‘We worked all our lives and this was the time we wanted to enjoy together’: ‘Devastated’ husband reveals how wife died from breast cancer after not getting screening aged 70

A bereft husband whose wife of 55 years died of breast cancer after never being  offered a final breast scan fears thousands may have lost their lives needlessly because of the NHS scandal.

Brian Gough’s wife Trixie is among the 450,000 women who never got a screening appointment meant for all women aged between 68 and 71 and breast cancer would claim her life shortly after she turned 76.

The 77-year-old from Norfolk has shared photos including one poignant image of her at home in the days before she died.

Mr Gough ‘had no idea’ about the scandal until he saw Jeremy Hunt’s speech on TV today and told MailOnline: ‘I was completely gobsmacked and knew straight away Trix was one of the people never given a scan. I’m devastated. I have her ashes next to me. 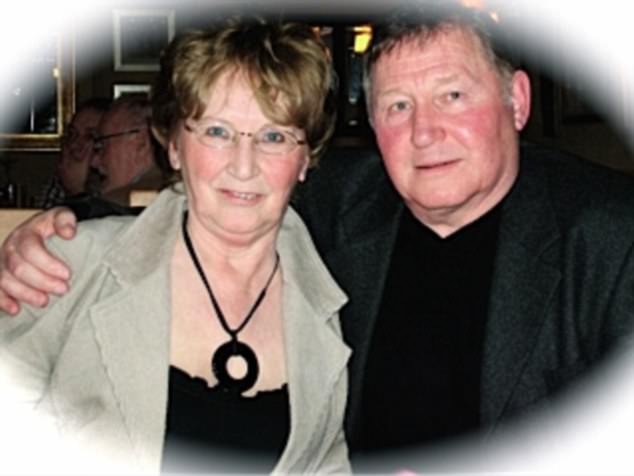 Brian Gough’s wife Trixie is among the 450,000 women who never got a screening appointment and breast cancer would claim her life days after she turned 76 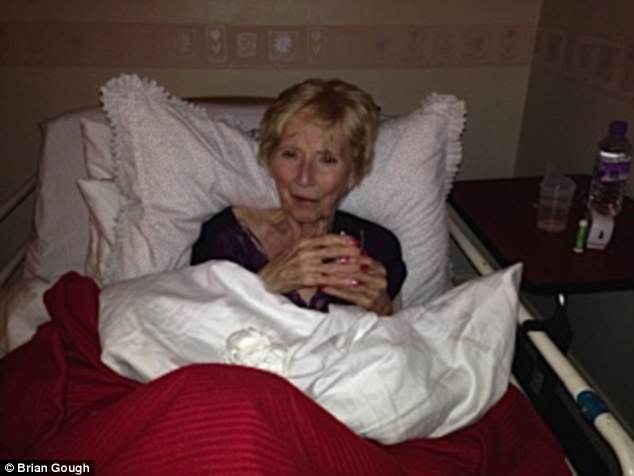 Trixie fought her cancer bravely, pictured here at home in the weeks before her death on December 28, 2015

He added: ‘I’m amazed that it has taken them the best part of a decade to spot the problem. It’s extraordinary. There are thousands of real people involved in this, people like Trixie, who didn’t deserve to lose their lives.

‘I’m not saying she wouldn’t have got cancer but it could have been found earlier if she was given the scan. You have to wonder if the result would have been different’.

WHO IS ELIGIBLE FOR BREAST CANCER SCREENING AND HOW DOES IT WORK?

What is breast cancer screening?

Screening is a procedure which allows doctors to catch breast cancer while it is still in its infancy and therefore easier to treat.

It involves an X-ray test – known as a mammogram – to check for signs of cancer which are too small to see or feel.

The results of the mammogram will be sent to the women and her GP within two weeks. Around 5 per cent will be called back for further tests.

Any woman concerned that they might have breast cancer can see their GP and be referred for a screening.

But in recognition that the risk of getting breast cancer increases with age, all women aged between 50 and 70 who are registered with a GP should automatically be invited for screening every three years.

Women are first invited for screening between their 50th and 53rd birthday, although in some areas they are invited from age 47 as part of a trial.

How are they invited?

The screening process is overseen by Public Health England, which uses an IT system to send out invitations.

‘We worked all our lives and this was the time we wanted to enjoy together. That’s not possible now. She’s gone and I live alone’.

He added Trix was ‘taken too soon’ and said: ‘It’s been very painful going over this again but she was a wonderful, brave, uncomplaining wife for almost 56 years and she is still missed enormously by all of the family Taken to soon a victim perhaps of others failings’.

Jeremy Hunt claims up to 270 women may have died early because the blunder caused by a computer glitch.

Mrs Gough wife failed to receive notification to make an appointment for screening by the time she was 71.

In October 2010 she found a lump in her breast and we immediately saw her GP who sent her for a scan with the outcome being breast cancer.

She underwent surgery followed by radio therapy and chemotherapy but after 2 years cancer returned and she again went through a period of chemotherapy and blood transfusions until it spread to other organs and she lost her life on 28th December 2015.

Jeremy Hunt today told the Commons that a ‘computer algorithm failure’ dating back to 2009 had meant many women aged 68 to 71 were not invited to their final routine screening.

It is not known whether any delay in diagnosis resulted in avoidable death, but it is estimated that between 135 and 270 women had their lives shortened as a result, he said.

An independent review has been launched into the ‘serious failure’ in the programme, overseen by Public Health England (PHE), which was discovered in January. 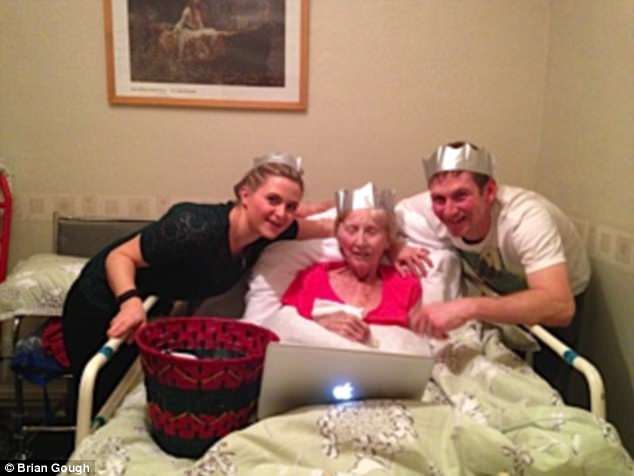 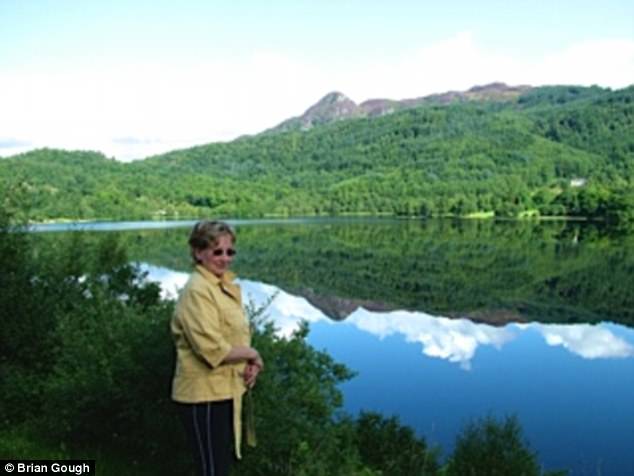 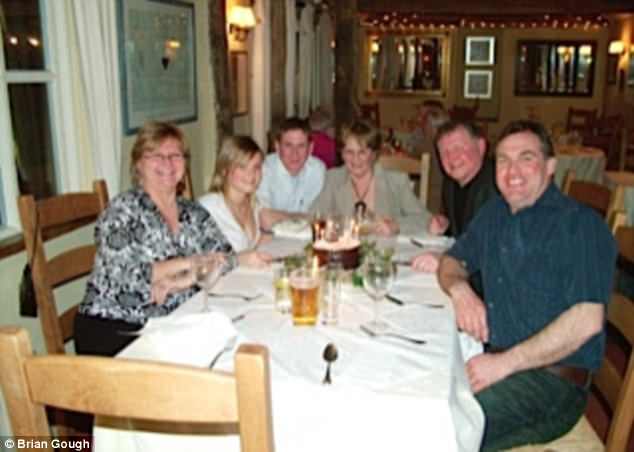 Mrs Gough, pictured with her husband and family, died just days after turning 76 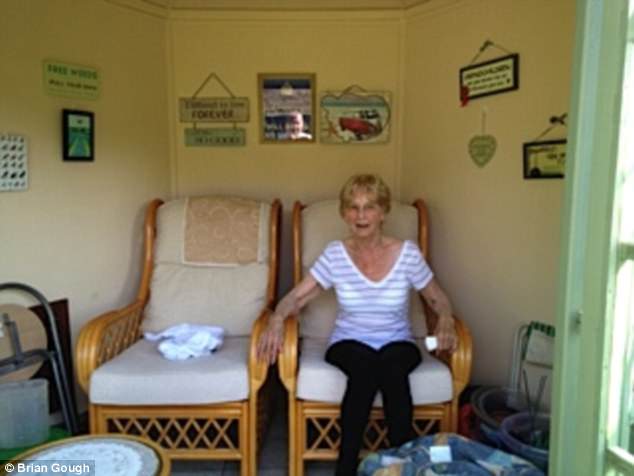 Mr Gough said he was ‘gobsmacked’ by the scandal and knew ‘straight away’ his wife, pictured, had not been given the scan

Mr Hunt told the Commons: ‘Earlier this year PHE analysis of trial data from the service found that there was a computer algorithm failure dating back to 2009.

‘The latest estimates I have received from PHE is that as a result of this between 2009 and the start of 2018 an estimated 450,000 women aged between 68 and 71 were not invited to their final breast screening.

‘At this stage it is not clear whether any delay in diagnosis resulted in any avoidable harm or death and that is one of the reasons I am ordering an independent review to establish the clinical impact.

‘Our current best estimate – which comes with caveats as it’s based on statistical modelling rather than patient reviews and because there is currently no clinical consensus about the benefits of screening for this age group – is that there may be between 135 and 270 women who had their lives shortened as a result.

‘I am advised that it is unlikely to be more than this range and may be considerably less.

‘However, tragically, there are likely to be some people in this group who would have been alive today if the failure had not happened.’

Women in England between the ages of 50 and 70 are currently automatically invited for breast cancer screening every three years.

They should receive their final invitation between their 68th and 71st birthday.