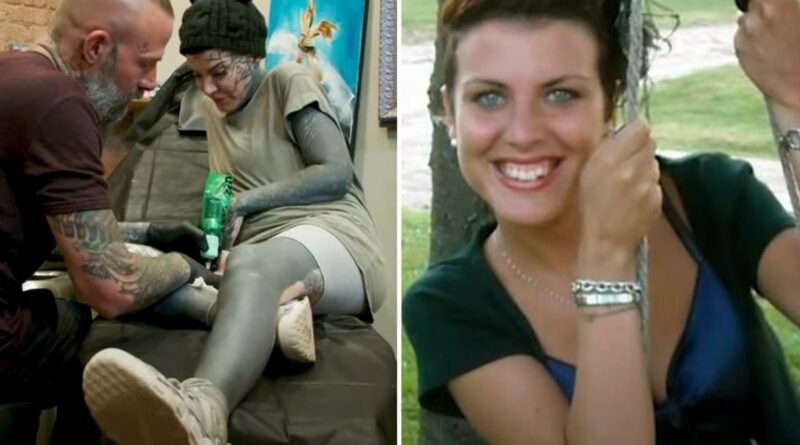 Michela Bottin-Ackerman, 32, has tattooed 95 percent of her body – with 75 percent covered in black ink. 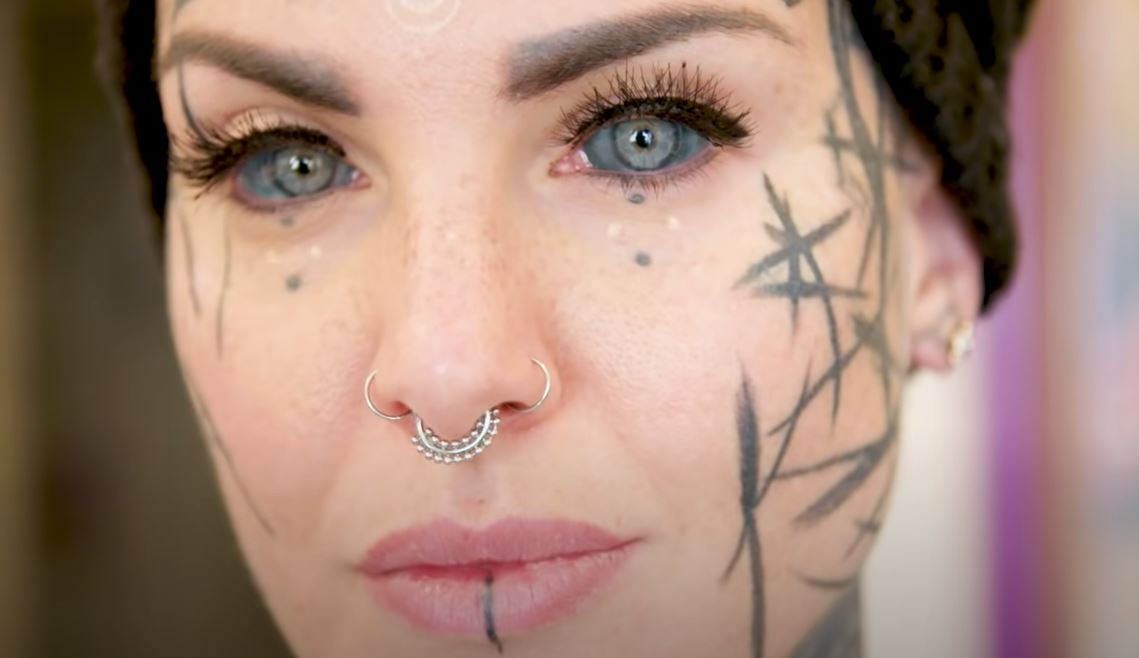 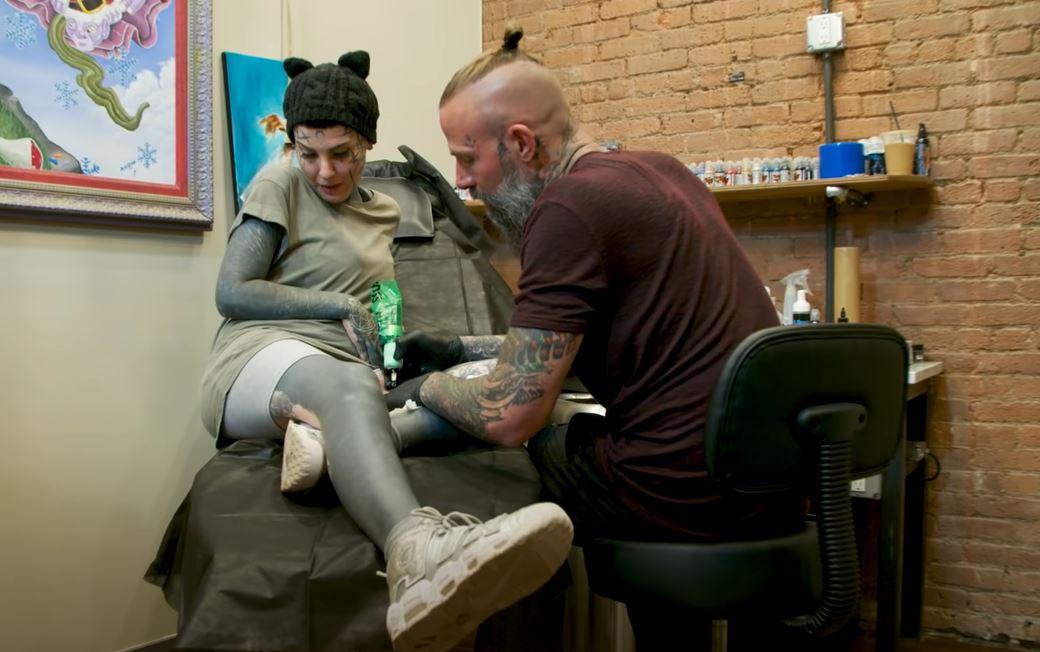 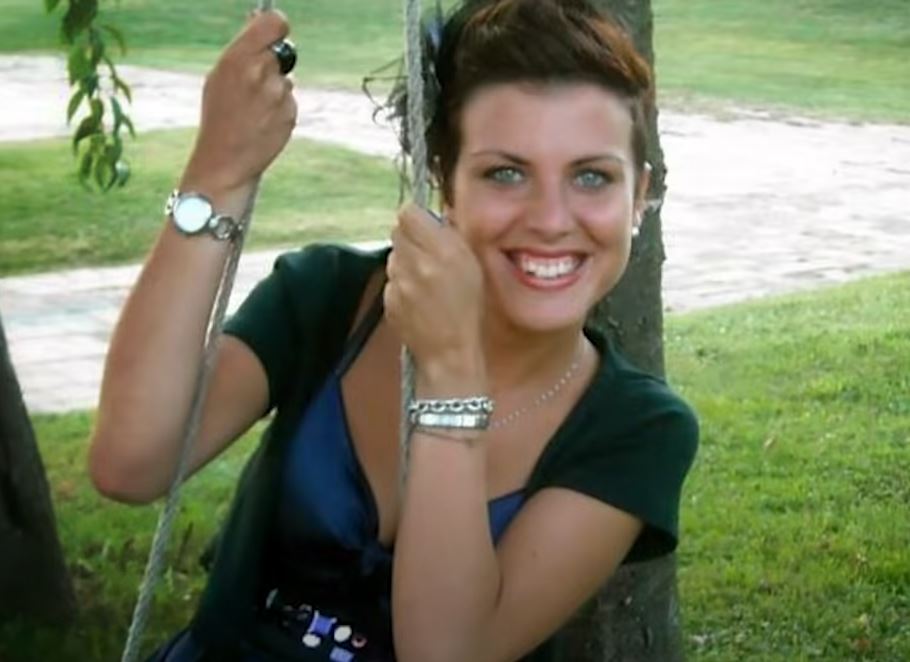 Now a New Yorker, Michela grew up in a small town in Italy where she got her first tattoo as a teenager.

She started with cartoon and animal-inspired body art before filling larger portions of her body with black ink.

Michela told Truly: “I started to black out my body as a last resort for a cover up, and it felt good, I actually liked it, I planned another session for the arms and since then I have gotten more and more.

"I feel like people can understand or question a little bit of my person because of my tattoo."

Having her skin blackened out gives her a lot of confidence and she also has body modifications too.

She's has scarification – permanent markings done by cutting the skin – on her face and her arm, and also has the tongue split as well as tattooed eyes, and she recently pointed out her ears.

Michela says she doesn't think she's ever going to stop getting tattoos.

She says her addiction wants to erase superficial mind frames and her habit fuelled by not wanting to be known as the "pretty girl".

Michela said: "I was kind of the normal, good looking girl, the way it got to be like this is because I want to kind of erase that beauty."

Another extreme tattoo fan has spent a whopping £75,000 inking almost his entire body.

Remy, 33, from Canada, got his first facial piercing in 2001 before kicking off his tattoo journey around eight years later when he got his son's name inked on his arm.

The chef has since splurged a fortune on his head-to-toe transformation which includes piercings and jewellery on his body. 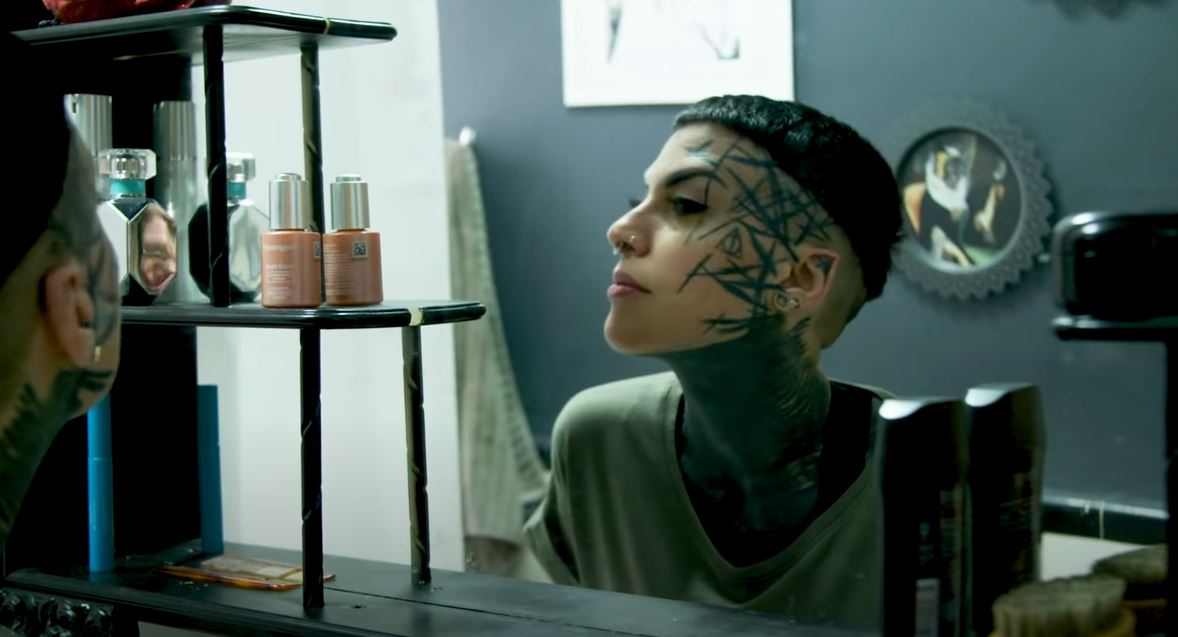 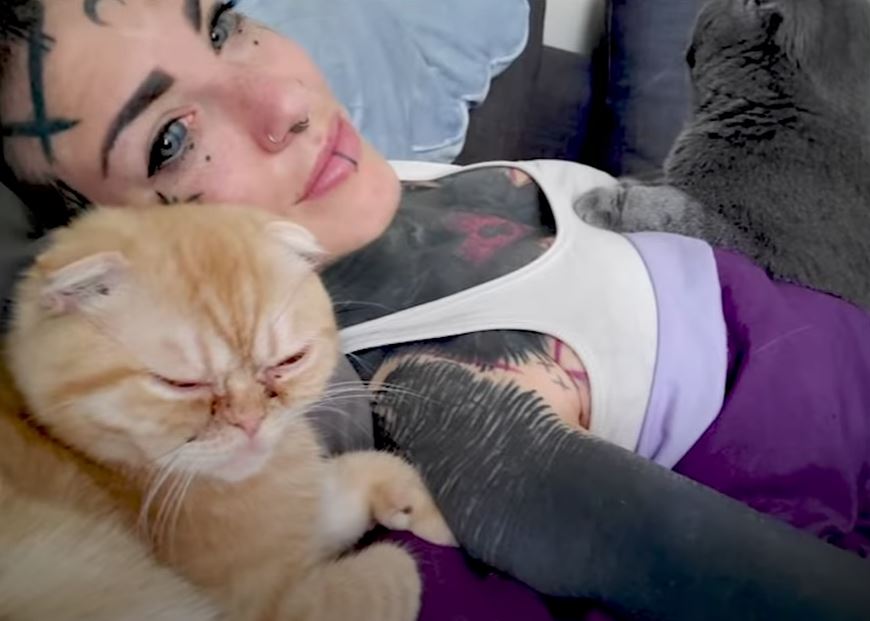 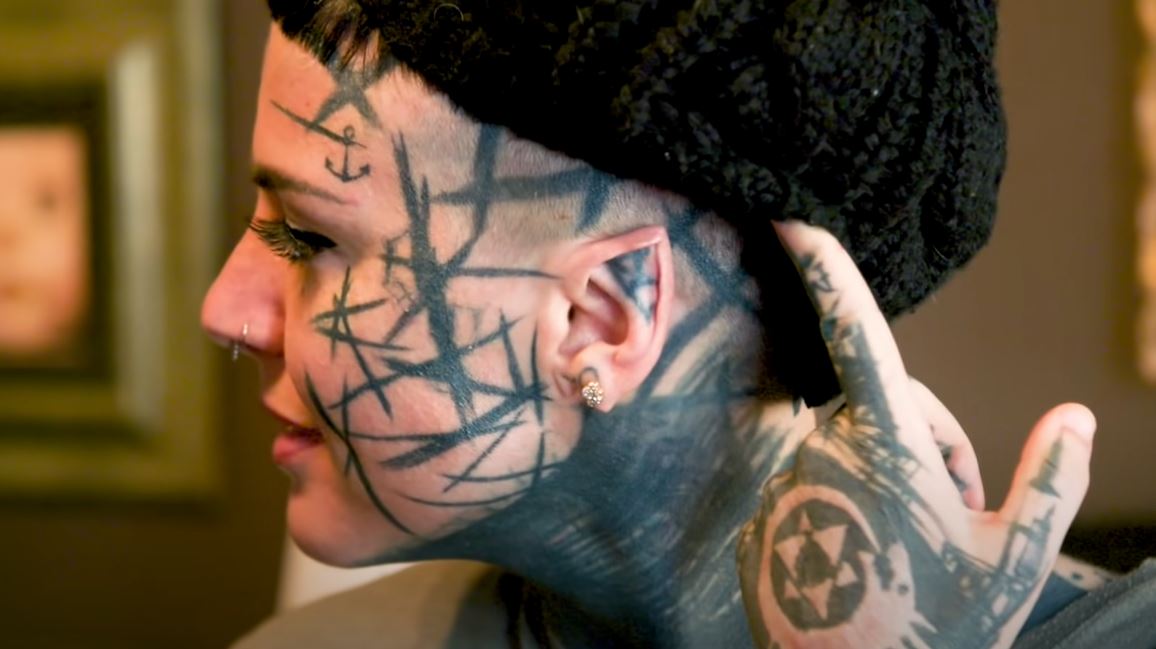 But it's not just singles modifying their bodies in extreme fashion.

A couple tied themselves together with hoodie strings through their noses to show their love for each other.

A photo shows the pair lying face-to-face with the man holding the string that has been threaded first through his nose and then hers.

Despite unique method of expressing their love, the couple still have a way to go match Victor and Gabriela Peralta.

They hold the world record for having the most number of body modifications, with 84 between them. 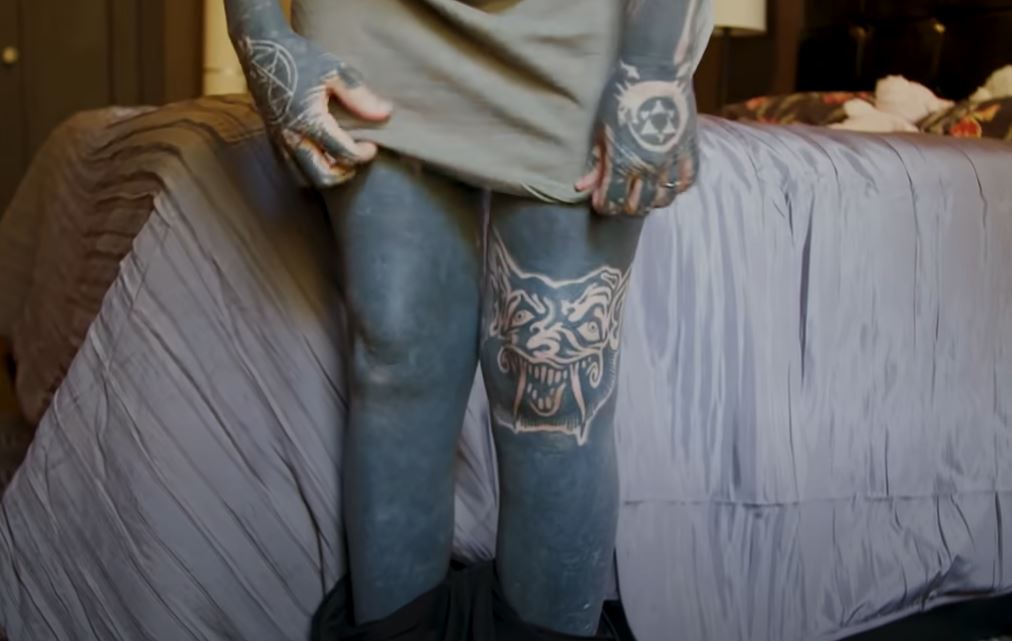 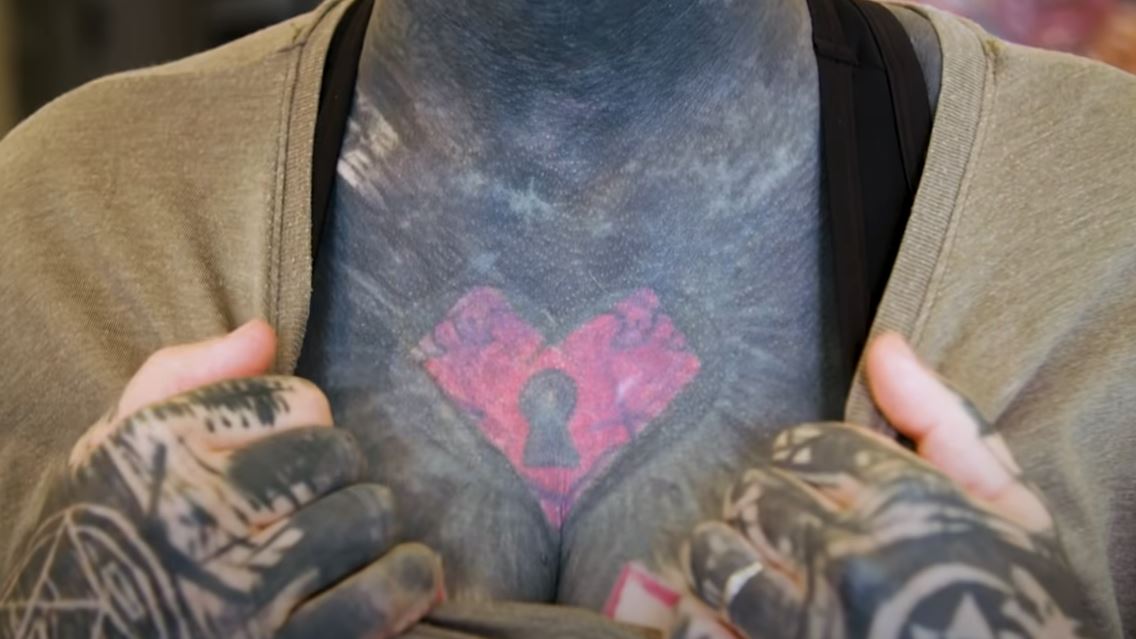