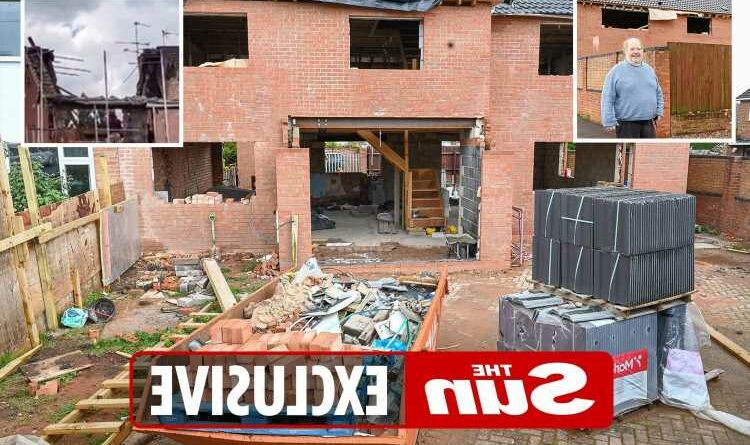 A HOMEOWNER has been living a nightmare and fears that her ceiling will collapse after her neighbour built a £300,000 illegal "monster mansion."

Gurwinder Singh razed the 1950s semi-detached home to the ground before embarking on a scheme to build the pad of his dreams in Willenhall, West Mids. 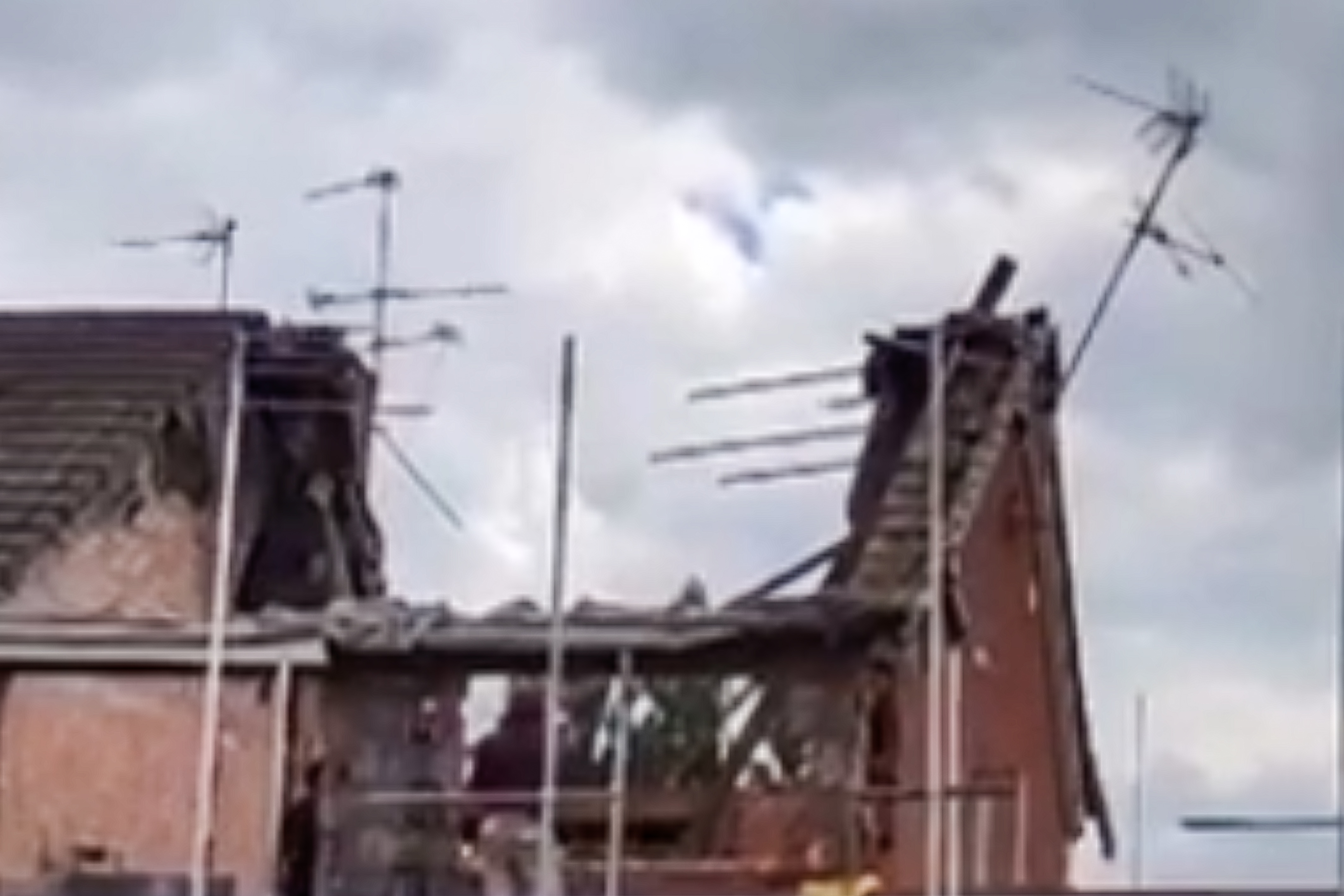 But he has now been ordered to knock down the horrific half-build after neighbours unearthed that it had been built without planning permission.

Footage obtained by Sun Online shows workers with ropes pulling down the gable end of what remained of the modest three-bed semi, causing rubble to crash to the ground.

A pensioner, whose home adjoins the brand new house, said drills and a steel beam prodded through her dividing wall. 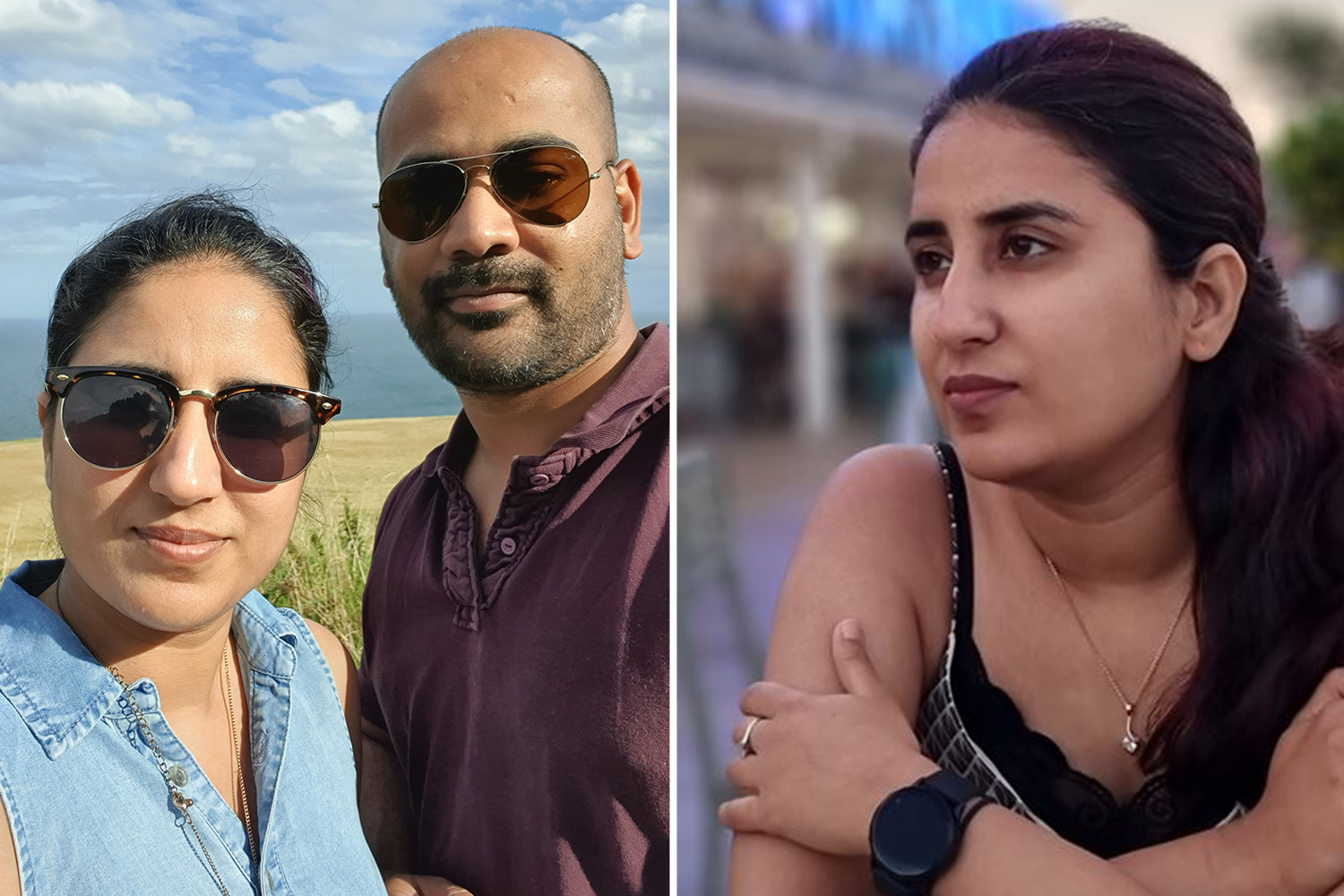 And wall experts warned the woman not to sleep in an upstairs bedroom for fears her roof might collapse.

The woman, who asked not to be named, claimed that workers also used the garden as a loo while they were destroying and rebuilding the home.

And now with the council order, she's set to endure even more disruption as it's going to be knocked down again.

She said: “It’s been a nightmare. I’m widowed, I live on my own and all I want is peace and quiet.

“Instead I’ve had jackhammers going off from 8am to 10pm every day and drills going through my wall.

“I can’t even use one room because I’ve been told the chimney could collapse through the ceiling.

“From what I can tell there are no health and safety measures in place of any kind.

“They were using the garden as a latrine. I would go out to do some gardening and there would be someone with their trousers dropped.

“I was living a perfectly quiet normal life but it’s been taken away from me.”

Mr Singh bought the house in 2020 for around £190,000 and applied for planning permission for a two-storey extension.

In December that year, he bulldozed the entire house and enlisted workmen to build a home three times bigger than the original.

The woman, who spent £3,000 in legal fees to get the work stopped, added: “He told me that he always wanted a huge lounge.

"But why could he not just have bought a home that had a huge lounge – or a plot of land with the space to build on?

“When he first moved in he was lovely and bought me a bottle of wine. He didn’t mention to me at all what his plans were.”

Today, piles of rubble and building materials can be seen inside the shell of the four-bed home, which has not had its windows installed.

The roof appears to have sunken, raising fears that it is not properly supported underneath.

Neighbour Ron Jenkins, 72, is a builder with more than 50 years’ experience.

He said: “It’s one of the worst builds I’ve ever seen. The only redeeming thing is the brickwork – the rest is just awful.

“I was sitting in my garden watching them crack on and just scratching my head at what they were doing.

“I’ve spent my life doing extensions and I’ve nothing against them at all. But there is a reason there are planning rules – and it’s to stop things like this.

“The roof is half-finished and whether there’s the structure to hold it up, I’m not sure.

“I’ve never seen anything quite like it in my life.”

Walsall Council received a 95 complaint petition from furious neighbours who said the home “looks like a sports hall” and is far bigger than houses around it.

This month, it issued an enforcement notice ordering Mr Singh to tear down the home after refusing a retrospective planning application.

"I am sick and tired of seeing breaches of planning regulations around the borough because people think 'I do that because I can'.”

Rylan in shock feud with I’m A Celeb star as she tells him to ‘get real!’

Mr Singh's agents, Architecture and Interior Design Ltd said: "Unfortunately, while work was being carried out the builders on site removed most of the existing walls of the residential.

"This meant that the building required new brick work and when enforcement got involved they suggested that to fix the issue the site should go through the application process again as a retrospective planning."