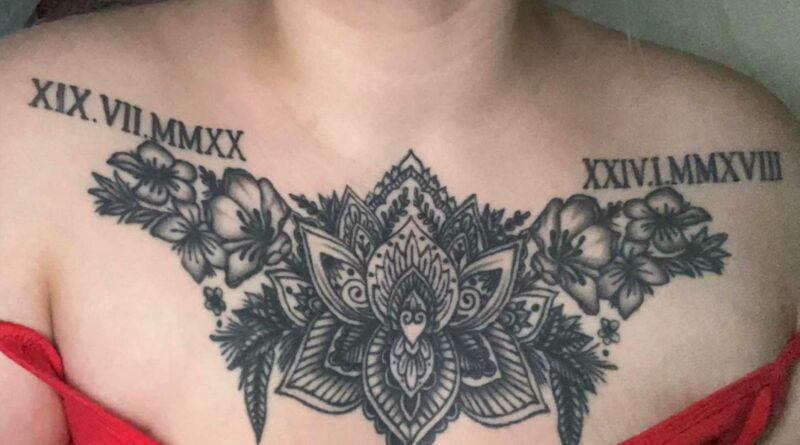 A MUM has revealed the horrific abuse she was sent by one of her Facebook friends after getting the same chest tattoo.

Charley Buckham, 23, says she got the inking done in 2019 after seeing an image of the intricate pattern which had been posted online by a tattoo artist. 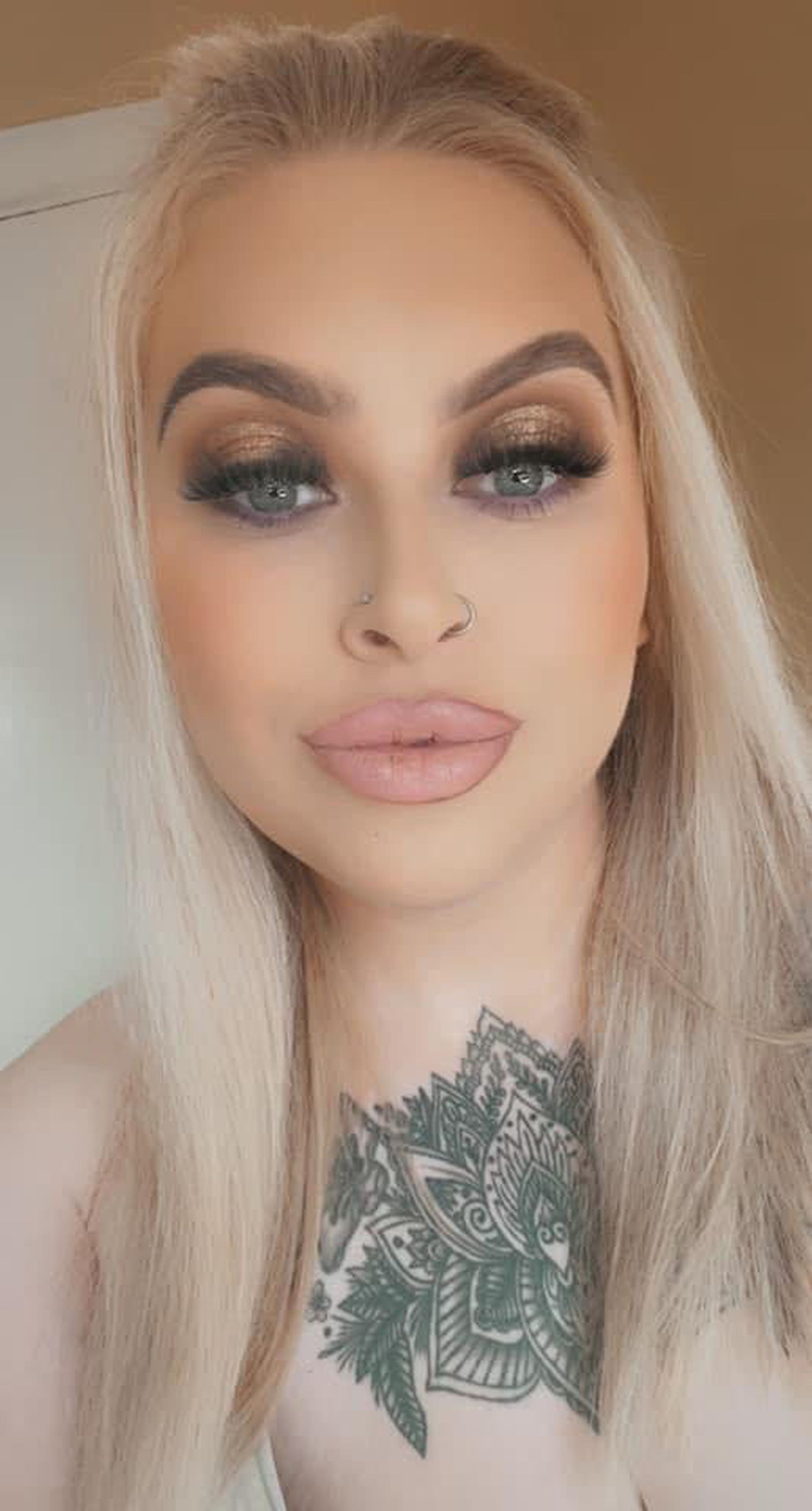 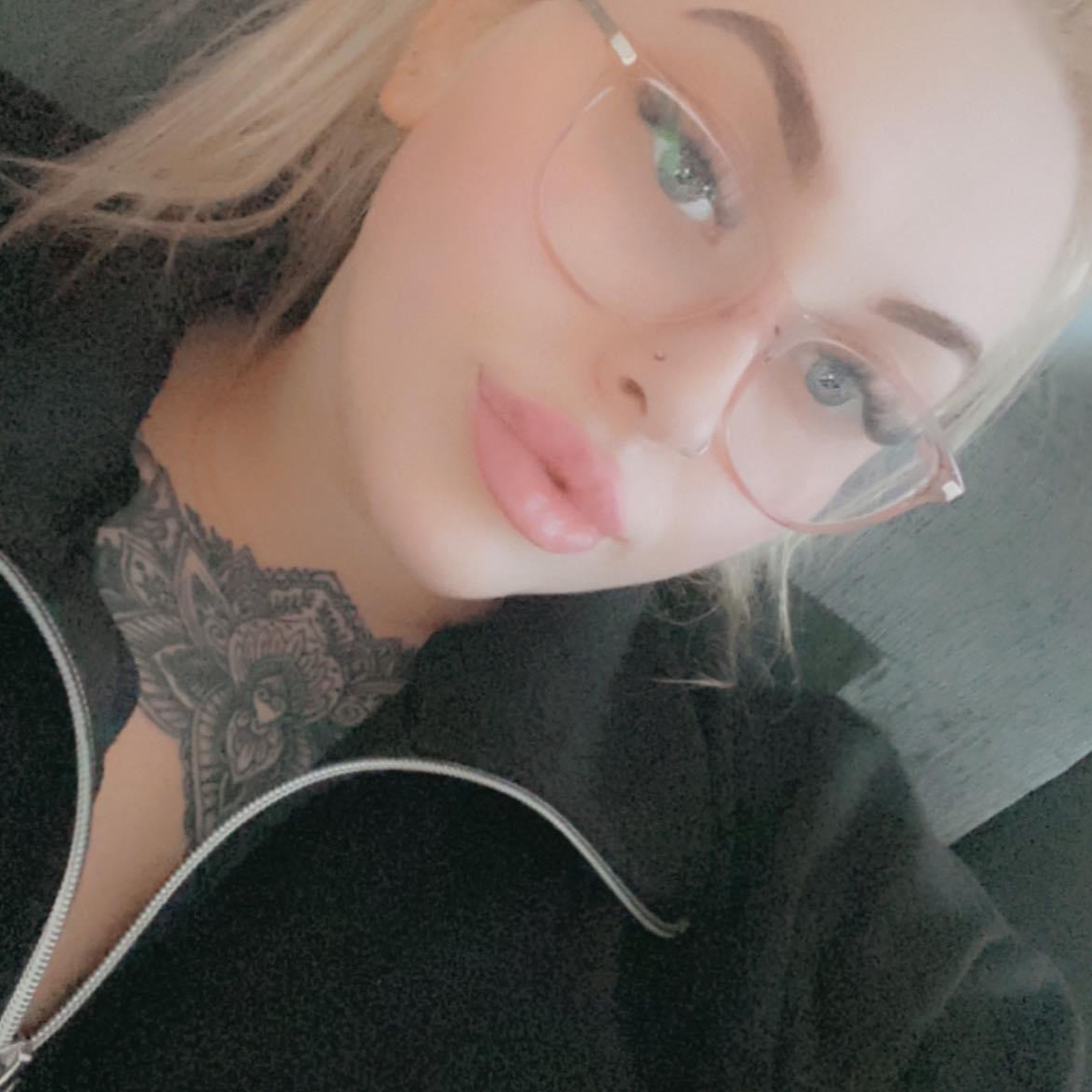 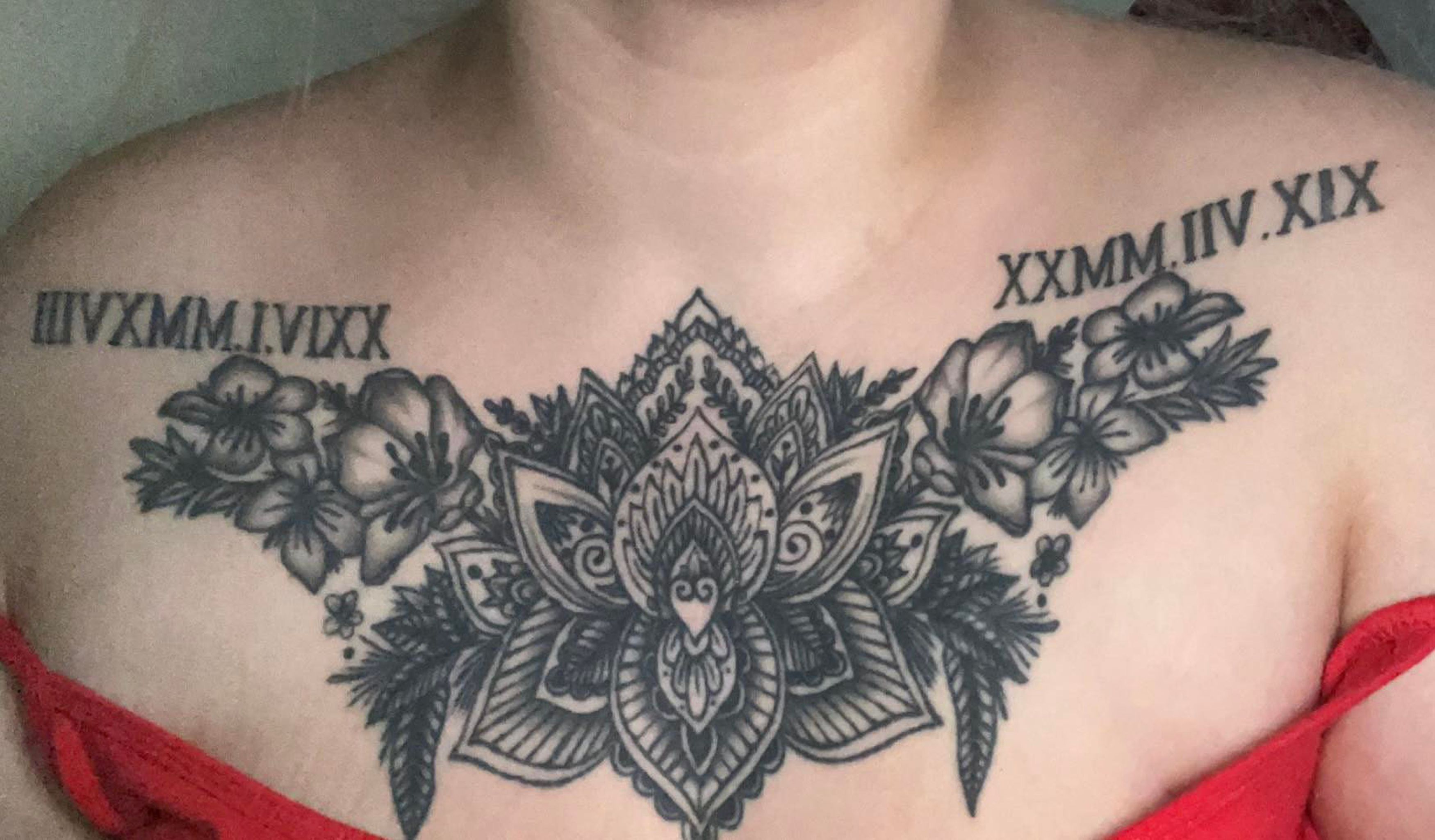 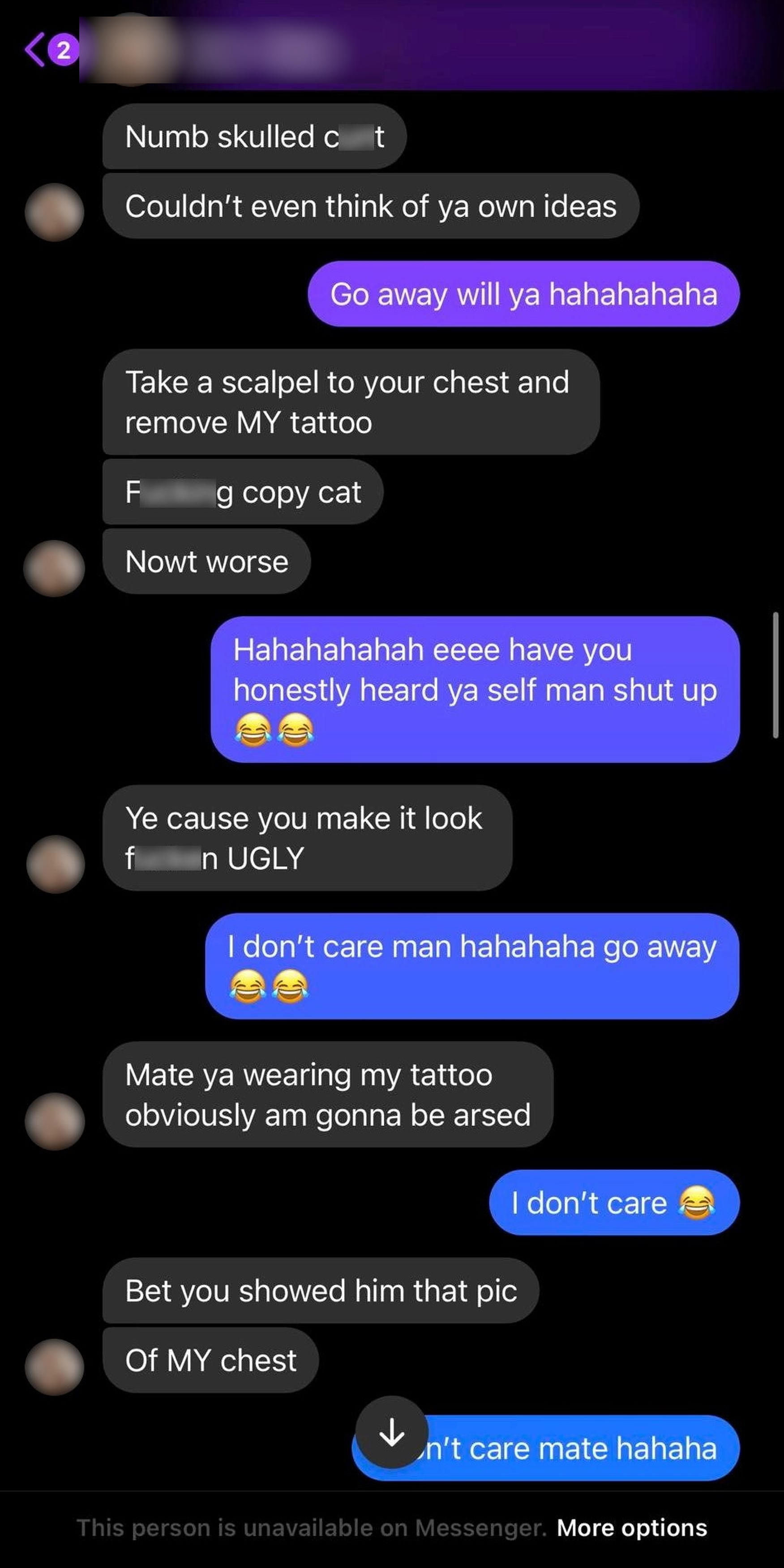 Out of the blue on August 13 this year she started receiving a barrage of verbal abuse in Facebook messages from a woman called Evie, who blasted her for “copying” her design.

Charley, from Gateshead, Tyne and Wear, who had recently shared a picture of herself with the tattoo on display, soon discovered she was Facebook friends with the woman due to them being from a similar area.

The beautician received an onslaught of insults from the furious woman who branded her an “unoriginal copycat” and “fat heifer” who had “ruined” her tattoo.

Charley admitted to getting the tattoo after seeing the design shared by Evie's tattoo artist on Facebook and “doesn't care” they have identical designs. 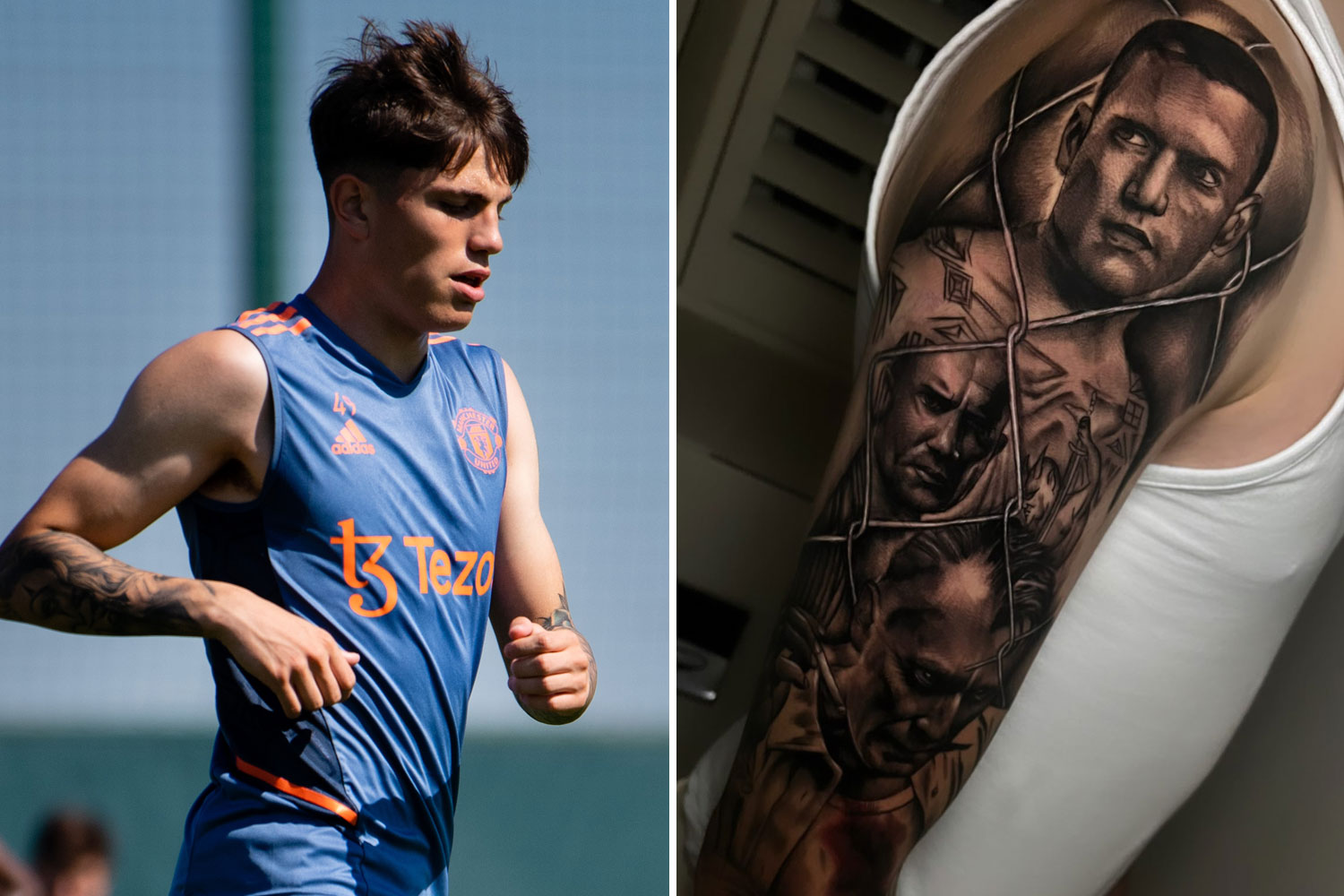 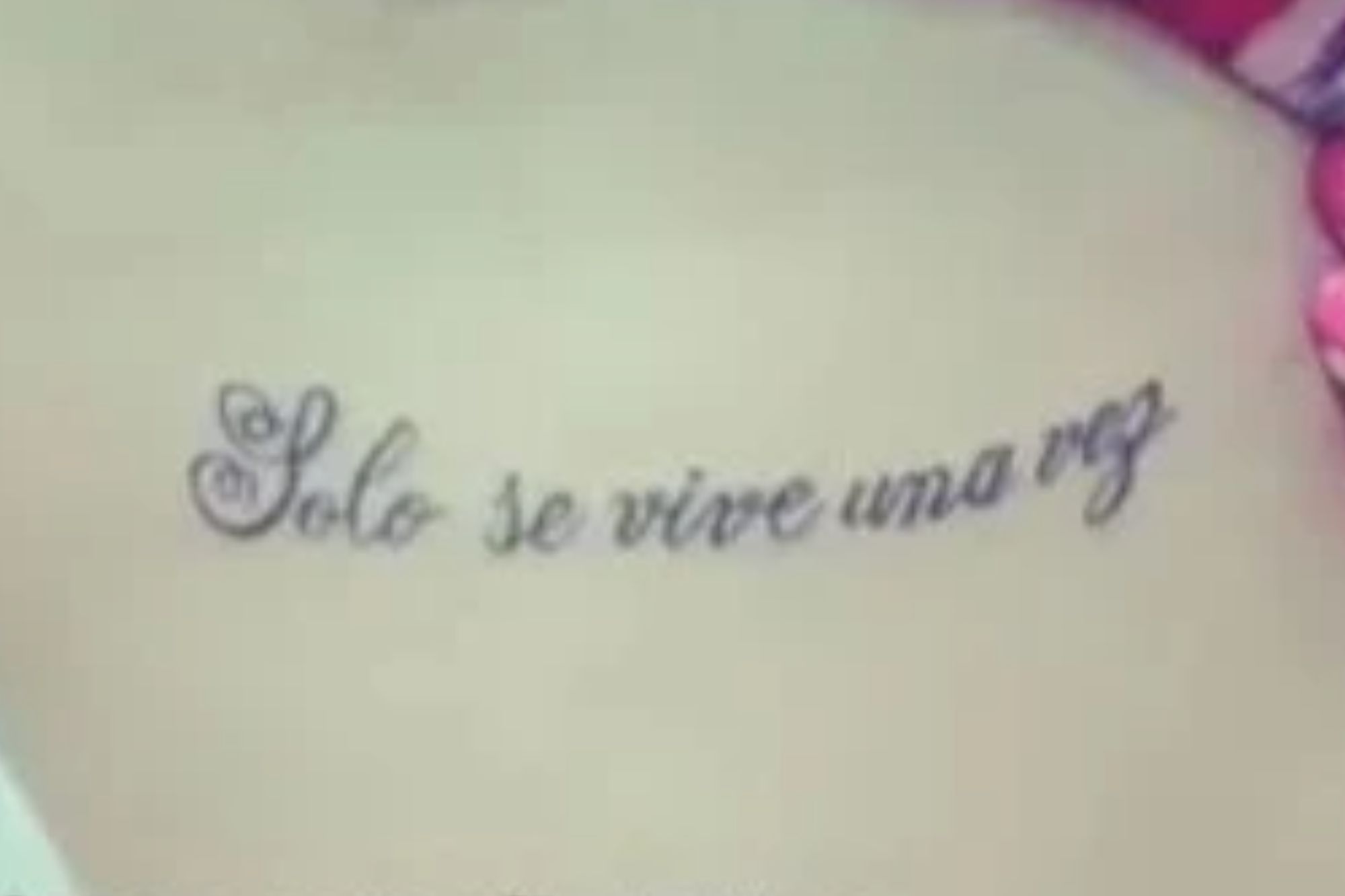 In the thread of irate messages, Evie claimed the design was an original sketched just for her.

However the mum-of-two has since found the original tattoo artist's post sharing the design from 2015 – a year before Evie got the inking with a different artist.

Charley said: "To be insulted for my weight and looks over a tattoo she found on Google and I could quite easily have found myself is absolutely vile.

"To then be told to get a scalpel and cut it off my chest is just psychotic, I wouldn’t ever show myself up and be so nasty and pathetic over a tattoo. 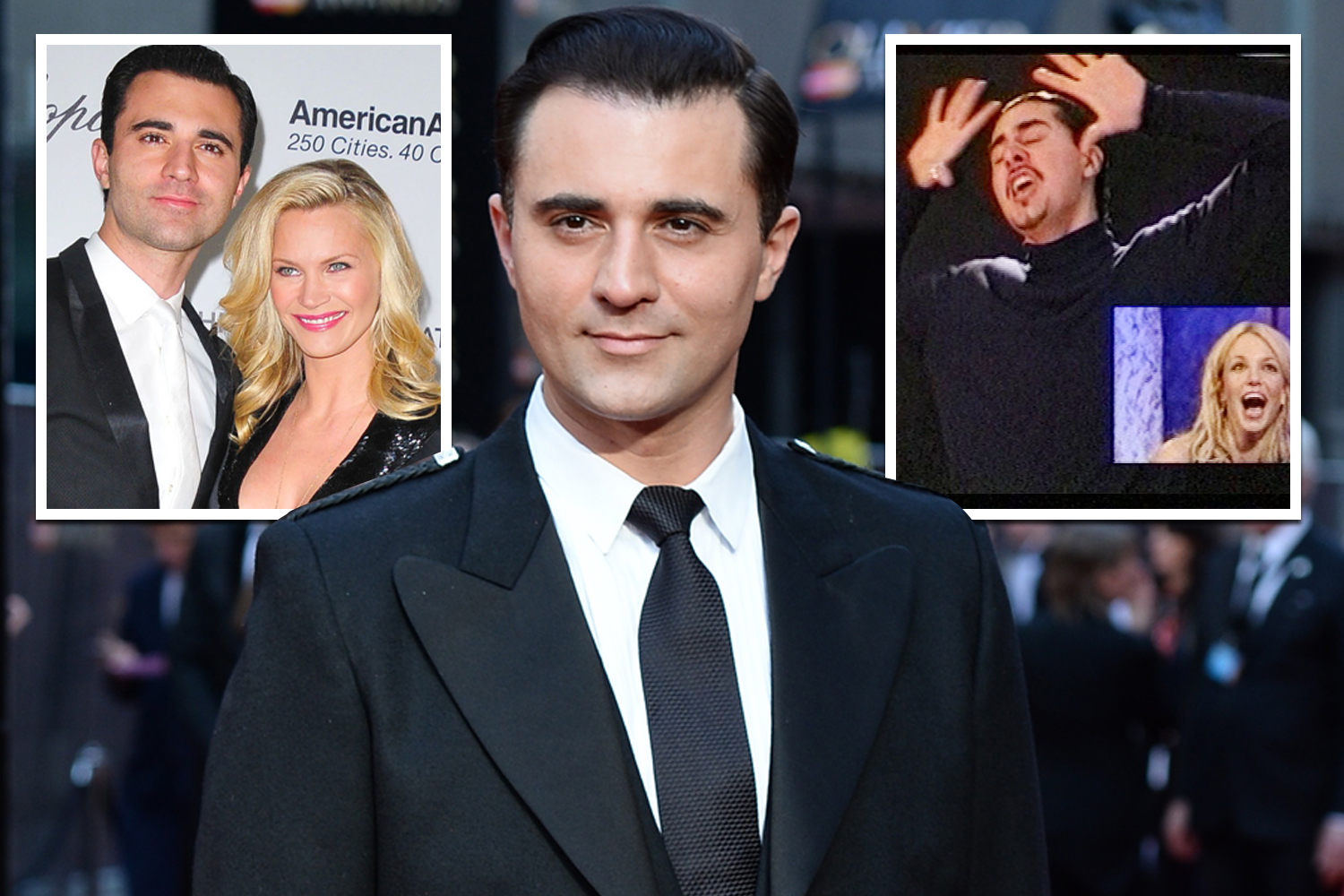 Some of Evie's messages read: "You've made it look f**king rank.

"Take a scalpel to your chest and remove MY tattoo."

Evie posted about the spat on Facebook which prompted Charley to post about the exchange herself, revealing some of the messages she had received.

One commenter said: "Wow, she sounds like a child! That's proper pathetic.

Another said: "Her messages scream 'I'm insecure and I hate myself'. Good on you for just laughing at her."

Whereas some argued that both parties were at fault, with one commenter saying: "Embarrassing on both ends."

Evie said she “regretted going off on one” but defended her actions and said that, while she had copied the tattoo herself, Charley was in the wrong because she had copied it from someone's chest rather than just from a design. 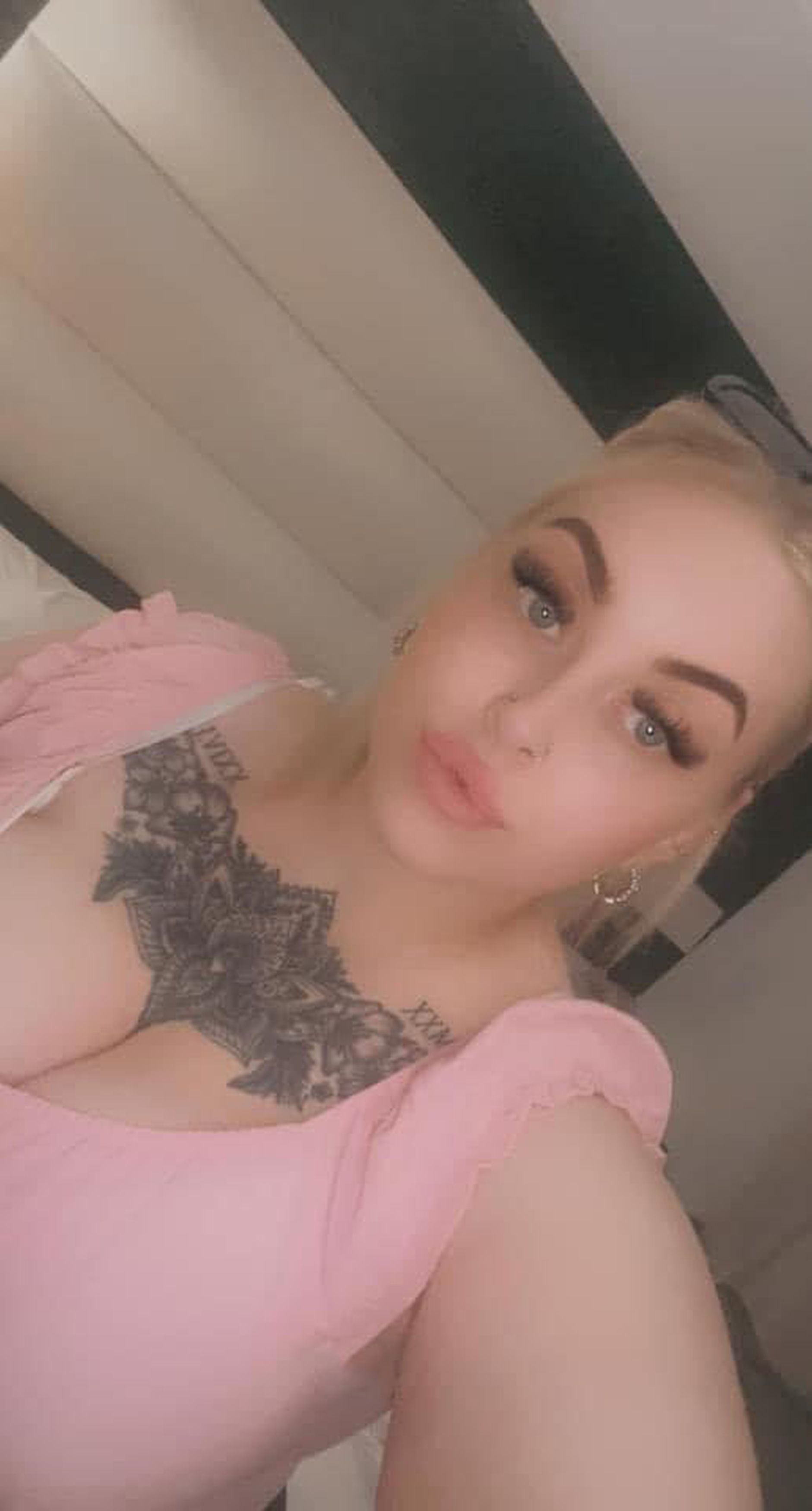