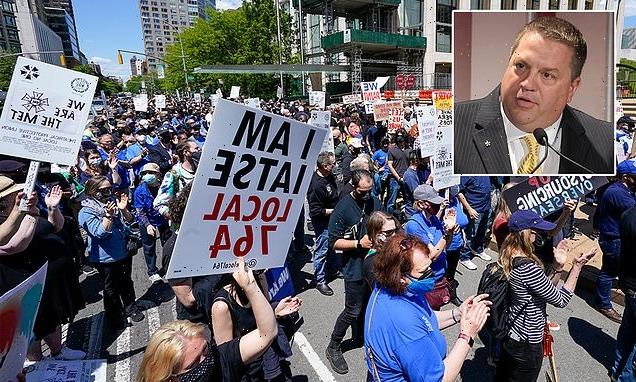 Movie and TV production could grind to a halt as leaders of 150,000-member Hollywood crafts union push vote to strike over low pay and marathon workdays

Hollywood union workers could start a historic strike as early as next week that would halt almost all film and television production across the country.

Leaders of the International Alliance of Theatrical Stage Employees, or the IATSE, will ask tens of thousands of their 150,000 union members to authorize a strike during an emergency virtual town hall Wednesday night.

The vote, if approved, would allow union president Matthew D. Loeb to order the strike if given the green light.

What’s more, workers would be polled ‘nationwide,’ according to the union, which represents crewmembers including grips, cinematographers, editors, costumers, hairstylists and more. 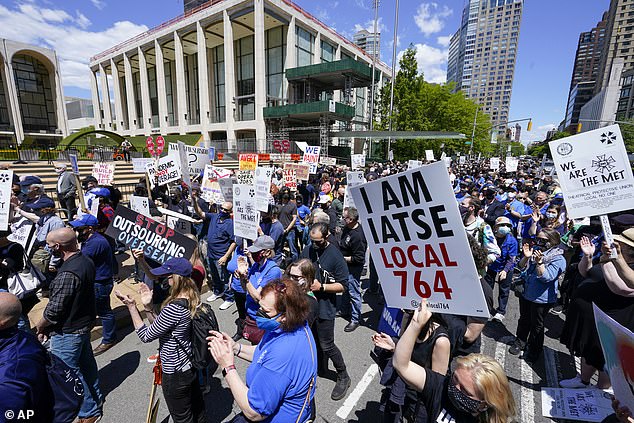 The decisive move from union officials comes after four months of increasingly embittered negotiations between the union and the Alliance of Motion Picture and Television Producers.

After months of back-and-forth, both bodies failed to come to a consensus on a contract.

IATSE members say they’ve reached this point due to a confluence of unsatisfactory circumstances, like being forced to undergo intensive production schedules following the lapse in work brought on by the pandemic, and a new climate where workers are willing to share negative experiences through social media.

Workers in the historic Hollywood crafts union are fed-up with paltry pay and marathon workdays that have only worsened after workers returned to their respective crafts after the pandemic, and are seeking stricter penalties on their employers for missed meal breaks, more substantial rest periods, and greater compensation for streaming projects and weekend assignments.

IATSE members also are striving to increase wages for crafts that have contractual minimum hourly rates of less than $18 an hour, as well as increased contributions to health and pension plans.

The union recently revealed that producers like Netflix, Amazon, Warner Bros. and Walt Disney refused to respond to its latest proposals after the union’s contract expired earlier this month.

‘This failure to continue negotiating can only be interpreted one way,’ the IATSE said in a statement Monday. ‘They simply will not address the core issues we have repeatedly advocated for from the beginning.

‘As a result, we will now proceed with a nationwide strike authorization vote to demonstrate our commitment to achieving the change that is long overdue in this industry,’ the statement declared. 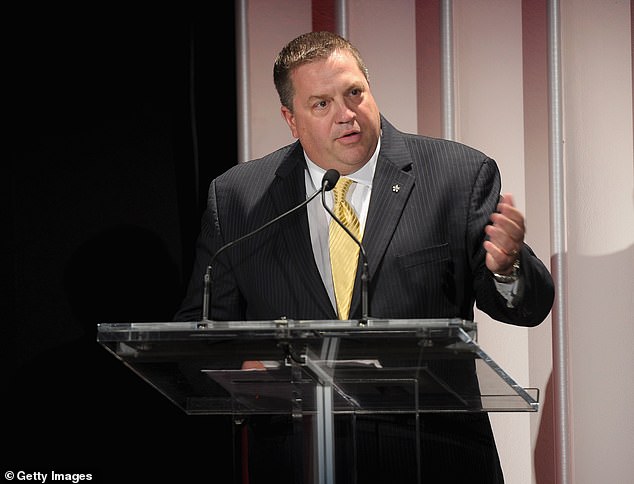 The vote, if approved, would allow union president Matthew D. Loeb to order the strike

The contract affects more than 43,000 of workers in the film and entertainment industry, working in live theater, motion picture and television production, trade shows and exhibitions, television broadcasting, and concerts – as well as the equipment and construction shops that support those industries.

The union is also in the midst of negotiating another contract, which affects 17,000 of their members working outside of the Los Angeles and New York regions.

These 60,000 members could be asked to cast their votes as soon as October 1, a person with knowledge of the process but not authorized to comment told The LA Times.

Studios, however, have so far not been receptive to the union’s demands – citing costs they have racked up as a result of the pandemic.

Streaming studios like Netflix, Disney, Hulu, HBO, Amazon, and Paramount have failed to come to an agreement with the IATSE concerning wages

They are instead looking for concessions from the union, such as less pay for work on streaming shows than for shows that air on TV, eliminated financial penalties for missed meal breaks, and an increase in the number of hours worked that are needed to qualify for health benefits.

In a statement, the Alliance of Motion Picture and Television Producers said it had ‘listened and addressed’ many of the union’s demands, including increasing minimum pay rates for certain types of new-media productions and footing the bill for a nearly $400-million pension and health-plan deficit.

‘When we began negotiations with the IATSE months ago, we discussed the economic realities and the challenges facing the entertainment industry as we work to recover from the economic fallout from the COVID-19 pandemic,’ the organization said.

‘In choosing to leave the bargaining table to seek a strike authorization vote, the IATSE leadership walked away from a generous comprehensive package.’

If the union does elect to have a vote for a strike, and that vote is indeed successful, a widespread walkout by IATSE members will not necessary follow – but it does gives union leaders more wiggle-room in talks with studios, as they would then have the legal ability to cease work on productions at a crucial time.

Producers, on the other hand, are fervently attempting to restructure and remarket various projects delayed by the pandemic, and reallocate resources to now-surging streaming platforms.

The proposed vote – which would happen electronically –  requires 75% approval of all ballots received and a simple majority of delegates in the bargaining unit.