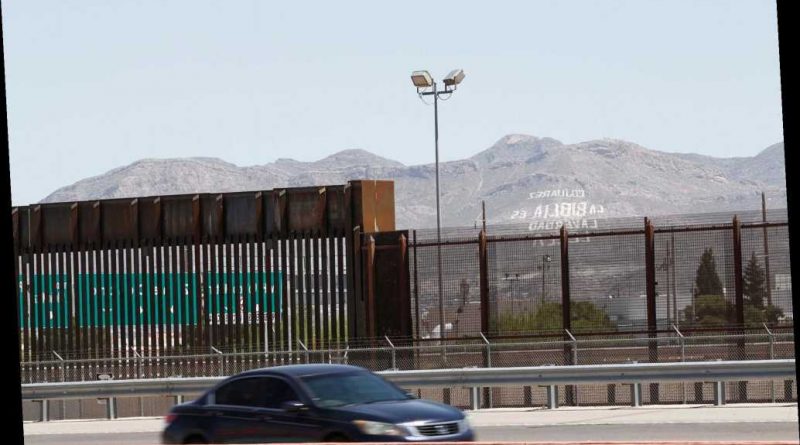 Watch this skater’s Mary Poppins impersonation across a frozen lake

The three were not released after discussions in recent weeks between the state prison system and immigration authorities. But the process of keeping them in custody raised alarms that ICE was declining to detain convicts contrary to immigration law, officials said.

ICE has dropped “detainer” requests against 26 people in Texas in recent weeks, said Jason Clark, chief of staff at the Texas Department of Criminal Justice. Immigration authorities issue detainers to local or state law enforcement agencies holding a person who is potentially in the U.S. illegally. When a person in the U.S. illegally completes their sentence for a crime, ICE can seek to take them into immigration custody.

In previous years, including under the administrations of Presidents Barack Obama and Donald Trump, ICE would not drop that many detainers from the Texas prison system in a year, Clark said.

“Our concern is that you have individuals that have offenses in which we believe they would pose a public safety threat,” Clark said. “And so dropping the detainer, in turn, is threatening public safety and we expressed that to immigration officials.”

On Biden’s first day in office, the Department of Homeland Security issued a memorandum directing immigration agencies to focus their enforcement efforts on three categories: threats to national security, threats to public safety, and immigrants who entered the U.S. illegally on or after Nov. 1. The memorandum was a departure from practice during Trump’s administration in which immigration agencies were given wide latitude on who to arrest, detain, and deport.

But people convicted of sex offenses against minors still qualify for enforcement. The memorandum defines public safety threats as incarcerated people “who have been convicted of an ‘aggravated felony’” as defined by a specific section of immigration law. That section begins: “The term aggravated felony means … murder, rape, or sexual abuse of a minor.”

Steve Yale-Loehr, an immigration law professor at Cornell University, said a conviction for sexual abuse of a minor would normally qualify as an “aggravated felony,” and that “such individuals remain immigration enforcement priorities.”

Word of the impending release of one of the men led Texas Gov. Greg Abbott to tweet on Feb. 5 that “Biden’s immigration policy is threatening safety in Texas.” The Republican governor’s widely shared post alleged that a prisoner convicted of child sex assault should have been transferred to ICE custody, but “Biden is releasing him into our community.”

The man to whom Abbott was referring, Jose Lara-Lopez, was transferred directly from the state prison system to ICE on Tuesday. He pleaded guilty two years ago in Houston to sexually assaulting a teenager.

An Abbott spokesperson said in a statement: “Last Friday, the Governor was alerted to ICE’s intention not to uphold an ICE detainer under federal law. We are happy that ICE decided to change course and put our communities’ safety and our nation’s laws first.”

Juan Marroquin Vega, convicted of indecency with a child, was also transferred to immigration custody, Texas officials said. Luis Manuel Almanza, who was convicted of sexually assaulting a teenager, had his parole approval rescinded after ICE dropped the detainer against him, and is now set to remain in prison for at least another year, according to the state.

ICE declined to comment Friday on whether it had initially dropped detainers on the men convicted of sex crimes. In a statement, the agency said it “makes arrest and custody determinations on a case-by-case basis, based on the totality of the circumstances and does so in compliance with federal law and agency policy.”

Civil-rights groups have criticized the use of detainers as violating due process rights and noted that ICE has at times wrongly placed detainers on U.S. citizens. Texas’ Republican-led Legislature passed a law in 2017 requiring local and state law enforcement to comply with detainer requests.

ICE’s implementation of Biden’s new guidance is affecting criminal cases elsewhere. On Friday, a Colorado judge decided against dropping charges against a mentally ill Danish man accused of starting a large wildfire in 2018, reversing course after a prosecutor said the man would not be deported if released from jail.

Application of the memorandum appears to be uneven across the country, with immigration lawyers in other states reporting that ICE has declined to release immigrants the lawyers believe should be newly allowed to go free.

Former Trump administration officials and some within ICE have objected to Biden’s immigration approach. An officer in ICE’s Houston field office, which was involved in Lara-Lopez’s case, wrote last month in an email first given to Fox News that agents were to stop all deportations and “release them all, immediately.” That guidance was later retracted by a superior.

Texas successfully won a restraining order barring the Biden administration from enforcing a 100-day moratorium on deportations that was also a part of the same Jan. 20 memo. U.S. District Judge Drew Tipton’s order did not bar the implementation of the enforcement priorities.