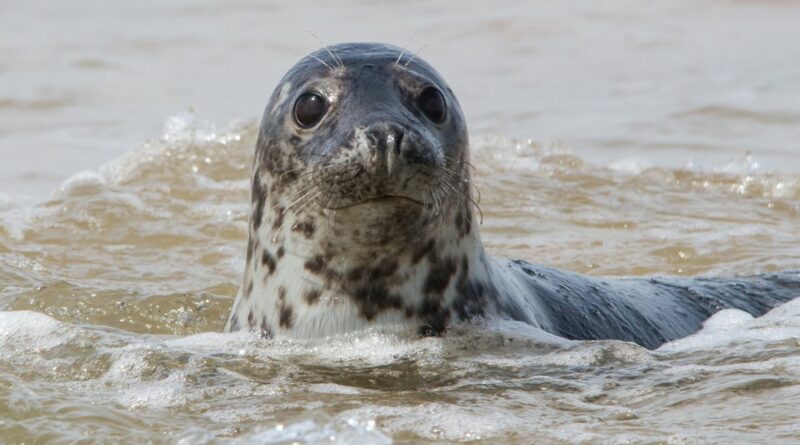 A seal protection group warned the public to keep their distance from the wild and vulnerable animals after sharing footage of a reckless beachgoer taunting one of them.

Facebook group Friends of Horsey Seals posted pics of a group of people, including a young child, straying close to the mostly pregnant and vulnerable animals near Horsey Beach in Norfolk.

One seal goes into the sea after a man walks up to it, crouches down, and moves an arm towards it.

Friends of Horsey Seals posted that this put the seals in danger – and the idiotic beachgoers captured by the photographer, too.

"This type of behaviour is totally unacceptable especially as the majority of seals on the beach are pregnant at the moment," they wrote.

They urged people to keep at least 10 metres away.

Friends of Horsey Seals also warned they are wild animals and will bite if they feel threatened.

The animals venture to the beach for a rest, they added, not harassment.

Haylea Allison, of Norwich, who took photos and a video of the group on Sunday evening, said the people ignored her requests to move away from the seals.

She sent her footage to the volunteer group, which shared it online.

A man was "taunting" a seal and it "ended up going into the sea", she said.

Friends of Horsey Seals vice-chairman David Vyse said: "They're wild animals and they will bite.

"Not only that, but they've come out of the water to rest and it's anti-social behaviour when you try to push them back into the sea. It's awful."

"[They] will bite you if they're cornered, they will attack, their mouths are full of bacteria."

David explained victims of seal bites need to go to hospital immediately due to the germs they may be exposed to.

He said extra volunteer wardens are in place during the school holidays to talk to the public.

Normally wardens are only in place between November and January during the pupping season, he said.

David added: "That's when the seals have to be protected and not disturbed because if you did disturb them the mother would disappear and the pups could be abandoned.

"At this time of the year they're just coming up to rest and we just want to make them have a happier life. They shouldn't be disturbed.

"We don't want to turn people away – just keep a safe distance from the seals."