Home » World News » ‘If we want peace, we should send troops’ to Ukraine says expert 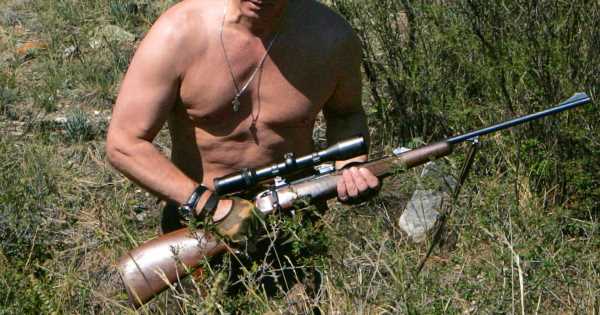 A security and Intelligence expert believes now could be the time to "send troops" into Ukraine following unconfirmed reports of Russia using "chemical weapons".

This come after reports yesterday of Russia using chemicals in the besieged city of Mariupol.

“If we want peace in Europe, we must give Ukraine all the weapons it needs and if necessary send our troops to help.” he told the Daily Star.

“I’m convinced of the fact that it is only through our strength that we will repel Putin and that once he's lost, [Russia] will get rid of him, as they got rid of Khruschev. We need to call his bluff”.

As yet, there’s no independent confirmation that Russia has used chemical weapons in Mariupol. Professor Glees says that confirmation can only come from the Organisation for the Prohibition of Chemical Weapons [OPCW] in The Hague.

“Although the OPCW aims at an initial report in 24 hours,” he explains.

“Full verification can take a year or two, as in Syria”

At least one chemical weapons attack during the Syrian civil war is thought to have been carried out by Russian forces although the Kremlin issued a statement that the attack had been “carried out by foreign agents,” specifically pointing the finger at the UK.

Putin is “undoubtedly a war criminal,” says Professor Glees, and should face justice at The Hague along with his “ghastly cronies” Aleksandr Dvornikov and Sergey Lavrov.

Dvornikov is currently the general in charge of the Russian thrust in Eastern Ukraine and is thought to have been directly involved in the chemical weapons attacks in Syria.

Professor Glees, an internationally recognised expert on European politics, security and Intelligence, added: “If chemical weapons were being used in Mariupol, it would be yet another example of Putin's readiness to discount the various Geneva and other conventions and not stick with the rules of war.”

There’s little chance of reaching a peace deal with Putin, he says.

“You can never do a deal with an odious authoritarian dictator who breaks every rule in the book, he says. “There can now never be an accommodation with Putin”.

The day the Russian high command decides it has enough of Putin, and gets rid of him the way it did with Khrushchev, is the time to start to build a relationship with the new Russia, suggests Professor Glees.

But until that day, he says, “Ukraine's danger is, and always has been, our danger. [Putin is] a Hitler and a mad dog, and as Churchill said 'if a mad dog makes a rush at my trousers, I shoot him before he bites’.”

The difficulty is finding a way of responding to the Russian threat that doesn’t immediately escalate into a global conflict.

“We all know Obama said in 2012 if Assad used chemical weapons in Syria, a red line would be crossed. It was crossed but he did nothing,” the professor says.

But now, he says, it’s time to take decisive action. He echoes the views of Armed Forces minister James Heappey, who has warned that “All possible options are on the table” if there’s evidence Russia is using chemical weapons in Ukraine.

“There are reports of the use of chemical weapons, we have not been able to verify those ourselves,” Mr Heappey told Sky News.

“But let’s be clear — if they are used at all then President Putin should know that all possible options are on the table in terms of how the West might respond.”

“Putin must be denied anything he can call a victory for his May 9 World War Two Victory Parade,” says Professor Glees.

“The time has come not only to give Ukraine everything they need to stem his advance, and it's great we're giving them anti-ship missiles, tanks etc, but also think in terms of a NATO peacekeeping force as [Foreign Affairs Committee chairman] Tom Tugendhat suggested months ago.

“We mustn't let Putin terrify us,” he adds. “Especially not now that he's clearly not had the victory he wanted”.