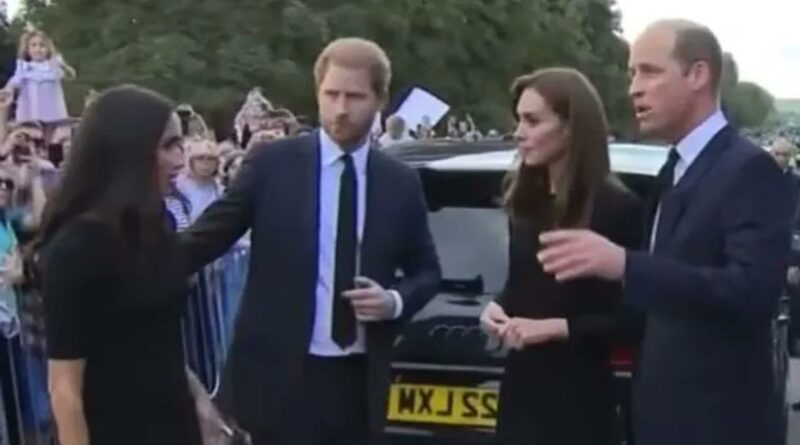 PRINCESS Kate stared Meghan Markle down as they were reunited to look at tributes for the Queen, a body language expert claims.

The pair joined Prince William and Prince Harry on Saturday at Windsor after an eleventh-hour olive branch from the Prince of Wales. 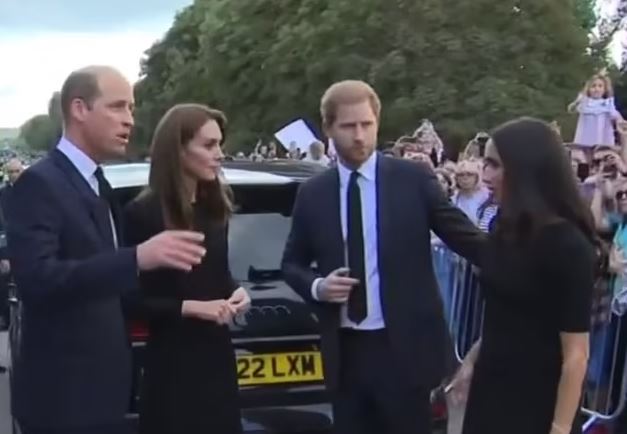 They appeared to have put their differences aside as they looked at floral tributes and spoke to mourners.

But one body language expert says Kate appeared to give Meghan an intense glare as they stepped out of the car together.

She added: "On numerous occasions Meghan looked over at Kate, however, the gaze wasn’t reciprocated.

"Rather, Kate appeared to look through her, suggesting underlying tension between the pair.”

Read more on the Queen’s death 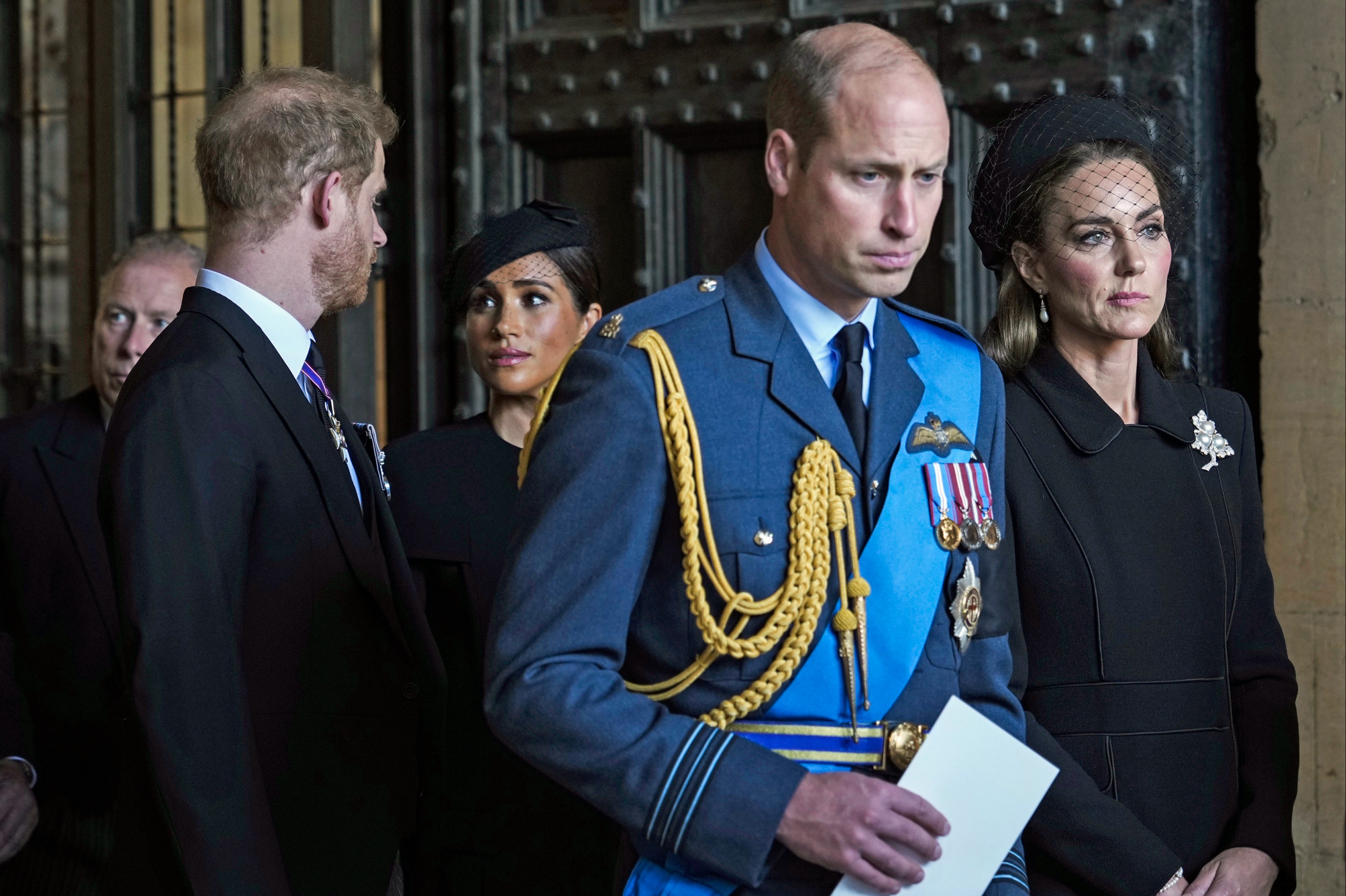 The expert claims Kate's posture was tense and she had a fixed glare and compressed lips when looking at Meghan.

Ms Loisal said she may have been trying to "freeze Meghan out" during the reunion and chose to "look through" the Duchess of Sussex.

She added: "Meghan appeared clearly taken aback and uncertain, stepping sideways, orientating her body away from Kate, shifting her weight from foot, her head slightly stooped.

"Her gestures uncertain and hesitant with the use of manipulators or self-adaptors further suggesting discomfort and uncertainty.

EastEnders fans all have the same complaint about Sharon Watts

"Meghan’s hand lifted hesitantly as if to wave, but stopped mid air, rather pausing to adjust her hair, her head and gaze lowered, before looking up and giving a quick wave, her arm coming back to rest in front of her body in a partial arm barrier, which is what we see in this photo.”

The expert said Meghan's uncomfortable body language was noticed by "protective" Harry, who came over to give his wife a "reassuring show of support".

The foursome appear to have come to a truce in recent days as they unite in grief to mourn the Queen.

Harry and Meghan joined the couple and other royals for an intimate dinner at Buckingham Palace on Tuesday after they received Her Majesty's coffin.

The new-found reconciliation continued yesterday when the brothers walked together on the Queen's sombre procession to Westminster Hall.

William and Harry looked emotional as they stood side-by-side while following the coffin in a haunting reminder of their mother Princess Diana's funeral in 1997.

They were later pictured in a group of four with Meghan and Kate as they joined prayers in a poignant service for Her Majesty. 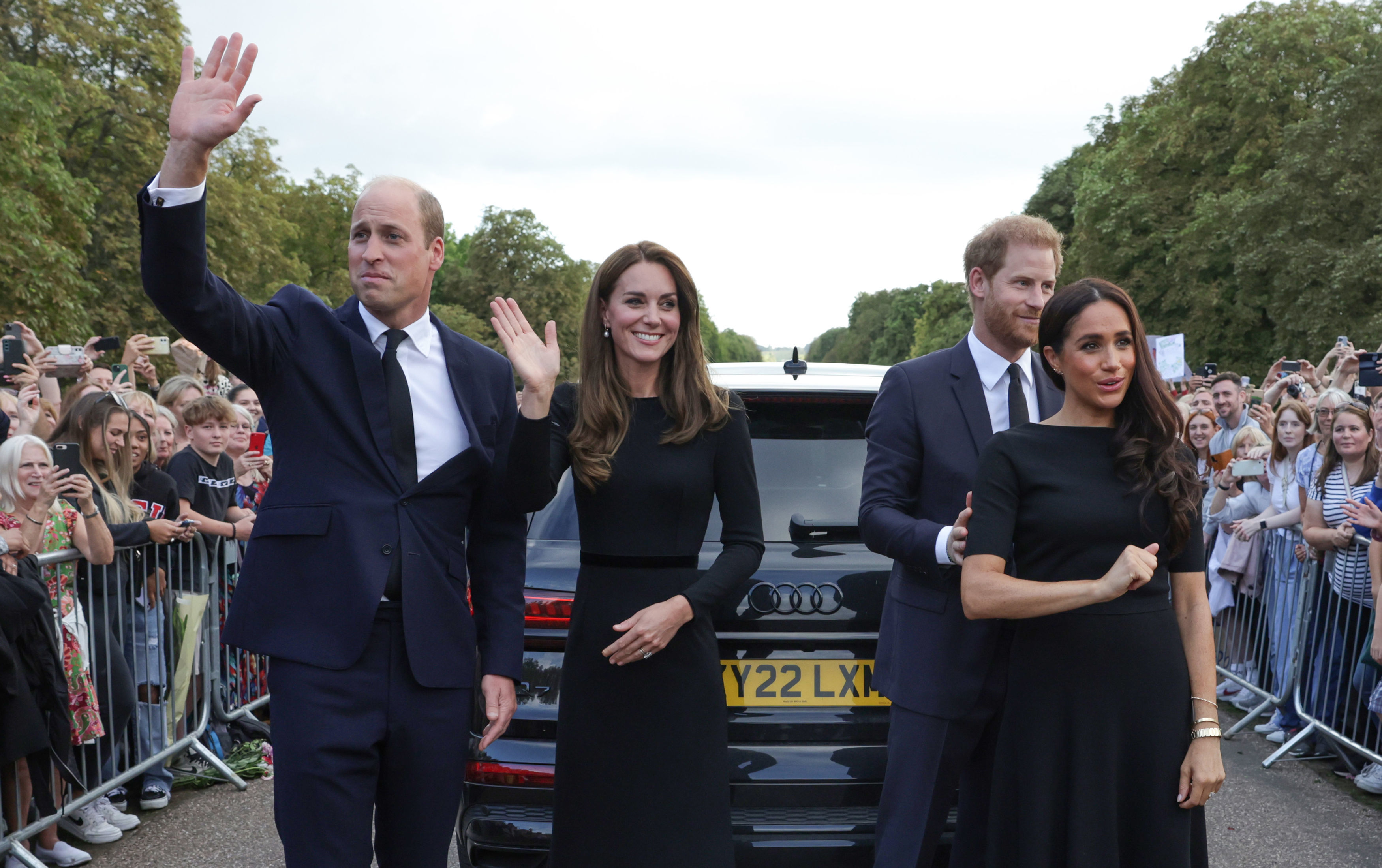 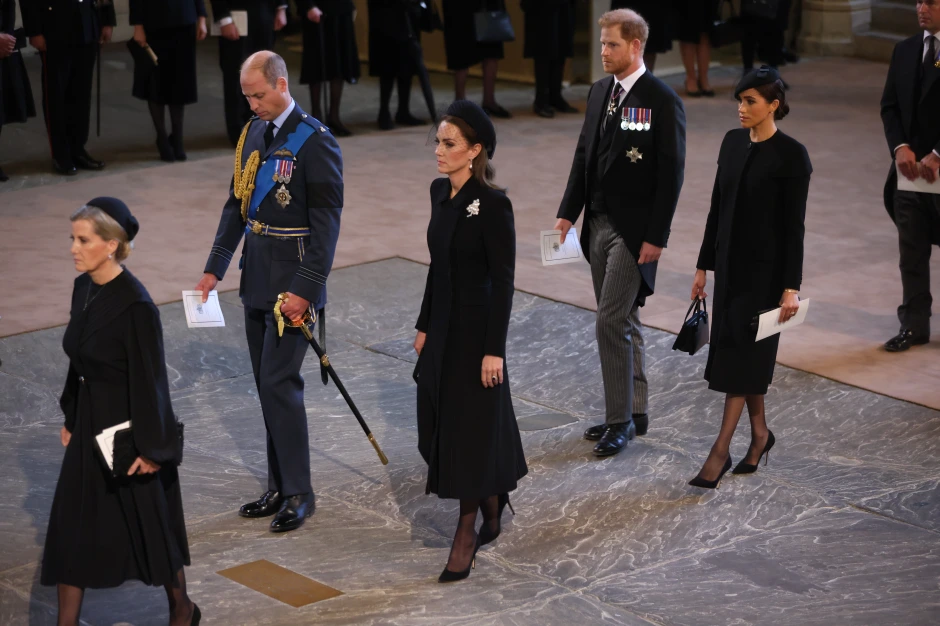