‘If I leave you with anything, remember these two words…I’m Batman’: Michael Keaton sends Kent State graduation wild with iconic line to finish his commencement speech

Michael Keaton has sent recent graduates off into the real world with his most iconic line: ‘I’m Batman’.

The actor uttered the famous words at the end of his commencement speech at Kent State University’s graduation this weekend.

Keaton, 66, was once a student at the Ohio university but left the school after two years to break into Hollywood.

It appears a good move for the actor as he landed the role playing the Caped Crusader in Tim Burton’s 1989 Batman and the 1992 sequel where he delivered the unforgettable line. 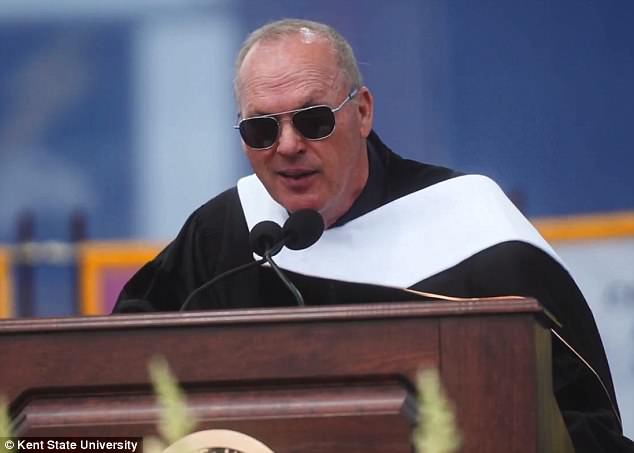 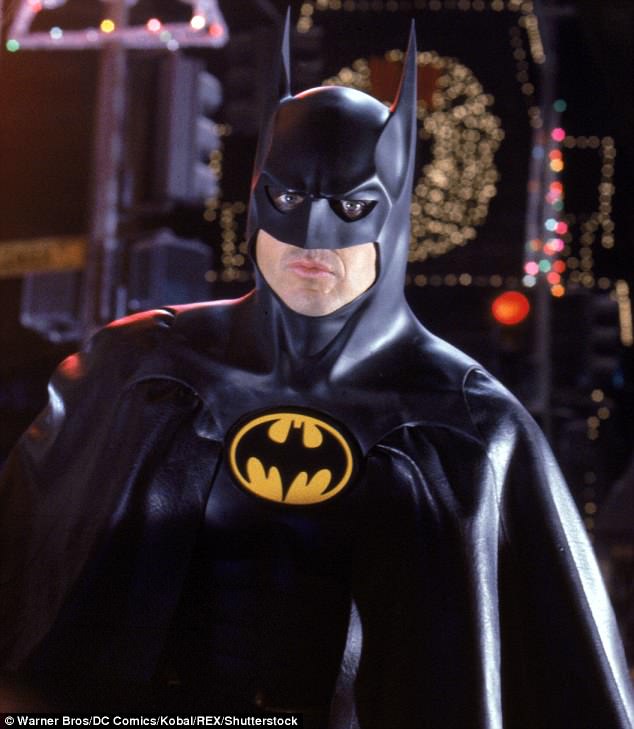 Keaton gave a near-20-minute inspirational speech with personal stories about his time at the university.

He told the students that nothing compares to working hard toward their goals. ‘If I could have found my way around hard work I would have,’ he said.

After receiving a plaque for his appearance as the key note speaker, the actor took over the microphone to share a quick message with the graduates.

‘I’ve got two words that I want you all to remember,’ he said.

He said the line in his character’s signature deep voice.

The crowd went wild with laughter and cheers as Keaton waved and left the podium.

The actor has had a successful career but is best known for his roles as the Caped Crusader and playing Beetlejuice.

Rumors have been swirling about a possible sequel of the 1988 classic horror/fantasy film Bettlejuice.

A new script is in development, according to Deadline, but no deals have been made just yet for Keaton and director Tim Burton to team up.

However, the pair have already worked on another project opening March 2019, a live-adaption of Dumbo directed by Burton and starring Keaton. 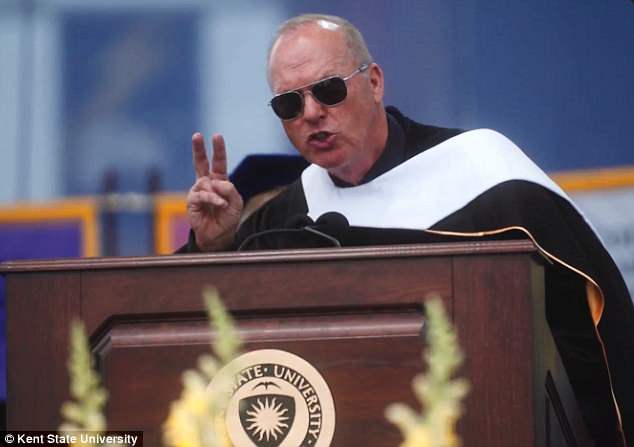 He told the graduates ‘I’ve got two words that I want you all to remember,’ before saying the famous line Keaton, 66, studied at the Ohio university for two years before leaving to pursue acting