‘I’m doing it for Ethan’: Simon Thomas to leave Sky Sports to dedicate his time and energy to his son after his wife’s sudden death from leukaemia

A Sky Sports presenter is to leave the channel following the sudden death of his wife — saying he is ‘doing it for Ethan’, his son.

Mr Thomas said he was ‘crushed with indescribable pain’ after her death and spoke passionately on television about his grief, mental health and supporting his eight-year-old son, Ethan.

Writing in his personal blog Mr Thomas, 45, said his main reason for leaving sky was to dedicate time and energy to Ethan. 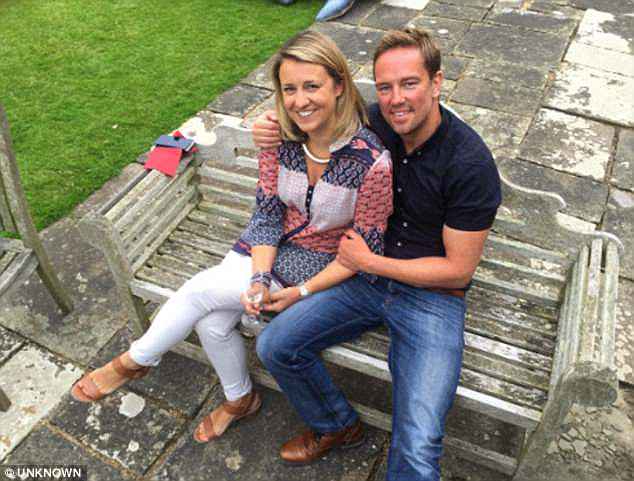 ‘I’m doing it for Ethan,’ he wrote. ‘On that first morning after she went I remember Ethan coming up to me in the lounge and through his tears he said these words: “Daddy, you know every weekend you go away and do the football, and I spend the weekend with Mummy, what do I do now?” And they have stuck with me ever since.’

‘He’s lost his mum, for him so much has changed, I can’t always be with him 24/7 but what I have no choice in, is I have to put him first.

‘I need to spend the next few months working out with him how we move forward. 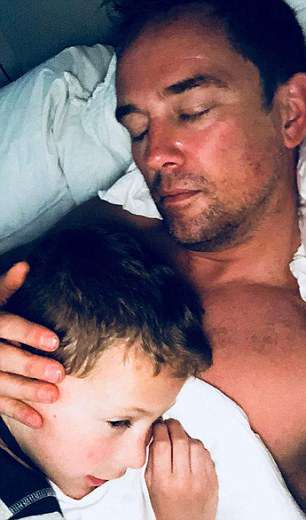 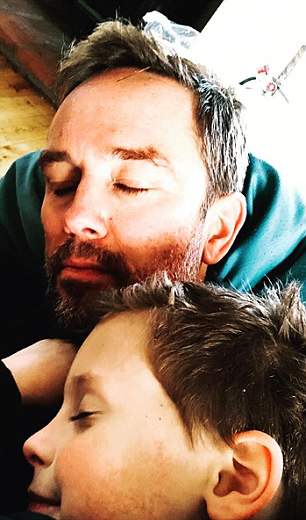 The presenter previously wrote of how Ethan was dealing with the loss of his mother, saying he was ‘sobbing uncontrollably’. Picutured: The presenter with his son

He added: ‘When the unhelpful minority have told me to get myself back to work, I’ve often replied with the same comment: if only it was that simple.

‘Being totally transparent, at this point in time I couldn’t return to my job with any integrity.

‘I have the financial security to be able to do this.

‘I’m very aware that in writing this there will be those for whom grief and returning to work has been a very different story. 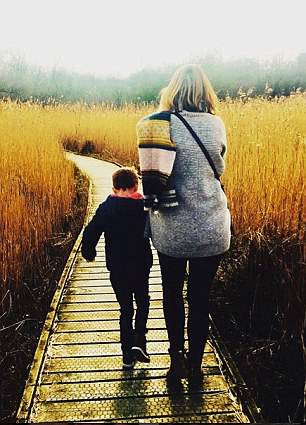 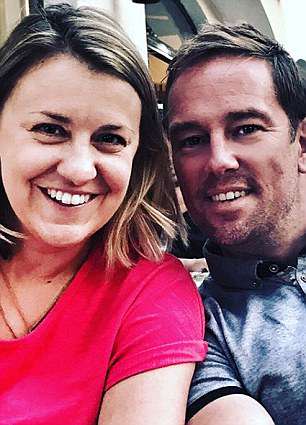 Mr Thomas said he was ‘crushed with indescribable pain’ after her death and spoke passionately on television about his grief, mental health and supporting his eight-year-old son, Ethan. Left: Ethan with Gemma and right, Gemma with Mr Thomas

‘I am fully aware that there will be those for whom the luxury of being able to make a decision like this just wasn’t an option,” he writes.

‘Whether they wanted to or not they had to go back to work just to keep a roof over their heads and put food on the table. But this is why I’ve been able to do this.’

The presenter also spoke of how his son was coping with the loss of his mother.

He earlier wrote: ‘Seeing your child sobbing uncontrollably is something that is always hard to see and so very hard to deal with, but to see them crying over something you have absolutely no power to change is heart breaking.’ 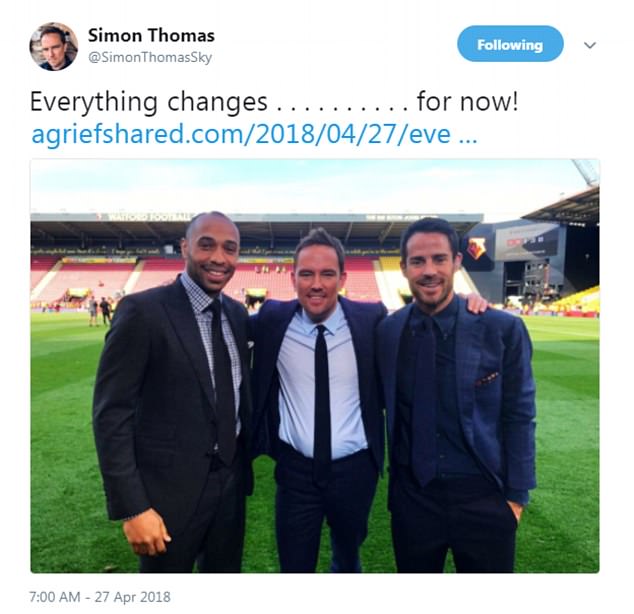 Writing in his personal blog Mr Thomas, 45 (centre, with Thierry Henry left and Jamie Redknapp ) said his main reason for leaving sky was to dedicate time and energy to Ethan

Mr Thomas also thanked the broadcaster for ‘the unswerving support they have given me over the past few months, not just when Gemma fell ill and in the aftermath of her death, but also in the weeks before when I was suffering from anxiety and depression.

‘When I first fell ill not only did they give me the time off to get better, they wanted to understand. Initially I was fearful of talking to them about mental health, I shouldn’t have been.

‘Every step of the way they supported me, gave me the space to try and get better, and wanted to understand what I was going through and this has carried on through these hugely painful last five months.

‘They have been quite simply amazing and have also been gracious enough to not just accept the decision I’ve made, but also to tell me that the door will always be open.’

He worked as a presenter on Sky Sports News and Sky’s coverage of EFL and League Cup football.

He also went on to fulfill his lifelong dream by presenting Sky’s Premier League.