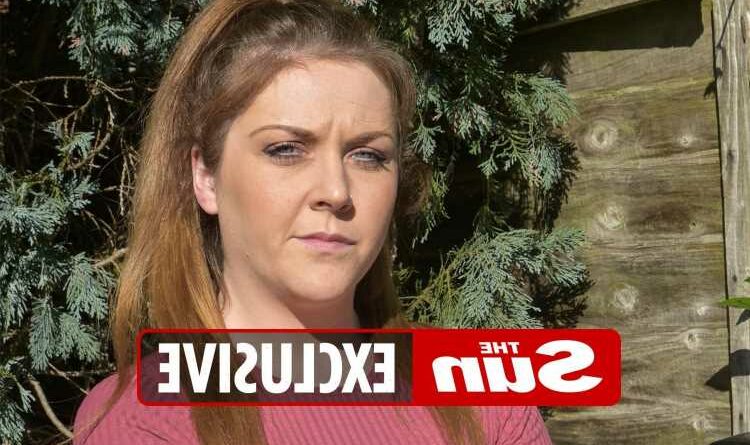 A MUM has told of her fury after the council audaciously fly-tipped "half a skip of rubbish" next to her garage.

Rachel Stevenson, 30, was left horrified after finding a mountain of carpet, old fencing, beer bottles and hoover pipes dumped outside her home in Stoke-on-Trent. 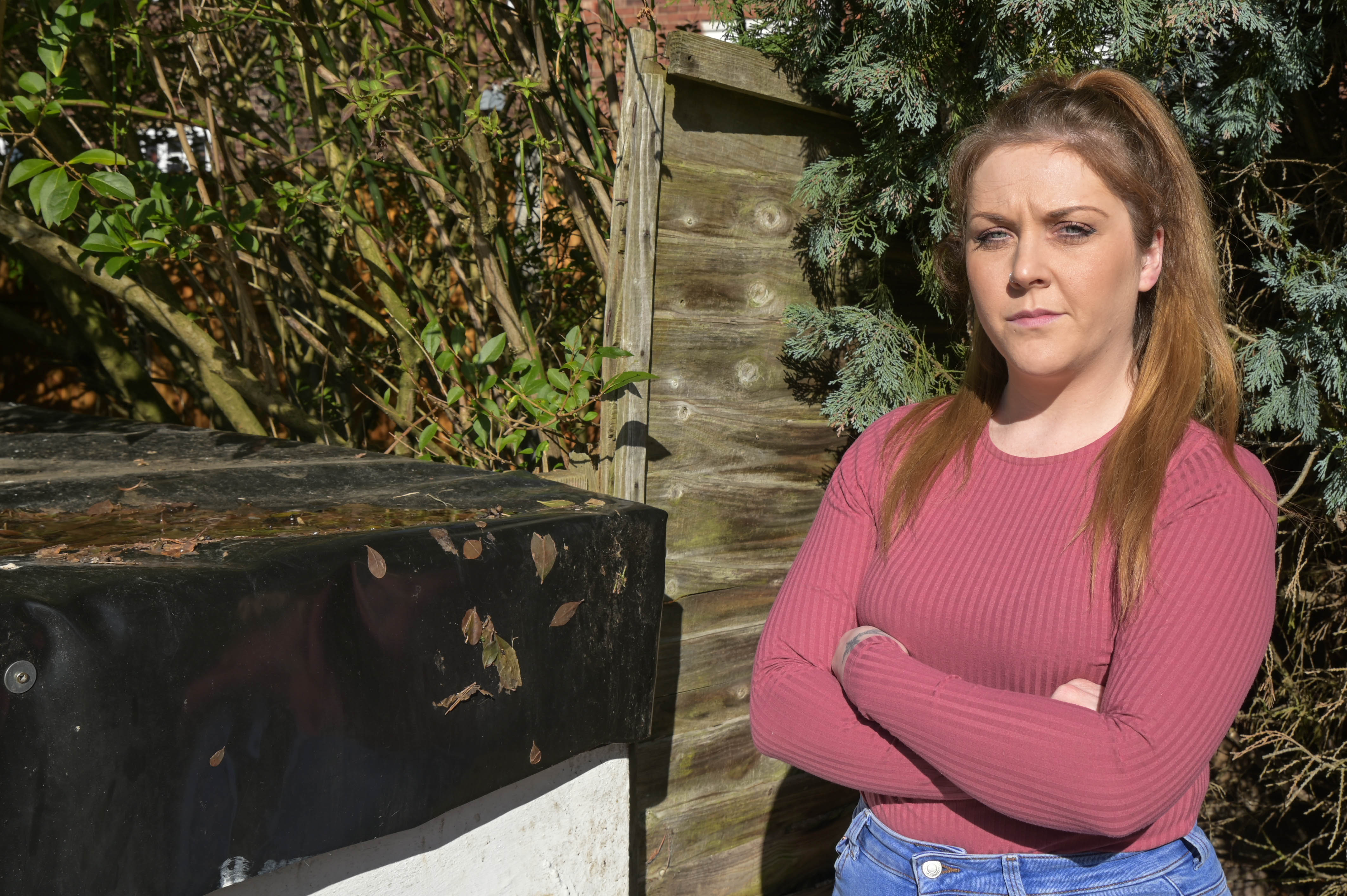 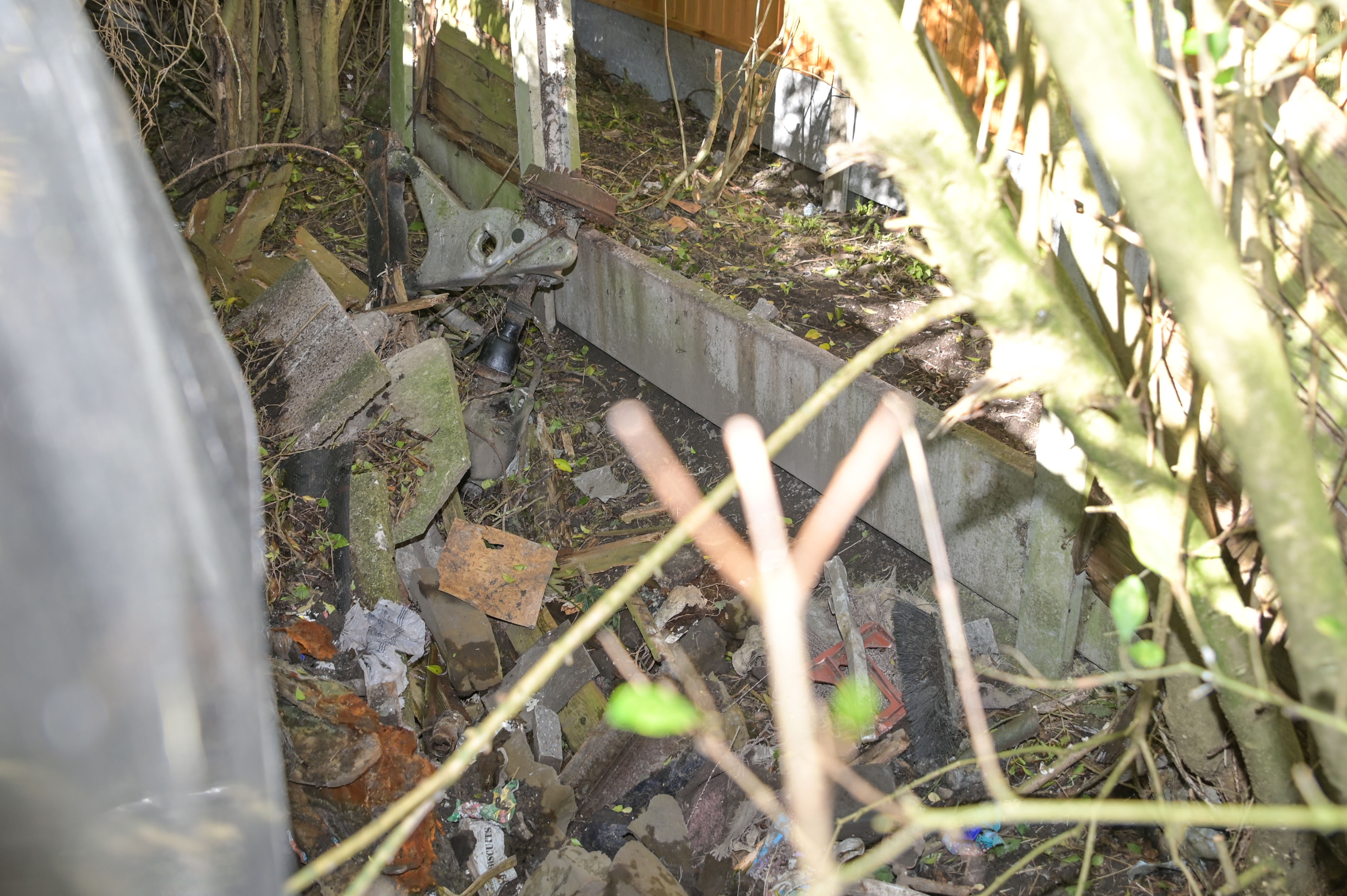 Stoke-on-Trent City Council had been putting a new fence on a property adjacent to Rachel's on March 9, but left their pile of rubbish behind.

Workers brazenly stashed the junk – which she says is enough to fill half a skip – at the back of the mum-of-one's garage for her to clean up.

The furious 30-year-old slammed the council for their double standards, after doling out fines to locals who inappropriately discard their rubbish.

Carer Rachel even claimed the workers craftily dug the fence a foot deeper so they could squash in all of the waste.

Rachel and her mum Amanda Morrey, 51, immediately got in touch with the local authority's complaints department after their shock discovery.

But the pair were left outraged by the local authority's initial response, after being told they may have to wait TEN days for its removal.

Disgusted Rachel told The Sun Online: "Mum spotted the rubbish when she looked over the back of the garage last Thursday.

"Council workmen spent the day putting up a new fence at the back, so she went to have a look.

"Our garage is dug down, so she just looked over the roof and there was all this junk. They had literally fly-tipped the equivalent of half a skip full.

bump in the road

'I'M NOT THEIR SLAVE'

"There was the old fencing, a crate full of beer bottles, a big metal bin, some metal shelving, hoover pipes and a dirty old carpet."

She recalled how a woman in Fenton had recently been slapped with a £400 fine for fly-tipping.

The McDonald's worker had innocently left a cardboard box behind her new home as she had only just moved in and didn't yet have a bin.

Rachel continued: "Yet this was the council doing just the same, only in our back garden.

"They even had to build the fence a foot deeper in the council house garden at the bottom to accommodate all the rubbish.

"When mum rang the council, the lady seemed disinterested and it was almost 'what do you want me to do about it?'

"Mum was very polite and told her about all the rubbish, incredibly she asked: 'What would you like the outcome to be?'

"When mum said removal of the rubbish, she said it would take about 10 days and that was just to hear something back," she said.

The council have since sent TWO teams round to clear the rubbish after Amanda got in touch with her local paper.

Rachel added: "You can't usually get the council to do anything, but the first chap was very polite and nice and apologetic."

She said the second worker was left "puzzled and confused" after they informed him the rubbish had already been collected.

Homeowner Amanda said of the fly-tipping fiasco: "They are not following the rules. It’s one rule for them and one for everybody else.

They are not following the rules. It’s one rule for them and one for everybody else.

"It’s upsetting. Nothing like this has happened before so it’s quite shocking. It’s not good enough.

"We've lived here 22 years and it's been a private house since we moved in, we've never bothered the council for anything.

"If the council workmen had done the job properly in the first place then it would have saved a whole lot of time and money.

"We've been laughing this morning with the council out twice in just a few hours. People will find it funny.

"I cannot believe the reaction we've had since calling the local paper, it would have still been there now if I'd not made that phone call."

The mum-of-two said the first council employee who visited her home told her he would be "having strong words with the workers involved."

The Sun Online have contacted Stoke-on-Trent City Council for comment. 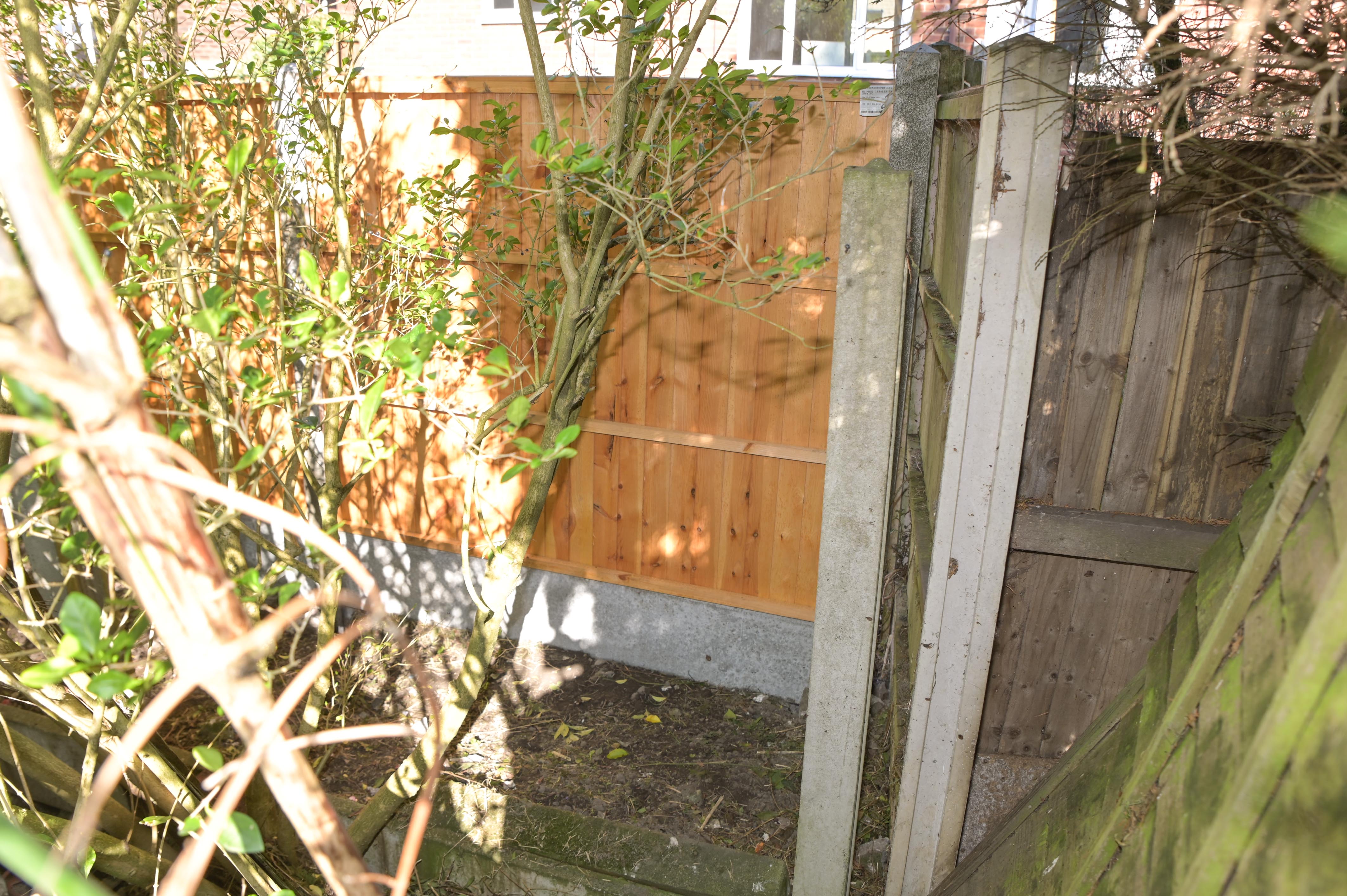 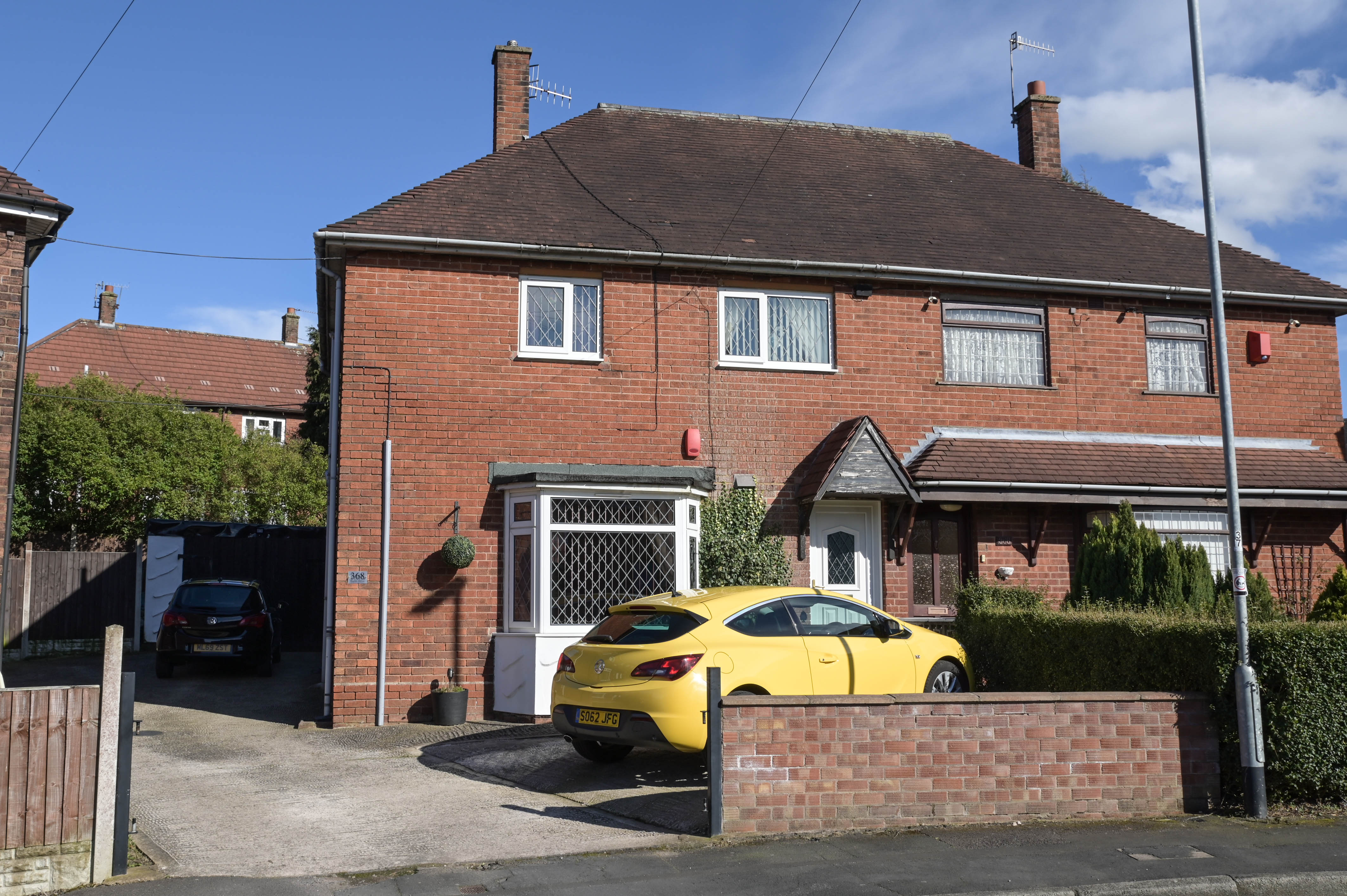 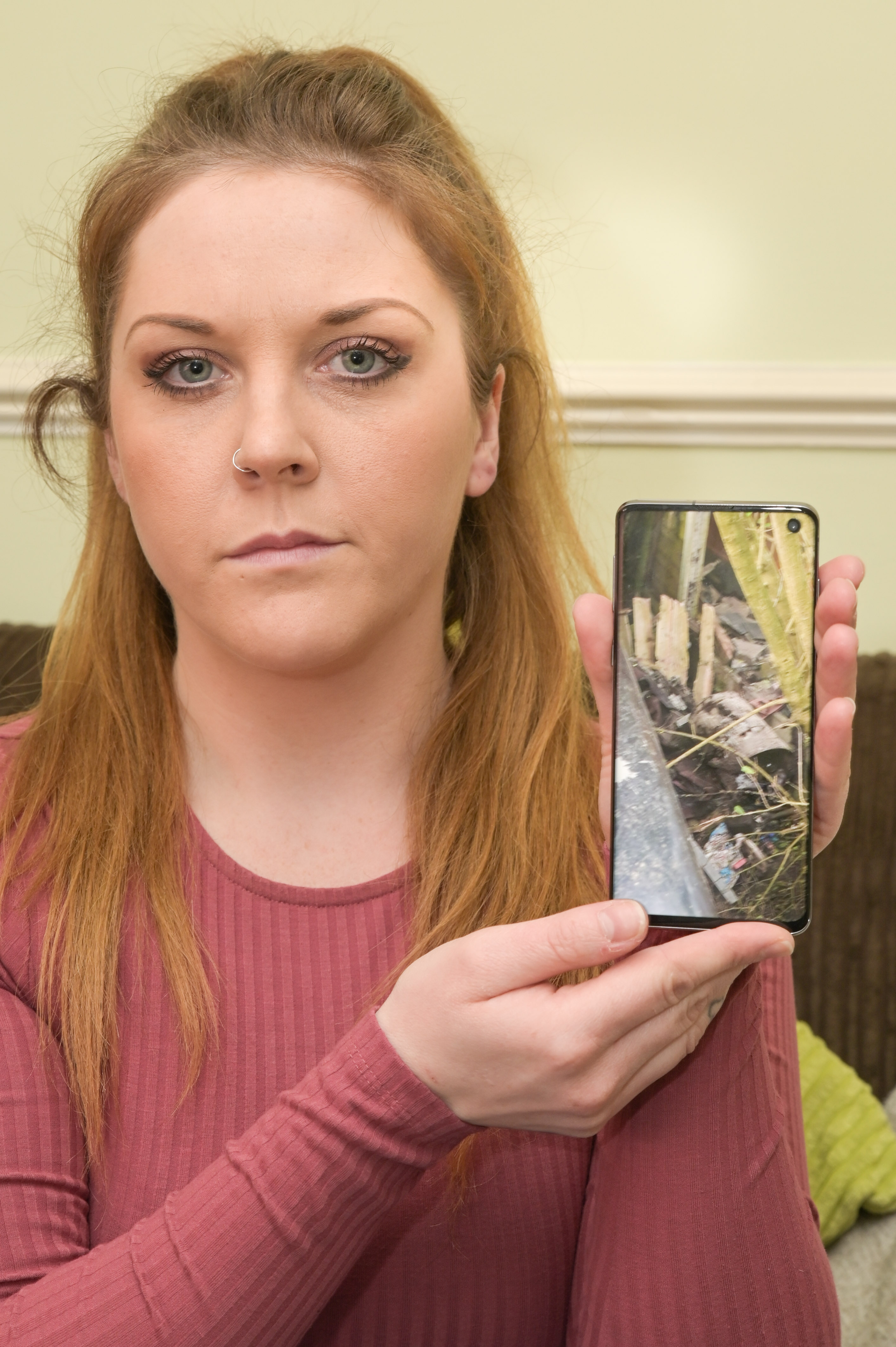