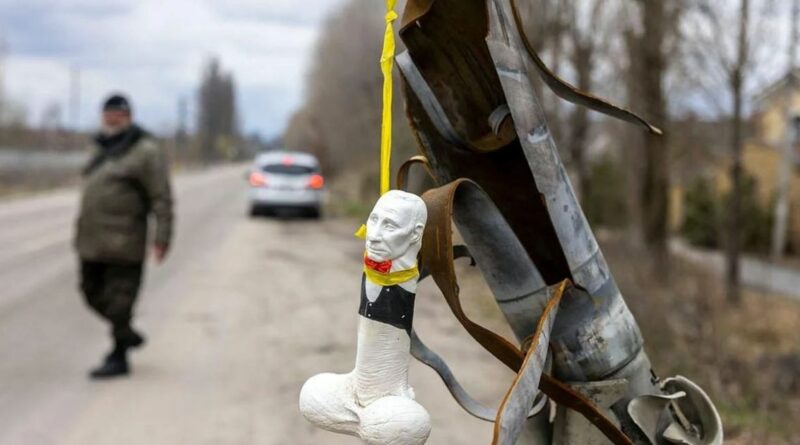 A hilarious image of Vladimir Putin's face on a phallic-shaped plaster cast has sent the internet into a frenzy.

In a photo posted on social media site Reddit, the Russian's President's appears to be depicted on a penis-shaped plaster cast hanging from a pole at a checkpoint on the way to the Ukrainian capital of Kyiv.

User "beholdchris" captioned the post – which has got nearly 2,000 upvotes and over 60 comments – by writing: "At the checkpoint on the way to Kyiv…"

Fellow Redditors were in hysterics with the discovery, with one commenting: "Someone did a great job of a plaster cast. Not easy to get that kind of detail."

A second wrote: "Don't think Putin has such big balls", while a third added: "Or a d*** that size either. Both need to be much smaller."

A fourth user said: "Comes with instructions: Put-in", while another exclaimed: "A nice likeness to his face – clearly his penis is the size of a grain of sand!"

This is not the first funny place where Putin's face has popped up, as last month Aldi shoppers were shocked to find the Russian President's face on a steak.

An Aberdeen Angus sizzle steak being sold for £2.99 was photographed on the top shelf of the meat aisle at the supermarket in Croydon, south London.

Musician Matt Gordon had his mates cracking up over a picture he took of the edible Putin lookalike but joked he stopped short of buying it through fear of repercussions from the Russian President.