The grandmother from Zhuozhou City had never been to the Chinese Communist Party's seaside playground until this year, its crab feasts, early 20th century European style-villas and heaving summer crowds foreign to her.

"It's my first time to be in Beidaihe and I enjoy it very much," the 55-year-old said as she guided her grandson out of the water on a 30-degree day this week. 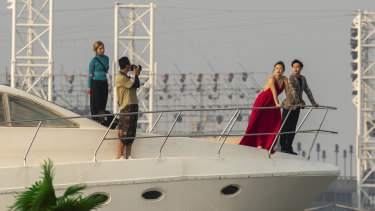 A Chinese couple takes a photo in the beach town of Beidaihe. Credit:Sanghee Liu

Where once military officers and high ranking government officials trundled seaward on the train from the Chinese capital, now facial recognition cameras speed up the security checkpoints and police ask if you are carrying a drone.

At the entrance to Beidaihe's No. 36 hotel, a People's Liberation Army air force plane sits in front of reception. It's the perfect spot for the Chinese Communist Party's annual beach party; kitsch with Chinese characteristics.

"Beidaihe is terrifyingly crowded during the summer and practically empty the rest of the year," one local tour guide explains.

August would have historically guaranteed a visit from a motorcade of China's top brass following in the footsteps of Mao, but this year the shops are empty, the seafood is going off and the chairman's seaside town is grappling with the economic reality of the coronavirus and the political challenges facing its leaders.

A local businessman, quoting his coast guard friend, said China's President Xi Jinping visited the resort on July 19, but he's not really sure, nor are the others dressed head-to-toe along the beach to protect Beijing skin from tanning in the coastal sun.

Lu, a princeling of China's grand state apparatus, said while there were always beaches for the central government, one for the central military commission and another for the masses, the atmosphere used to be more relaxed. 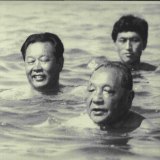 "I often met top state leaders like Chairman Mao, Premier Zhou Enlai, and Marshal Zhu De on the beach," he said. "They swam, sunbathed, chatted, and played cards there and sometimes I walked close to them to see how they were playing the cards. It is totally different today. Now, no kids are allowed to get close to the leaders."

The changes in Beidaihe are symptomatic of a fundamental economic shift across China. When Mao and former leader Deng Xiaoping waded into the waters in the 1970s, a tiny fraction of China's 900 million people could have contemplated a family holiday to the beach. Most blue-collar workers would have never seen the sea. A trip to Beidaihe was exclusive by nature.

Now, with a large and growing middle-class, the town home to its own mini version of the Arc de Triomphe is a bit old-hat. In the space of four decades, economic growth has taken much of China's fashionable set beyond Beidaihe to Paris itself.

What is left is a mishmash of party members wedded to tradition, average citizens getting a taste for China's unique brand of beach culture and couples taking wedding snaps. Over time, more fences have gone up between the party and the proletariat. 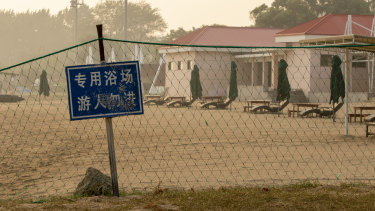 Lu said the new beachside regime for China's top tier is known as "the four nos". "Namely no going out, no dropping around, no receiving visitors, no meetings," he said. "Under Xi, the control is very tight and even the leaders are not allowed to go out. Visiting each other and meetings are not allowed."

Last week Xi presided over a Politburo meeting in Beijing that would have made for good fodder over a glass of baijiu. China's political leaders decided they would set goals for China to achieve by 2035 to complete its transformation into a modern superpower by 2049 – the 100th anniversary of the People's Republic. Technological self-sufficiency, completing its goal of doubling gross domestic product, reunification with Taiwan were all on the to-do list.

Now, with "Xi Jinping thought" cemented in the constitution, few observers believe the president for life needs or wants their advice. "No country or person can stop the historical march of the Chinese nation’s great rejuvenation," Xi said last week.

The country where the coronavirus was first reported has emerged in better economic shape than any other major economy. While the United States struggles to get deaths below 1000 a day, China recorded only 37 new cases nationwide on Thursday.

It's little comfort to the store owners stacked side-by-side along the largely empty beaches. Despite the falling infection rates, there are serious doubts the Communist Party conclave can go ahead this year.

The last time the beach party was officially cancelled was 2003 during the SARS crisis. Optics, even in a one-party state are important. Tourism is always the last sector to reboot after a pandemic. 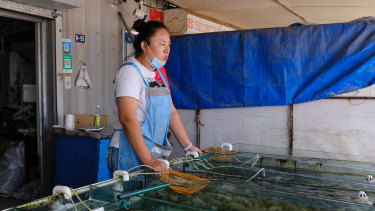 Zhang Meng waits for customers at her seafood shop in Beidaihe. Credit:Sanghee Liu

Zhang Meng, 34, runs the Ningmeng Seafood in a farmer's market in Beidaihe. Three quarters of her 15 square metre home is taken up by fish tanks with turbots and flatfish between a bed, an electric fan, and a gas stove.

She rises at 3am to get fresh fish from the pier and mans the shop until 10pm. The 20-hour days have done little to help her avoid her falling behind in rent. The locals can't afford the seafood and the cadres have yet to turn up.

"The seafood dies quick if they are not sold on time so I can't stock them up," she said. "The pandemic also greatly shortened the sale season this year. Now, I have two more weeks left."

Nearby Wang Dongliang, 39, is in a similar predicament but on a different scale. After developing a penchant for travelling and eating out he decided to combine his hobby with his career by opening a 68-room hotel in Beidaihe, putting $80,000 into toilet renovations in the process. 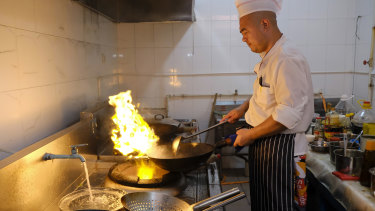 Wang Dongliang cooks for his guests at his hotel in BeidaiheCredit:Sanghee Liu

Locked into a 5-year contract and with rent already paid for 2020 Wang says he will have to wear the 60 per cent drop in customers this year. "It will be impossible to earn back rent," he said.

"Investment means risk," he said. "But the scale and impact of COVID-19 are beyond expectations".

Ms Yang's son Xin Shuo does not want to think too much about the virus as he watches his mother and son play on the Beidaihe sand. It's his first and last holiday for the year.

"My son has never seen the sea before," he said.