MBANDAKA, Congo (Reuters) – Once a month, Mohamed Esimbo Matongu leaves his home in the western Congolese city of Mbandaka and hunts for wild animals. 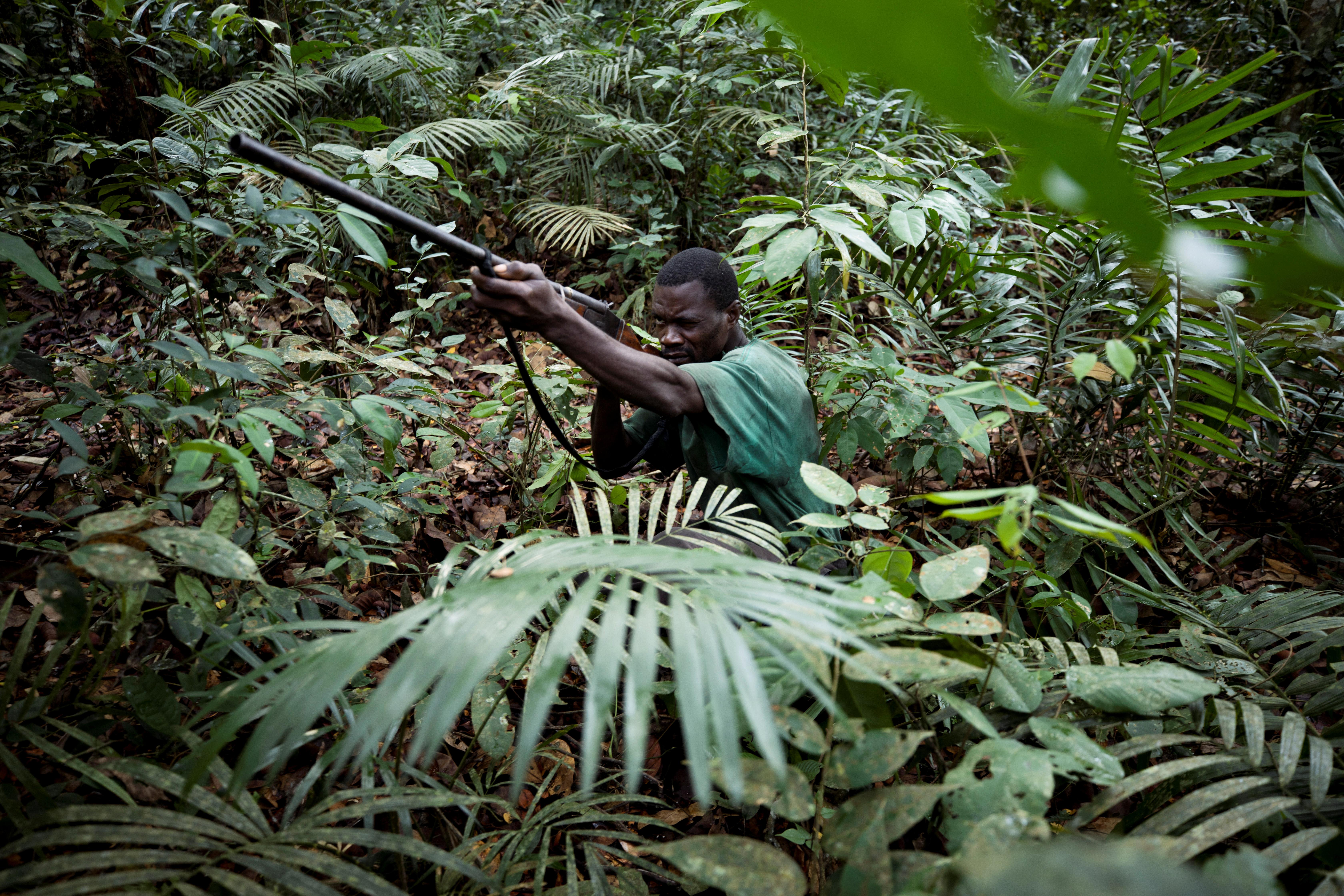 Though he works for a government agency, he says he needs the income from selling most of what he kills to provide for his family. But bushmeat hunters like him are emptying Central Africa’s forests at a high rate, researchers say.

“When I was a teenager, I had to travel no more than 10 km (6 miles) upriver to find animals. But now I have to go as far as 40 km to come across a decent hunting ground,” said 61-year-old Matongu.

When he goes hunting, he rents a dugout canoe and a couple of paddles, and packs a homemade rifle, a dozen cartridges and enough kwanga, a traditional bread made from cassava, to last a few days.

He stays in a cabin on a tributary of the Congo river and roams the forest day and night in search of whatever quarry he can find, including monkeys, forest antelopes, crocodiles, pythons and river hogs.

Until the 1990s, hunters like Matongu killed for personal consumption, but growing appetite for wild meat in cities has ramped up the scale of hunting.

The impact on wildlife numbers is clear, according to locals and researchers.

Research shows around 6 million tonnes of bushmeat are sourced annually from the Congo Basin, whose forest spans across six countries and is second in size only to the Amazon.

“Our surveys show that animals from many species are disappearing around villages,” said Michel Bakanza, who works on community forests for the World Wildlife Fund (WWF) in Mbandaka.

Many animals, including bonobo apes and pangolins, are protected by international law, but a lack of government oversight means these endangered species are regularly killed.

Matongu says his monthly salary of about $75 is not enough to cover the needs of his wife, four daughters, two brothers and nephew who live under his roof.

“How am I supposed to provide for so many people? Sometimes I don’t even get paid at the end of the month,” he said. “This is Congo: we try to do whatever we can to make it.”

For other hunters, like Celestin, a conservation student in Mbandaka who asked not to be named in full, the need to make ends meet in one of the world’s poorest countries can override concerns about the animals.

“Hunting some species is prohibited, I know that, but it allows me to pay my university fees and provide for my family,” he said.

His catch goes to Mbandaka’s markets, where thousands congregate every Friday to buy bushmeat from incoming barges. 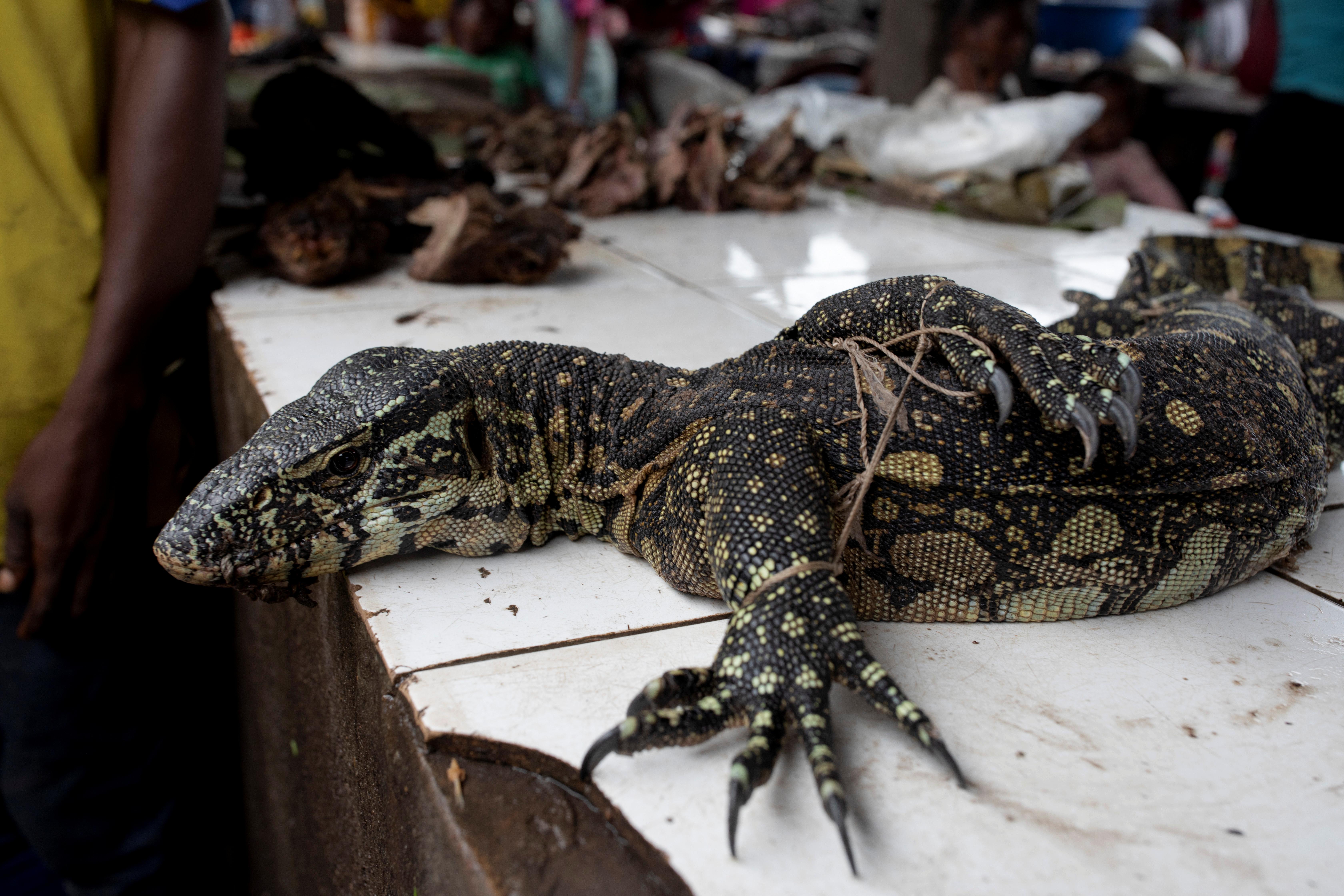 Stands are filled with trussed crocodiles and monitor lizards, as well as freshly killed monkeys, antelopes and other species.

For a photo essay: reut.rs/2nisNoE