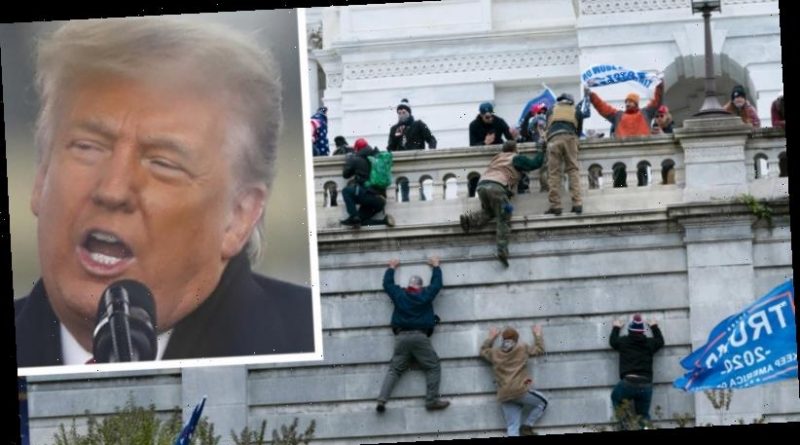 Washington: US President Donald Trump has released a video condemning the violent insurrection he fomented at the Capitol last week.

The video came out after he was impeached by the House for a record second time, this time with Republican votes. Trump also called on his supporters to remain peaceful amid concerns about additional violence in the days before President-elect Joe Biden’s inauguration.

In the video released by the White House Twitter account (Trump's own account is suspended) he says: “I want to be very clear: I unequivocally condemn the violence that we saw last week.” He says, “Like all of you I was shocked and deeply saddened by the calamity” and “no true supporter” of his “could ever endorse political violence”.

Trump also said that he had directed federal agencies “to use all necessary resources to maintain order in Washington, DC” over the next week.”

Trump made no reference to becoming the first president in the nation's history to be impeached twice.

The House voted to impeach Trump on a charge of incitement of an insurrection on a 232-197 vote.

Senate Democratic leader Chuck Schumer vows there will be an impeachment trial of Trump in the Senate, even if it’s after he leaves office and Biden is inaugurated.

He says if not, the trial will begin after January 19. That’s the quickest the Senate can start under the existing calendar. Biden is set to be sworn in on January 20.

McConnell said earlier that there was “no chance” that the Senate will be able to hold a “fair or serious” impeachment trial before Biden is sworn in.

Schumer said earlier that if Trump was convicted, there would be a vote on barring Trump from ever running again for office.