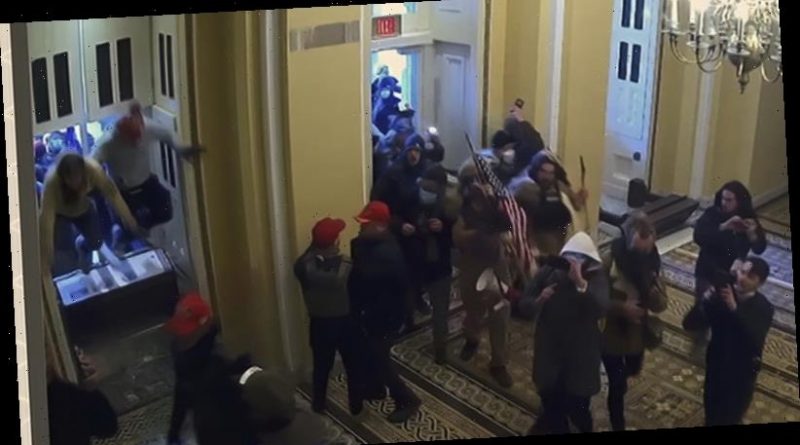 Washington: The January 6 assault on the Capitol was the predictable result of a relentless, months-long campaign by Donald Trump to cling to power and stir up anger among his supporters, Democrats have argued in Trump’s Senate impeachment trial.

The Democratic impeachment managers launched their case to disqualify Trump from future office on Thursday (AEDT) by presenting an array of video evidence, legal documents and tweets aimed at proving that the former president was singularly responsible for the Capitol attack. 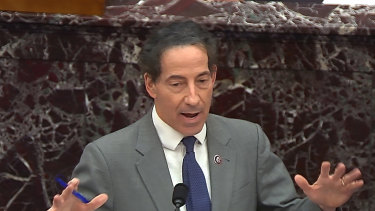 Democrats unveiled never-before-seen security footage from inside the Capitol to demonstrate the extent of the violence against police officers and the risks posed to the members of Congress who had gathered to certify Joe Biden’s election victory.

”The evidence will show you that ex-president Trump was no bystander,” Democratic congressman Jamie Raskin, the Democrats’ lead impeachment manager, said on Thursday (AEDT).

“The evidence will show that he clearly incited the January 6 insurrection.

“It will show that Donald Trump surrendered his role of commander-in-chief and became the inciter-in-chief.” 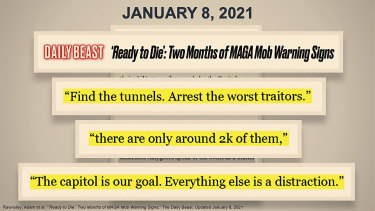 A slide of news media reporting shown to senators during impeachment.Credit:AP

He had then repeatedly claimed – without evidence – that the election was marred by widespread fraud and continued to do so even as fellow Republicans warned him he risked provoking violence.

Democrats played video footage of Gabriel Stirling, a top Republican election official in Georgia, urging Trump to call off his campaign to overturn the election,

Describing the attack as “predictable” and “forseeable”, Democratic congressman Joe Neguse said the impeachment managers would present their case over three distinct parts: “the provocation, the attack and the harm”.

Neguse played several video clips of Trump asserting that he could only lose the election if the other side cheated, priming his base to reject any election result other than a victory for him.

“He was telling Americans that their vote had been stolen, and in America our vote is our voice,” Neguse said.

“So his false claims about election fraud that was the drumbeat being used to inspire, instigate and ignite them, to anger them.”

The Democrats will have 16 hours to present their case to the Senate, followed by 16 hours for Trump’s lawyers to argue in his defence.

A two-thirds majority in the Senate is required to convict Trump of inciting the insurrection. This would require 17 Republican senators to find him guilty, a prospect seen as highly unlikely.