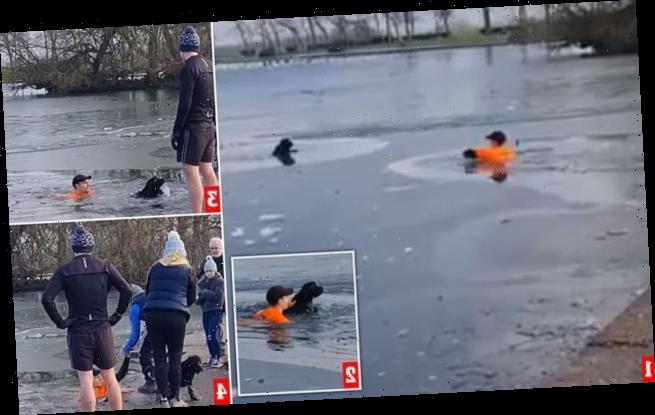 This lake’s fur-eezing, get me out! Incredible moment jogger leaps into frozen lake to rescue stranded dog

This is the incredible moment a jogger plunged into a frozen lake to rescue a dog – before continuing his run.

Ignoring the bitter cold, Darcy Pell smashed through the ice and jumped into the water to save the stricken animal.

Mr Pell, 31, said he was ‘not a hero’ but ‘just saw a dog in need’ when he took the plunge in Pontefract Park, West Yorkshire, on Saturday. 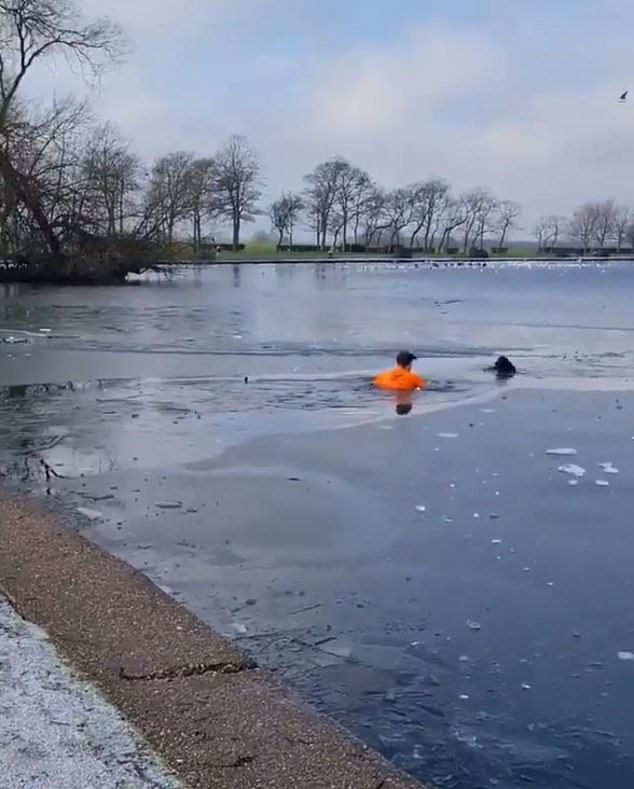 Darcy Pell, 31, smashed through the ice and jumped into the water to save the stricken animal

Video footage shows Mr Pell breaking the ice in the lake before wading out and grabbing hold of the struggling dog.

He then swims back to the edge of the lake and hands the animal to its owners before resuming his jog.

Passerby Paula Town posted the video online, saying: ‘What a hero, this complete stranger rescued this family’s dog when it got into trouble in Pontefract Park.’ 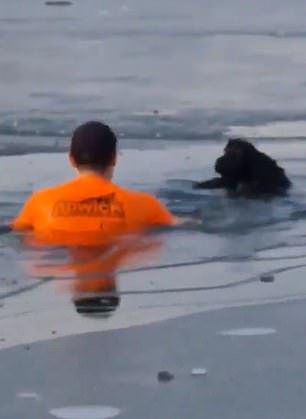 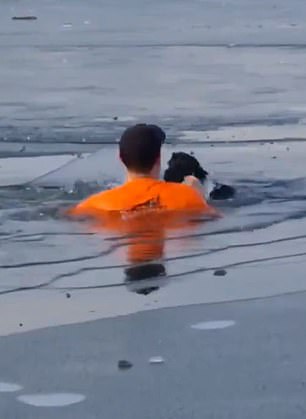 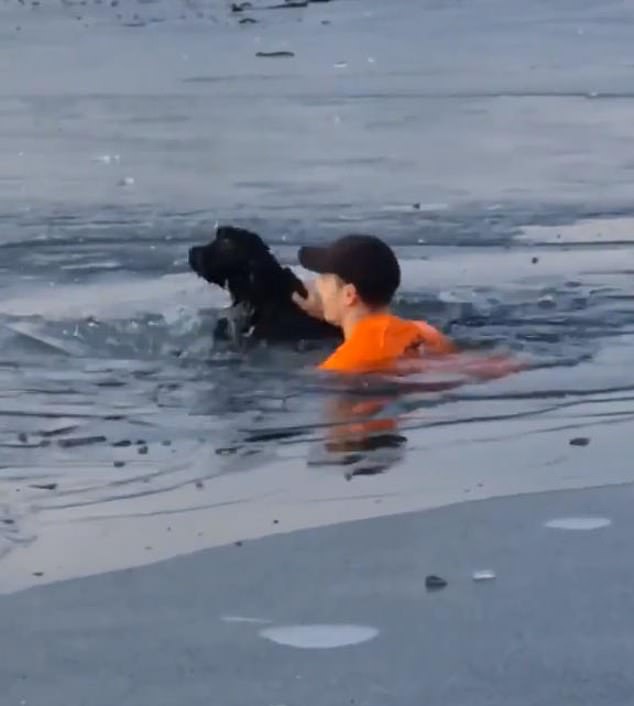 Ignoring the bitter cold, he then swims back to the edge of the lake with the freezing animal

She told the Yorkshire Evening Post: ‘When we got to the lake, I could see a dog in the water, it was trying to get on to the ice but kept falling back in.

‘I felt panic-stricken and scoured the side of the lake for a life buoy but couldn’t find one. Luckily that guy came along – he lowered himself into the water and the rest is on the video.’

After the rescue, Mr Pell’s friend gave him his jacket and the men carried on with their run.

Mr Pell, who lives in Featherstone, said he was an experienced cold-water swimmer and advised others not to copy his actions as it could be dangerous. 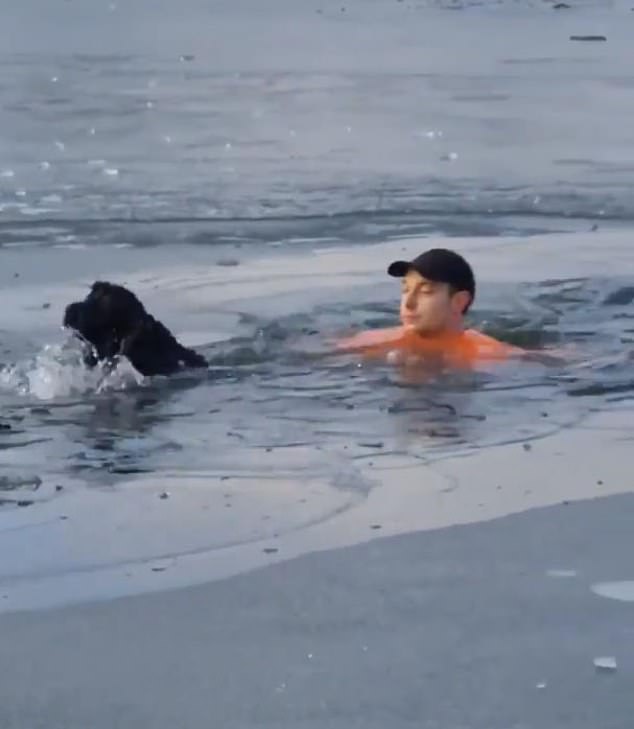 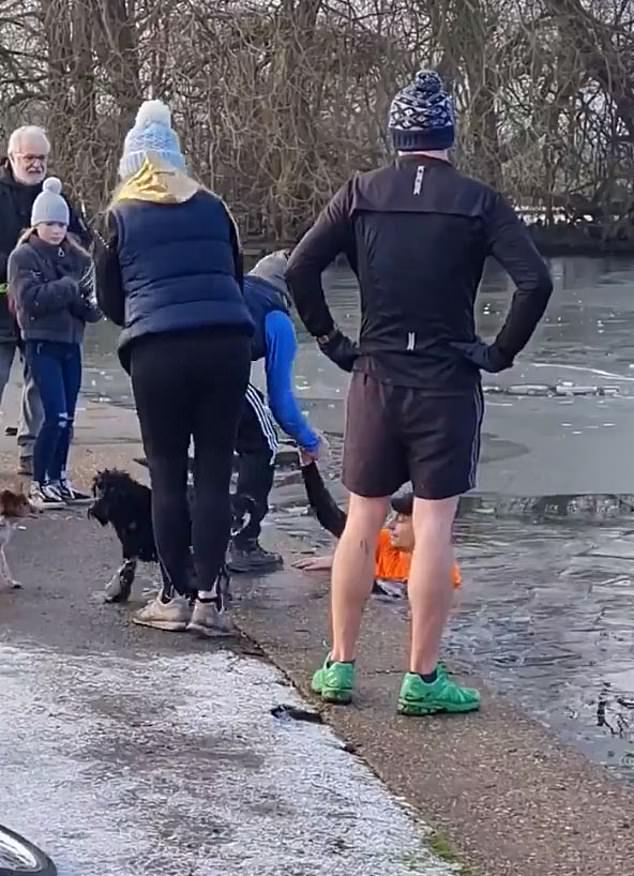 After the rescue, Mr Pell is given a helping hand before the men carried on with their run