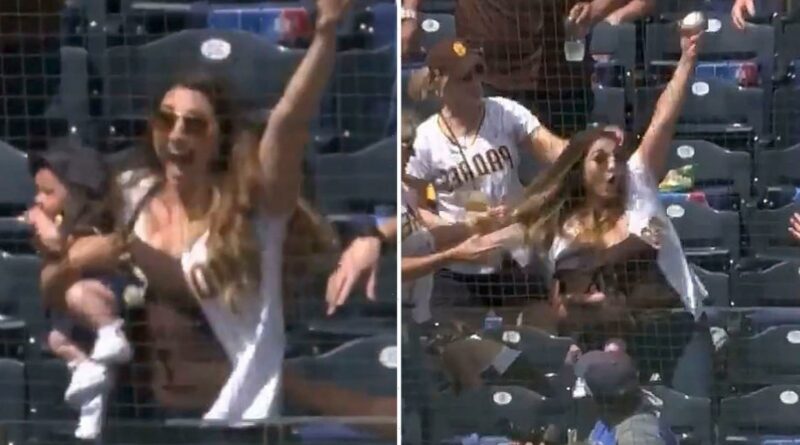 A MOM has been caught on camera making an incredible one-handed catch at a baseball game – all the while holding her baby son.

Lexy Whitmore managed to hold onto the ball with her right hand as she carried three-month-old Maverick with her left during the game between the San Diego Padres and Chicago Cubs on Wednesday. 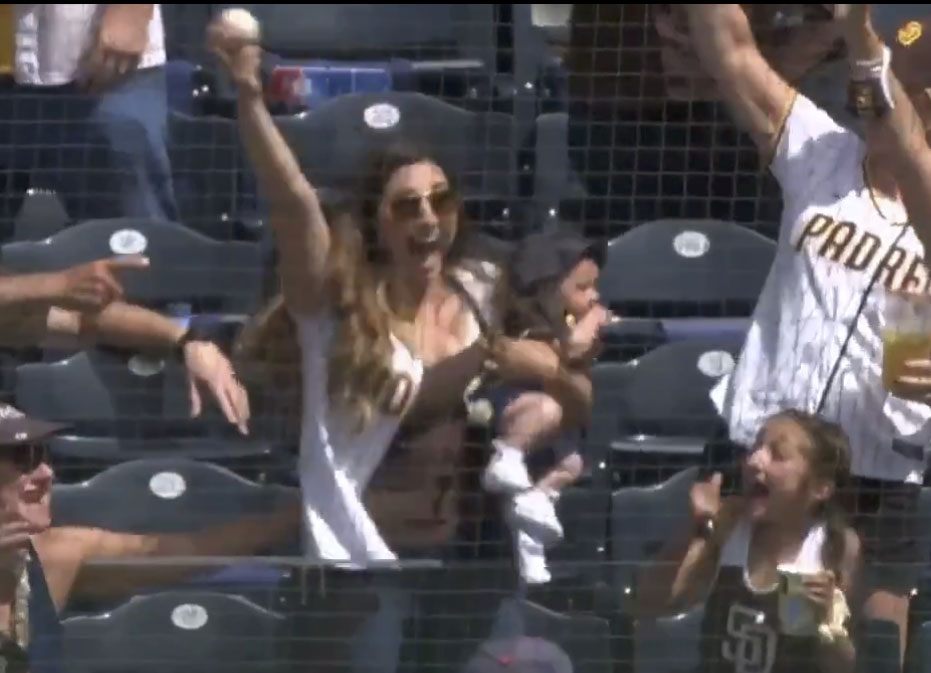 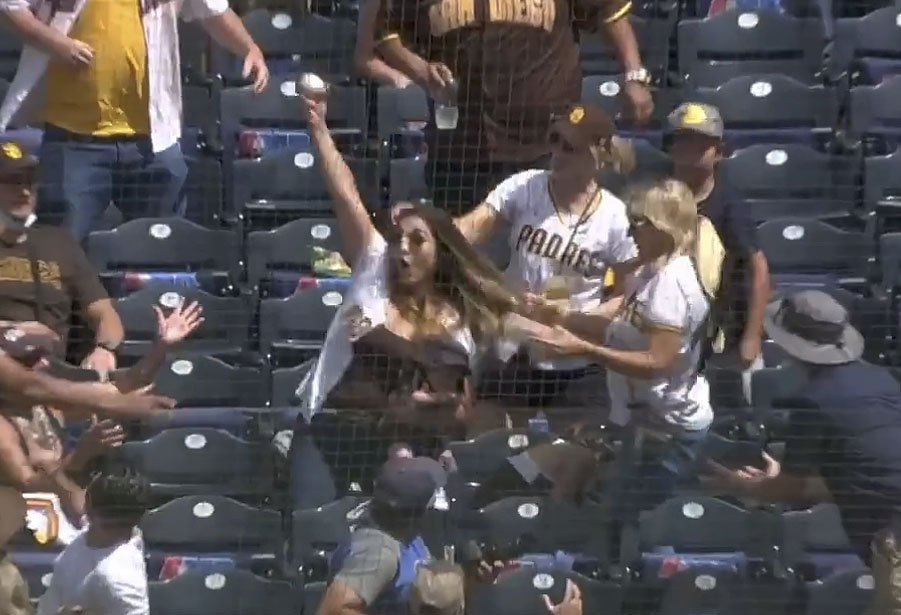 "But it, you know, came to me and there was no doubt in my mind that I wasn't gonna catch it."

Whitmore had been at Petco Park with her son – wearing a Fernando Tatis onesie – while her husband was training for the Navy reserve.

The Padres fan says her catch is "a little glimpse into all of the multitasking mommas out there that kind of do, you know, all these things on the daily". 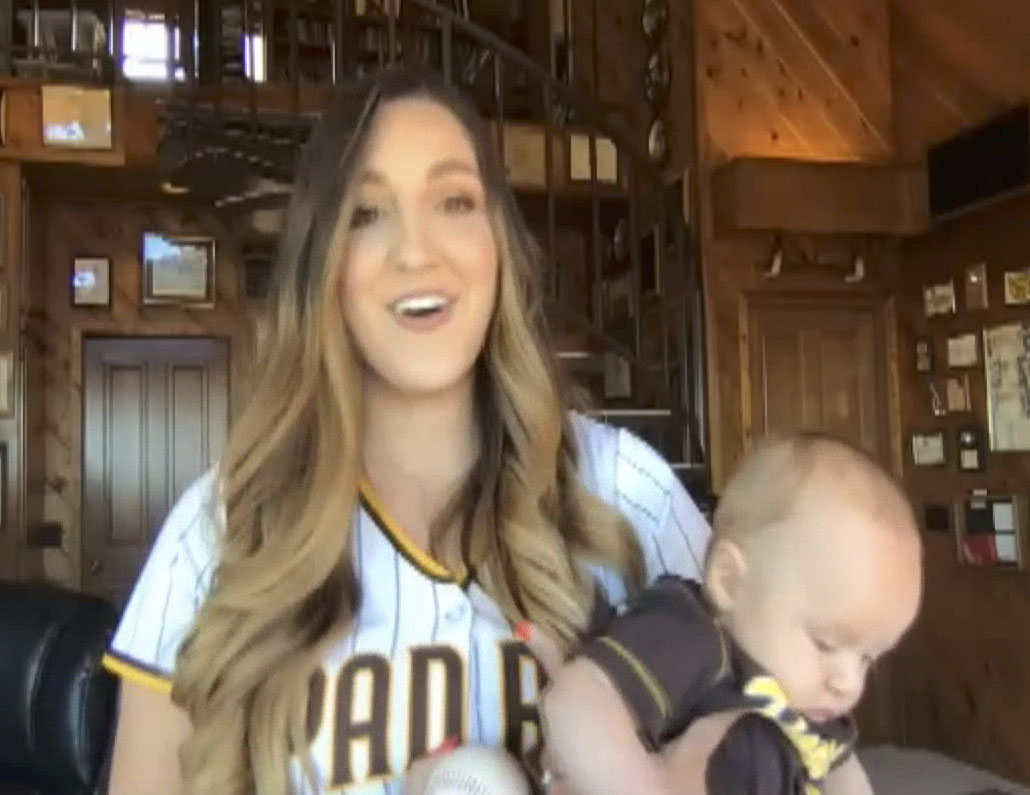 She added: "When it became this big viral thing and people are sharing, I was kind of surprised."

"But I think it's because it's a little glimpse into all of the multitasking mommas out there that kind of do, you know, all these things on the daily, but it's just a little clip into that."

The Padres shared the clip online, writing: "Moms are amazing." 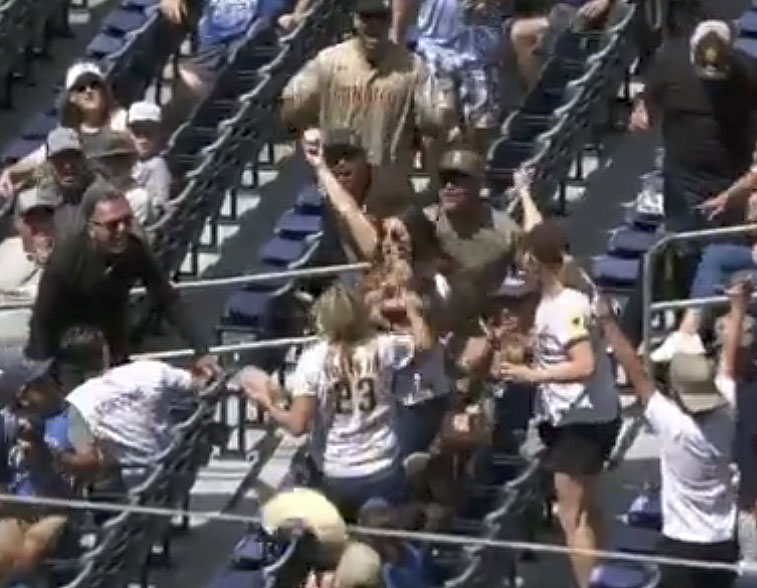 Responding to some online criticism suggesting the catch was not safe for her son Lexy said she was actually "keeping him kind of out of danger by catching it".

She added: "He's in my arms at all times. I'm always aware of where he is and what we're doing.

"Honestly, this [left] arm's kind of buff 'cause I always have him in this arm and I'm doing things with this [right] one, so it's just another kind of thing that us moms do.

"All I have to say is that us moms we know where our kids are."

Lexy said: "It's been an interesting 15 minutes of fame. I've had people send me messages and, you know, 'Oh my God, way to represent all the moms out there.'

"A lot of that and a lot of positivity around being a multitasking mom."

Unfortunately for Whitmore and her son, the Cubs beat the Padres.