The caring pet feared the youngster – his owner's granddaughter – would be dragged away by the mild currents and quickly sprang into action. 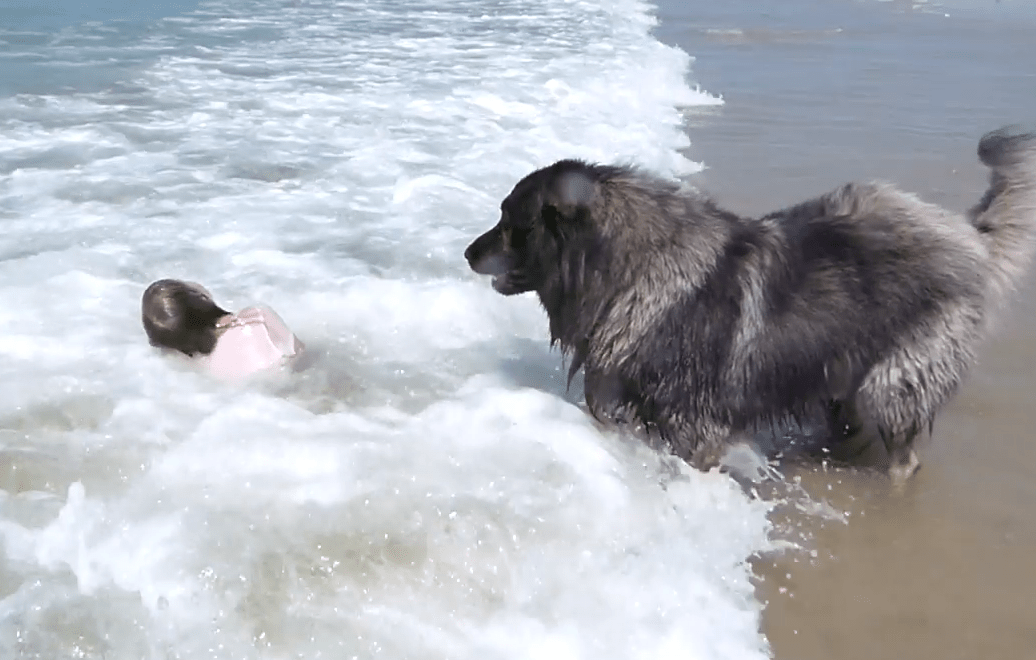 He had been standing guard over the girl – who looks about six or seven –  while she played in the waters just yards from her family.

However, when the wave hit the giant pooch clearly feared the worst and gently grabbed hold of her T-shirt with his teeth and dragged her to the safety of the sand.

The little girl can be heard laughing as Matyas pulls her out of the water, only letting go when he thinks she is out of any kind of danger. 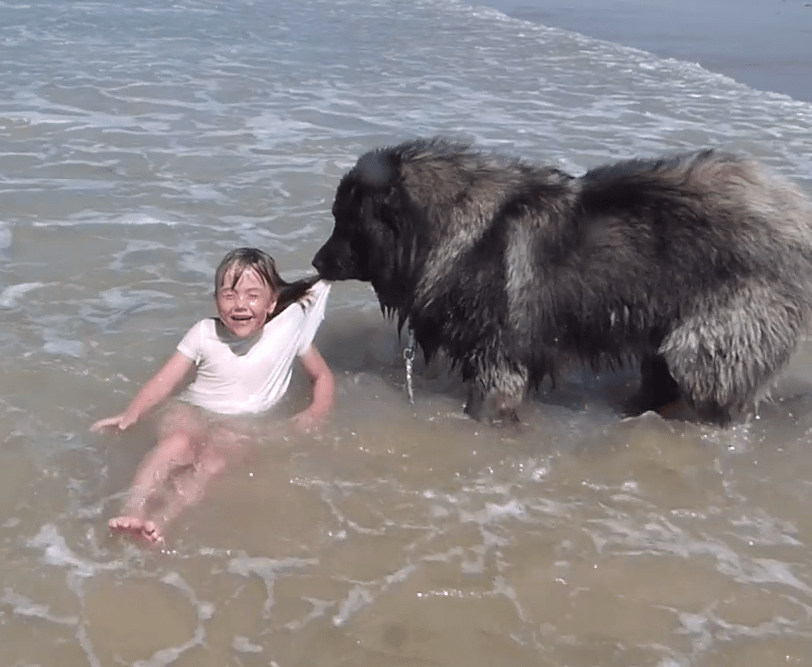 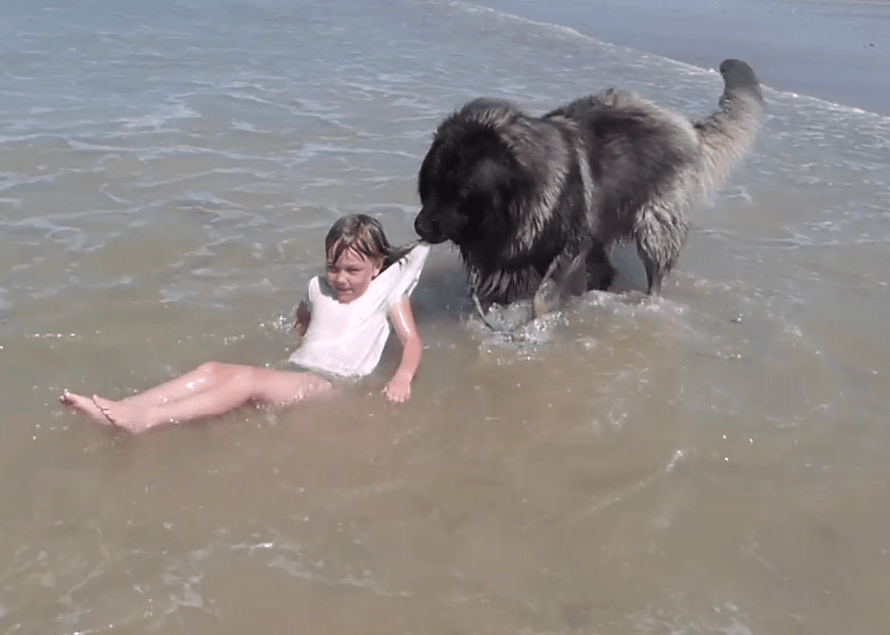 Footage of the moving moment  – filmed on August 3 – has now been shared online and it already has more than one million views. 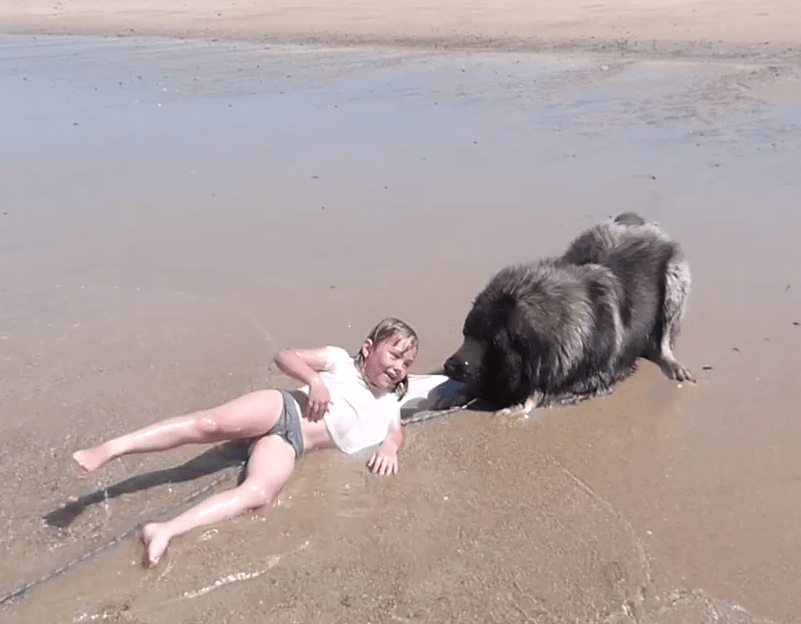