India extends the world’s biggest lockdown for two weeks, but eases some of the strict measures such as a ban on selling alcohol

The world’s biggest coronavirus lockdown will be extended for two weeks, the Indian government said today.

India’s lockdown imposed near the end of March has caused misery for millions of workers in India’s vast informal sector and dealt a major blow to Asia’s third-biggest economy.

But today the Indian government announced it will extend the lockdown until May 28, but relax some of the stricter measures, such as allowing the sale of alcohol and tobacco in less infected areas.

The home ministry said in a statement that in view of ‘significant gains in the COVID-19 situation’, areas with few or no cases would see ‘considerable relaxations’.

The government will continue stricter measures in places classified ‘red zones’, such as New Delhi and Mumbai, and ‘orange zones’, which have some cases. In ‘green zones’ or low risk areas, some movement of people and economic activities will be allowed, India’s home ministry says.

Air travel and passenger trains ground to a halt because of the lockdown and only the transport of ‘essential goods’ was allowed, causing major problems as well as considerable confusion for industry and agriculture. 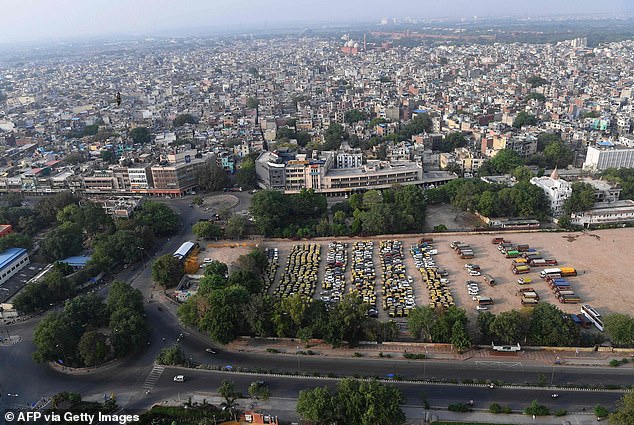 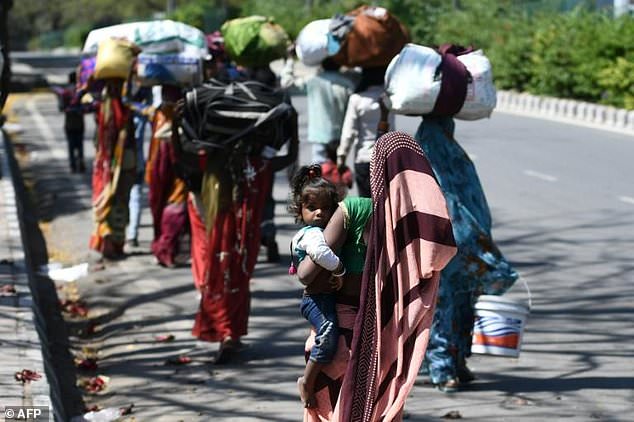 Hundreds of thousands of migrant labourers were left jobless when India’s lockdown was put in place, prompting a huge exodus of people back to their home villages

In particular hundreds of thousands of migrant labourers were left jobless overnight, prompting a huge exodus of people back to their home villages, many on foot, and leaving many dependent on handouts.

However the stringent restrictions, currently running until May 4, have been credited with keeping confirmed cases of coronavirus to about 35,000 cases as of Friday, with 1,152 deaths.

But some experts have said the vast country of 1.3 billion, home to some of the most congested cities in the world where ‘social distancing’ is virtually impossible, is not testing enough.

In addition, there are concerns that if the virus catches hold in a big way, India’s health care system – poorly funded by international comparison – will be severely stretched.

The government said Friday that many activities will remain prohibited nationwide including air and rail travel – except for ‘select purposes’ – schools, restaurants and large gatherings such as places of worship. 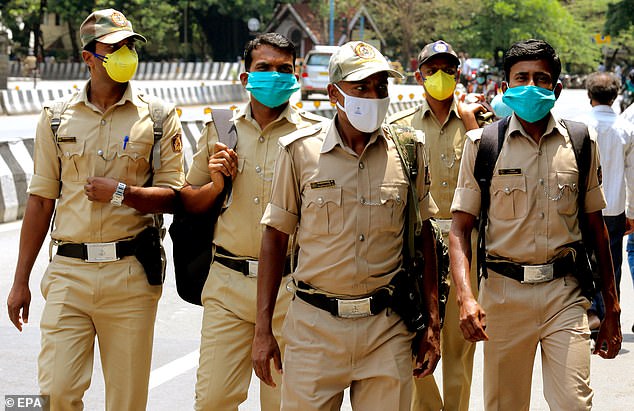 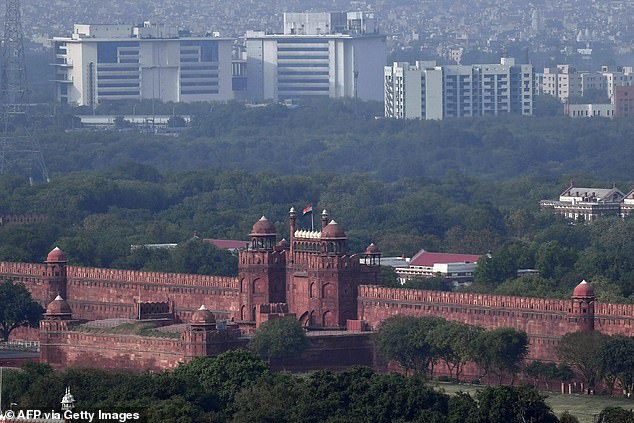 The Red Fort from a high-rise building in New Delhi today. The Indian government will continue stricter measures in places classified ‘red zones’, such as New Delhi and Mumbai, and ‘orange zones’, which have some cases

Restrictions are being lifted largely according to what colour an area has been assigned in a government rating system.

India is split into red zones with ‘significant risk of spread of the infection’; green zones with zero cases or no confirmed cases in the past 21 days; and those in between as orange.

This reflects a high concentration of cases in many urban areas such as New Delhi, Mumbai, Pune and Ahmedabad but very few or none in many rural areas of the country.

Red and orange zones will continue to have intensified contact tracing, house-to-house surveillance, and no movement in or out except for medical emergencies and the supply of essential goods and services, the home ministry statement said.

Authorities have also been told to ensure in these areas ‘100 per cent coverage’ of the government tracing app Aarogya Setu, which has been criticised for potential security flaws and practical drawbacks and which has alarmed privacy campaigners. 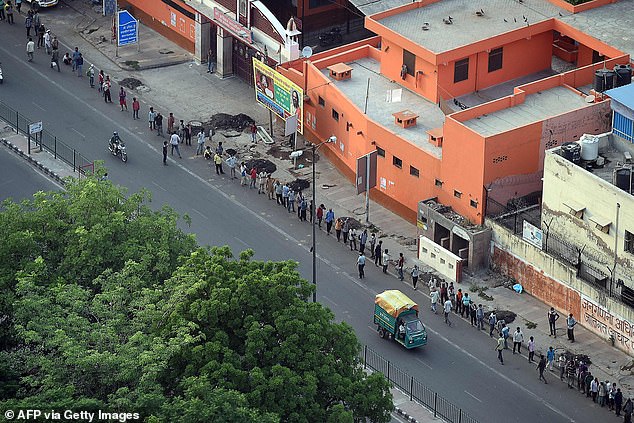 In orange zones taxis are allowed as well as private cars and motorbikes conducting permitted activities with limited passenger numbers.

In green zones all activities are permitted except those banned nationally.

For the first time since late March, shops in green zones selling alcohol and chewing tobacco can open – but with six feet (two metres) between customers and only with no more than five people present.

Officials say the nation has bolstered its domestic production for key medical supplies like ventilators, oxygen and personal protective equipment.

The government says it currently had almost 20,000 ventilators and 43.8 million oxygen cylinders.

But with an expected surge in cases following the relaxation of some lockdown measures, officials estimated a demand of 75,000 ventilators and in the coming weeks. Of this, 60,000 will be manufactured in India.

India´s low testing rates is partly due to the unavailability of testing kits. The government estimates needing 3.5 million standard kits for its 1.3 billion people, who have been under a five-week lockdown.