KOLKATA, India (Reuters) – India’s main opposition parties joined forces against Prime Minister Narendra Modi on Saturday at a rally which attracted hundreds of thousands of people months ahead of elections. 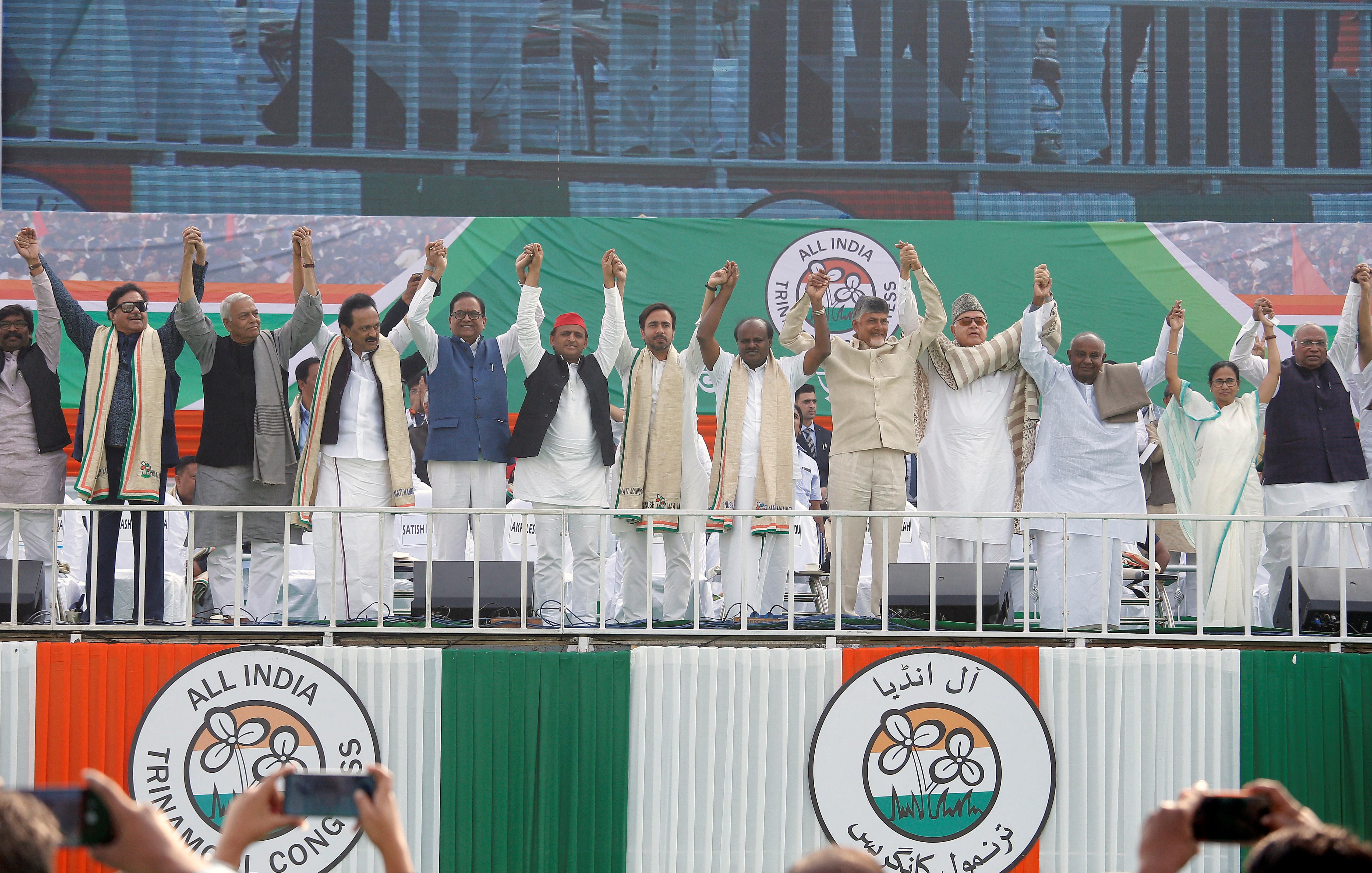 Hundreds of thousands of people flocked to Kolkata from rural Bengal for the rally, bringing disruption to the city.

Mamata Banerjee, chief minister of the state of West Bengal, called on regional party leaders to join a single platform to defeat the “anti-people” government of Modi, which the 64-year-old said was “nearing its end”.

A poll last month by ABP News forecast Modi’s party could fall about 25 seats short of a majority in national elections and Banerjee is among the few opposition leaders who could emerge as a prime ministerial candidate if the BJP loses.

Regional parties hold the key as they dominate the eastern states of West Bengal, Odisha, and the southern states of Andhra Pradesh, Tamil Nadu and Kerala, which together send 161 members to the 543 constituencies of parliament’s lower house.

Missing from Saturday’s lineup was Rahul Gandhi, president of the main opposition Congress party and leaders of the left parties, reflecting tensions among opposition parties on who would be their prime ministerial candidate against Modi.

Gandhi sent his representatives and a letter of support.

After the formation of a strong alliance between Samajwadi and Bahujan Samaj Party (BSP) last week in the state of Uttar Pradesh, which sends 80 members to the lower house, Modi’s party faces a risk of losing elections, Banerjee said.

“Modi had promised to create 20 million jobs a year but after a faulty launch of national sales tax and demonetization in 2016 more than 10 million jobs were lost,” he said.

India’s unemployment rate hit 7.4 percent in December, highest in 15 months, while the number of people employed fell by nearly 11 million from a year ago, a report by the Mumbai-based Centre for Monitoring Indian Economy, said this month.

Politicians at the rally, whose organizers said was attended by more than a million people, said India’s growth had slowed during Modi’s term and their first priority was to defeat him, adding a replacement would be decided after the elections. 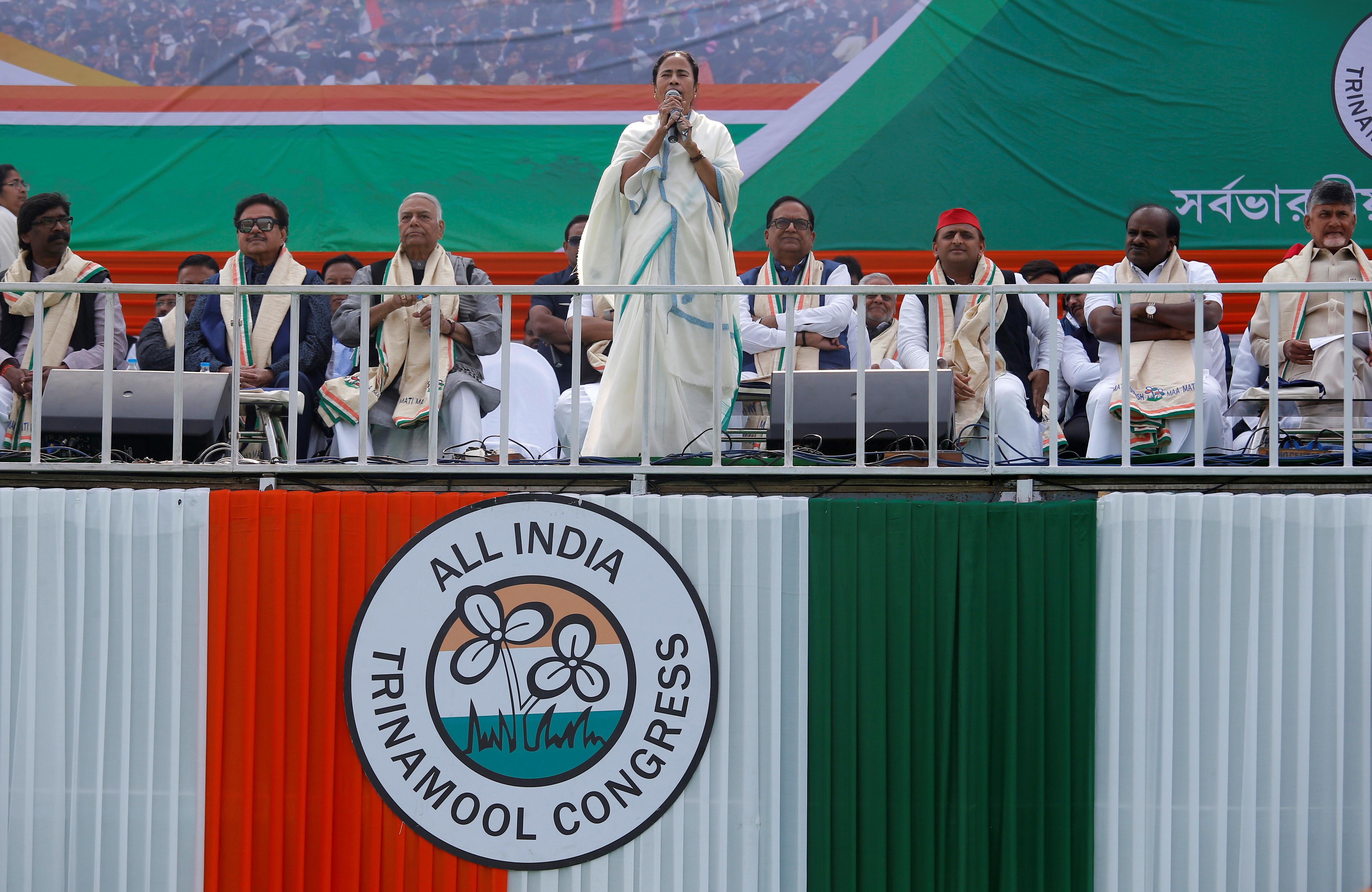 The BJP dismissed the prospects of an opposition alliance, questioning who would lead such a coalition.

Modi is expected to detail a package worth more than 1 trillion rupees ($14 billion) in his last budget on Feb 1, including benefits for farmers and other taxpayers.

An intrepid photographer's incredible images of the Nordic islands

Inside the ‘flying hospital’ plane used to rescue coronavirus-infected passengers – The Sun
We and our partners use cookies on this site to improve our service, perform analytics, personalize advertising, measure advertising performance, and remember website preferences.Ok