A BLACK Lives Matter mural was trashed by vandals in Indiana overnight.

Residents of Indianapolis discovered on Sunday morning that every single letter of the phrase "Black Lives Matter" had been splashed with gray and white paint. 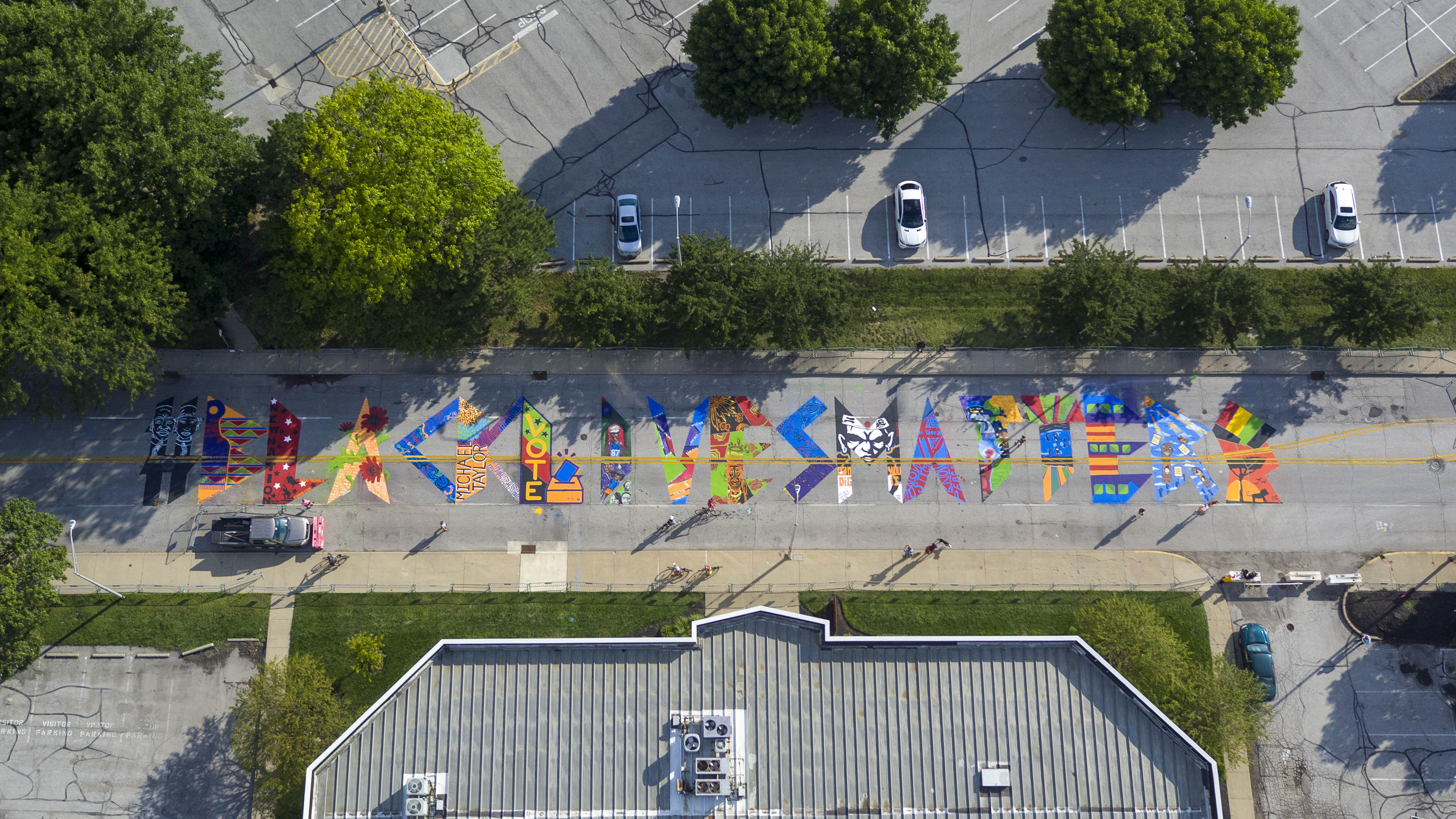 Local artists finished painting the mural, which stretches across a block of the roadway on Indiana Avenue in the city's downtown, just one week ago.

With the letters spanning the entire width of the street, the words are still legible.

The artist who painted the letter L on the mural, Rebecca Robinson, told the Indianapolis Star she found out about the damage from an early-morning email that read, "it's starting already."

The Indianapolis City Council approved a resolution on July 14 to paint the mural as a symbolic condemnation of racism. 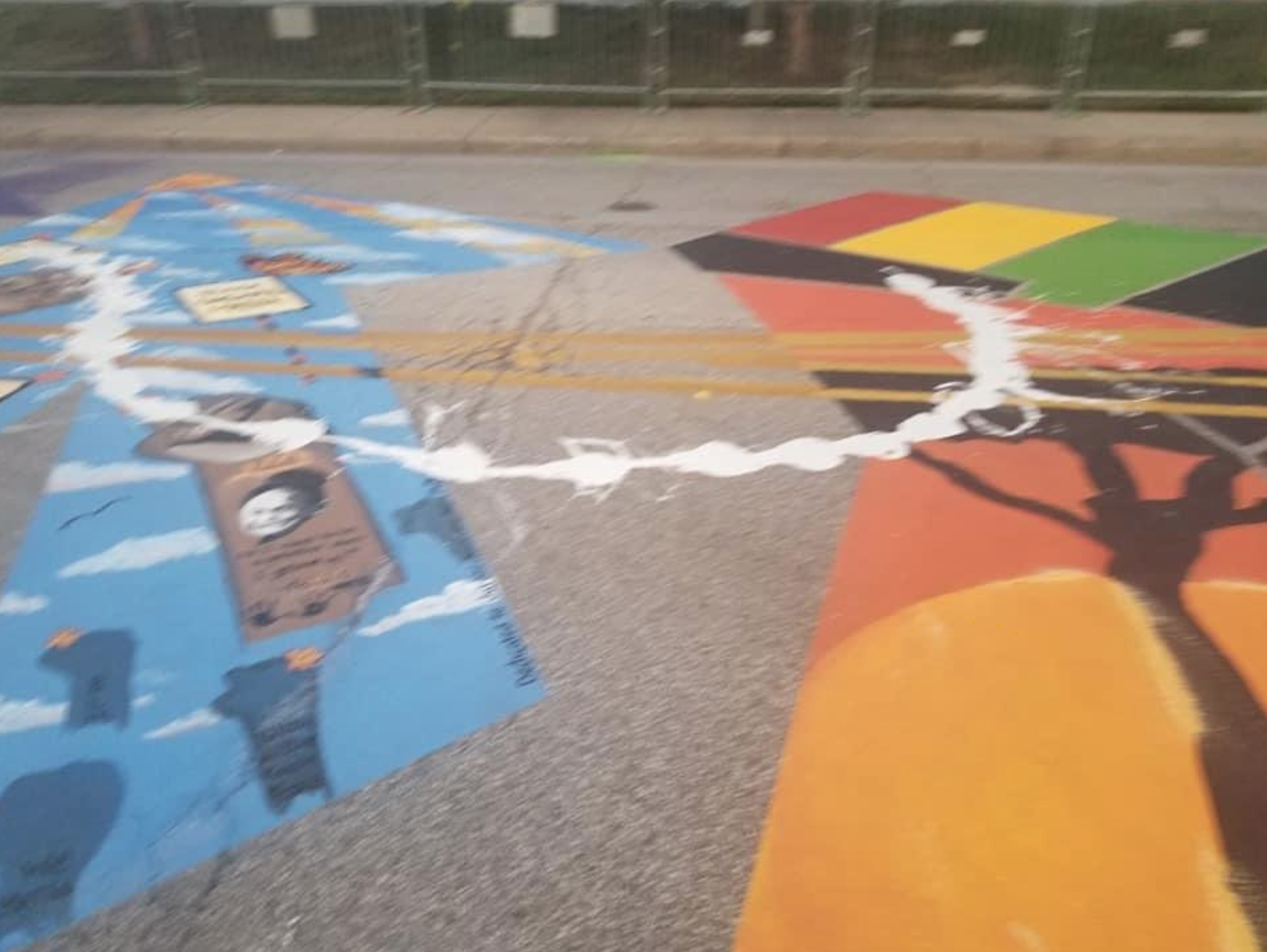 The council had earlier voted to remove a Confederate monument from a local park.

Indianapolis was no exception, with hundreds of protesters marching throughout the city.

The multicolored Black Lives Matter mural on Indiana Avenue includes depictions of George Floyd and Breonna Taylor, whose deaths sparked a nationwide protest movement against police brutality, as well as Dreasjon Reed, an Indianapolis local who was also shot and killed by the police.

Indiana Avenue was chosen as the site of the mural because of its historical significance for the city's black community, local organizer Mali Jeffers told the Indianapolis Star. 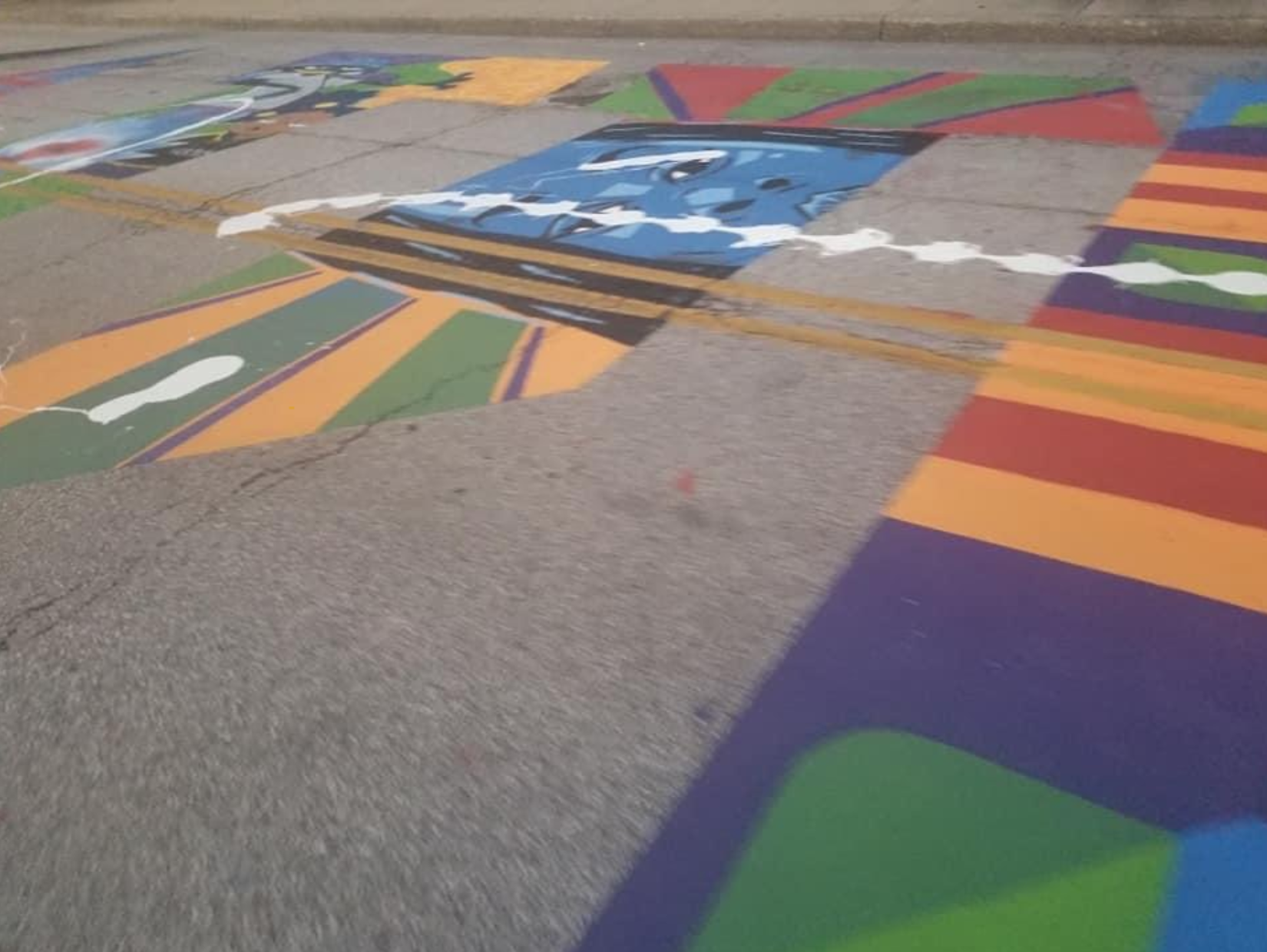 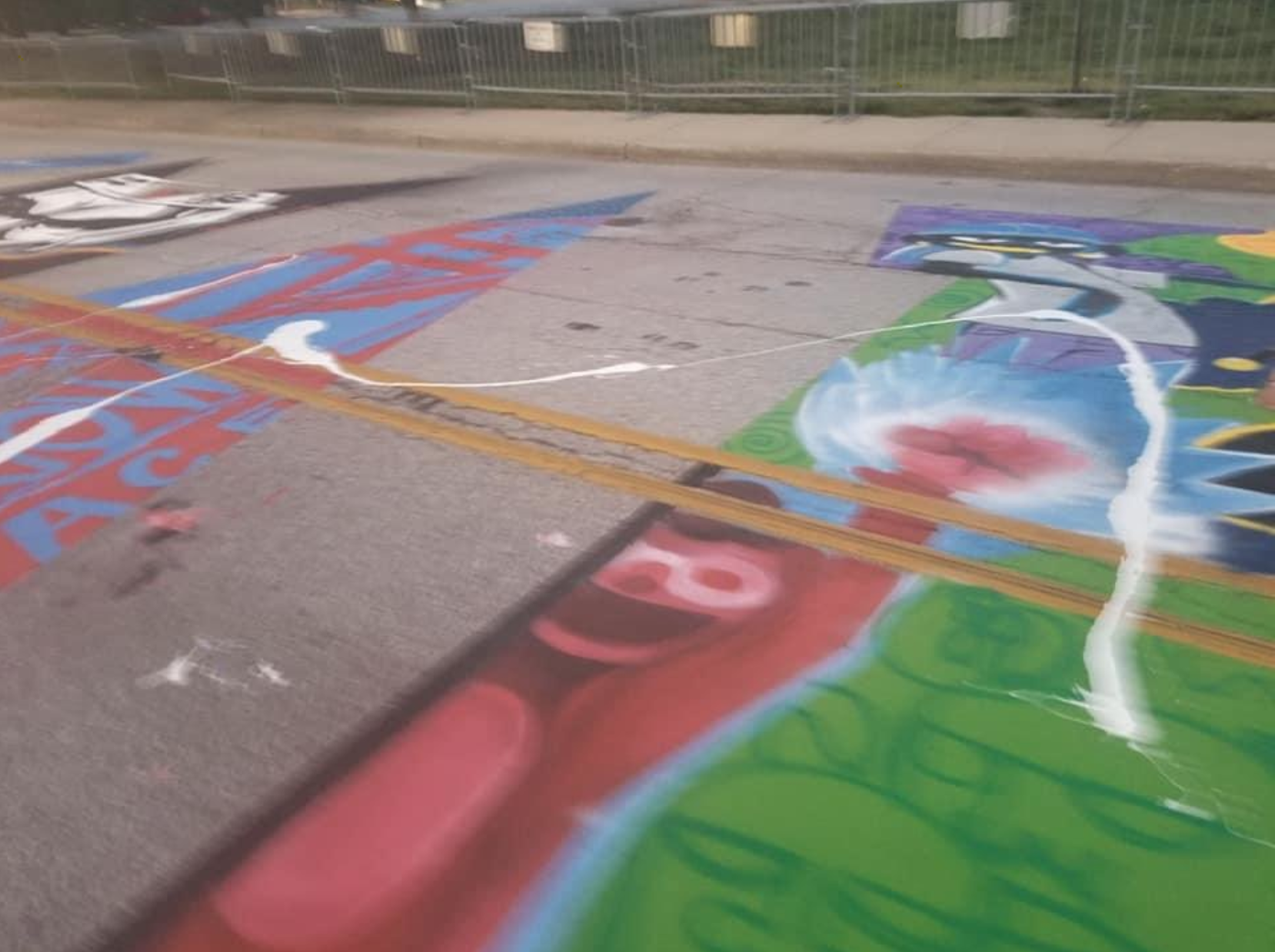 The neighborhood was the home of jazz clubs and black businesses before the city built a highway running through it and demolished historic buildings.

The identity of the person or people who defaced the mural is unknown.