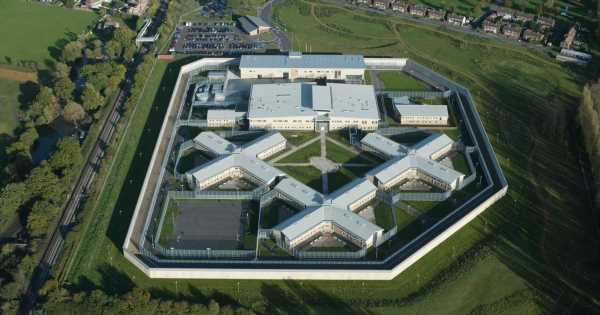 A category A woman's prison in Surrey has developed a reputation as one of the UK's most violent women's institutions and has a veritable collection of infamous inmates to its name including terrorists and monster mums.

HMP Bronzefield is the largest female prison in the country and has a capacity of 527 inmates – many of whom have been jailed for despicable things.

Inmates at the sprawling mega jail have said that violence is commonplace within its walls and have even claimed some women have had boiling water thrown over their faces.

In 2020, former prisoner Sophie Campbell made a series of shocking allegations about the facility including that some prisoners gave sexual favours to guards for better treatment.

Speaking to the Mirror she said: "I couldn’t believe how offenders were treated by the officers.

"You wonder how they got away with a lot of it – neglecting inmates in their cells, depriving them of their meals, not giving them much-needed medical attention, or being too rough during searches.

Sophie was able to leave the facility at the end of her two-year sentence for GBH but many other women remain in the prison, many of whom will never be released.

These are just a few of the infamous female criminals who have graced the facility in recent years.

Karen Matthews spent two years in HMP Bronzefield for her role in the twisted fake abduction of her own child.

Dubbed Britain's worst mum, the mother-of-seven was banged up for her despicable role in the plot to kidnap nine-year-old Shannon then cash in on the £50,000 reward money.

While locked up, Karen reportedly lived a cushy life telling a Mirror reporter she "only missed sex and shopping" and spent the end of her sentence on F-wing with child killers.

She was visited during her stay in jail by former neighbour Julie Bushby, who revealed details of Matthews' life behind bars including cutting her ginger hair short and dying it in in the prison hairdresser’s.

Her waistline also expanded as she gorged on a diet of crisps and chocolate, which also left her teeth rotten.

She also reportedly got herself involved in get-rich-quick scheme writing sexually-explicit letters to male admirers from her cell.

After serving half of her eight-year sentence, Matthews was released from prison in April 2012 and eventually found herself engaged to handyman Paul Saunders.

The pair briefly split up when Matthews learnt he had been jailed for five years in 2010 for sexually abusing a 15-year-old girl, however, they are reportedly considering starting a family together.

One of HMP Bronzefield's most notorious inmates is 39-year old serial killer Joanna Dennehy, who is one of only two women serving whole life sentences in the UK.

In 2013, Dennehy stabbed three men to death and dumped their bodies in ditches around Peterborough. Two other men were also stabbed but survived.

After the monster was apprehended and pleaded guilty to her crimes, details of her gruesome escape plans were unearthed which involved her murdering a prison guard and using the severed finger of another to go free. She hoped to use the finger to beat the prison’s biometric security, a source claimed.

But the plot – detailed in a written plan by Dennehy – was thwarted when two fellow inmates got in touch with the authorities.

She would go on to fall in love with fellow lag Hayley Palmer in prison and even had plans to marry her.

Street robber Palmer, who has now been released, told The Sun on Sunday that Dennehy laughed and "had no regrets" about killing her three male victims.

The pair's deeply unsettling relationship saw them exchange letters after Palmer's release in which Dennehy said: “To me you will never be anything other than real, the first person to creep under my skin.

"You have a fully committed psychopath."

The pair tried to take their own lives together in 2018 after Prison bosses planned to split them.

They both survived and Palmer was transferred before her recent release.

The couple has now separated after Dennehy stopped calling from prison.

Connelly was jailed after she admitted causing or allowing the death of a child in 2008.

Connelly’s son Peter, one, died in 2007 after suffering more than 50 injuries at the hands of her partner Steven Barker and his paedophile brother Jason Owen. He was found dead at Connelly’s London flat after 60 visits from carers and police.

She is now being held at Low Newton high-security jail in Co Durham. One-half of the infamous West murders, Rose West was also briefly banged up in HMP Bronzefield following her conviction.

Along with her husband Fred West, Rose was convicted of ten murders in 1995 and given a whole life sentence.

The evil couple abducted, sexually abused and murdered at least 10 girls, including their own daughter, before dismembering and burying their bodies.

While in prison on remand, Fred killed himself, however, Rose has been content to live out her term, first at Bronzefield and latterly at HMP New Hall near Wakefield, West Yorkshire. Now 68, the serial killer has lived a considerable period of her life behind bars and has bragged of a 'no stress life' in jail.

In a letter obtained by the Sun, Rose discusses how much she has "enjoyed" a book club at the prison, adding gleefully "I love stories".

The letter continues: "It’s really good to be able to join in with something that doesn’t mean too much stress."

Devout Islamist extremist Roshonara Choudhry is also incarcerated in the prison as a highly dangerous Category A prisoner.

In 2010, Choudhry attempted to kill Labour MP Stephen Timms at one of his surgeries and succeeded in stabbing the politician twice with a 6-inch kitchen knife.

After refusing to attend her trial because she did not recognise the court's authority, she was found guilty of attempted murder and given a life sentence.

Due to the risk of violence Choudhry possesses, she can only have visitors if she is strip-searched before – a practice she disagrees with religiously.

As a result, she remains in her cell at the prison in solitary confinement.