Six fire crews were at the scene of the Art-Deco building, with an area measuring 656ft by 328ft on fire from the first floor of the building upwards. 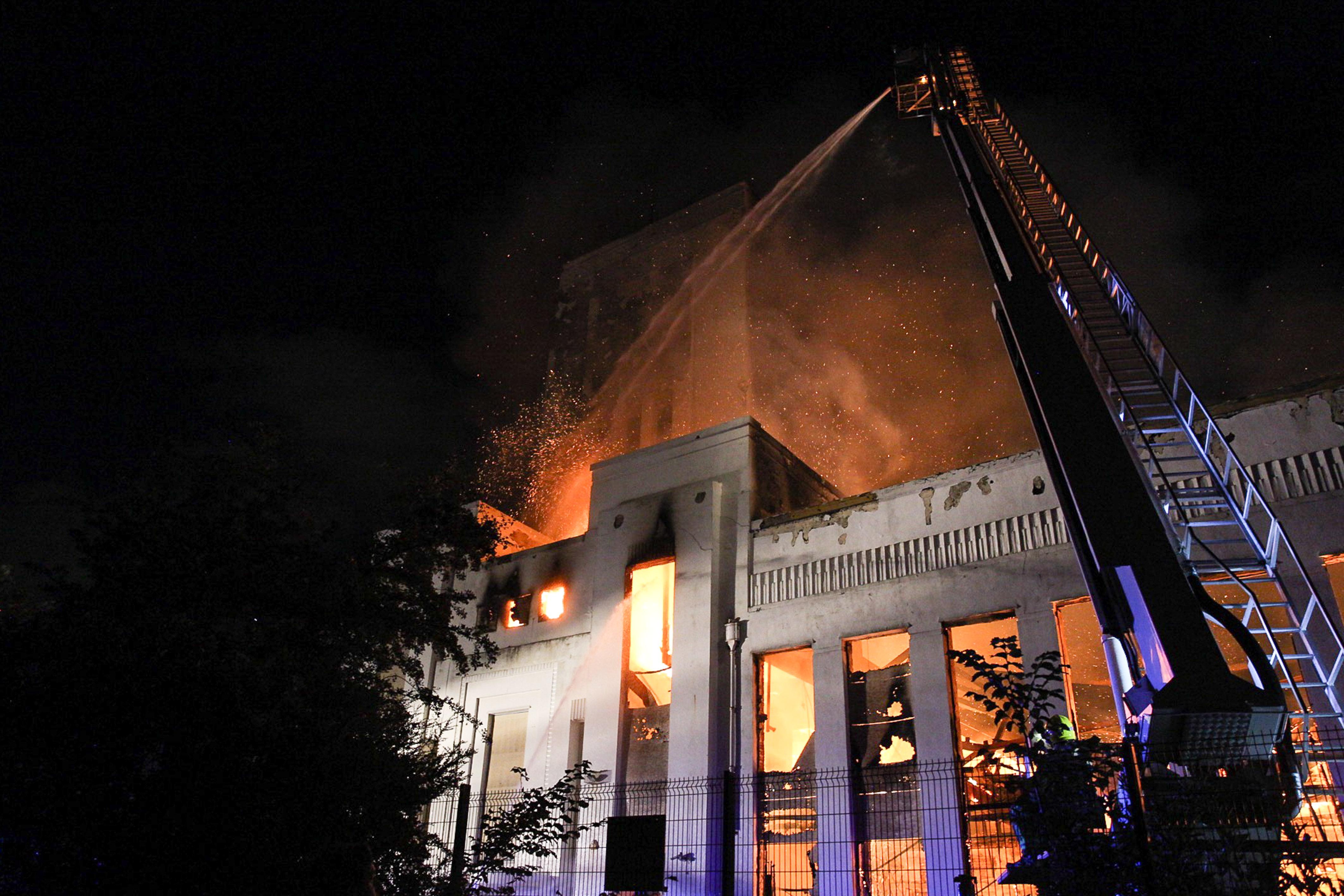 Crews using breathing apparatus have entered the building to tackle the fire, and two main jets are being used to douse the flames from the outside.

There are no reports of injuries.

The fire service was first alerted at 7.52pm and were on scene within four minutes, but found the roof of the five-storey building well alight.

The building, on Edge Lane, Liverpool, was built in 1938 and was part of the football pool's coupons arm of the Littlewoods empire, built up by self-made tycoon Sir John Moores.

It had stood empty since 2003, and a series of redevelopment plans had fallen through. 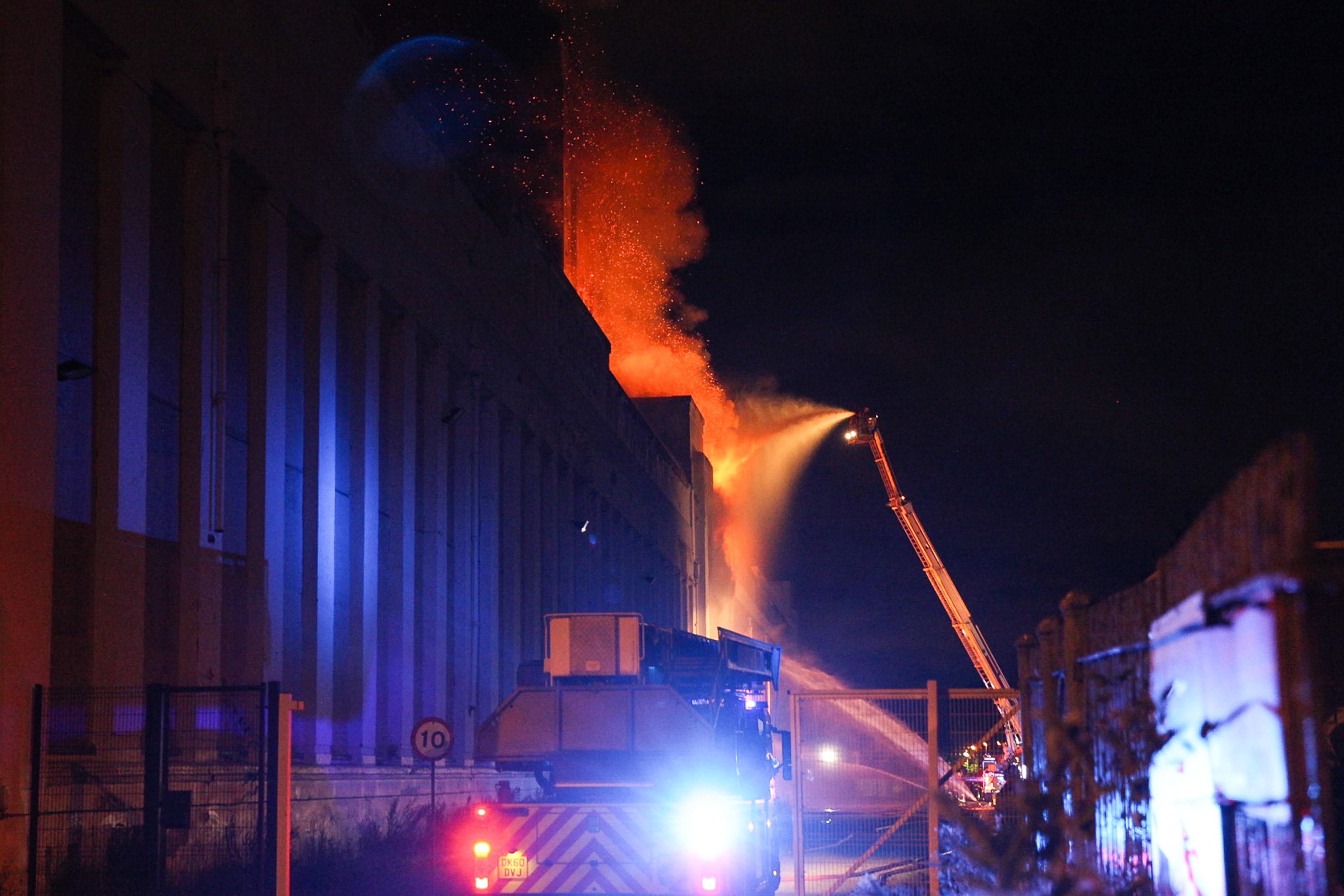 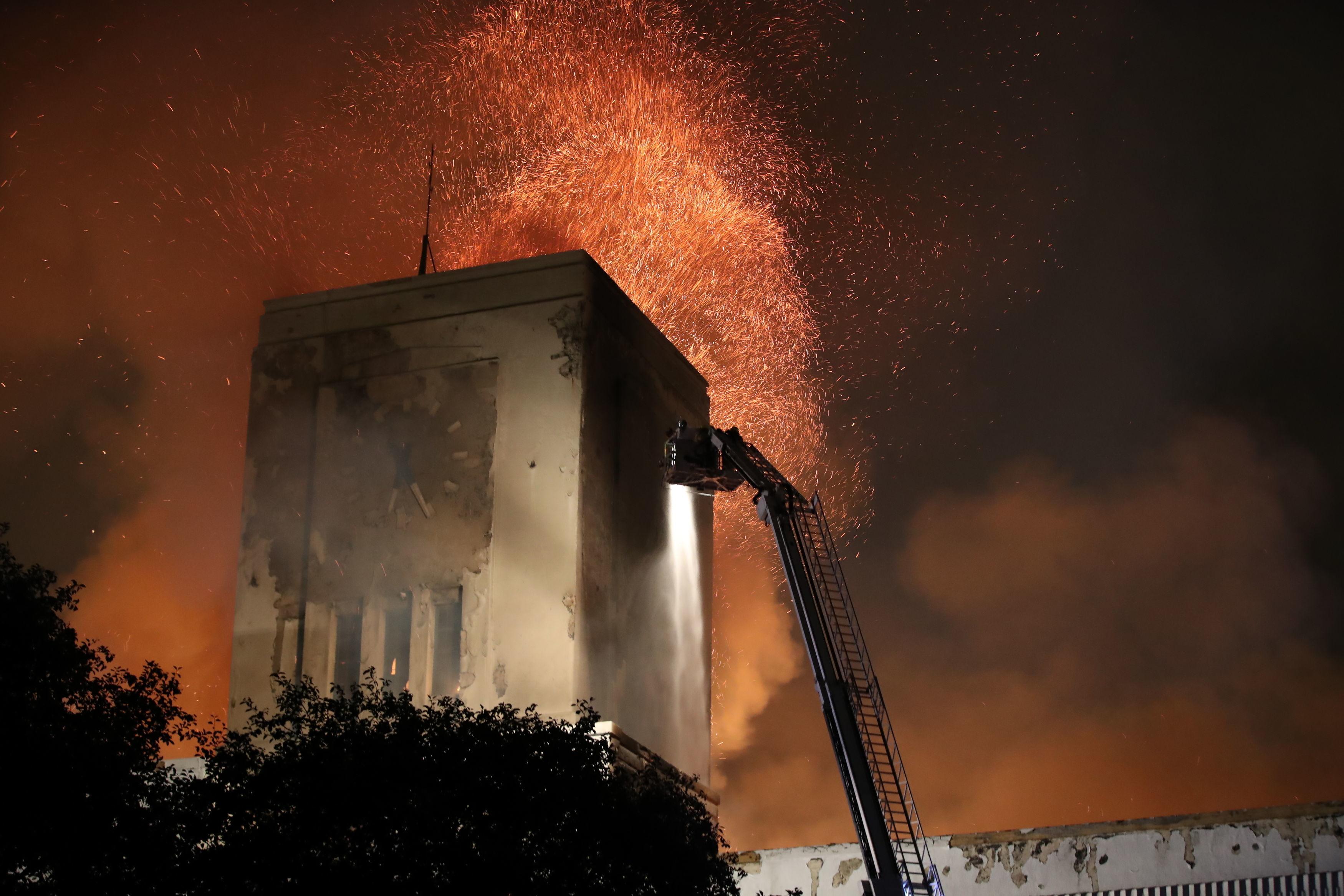 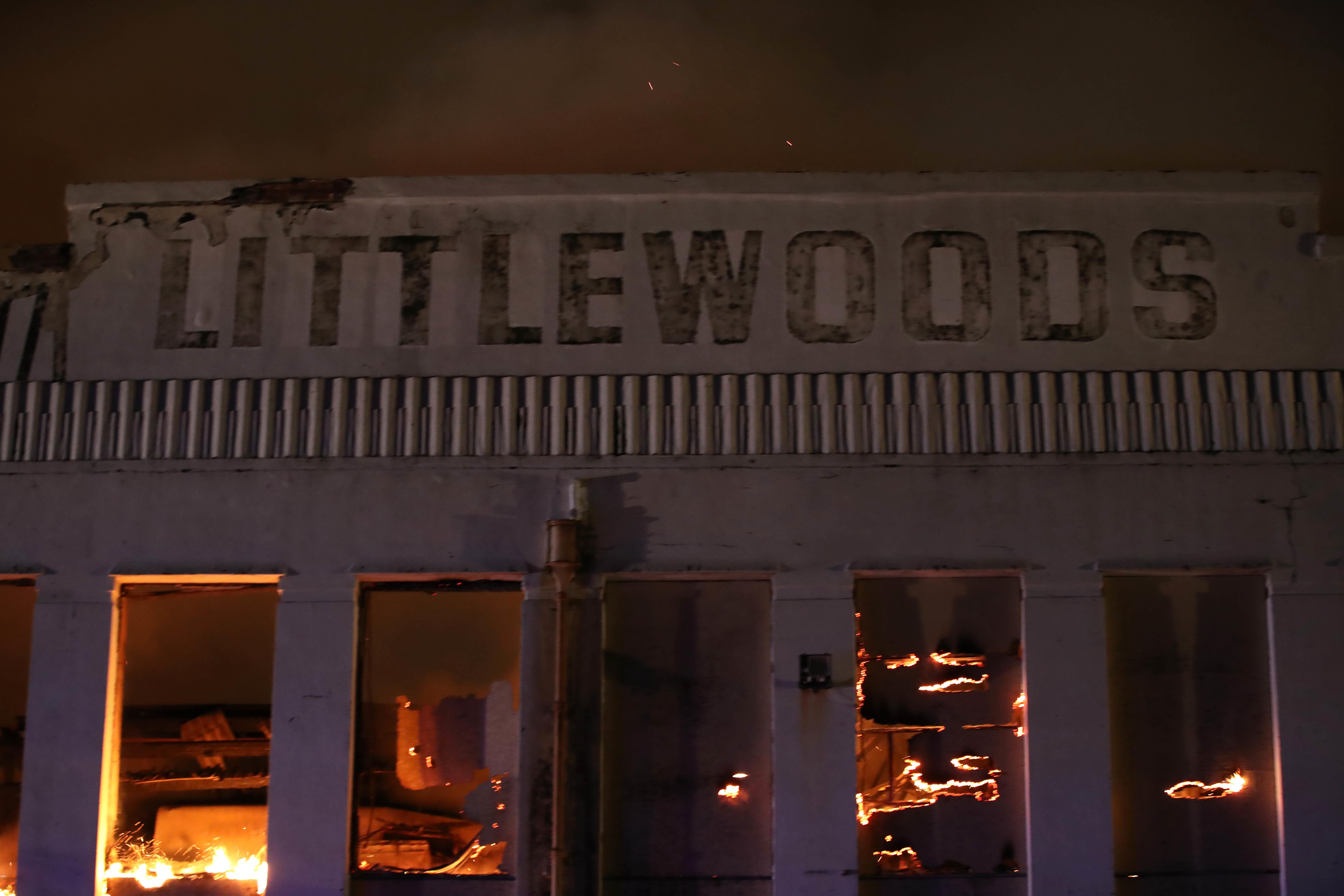 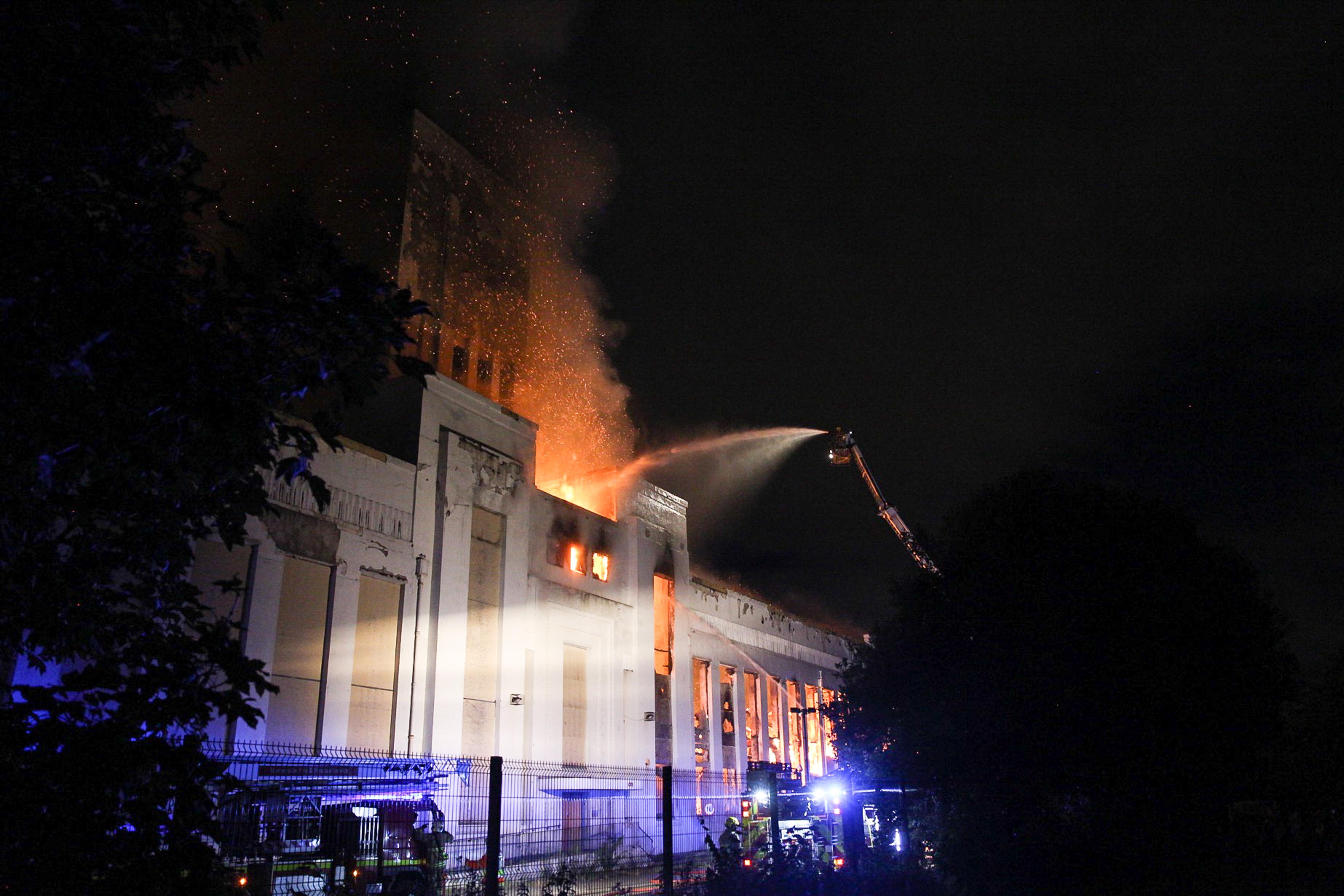 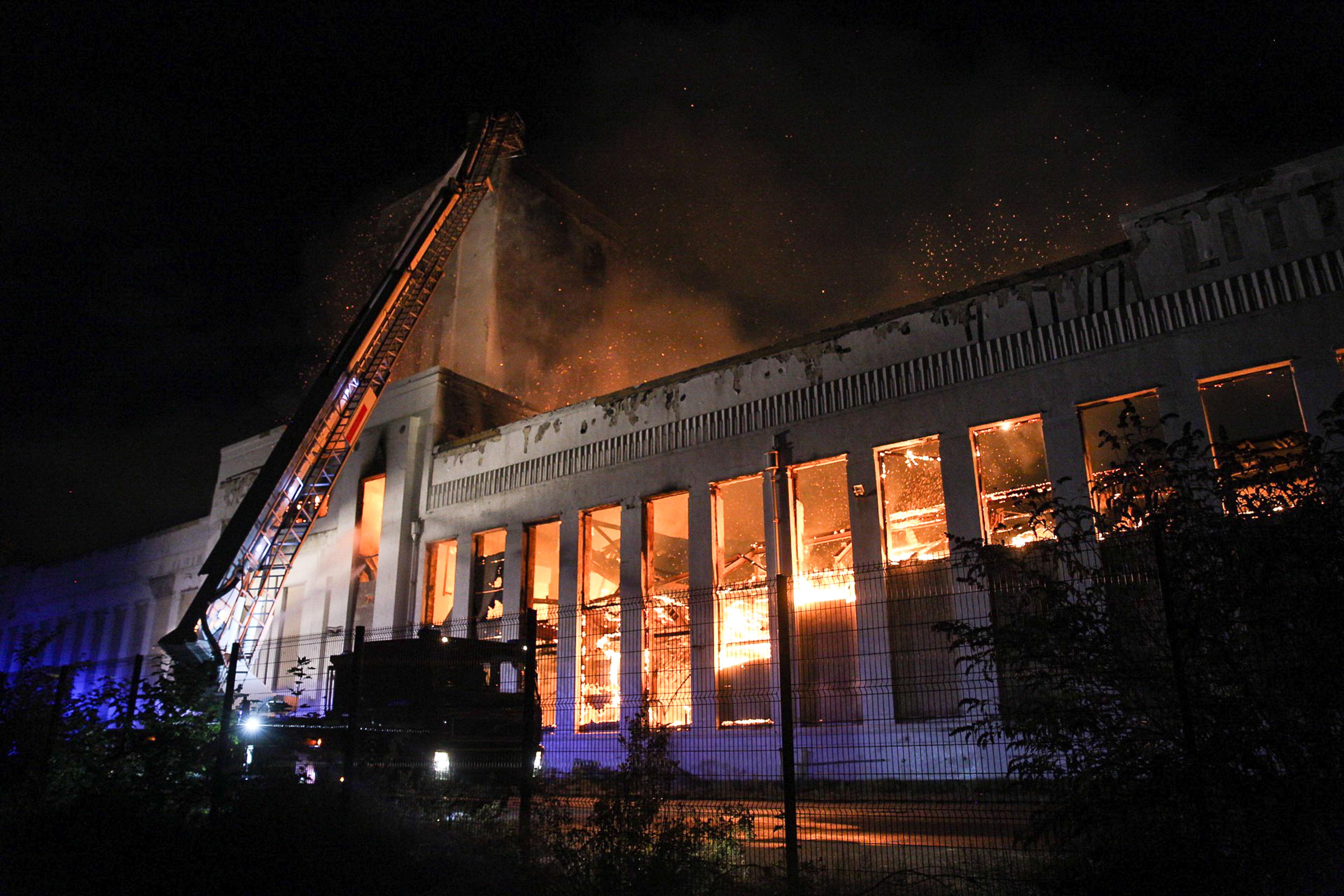 But the building had recently been sold with a plan to redevelop the site to become a major film and television studio hub, creating 350 jobs.

Twickenham Studios has signed a deal with developer Capital & Centric to create a £50m northern base at the site.

A police cordon was put in place and the the fire service say the incident was ongoing. 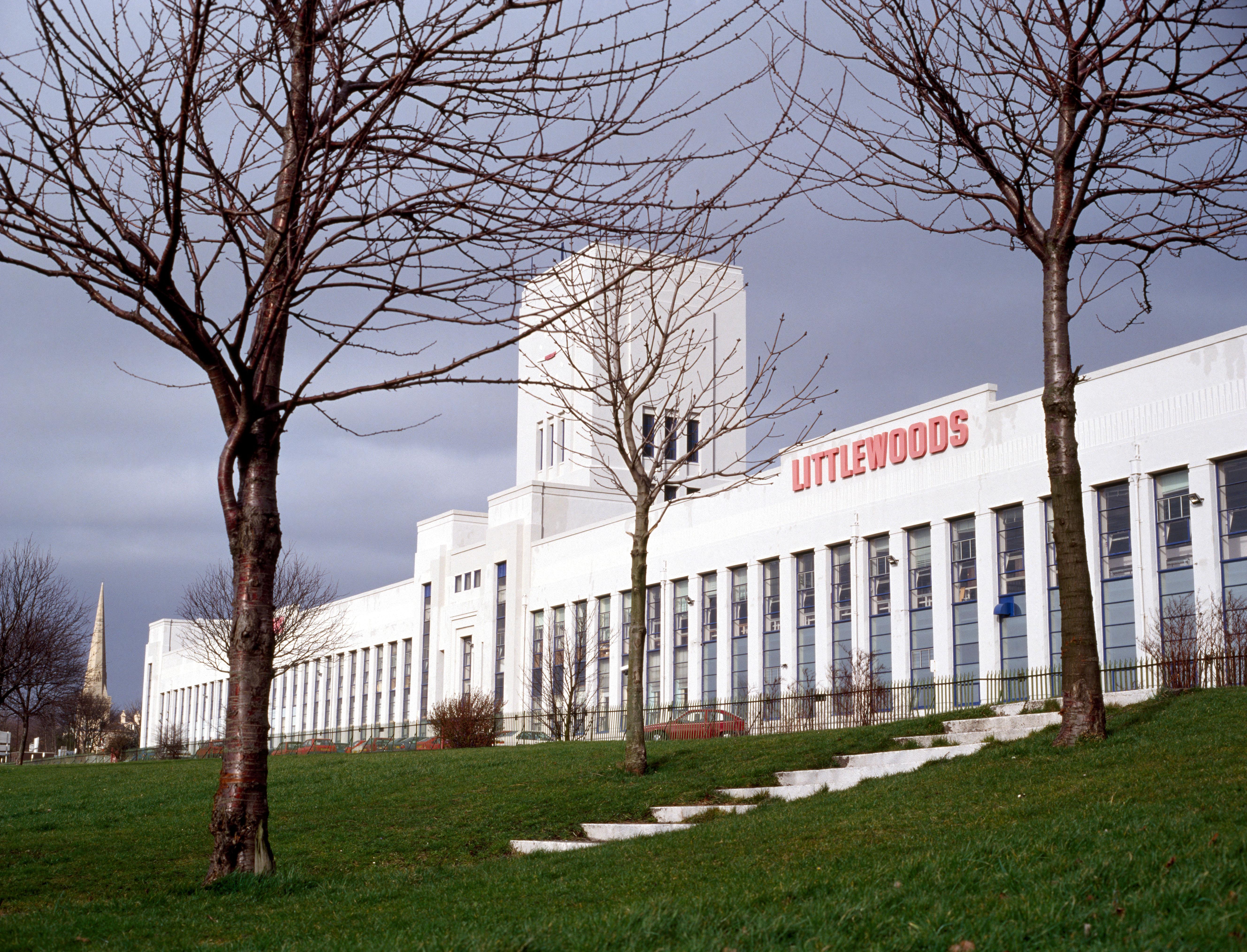