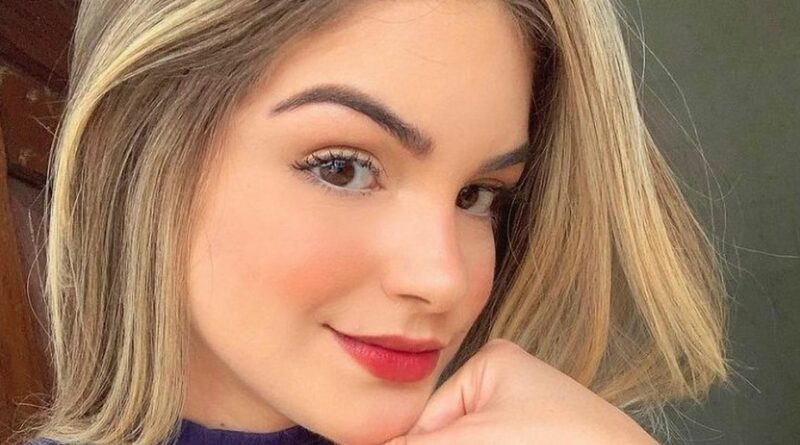 This shocking photo shows the injuries sustained by a beautiful Brazilian influencer allegedly at the hands of her ex-boyfriend in front of her grandparents and baby son.

Milena Peixoto took to Instagram to tell her 298,000 followers of the injuries she sustained when she was allegedly attacked by her ex this weekend.

The influencer said her ex, whom she named as Wenderson Albuquerque, beat her in the street in front of her grandparents and even her 10-month-old son.

She said that "as well as tearing out my hair, he punched me in the throat", and she told her followers she had reported him to the police for the violent attack.

The influencer said the attack took place after she told her followers that Wenderson had cheated on her, which had prompted her to call off the relationship.

The young woman said she chose to tell her followers about the attack at the hands of her ex "so everyone can see who he really is".

She also wrote: "I feel sorry for my son for having a father like this. Unfortunately, I didn't know how to choose the right father."

The influencer also posted video footage on her Instagram page, with one clip apparently caught on CCTV showing the attack unfolding.

And another clip shows the young woman returning back inside her house to show a clump of hair on the floor after it was allegedly torn out by the man.

"We were in a relationship for four years, and then I discovered his affair. I decided to speak some truths here for his lover."