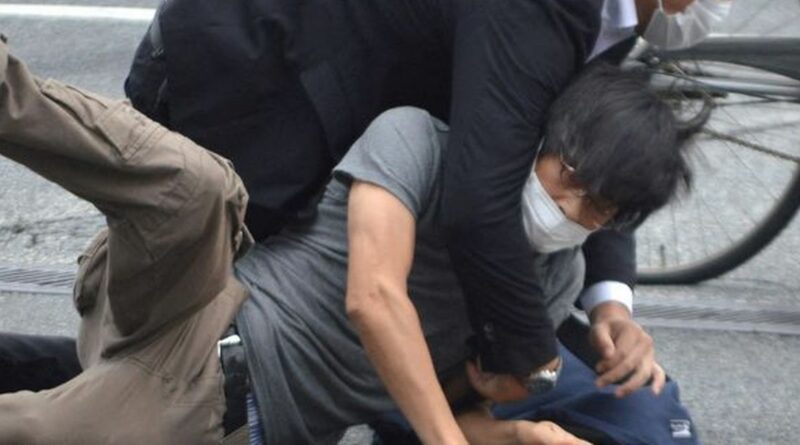 The shocking murder of ex-Japanese Prime Minister Shinzo Abe today (July 8) has thrown the country's ultra-strict gun laws into focus again, with many locals devastated such a barbaric crime could happen there.

Mr Abe was shot twice at point-blank range with the 41-year-old military veteran suspect allegedly doing it because he was "dissatisfied" with him.

Horrified witnesses claim the alleged shooter, Tetsuya Yamagami, snuck up on the ex-PM while he was addressing a crowd in the city of Nara before shooting him in the back and neck.

Medics tried to resuscitate Mr Abe for hours before confirming his death this morning.

The shocking crime has left Japan reeling due to the stringent gun regulations they have always employed. Earlier this week, Business Insider reported that Japan had been able to almost permanently eliminate gun deaths with no more than 10 happening on average every year.

This amazing statistic is even more remarkable considering Japan has a population of 127 million people.

Unlike in the US where broadly anyone can own a gun if they apply for a permit, it is exceedingly difficult for anyone to own a gun.

In fact, should they wish to do so, Japanese citizens must first jump through an exhaustive system of hoops including a written test, an all-day in-person class as well as mental health and background checks.

They must also demonstrate at least 95% accuracy in a long-range shooting exam.

Should they pass all of these measures they must then retake all facets of the test every three years.

And even if a person passed with flying colours they are only able to own a shotgun or air rifle – not a handgun. It's thought that the shooter carried out today's assassination with a self-made gun as a homemade device recovered from the scene.

A young woman at the scene told Japanese broadcaster NHK: "He was giving a speech and a man came from behind,'

"The first shot sounded like a toy. He didn't fall and there was a large bang. The second shot was more visible, you could see the spark and smoke."