As Jennifer Johnson, the former girlfriend of Babes in the Wood killer Russell Bishop, is found guilty of perjury and perverting the course of justice, the 30-year saga of the double murder has finally come to some sort of end.

Sue Eisman, mother of Bishop’s victim Nicola Fellows, says her daughter is now at peace: “I think she’s in her angel bed, not lingering anymore,” she said.

“When they read out ‘guilty’ I think she went up.”

Johnson’s lies at Bishop’s infamous 1987 trial, together with a catalogue of errors by the investigating officers, saw the murderer go free – only to be caught after an horrifying attack on a seven-year-old Brighton girl just four years later.

This time Bishop’s intended victim survived and was able to identify him as her would-be killer.

The girl had been snatched from the street, shut in Bishop’s car boot and taken to Sussex beauty spot Devil's Dyke where she was molested, strangled and left for dead.

In December 1990, Bishop was convicted of kidnapping, indecent assault, and attempted murder.

He was sentenced to life imprisonment with a recommended minimum term of 14 years before being eligible for release.

Back in 1986, Bishop had taken part in the search for his two victims Nicola and Karen, telling police that his terrier Misty was a highly trained tracker dog and was so skilled that it had been insured for £17,000.

But the evil killer was known locally for his inappropriate interest in young girls.

Friends and workmates mentioned how he frequently wolf-whistled and stared at schoolgirls.

There were rumours that he encouraged local teens to appear in homemade pornographic films that were passed around to men on the estate.

His close interest in the search led to suspicion that me might have been involved in the girls’ disappearance – and his unconvincing and inconsistent alibis led to his arrest.

He was charged with the murders on December 3 and remanded in custody for a trial the following year.

However, there were crucial flaws in the investigation. A failure to record the temperatures of the dead girls’ bodies at the scene made it impossible to determine their time of death.

Also, the pathologist should have measured the bruises on the victims’ throats, providing valuable evidence tying Bishop to the come. This too, was not done.

Errors in the preservation of evidence from a blue sweatshirt that was central to the prosecution’s case also weakened the case against him.

Mother-of-four Johnson lied about the sweatshirt in court, claiming that she had never seen it before despite admitting it was Johnson’s in an earlier interview.

For this, and other blatant lies in the witness box, Johnson will be sentenced on Wednesday, May 19, for her part in covering up the killings of Nicola Fellows and Karen Hadaway.

Johnson, 55, was accused of having lied “prolifically” and significantly undermining Bishop’s original trial, resulting in the monster being acquitted of the brutal murders.

Over the last few weeks, Johnson’s trial at Lewes Crown Court heard she had told “lies that were important” including about a crucial piece of evidence – a sweatshirt found near the scene.

Johnson claimed that she had acted under duress and “had no choice” when she lied during the trial more than 30 years ago.

The jury took more than 12 hours to reach their majority verdicts of guilty on both counts. Johnson closed her eyes as the jury foreman delivered the verdicts while the victims’ families wiped away tears of relief.

After the verdicts were read out, Lorna Heffron, Nicola’s cousin, faced Johnson as she delivered an emotional statement in court.

She said Johnson “played a huge part in helping to blur the lines” of Bishop’s first trial by her “devious actions” of perjury.

Ms Heffron added: “Russell Bishop will never be freed from prison – he will die where he belongs behind bars.

“His ex-lover Jennifer Johnson must also pay her price for the part she played in the miscarriage of justice.

“Her prolific and devious lies have impacted us all.”

Johnson was remanded in custody ahead of her sentencing on Wednesday.

Nine-year-olds Karen and Nicola were found sexually assaulted and strangled in a woodland den in Brighton in October 1986.

Bishop was first tried for the murders in 1987 but was acquitted.

The not guilty verdicts “caused devastation” for the girls’ families but there was “another terrible consequence”, the jury was told: Bishop went on to attack another girl in 1990.

It was not until 2018 that Bishop was convicted of the killings of Karen and Nicola, and jailed for life with a minimum term of 36 years.

Mr Justice Fraser said Johnson was “infatuated” with Bishop but the relationship had been “problematic”.

“Earlier in her evidence … she said she was being treated like a murderer,” he told jurors during his summing up of the case.

“You must remember that the defendant does admit lying on oath in a crown court trial.”

He added that Johnson had been described as “tough and resourceful” and by her GP, Dr Calum Bartlett who “never had any concern about any active abuse”.

Senior Crown Prosecutor Libby Clark told the PA news agency that Johnson’s decision to lie at the 1987 trial was a “nightmare” for the prosecution.

Johnson’s convictions for perjury and perverting the course of justice mark the end of a long road, not just for the CPS but also the families of Nicola and Karen, she added.

Ms Clark said: “It was unfinished business and naturally we’re very pleased that it’s resulted in a successful conclusion: a guilty verdict from the jury.”

Michelle Hadaway, Karen’s mother, spoke of the impact Johnson’s evidence had in 1987 and their long fight for justice ever since.

She told reporters: “Not only had we lost our daughters, the evil monster who had killed them walked free.

“The wicked lies this woman told had very serious consequences, because three years later on the anniversary of Karen and Nicola’s funeral, that evil man struck again.

“It took 32 long years for two families to get justice, 32 years of pure fighting, never losing hope, not once in all those years did this wicked woman own up to what she had done.” 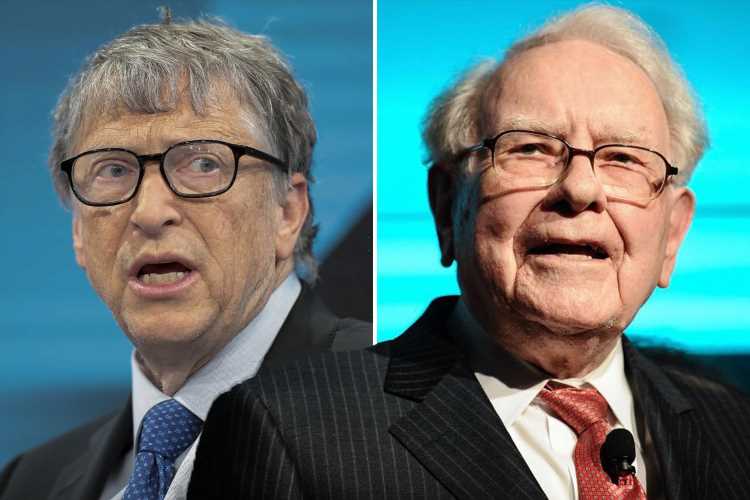