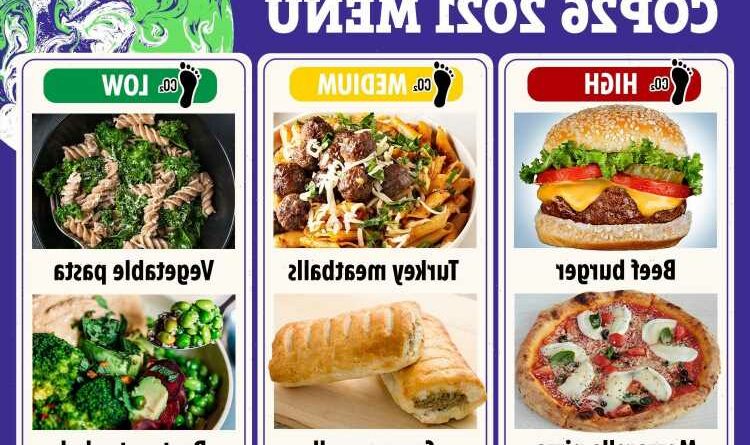 SOME 30,000 delegates have gathered at Cop26 to discuss measures to save our planet – but the food on offer at the conference appears to be guilt-tripping visitors at every corner.

Every dish on offer at Glasgow’s SEC centre has a carbon dioxide score listed on the menu, which measures how much greenhouse gas was emitted to create it. 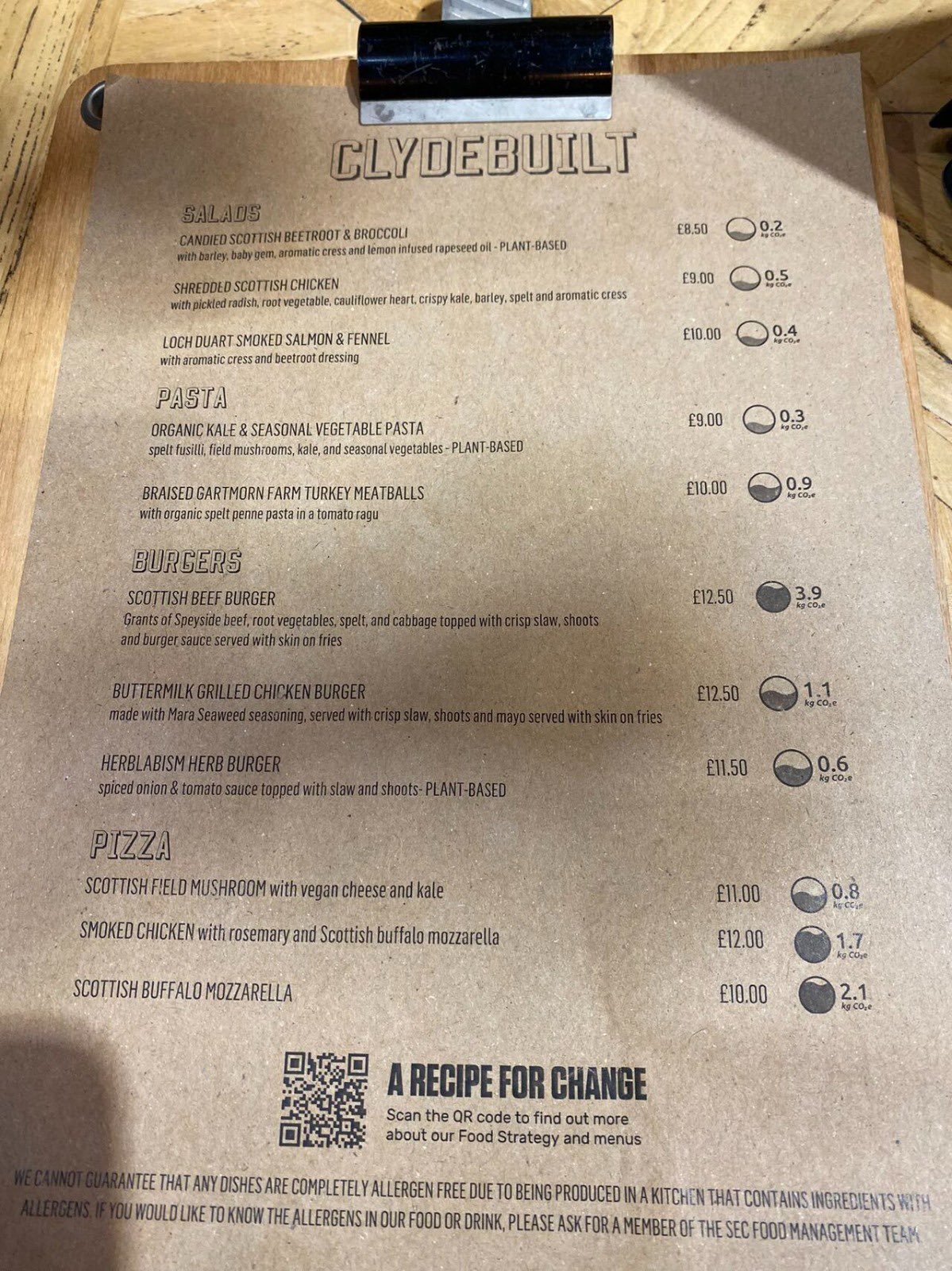 The emissions rating measure was put in place by the Compass Group, a Sussex catering company, in a bid to make people more environmentally aware.

Here we tuck into Cop26 menus to reveal how much of a carbon footprint each meal generates – and it's bad news for burger fans.

Those opting for a juicy Scottish beef burger at Clydebuilt Bar and Kitchen may be leaving a little red in the face after seeing how it affects the environment.

Just one of the meaty treats, which costs £12.50, accounts for a whopping 3.9kg C02 equivalent emissions (ee) figure.

According to the United States Environmental Protection Agency (EPA) that’s the same amount of carbon released by an average car driving nearly 10 miles.

Also on the menu is a buttermilk grilled chicken burger that comes with skin-on fries, crisp slaw, shoots, mayo and a Mara seaweed seasoning.

Those opting for the plant-based option may feel a little better about their carbon footprint, as it contributes just 0.6kg C02ee.

The meal, which costs £11.50, is a herb burger and comes with spiced onion, tomato sauce, slaw and shoots.

One Scottish buffalo mozzarella pizza is responsible for the equivalent 2.1kg C02, which is around 5.3miles travelled in a car.

This may come as a shock to some as there is no meat on the carb-rich treat, which costs £10.

That’s the equivalent of 4.3miles on the road and is priced at £12 at the Clydebuilt.

Braised Gartmorn Farm meatballs made out of Scottish-raised turkey is not only a leaner-meat but it also scores better when it comes to environmental impact.

The meal, which includes spelt penne pasta and a tomato ragu, has a 0.9k C02ee rating and costs £10.

An organic kale and seasonal vegetable pasta with spelt fusilli, field mushrooms and other veggies scored 0.3kg C02ee and cost £9.

A healthy vegetarian winter squash lasagne, listed as part of a sample menu, is responsible for 0.7kg C02ee.

Of the baked treats on offer, venison sausage rolls were revealed to have the highest environmental impact according to one menu shared by CNN reporter DJ Judd.

At the Deli & Bakery, the meaty treat contributed 0.7kg C02ee compared to a plant-based vegetarian sausage roll that had a minuscule 0.1.

Oddly, plant-based croissants were reported to have a worse environmental impact due to having a slightly bigger carbon footprint than their meaty counterpart – the bacon roll – according to the BBC.

Their score was not cited during the broadcast but Twitter users have proposed theories online.

“Probably an almond croissant. Nuts have a massive carbon footprint,” one person tweeted.

A second joked “and it's not just the nuts are nuts” while a third wrote: “Get back in your box vegans.”

Plant-based dishes dominate the menu at Cop26 and it seems the best option for the environment – and waistline – is the salad.

Representatives choosing the beetroot and broccoli salad at the Clydebuilt can chomp away happy in the knowledge that they are doing their bit.

Those opting for the shredded Scottish chicken salad, which has barley, pickled radishes, root vegetables, cauliflower and more, won’t feel too bad either.

Unsurprisingly this lighter meal choice is better for the environment than hefty meat-heavy foods.

Delegates can feast guilt-free on a Scotch barley broth or a potato, leek and rosemary chowder, which costs £4. 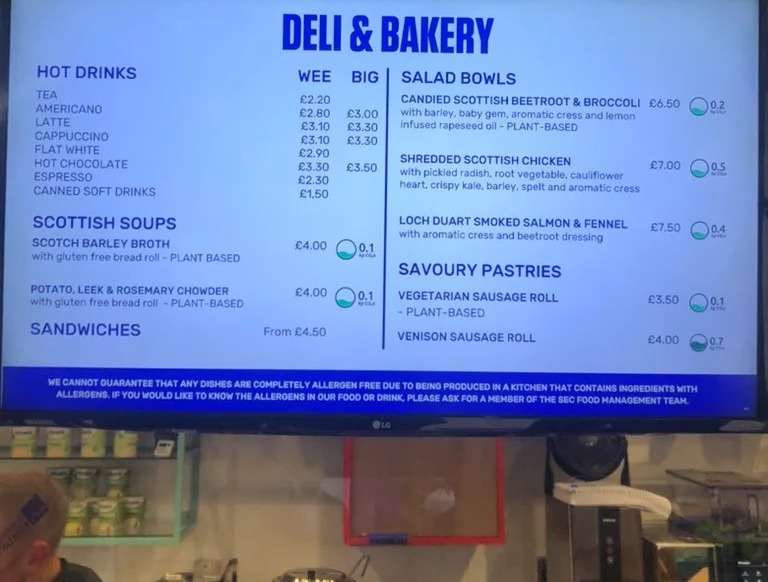