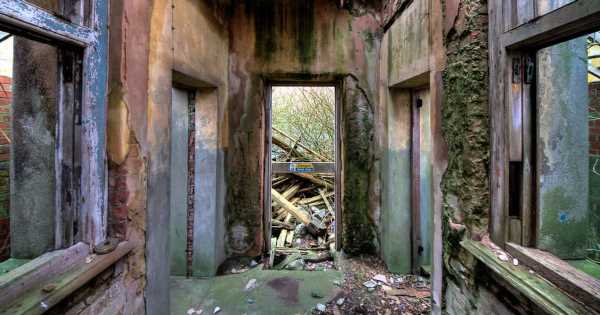 A remote, half-forgotten island off the coast of Wales was once the front line against a deadly pandemic.

Flat Holm is just visible as a speck on the horizon from the coastline of Cardiff. Today it’s home to sea birds and other wildlife but in 1883 it was the site of a new hospital designed to quarantine suspected cholera cases and prevent the deadly disease getting a foothold on the mainland.

Originally a simple row of tents, the lonely hospital at Flat Holm grew until it had two solidly-built six-bed wards, a four-bed annexe and – most chillingly – its own crematorium.

In 1865, the then War Office purchased ten acres of land on Flat Holm and the island was under military occupation between 1866 and 1903.

The hospital was first authorised in 1883 to protect Cardiff from ship-borne cholera, reports Wales Online.

In July 1883, a steamship called Rishanglys left three seamen on the island who were believed to be suffering from cholera, one of whom subsequently died.

In 1892, after a serious outbreak of cholera in Hamburg, Germany, five infected vessels were discovered and moored off Flat Holm.

According to the Cardiff Harbour Authority, patients were removed and taken to Flat Holm’s hospital.

The following year cholera broke out again and two more patients were taken to the hospital on the island, which has extensive views of the coasts of England and Wales.

The harbour authority said: "The small building was proving to be "insufficient and it was decided that a more substantial hospital was needed. In 1896 a new hospital was built.

"The main building consisted of two six-bed wards, whilst the converted building was improved to provide four extra beds. A laundry and a wooden crematorium were also constructed.”

In 1896, the Marquis of Bute, then-owner of Flat Holm, agreed to lease all the land that was not already in use by the military or the lighthouse to the Cardiff Corporation for £50 per year.

The hospital buildings expanded to a new main building, a laundry and a wooden crematorium alongside other small outbuildings.

The hospital was later used by other Bristol Channel ports and for isolation of victims of other infectious diseases, but in 1935 the Ministry of Health condemned the building.

Flat Holm was later re-occupied by the military during the Second World War and developed as an important and active anti-aircraft installation. The isolation hospital was then taken over by the armed forces and converted for wartime service in between 1940 1944.

According to Coflein, Flat Holm Island lies within the parish of St. Mary, Cardiff, and is technically part of the Butetown ward.

The island has a long history of occupation, dating back to at least from Anglo-Saxon and Viking periods.

Religious uses include visits by disciples of Saint Cadocin the 6th century, and in1835 it was the site of the foundation of the Bristol Channel Mission, which later became the Mission to Seafarers.

The little island has plenty of recent history too. Back in 2019 nature warden told of his shock when three drunken sailors knocked on his door on the island- and how he sobered them up with cups of tea and warm porridge.