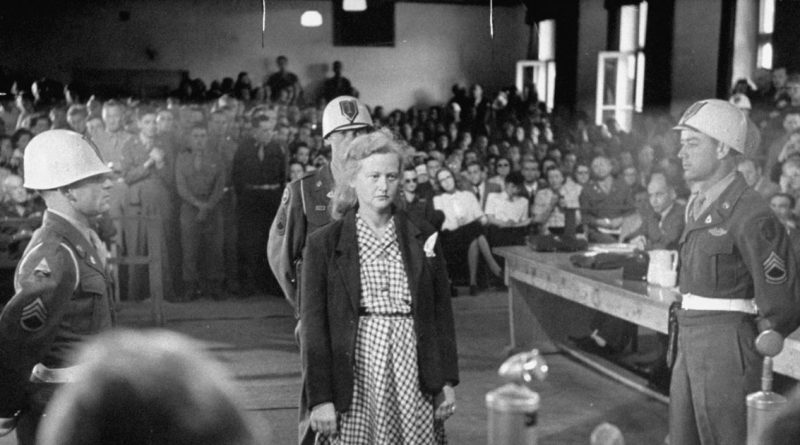 The fact Ilse Koch became one of the first prominent Nazis to be tried by the US military gives clues to the extent of her grizzly crimes.

The so called Bitch of Buchenwald was married to Karl-Otto Koch, commandant of the Nazi concentration camps Buchenwald and Majdanek. The power had long gone to her head by the time war broke out.

Not only was she known for whipping prisoners as she rode past on her horses but, according to accounts, forcing many to have sex with her.

But it was one of her other obsessions that made her one of the regime's most feared female guards.

Koch is said to have hand picked her victims, selecting certain tattooed prisoners and pointed them out to her colleagues if she liked the ink on their body.

Soon, the man would be murdered and stripped of his skin.

The twisted Nazi would then use the flesh to make a lampshade, which would stand proudly in her home.

At her trial, Koch told the court the shades were goatskin, ripped from animals at a nearby farm.

Austrian prisoner Dr. Gustav Wegerer and Josef Ackermann, secretary of the camp doctor, who both confirmed the existence of the lamp.

Wegerer told the trial that in 1941, “a lampshade made of tanned, tattooed human skin was being prepared for Koch” and that she arrived at the infirmary “to choose among the available tanned, parchment-thin human skins, the ones with suitable tattoos, for the lampshade.”

Ackermann claimed that its base was made from a "human foot and shinbone and the shade had tattoos and even nipples".

She even used human thumbs to make light switches, it was claimed.

She was jailed for life for war crimes in Germany as a result. She committed suicide in 1967, more than 25 years after justice was served.

But it wasn't just human lampshades that adorned her home.

A photo album made from the skin was recently spotted by a collector who noticed the cover had a ‘tattoo, human hair and a bad smell’.

Bought at an antiques market in Poland before handing it to staff at the Auschwitz Memorial Museum, they say it is ‘without doubt proof of a crime against humanity’.

Head of the Auschwitz Museum Collections, Elzbieta Cajzer, said: "The research suggests that it is very likely that both covers, owing to their technology and composition, came from the same bookbinding workshop.

"The use of human skin as a production material is directly associated with the figure of Ilse Koch, who, along with her husband, inscribed her name in history as the murderer from the camp in Buchenwald."

She wasn't the only evil female guard to strike fear into those she met.

Irma Grese was dubbed the Beautiful Beast but there was nothing pretty about the abuse dished out.

She tortured prisoners both physically and emotionally.

Shooting prisoners in cold blood was a way she passed the time.

It was claimed that she beat women inmates to death using a whip, a belt and a walking stick.

Juana Bormann was simply known as “woman with the dogs” and she put the aggressive animals to work on the prisoners.

She used trained dogs in "sadistic" attacks on inmates at Ravensbruck and later Auschwitz.

Found guilty by a British Military Tribunal, she was sentenced to death and hanged on December 13 1945, aged 52.

Elizabeth Volkenrath has often been described as one of history’s cruellest women.

She hand-picked thousands of women and children to be sent to the gas chambers where they would die almost instantly.

She also demanded prisoners strip before making them perform exercise in full view of others.

She was sentenced to death for her crimes.

The first Nazi war criminal to be extradited from the US, in 1973,

Hermine Braunstein used to kick women to death with her steel-capped boots at Ravensbruck and Majdanek.

Not only that, she would “throw children by their hair onto trucks that took them to their deaths in gas chambers”.

Survivor Lila Givner told her 1978 trial: “Kobyla was tall. She kicked the prisoners and literally walked over people. Kobyla kicked me, and I still bear the scars.

“I met her in the field and did not manage to get out of her way in time. She kicked me so hard that I fell. As I was lying on the ground she kept kicking. While I was standing, she kicked me in my back, causing me to fall. Even then, she continued kicking me, then walked away and left me there.” 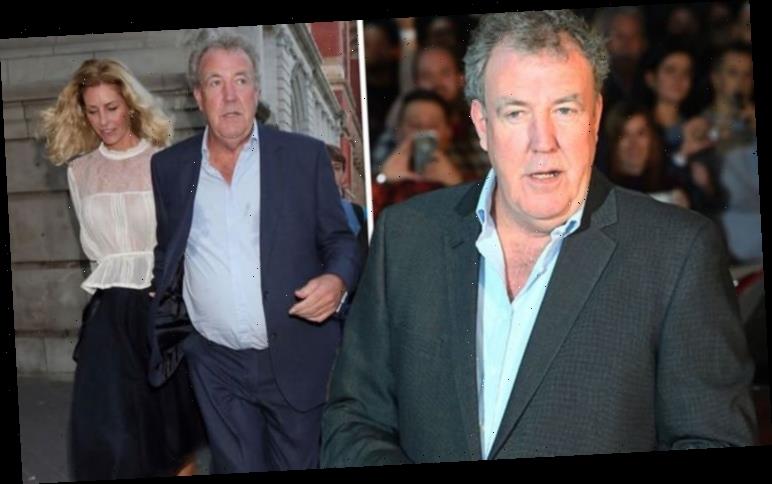