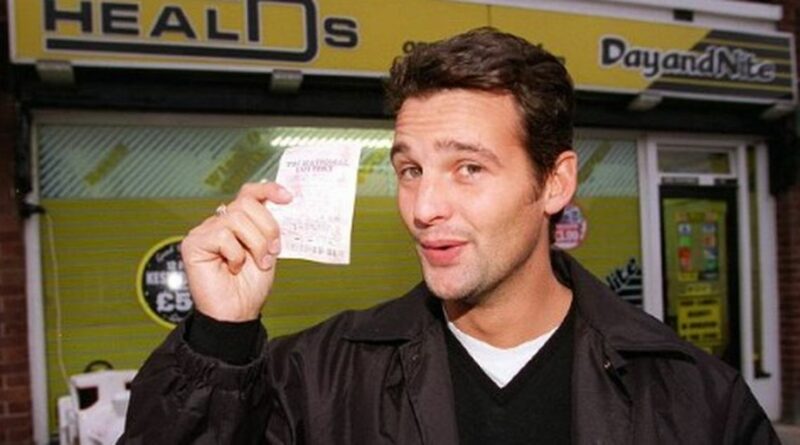 Lottery winner Karl Crompton was once dubbed the most eligible bachelor in Britain and the ‘Rollover Romeo’ after taking home £11 million at the tender age of 23.

The now 48-year-old doubled his fortune, which he won in 1996, after carefully investing in property and is believed to be worth an estimated £22 million.

Karl, from Lancashire, is now said to be back on the market after divorcing his wife, who is set to get half his fortune.

However, he also spent his money wisely by investing in property with a substantial portfolio.

He built his own home for £1.5 million, featuring five bedrooms, in Fylde that was once valued at around £3.6 million over a decade ago and has reportedly been put up for sale earlier this year.

After enjoying bachelor status, Karl settled down to marry his childhood sweetheart Nicola Roach in 2006.

The couple have two sons, Ethan and Jenson, but have since separated with his wife now living in a different home.

Karl continues to enjoy his winnings after increasing his fortune as he continues to both invest in property and splash the cash.

He has brought many motorbikes and luxury cars over the years, including Porsches and Ferraris, as well as a Land Rover Discovery.

Karl can also be seen on Twitter sharing his activities with trips to major boxing events in London and attended Formula One race weekends.

Some of his cars are also featured as well as restoration work he carries out on classic cars.

Karl did have a brush with the law a few years before his lottery win made him a multimillionaire.

According to a column by Deborah Ross in the Independent, Karl was once sentenced to nine months in prison for smashing a glass in someone’s face during a pub brawl.

Karl won the Lotto jackpot while earning £100-a-week as a trainee in Comet and living with his parents.

His mother convinced him to buy a ticket for the Lotto rollover and his life changed forever.

Speaking previously to the Sunday Mirror, Karl said: “My mum and dad and brother helped pick some numbers then I went out with my pals.

“The next morning, I came downstairs to the kitchen and my mum said, ‘You’re looking at a lottery winner'."