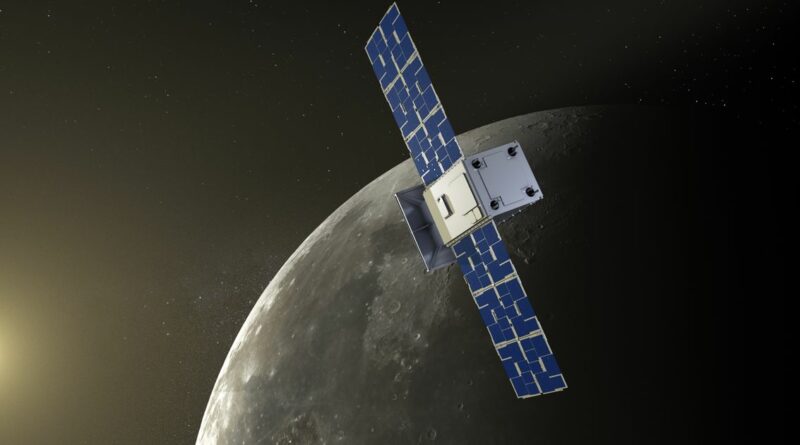 The future is now. It's another success for humanity as Capstone has become the first ever cubesat, a type of miniature satellite, to orbit the moon.

These exciting times in space exploration are curtesy of NASA, which developed the Capstone mission as part of their ongoing Artemis Program. The goal of Artemis is simple – get man back on the moon.

To do that, the space agency has made its plans clear on NASA.gov, explaining: With Artemis missions, NASA will land the first woman and first person of colour on the Moon, using innovative technologies to explore more of the lunar surface than ever before.

“We will collaborate with commercial and international partners and establish the first long-term presence on the Moon.

“Then, we will use what we learn on and around the Moon to take the next giant leap: sending the first astronauts to Mars.”

READ MORE: Elon Musk gets into bizarre spat with Hollywood A-lister who begs him 'get off Twitter'

Capstone is the beginning and is helping to kickstart a second space race.

What is the Capstone mission?

As stated on the NASA website: “A microwave oven–sized CubeSat weighing just 55 pounds will serve as the first spacecraft to test a unique, elliptical lunar orbit as part of the Cislunar Autonomous Positioning System Technology Operations and Navigation Experiment (CAPSTONE).

“As a pathfinder for Gateway, a Moon-orbiting outpost that is part of NASA’s Artemis program, CAPSTONE will help reduce risk for future spacecraft by validating innovative navigation technologies and verifying the dynamics of this halo-shaped orbit.”

Essentially, Capstone is a test for later mission in which a fully functioning space station orbiting the moon will be necessary.

If the project ever gets to the point where rockets could dock with a moon-orbiting space station, they could be refuelled and slingshot away towards Mars, the asteroid belt and even the outer solar system just as Jupiter, Saturn and so on.

When will Capstone be finished?

Capstone is being launched on June 6, after being pushed back from a late-May kick-off.

On May 20, agency officials wrote: "We will continually evaluate the date for the first target launch attempt within the launch period, which extends to June 22.”

The launch is just the first part of the mission though, as it will essentially be a little satellite orbiting the moon in place of where the space station will eventually be parked.

Capstone arrived at the moon on November 13 after a successful engine burn that ended on November 14, according to NASA.

For Artemis itself, the first shuttle launch back to the moon was scheduled for 2024, but that has been pushed back to no sooner than 2025.

Space is a complicated business and for those that have been itching to see us return to the stars, patience will be crucial here.

The good news is we are returning to the moon, it’s just a matter of time before we look up and see lights on our biggest satellite.

What are NASA’s plans for the moon?

It isn’t just a question of getting people back on the moon, but now the goal is to actually build a permanent base there.

It has been nearly 50 years since man last walked on the surface of our great grey marble, but it is only a matter of time before they return.

This isn’t to be confused with Elon Musk’s SpaceX, whose goals are aimed squarely at Mars, bypassing the moon entirely.

As stated in their Artemis manifesto, NASA wants “first woman and first person of colour on the Moon”.

However, this is just the beginning, as the long-term plan is to have a fully-fledged base of operations on the big rock.

It will be used as a research state and pitstop for missions heading into the outer solar system.

Rocket launches are expensive and time-consuming endeavours on Earth, mainly because of the gravitational pull that is keeping up locked to our planet.

It means that rockets need an astronomical amount of fuel and power to escape the Earth’s gravity and head into the great beyond.

However, the moon’s gravitational pull is minuscule in comparison, meaning ships could launch from there significantly easier.

Space missions from Earth would only need to worry about getting to the moon and from there could be refuelled, stocked up and pushed off the surface.

Why return to space?

In a time of rising cost of living around the world, shortages in supply chains and general economic instability, many will question the need to spend billions in the hope of exploring the stars.

The question largely comes down to individual world views but there are some obvious benefits to leaving out home.

Living beyond the Earth would ensure humanities survival, if anything catastrophic happened here.

As soon as you leave the gravitation hold of a planet, you are safe from any discourse or change than occurs on the surface below.

Secondly, exploring space means access to resources far beyond anything we can currently fathom.

Planets, moons, asteroids – they are all teeming with resources that would be invaluable to humanity.

Finally, it is simply within humanities nature to want to explore.

We cannot simply stare up and wonder what is out there, we have to know.