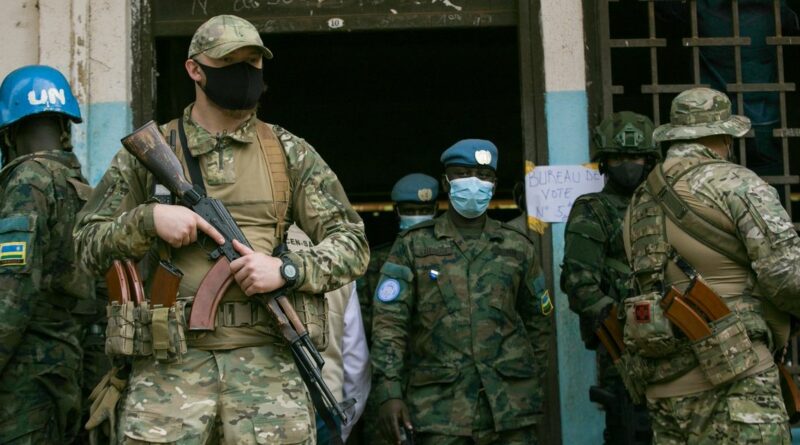 Mercenaries allegedly working for one of Russian President Vladimir Putin's allies have been accused of "potentially committing war crimes" in central Africa.

The report details casual executions and forced disappearances by mercenaries.

They are allegedly employed by Yevgeny Prigozhin, a former convict turned billionaire businessman and ally of President Putin.

It is all part of a plan, now being conducted in Africa, to keep Russia looking strong on the world stage, The Times reports.

Many of the hired guns are from the so-called Wagner Group, a secretive military contractor firm allegedly run by Prigozhin, and sent into one of the world's poorest countries as "military instructors" to "stabilise" it.

The instructors are supposedly there to help the country's President Faustin-Archange Touadéra in his battle against around 14 different rebel groups.

Sorcha MacLeod, a law professor and member of the UN's investigating team, said: "What we saw was very clear evidence of Russians involved in mass extrajudicial killings, people detained and tortured and the indiscriminate targeting of civilians – they systematically loot every town or village they go through."

Last week, Kremlin spokesman Dmitry Peskov denied the charges, saying "this is yet another lie."

Yet the report catalogued a number of abuses, such as last December when a group of "Russian instructors" and government soldiers opened fire on a lorry at a checkpoint, killing three civilians and injuring fifteen, including six women and a child.

The UN experts also said they confirmed with local officials or eyewitnesses the shooting of an unarmed man on February 21, the killings of two disabled civilians and the shooting of two more civilians on March 8.

Russians also were accused of widespread looting of money and mobile phones not only "during house to house searches and at checkpoints but also after civilians had been killed".

One shopkeeper claimed a Russian had hacked off his finger.

Another government soldier last week complained of being beaten to a pulp by Russians in a dispute over a motorbike.