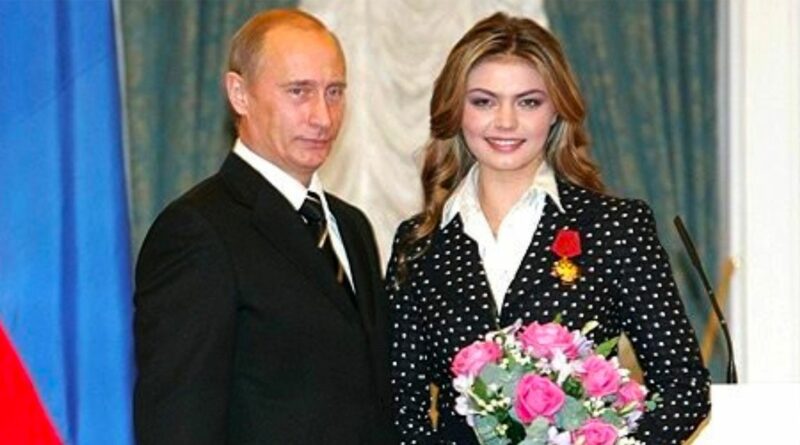 It’s believed that the 69-year-old Russian president already has at least two children with 38-year-old Kabaeva, with some reports claiming that they actually have as many as four children together.

The Russian news channel General SVR Telegram has now claimed that Kabaeva is pregnant with one of Putin’s children again.

Despite the long-running rumours, Putin has denied being in a relationship with Kabaeva.

But Kabaeva is currently facing possible sanctions from the EU over her role in Kremlin propaganda and the report revealing the plans also said that she is “closely associated with President Vladimir Putin.”

As rumours spark that she could be pregnant, here’s everything you need to know about Putin’s mistress.

Who is Alina Kabaeva?

Alina Kabaeva is a politician and former Olympic gymnast who has been rumoured to be Vladimir Putin’s girlfriend since 2008.

The 38-year-old started rhythmic gymnastics when she was just four years old. She went on to have a very successful career which saw her have a move named after her and become known as “Russia ’s most flexible woman”.

In 2001, however, Kabaeva was convicted of doping, alongside fellow Russian rhythmic gymnast Irina Chashchina. Both were disqualified from taking part in competitions for two years.

Following the end of her gymnastics career, Kabaeva decided to move into politics and held a seat in Russia’s lower house of parliament from 2007 to 2014.

After this, she became chair of the National Media Group, which has large stakes in media outlets that have been putting out pro-Kremlin messages during the current war in Ukraine.

Alina reportedly left Russia at the start of the war in Ukraine and is allegedly hiding in a luxury villa in Switzerland along with the children she’s rumoured to have with Putin.

Rumours that Putin’s girlfriend could be pregnant started earlier this week after a report from the General SVR Telegram channel that began circulating on Monday.

The report said: “We have already reported that yesterday, Russian President Vladimir Putin, according to eyewitnesses, looked depressed and somewhat aloof.

“This is understandable, yesterday Putin learned that his long-term cohabitant and mother of his children, Alina Kabaeva, was pregnant for another, or rather, apparently, an extraordinary time.”

The TV network is believed to be run by a former Kremlin intelligence officer and has previously reported on Putin’s rumoured health problems.

How many children does Putin have with Alina Kabaeva?

Putin is rumoured to have at least two children with Alina, but some reports suggest that they have four children.

The source of the Swiss report is said to be a personal friend of Kabaeva who also knows the obstetrician involved in the births.

Other reports suggest that Putin and Kabaeva also have two twin girls.

A source told Page Six that Kabaeva was in hiding with her and Putin’s four children in Switzerland.

Telling of the pair’s children together the source said: “Alina has two young boys and twin girls with Putin who were born in Switzerland,

"The kids all have Swiss passports, and I imagine she does also.”