BEIJING — Kamila Valieva and Julia Marino share very little in common except the fact that they happened to both be Olympians at the 2022 Beijing Winter Games. That, and together, they’re a perfect demonstration of the International Olympic Committee’s priorities.

Valieva’s story, you probably know by this point: a 15-year-old skater from Russia, she won gold in the team skating event, and then the world learned she’d tested positive for a banned substance. After bureaucratic gymnastics so impressive they should be an Olympic event in 2024, Valieva won an appeal that allowed her to continue to compete. She failed to win another medal, but at least she was in the mix.

Marino, on the other hand, won an unexpected silver earlier in these Games on the snowboard halfpipe, a daring, exciting, thrilling relatively new event — exactly the kind of sport the Olympics ought to lean into in order to bring in that coveted youth demographic.

But when Marino went to compete in her second event of the Games — Big Air Shougang, another very good idea — she was told, in no uncertain terms, that her board was unacceptable. The reason: the giant PRADA on its base. Prada does not sponsor the Games, and the IOC ruled it wasn’t a legitimate sporting organization and thus could not enjoy the honor of being shown on the bottom of a snowboard.

The IOC, Marino says, ordered her to paint over her board, which she did by hand, with a Sharpie. Now, I’m not an Olympic snowboarder, and I’m assuming you’re not either, so when Marino tells us that the Sharpie absolutely wrecked the feel of the board … well, she’s the Olympic medalist. On the altered board, Marino had a rotten practice and, not wanting to risk further injury, dropped out of the Big Air competition entirely.

Dropped out. Because she had a sponsor that upset the IOC.

If there’s one thing the IOC takes seriously, it’s sponsor commitments. Every athlete, official and journalist is living in a closed loop in Beijing, but for sponsors, the Olympics have been a closed-loop zone for decades. Visa and Coca-Cola yes, American Express and Pepsi no. 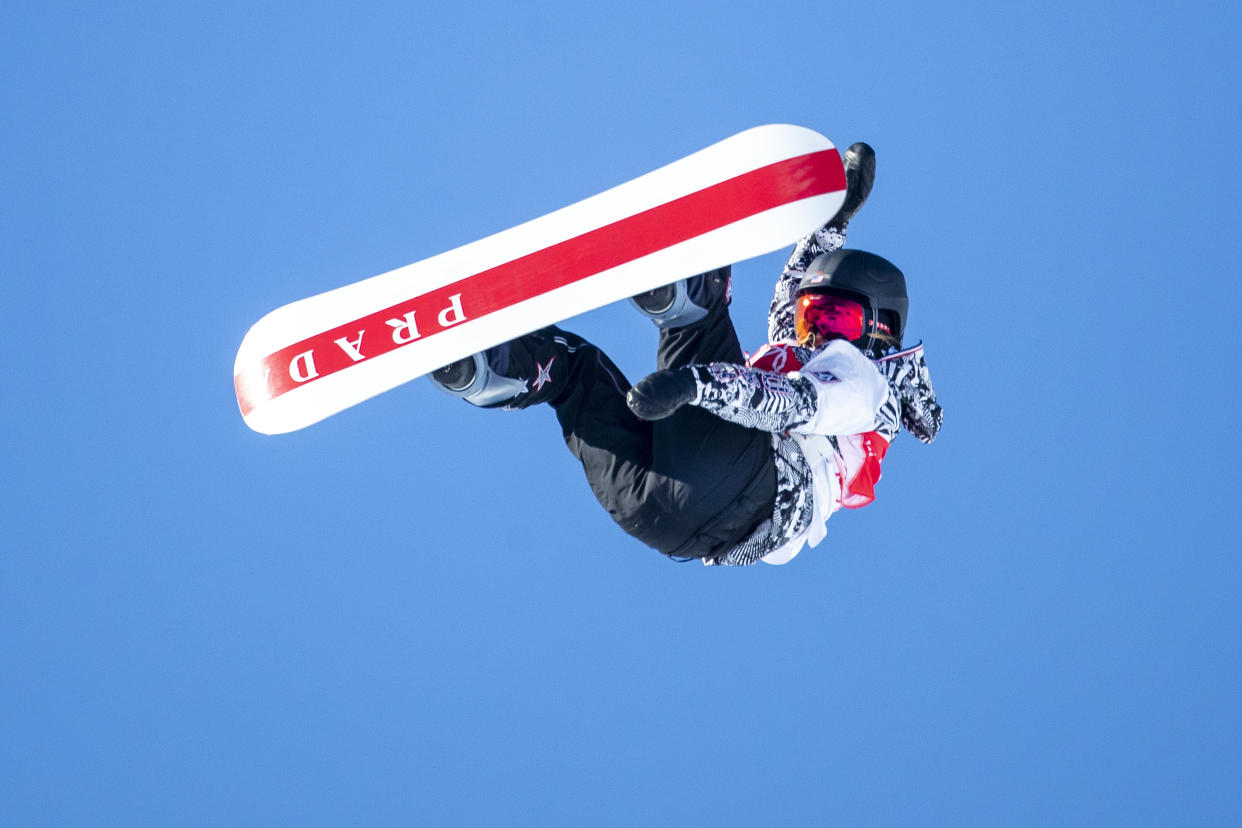 The Olympics takes its fealty to sponsors so seriously that in Beijing, someone has taken the time to put tape over the logos on the toilets. Just in case you catch a glimpse of an unauthorized sponsor when you’re, uh, in a contemplative moment.

The message is clear: don’t get between the IOC and its money.

Here’s where Valieva re-enters the picture. The cases aren’t entirely compatible; without going too far into the thicket of doping regulatory doublespeak, the IOC wasn’t the primary enforcement agency in Valieva’s case, the way it is in Marino’s.

However, the IOC was the primary enforcement agency when deciding whether, and how, to punish Russia as a whole after the 2014 Sochi debacle, when Russia orchestrated a massive state-sanctioned doping ring. The IOC tried to paint over that one, too, denying Russia the right to compete under the name “Russia” and instead calling them the “Russian Olympic Committee.” Man! Who on earth could that be? It’s a mystery!

Anyway, it turns out that altering the letters on your uniform has a whole lot less impact on your performance than altering the very equipment you use to compete, and the Russians are still racking up medals — and still racking up doping violations. But at least they’re doing it in appropriately sponsored gear.

Again, money is the key here: booting the Russians means losing access to the lucrative Russian broadcast and sponsor market. So the IOC talks tough, makes stern pronouncements about the integrity of sport … and makes Russia wear the equivalent of somebody else’s shirt while the financial pipeline to Moscow remains open and flowing.

It’d be fascinating to see which of the IOC’s interests would win in a rock-paper-scissors match: Russia or the sponsors. (Both of them defeat competitive integrity every time.) What if the Russians showed up in off-brand merch? Would the IOC put them back on a plane, or would they devise some sort of heretofore-unknown, tortured exception to the sponsorship rules? Any guesses?