An Israeli air defence (IDF) spokesman said “about 20 rockets” were fired by Iranian Quds Force at the Jewish state's defensive line in the area – which has been occupied by Israel since 1967. 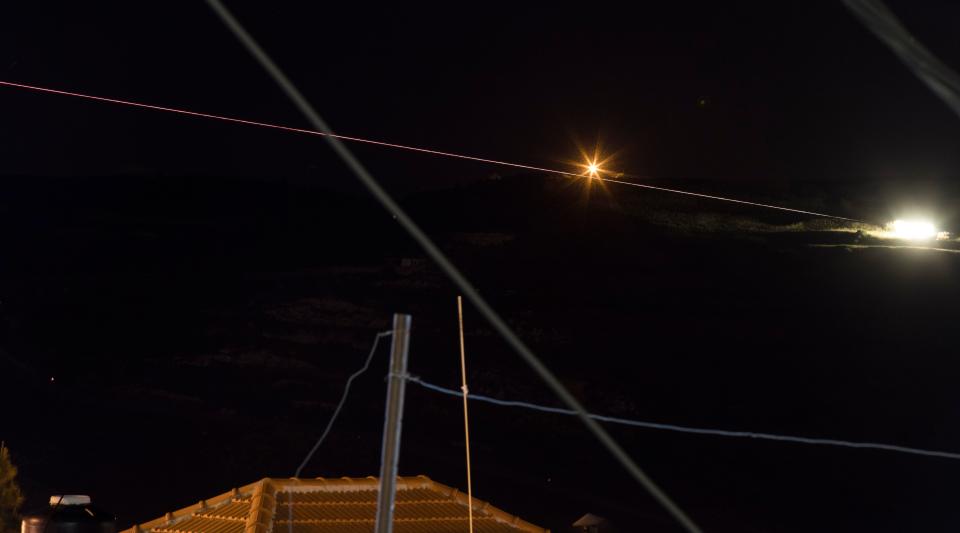 IDF spokesman Lt. Col. Jonathan Conricus later confirmed to reporters that no one has been injured and that the army's Iron Dome defence systems intercepted some of the missiles.

He said that Israeli forces had "responded" after several bases were targeted, adding: “The IDF sees this Iranian attack on Israel with severity. This event is not over.”

Fighter jets have also been seen flying over the area, which lies near the Syria’s southern border, according to the Britain-based Syrian Observatory for Human Rights.

Shortly before the suspected strikes on the Golan Heights, reports within Syria claimed that Israel had attacked targets in the Quneitra province south of Damascus.

Syria's state media said air defences had intercepted "hostile Israeli missiles" on early Thursday morning that were fired over the south west of the capital city. 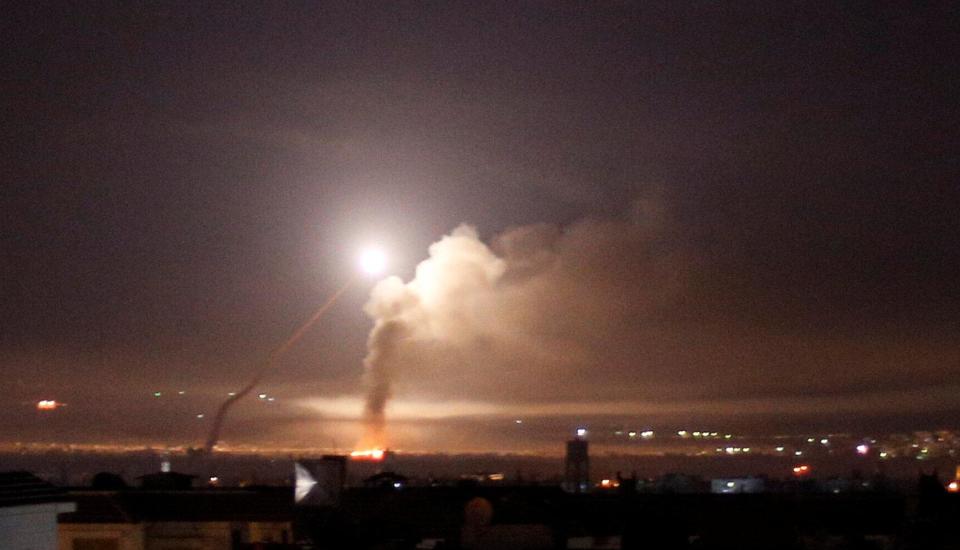 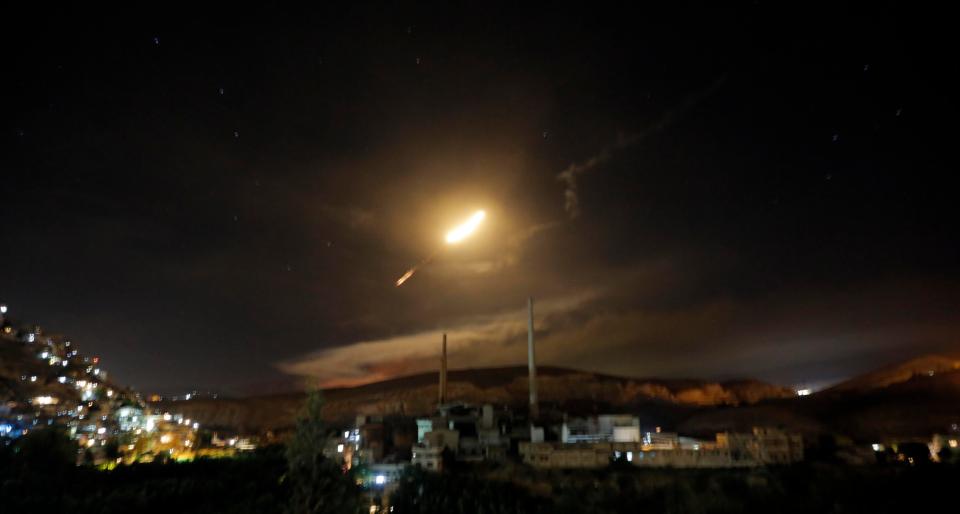 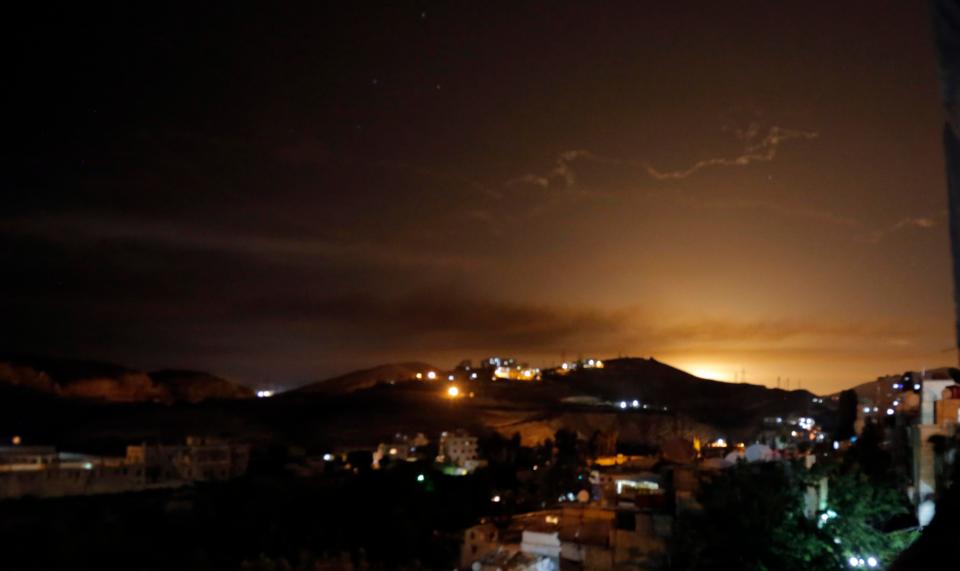 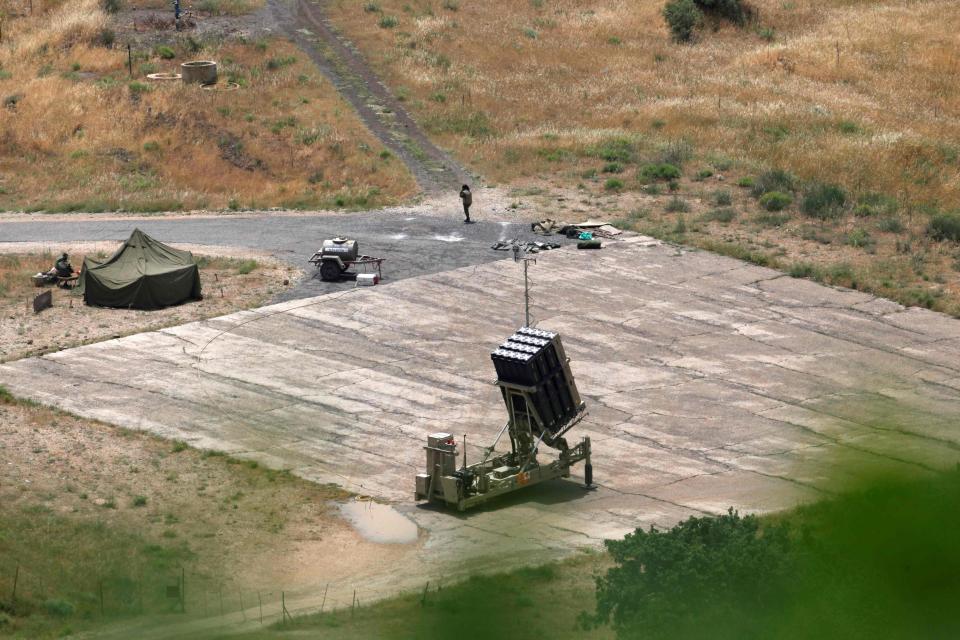 It later claimed Israeli missiles had destroyed a radar on the northern border.

This comes after missiles strikes last night were attributed to Israel following reports of “irregular activity” of Iranian forces in Syria.

The IDF had deployed Iron Dome defence systems and opened bomb shelters in Golan Heights and in northern Israel in preparation for retaliatory strikes.

Tuesday's attacks represent an immediate escalation in tensions in the region after US President Donald Trump walked away from the 2015 nuclear agreement Barack Obama struck with Iran.

Known officially as the JCPOA, the so-called Iran deal was designed to curb Iranian nuclear ambitions while in return easing the sanctions crippling its economy.

Israel, which almost never confirms or denies airstrikes in Syria, did not comment on Tuesday's attack. 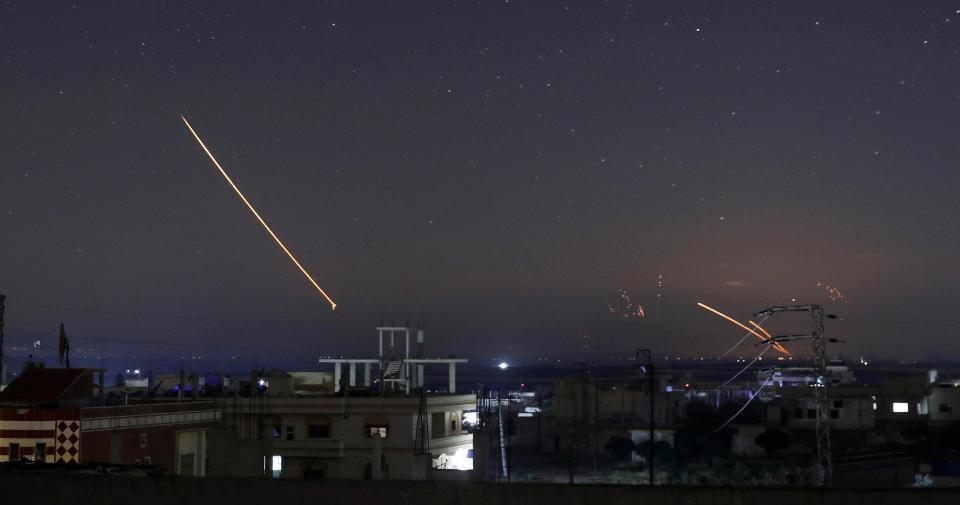 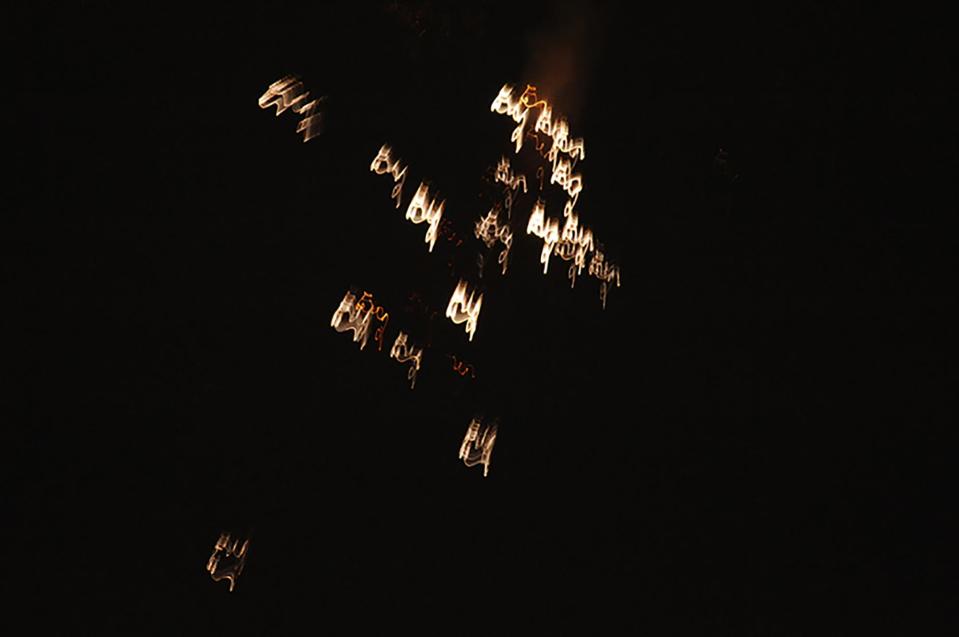 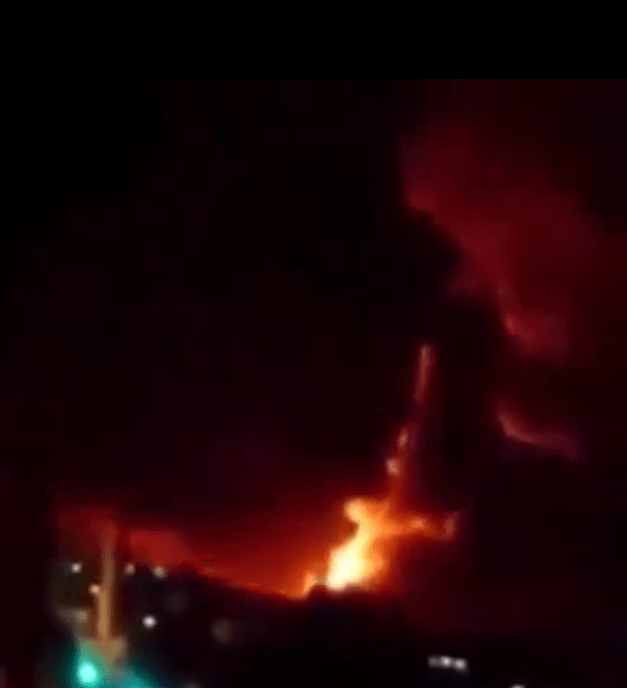 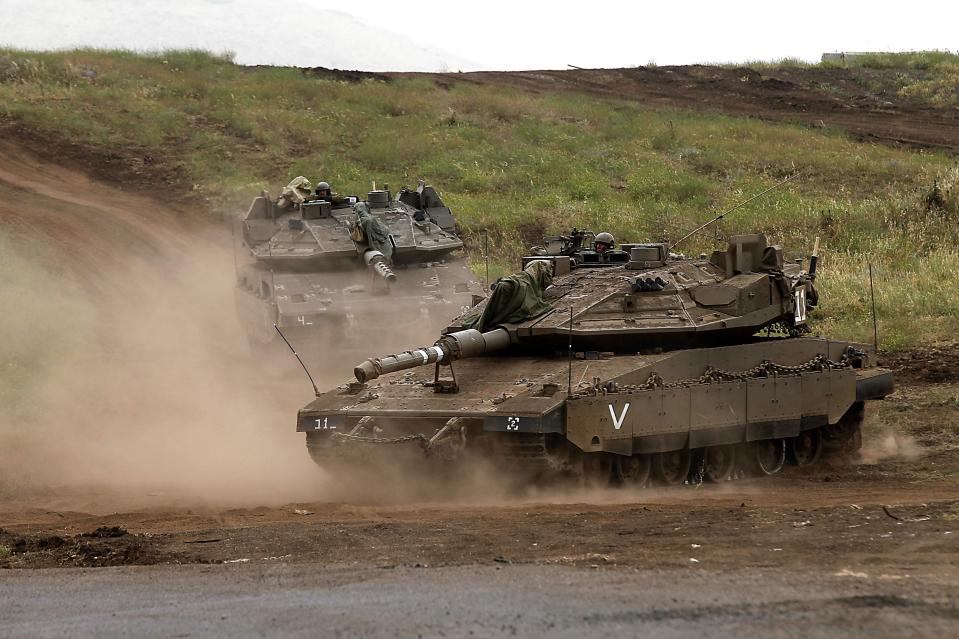 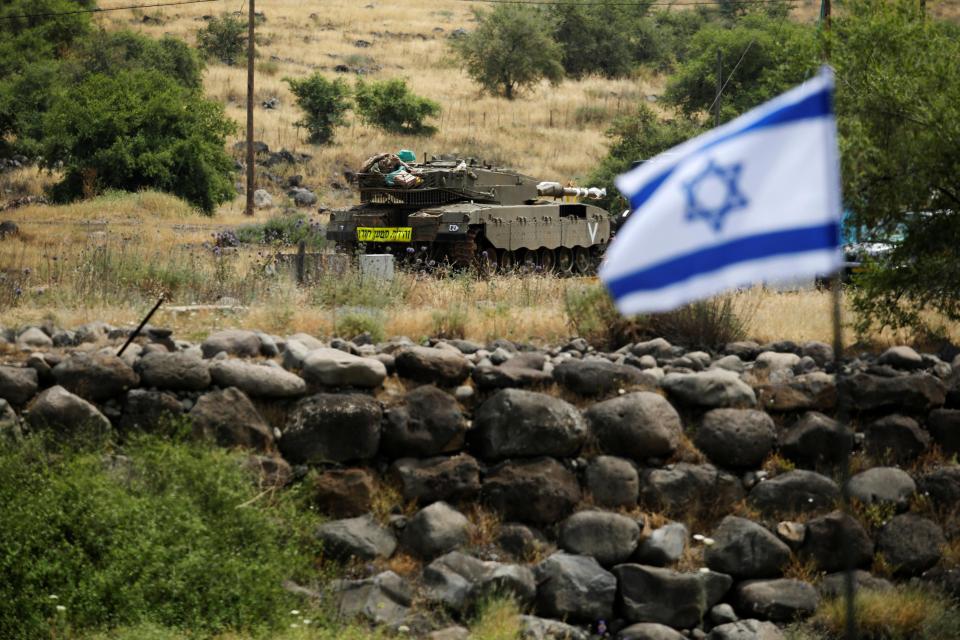 On April 30, Israel was said to have struck government outposts in northern Syria, killing more than a dozen pro-government fighters, many of them Iranians.

Israel did not confirm most of the airstrikes although for months it has repeatedly said it will not accept a permanent Iranian military presence in Syria.

In February, the Jewish state, which is a major ally of the US in the troubled region, shot down what it said was an armed Iranian drone that entered Israeli airspace.

Israel responded by attacking anti-aircraft positions in Syria, but an Israeli warplane was shot down during the battle.

Iranian forces moved into Syria after the outbreak of the civil war in 2011 to back the forces of President Bashar Assad.

As that war winds down, and Assad appears to be headed toward victory, Israel fears that Iran, along with tens of thousands of Iranian-backed Shiite militiamen, will carry out attacks against it.