AN IRANIAN official has warned that Tehran is heading for an explosive disaster "bigger than Beirut" because of a dodgy oil depot in its suburbs.

Tehran city council member Majid Farahani warned the Shahran facility is a "hydrogen bomb" waiting to explode but "nobody is paying attention". 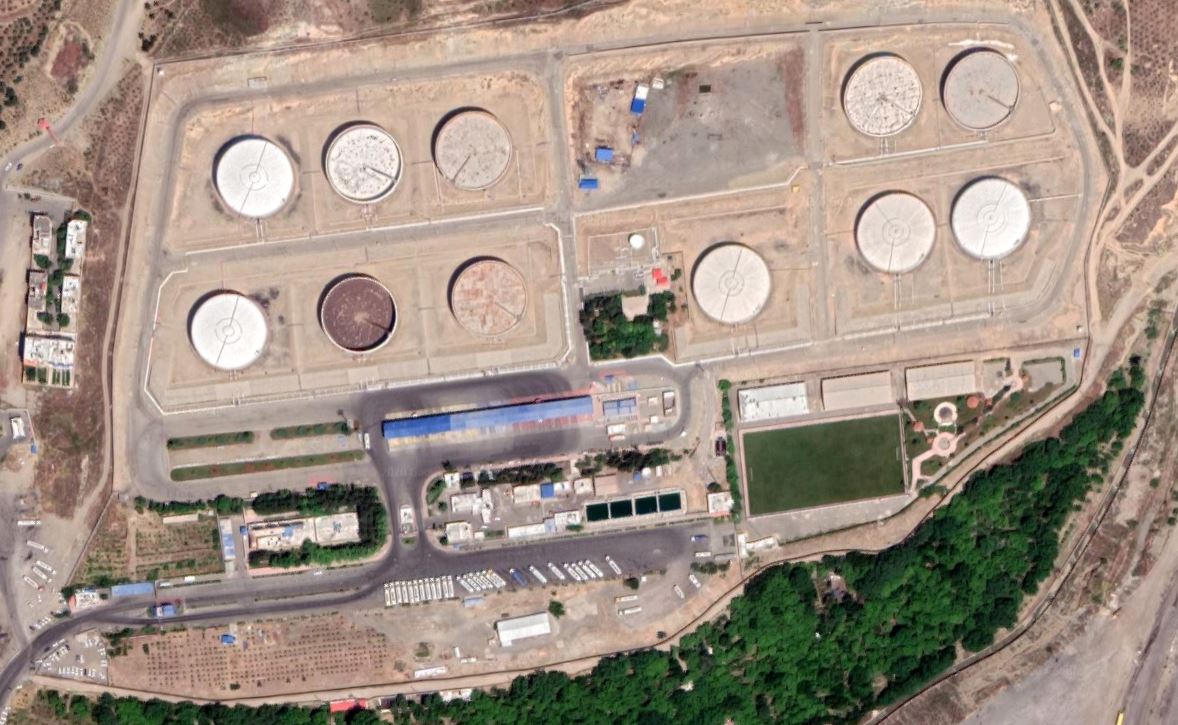 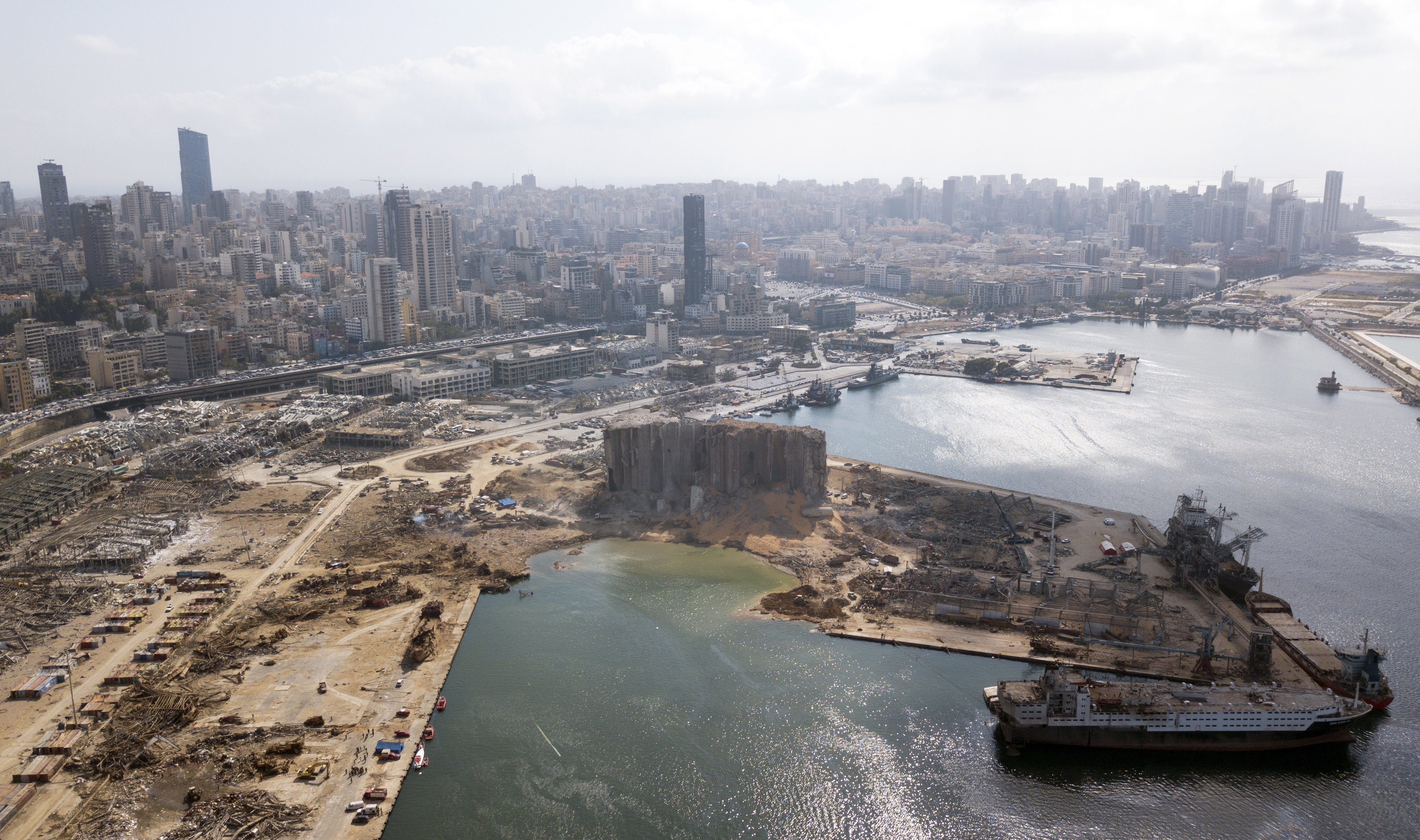 The councillor issued the warning over the facility in Tehran's north west in the wake of the disaster in Lebanon, reports Iran International TV.

It comes following a string of mysterious explosions in Iran including at oil pipelines, chemical plants, power plants, and nuclear facilities.

Mr Farahani, the head of the budget committee, said lessons need to be learned from the devastating blast, and pointed his finger at the oil depot in Shahran.

He likened the facility to a "hydrogen bomb" as it regularly suffers accidents and is in an active earthquake zone.

He estimated up to nine million litres of oil are shipped from the depot every day, with 300 tankers each capable of 30,000 litres.

The councillor argued the site was an accident waiting to happen as it all it takes is one fire to cause a "bigger disaster than Beirut in Tehran".

Tehran has a population of 8.7million.

Critics also claim Iran suffers some of the same problems with corruption and negligence that may have led to the explosion in Beirut.

The explosion is believed to have been caused by 2,750 tonnes of ammonium nitrate stored on the dock. 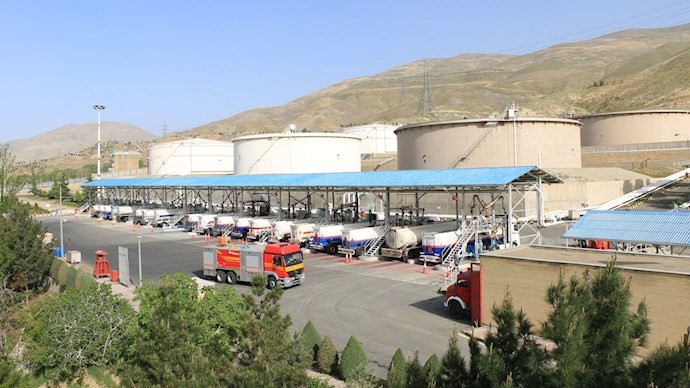 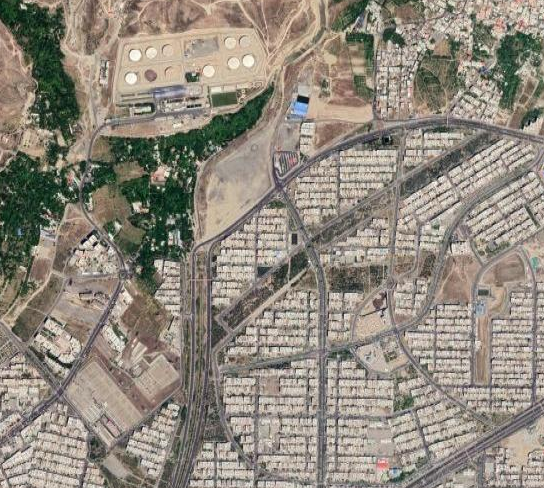 Mr Farahani said there have been numerous accidents in the last 15 years involving tanker crashes which have left people living in fear.

He added: "Shahran faces danger 300 times a day and nobody is paying any attention."

The oil facility in Shahran was originally built outside the city, but is now surrounded by homes as the boundaries expanded over the decades.

He said: "Now, with the expansion of this neighbourhood, at least 300 30,000-litre tankers with all possible dangers pass through the alleys of Shahran every day.

"It is enough that just for one of the tankers or its transport vehicle to have an accident near the depots while refuelling, then with the serial explosion of the fuel tanks, one after another, a bigger catastrophe will befall in Tehran than in Beirut."

Mr Farahani called of the government to shut down the facility as a matter of national urgency . 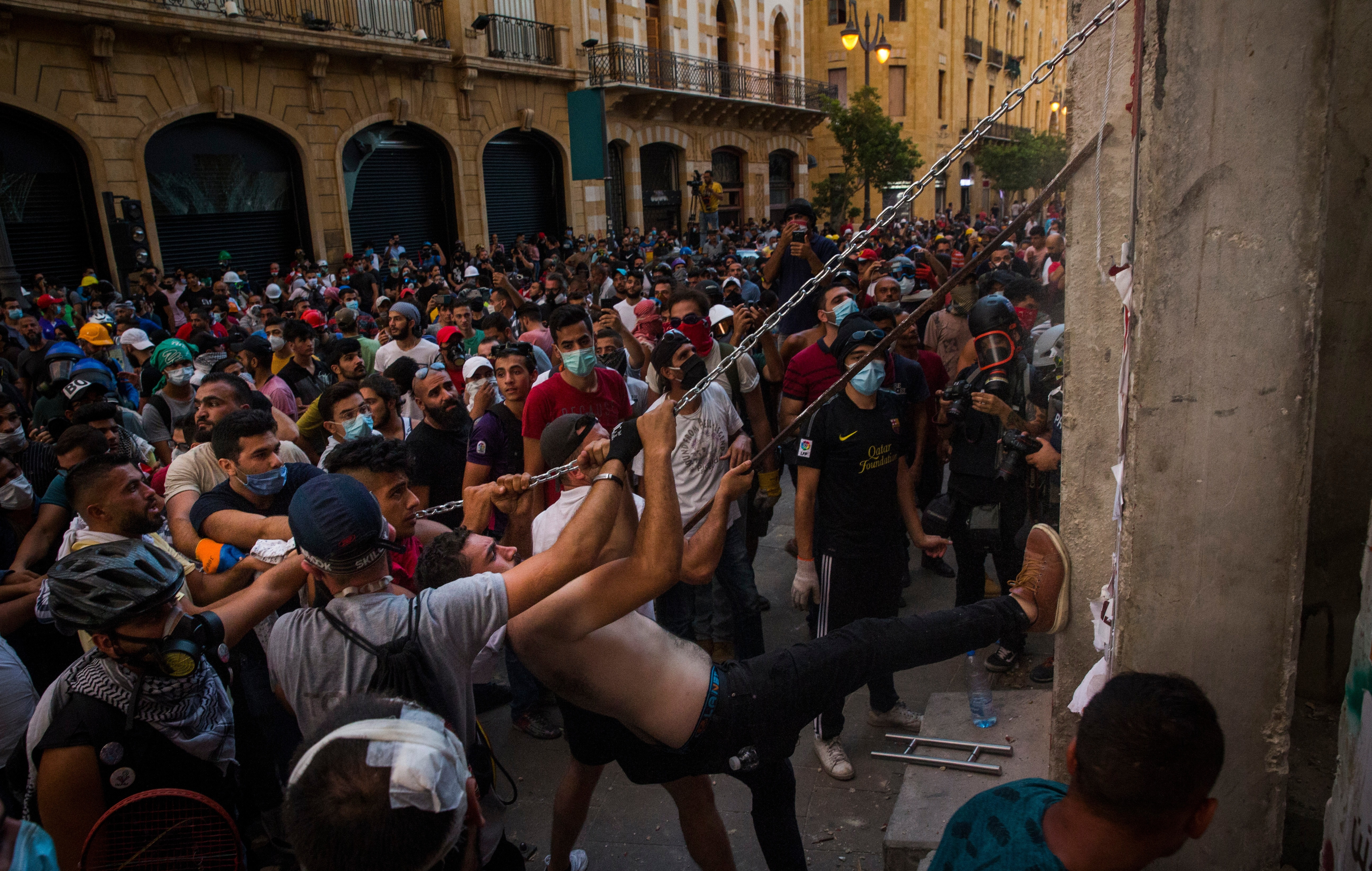 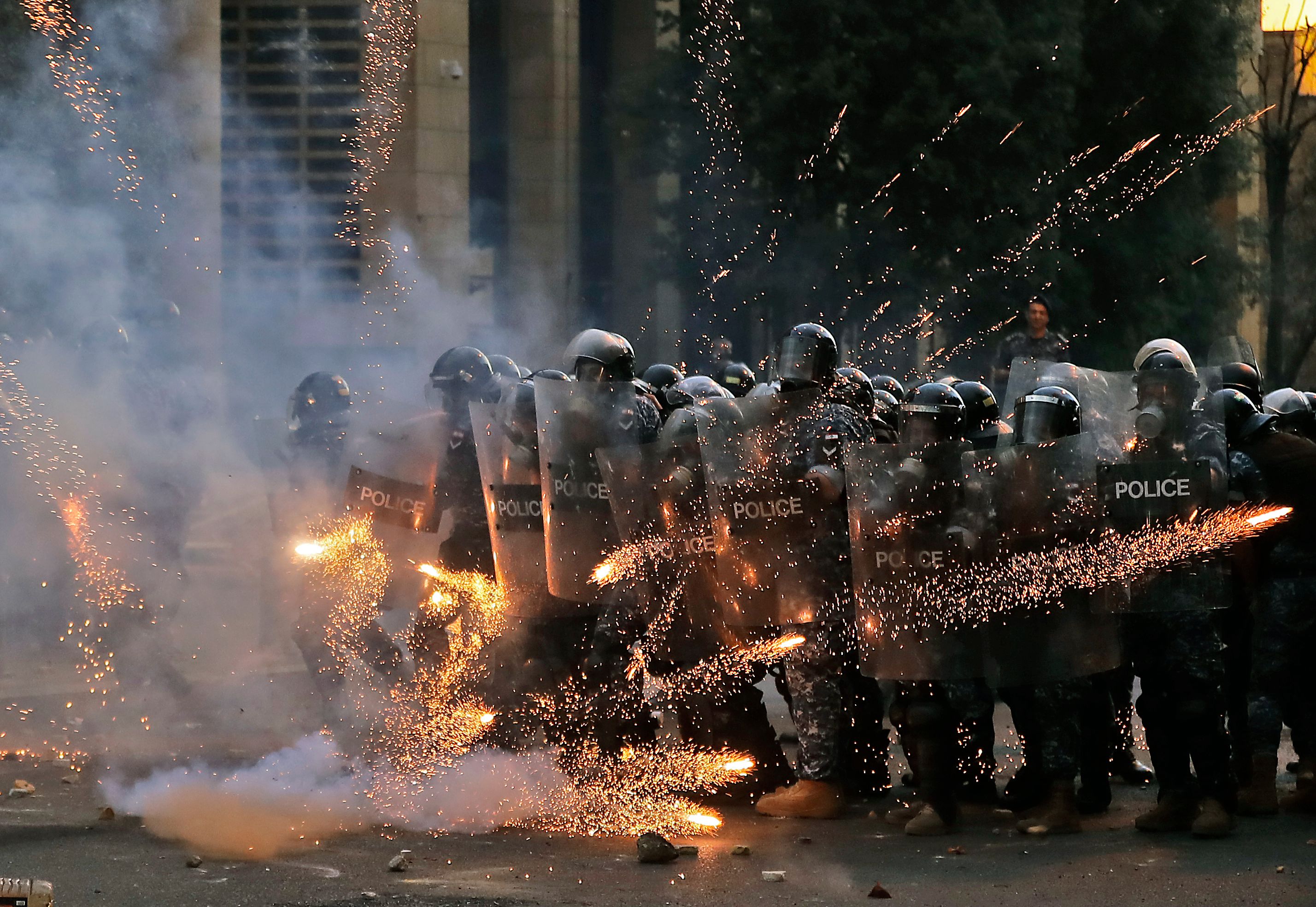 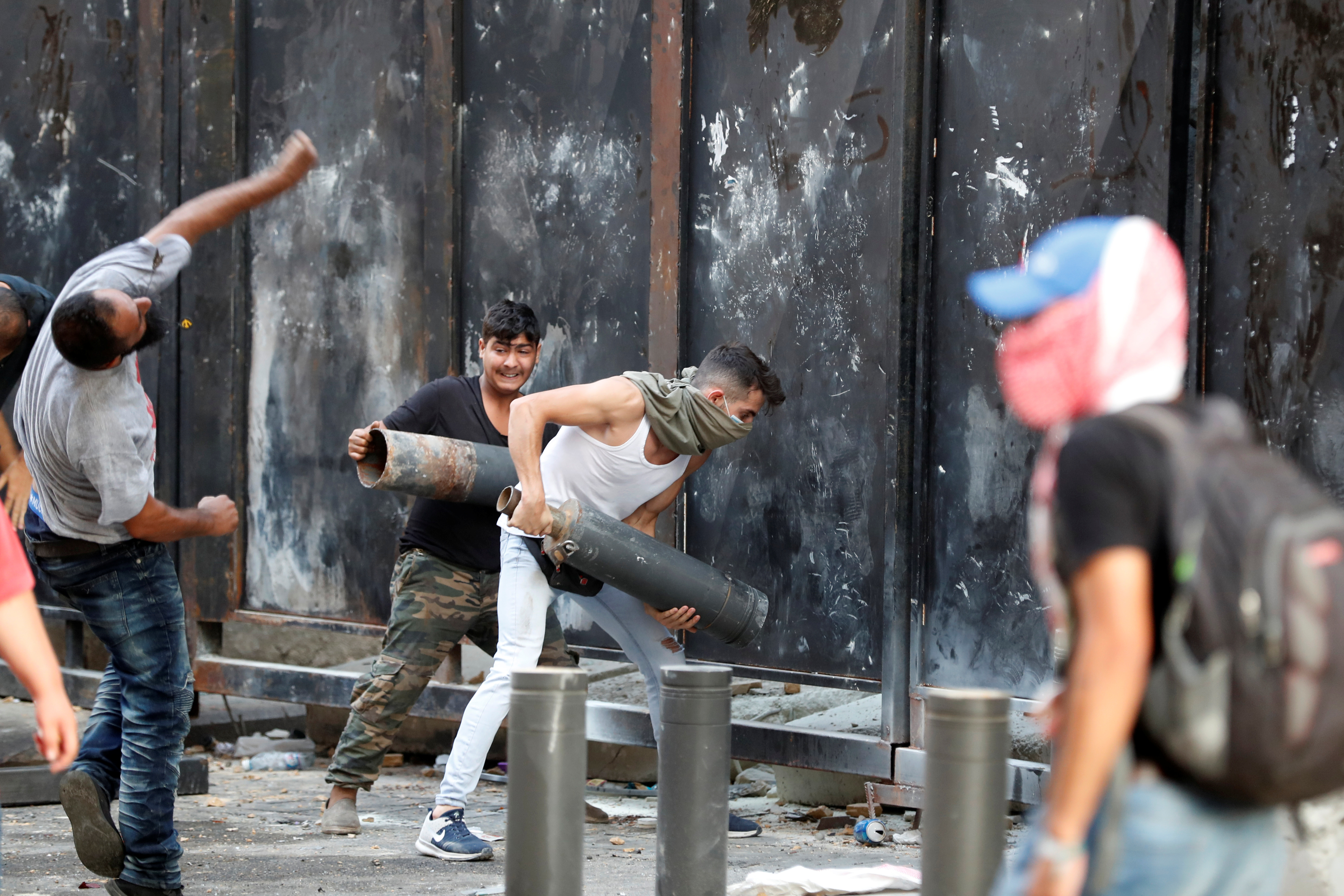 Iran and Lebanon have close ties as Tehran is accused of funding terror group Hezbollah.

Hezbollah had backed Lebanese Prime Minister Hassan Diab's government before it collapsed in the wake of the crisis.

Iranian authorities have been sending food, medicine and medical equipment to Beirut as part of an international aid effort.

Lebanon's government has resigned but will remain in place until a new cabinet is formed, with its own departing ministers branding the regime "flaccid".

It came as it emerged that numerous officials – including Lebanese president Michael Aoun – knew about the stash of ammonium nitrate in Beirut.

Rage had been mounting as running battles saw protesters clash with security forces in the aftermath of the explosion.

The blast was one fifth the size of the nuclear bomb dropped on Hiroshima.

It is believed to have caused up to £11.4billion worth of property after the explosion wiped out Beirut's port, levelled nearby buildings and ruined thousands of homes. 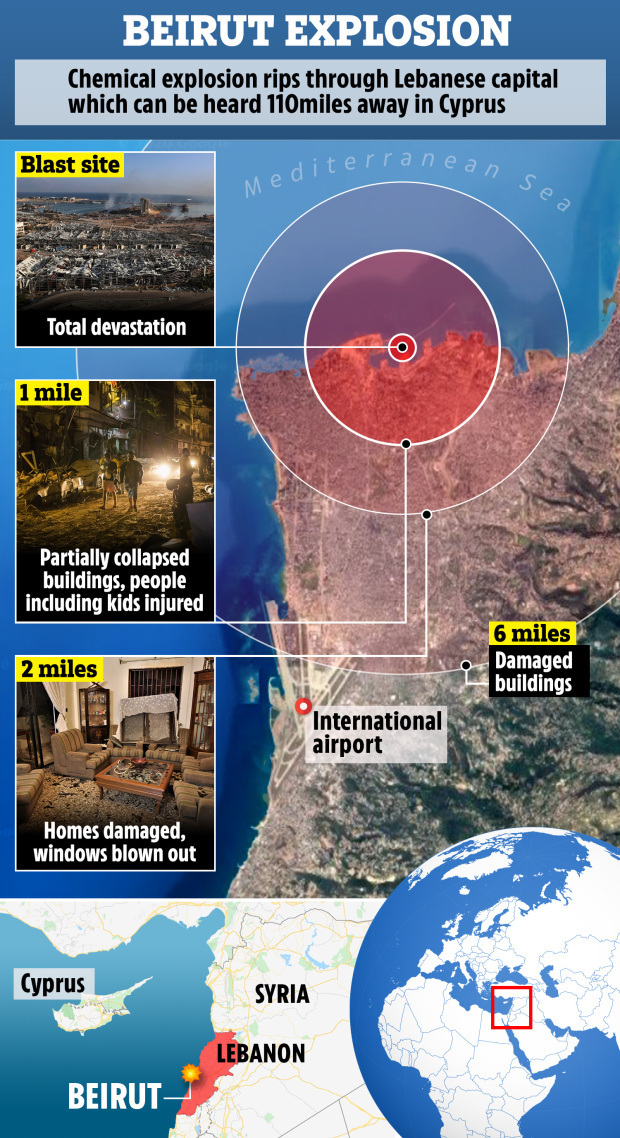