GENEVA (Reuters) – Iran will restart part of its halted nuclear program in response to the U.S. withdrawal from a landmark 2015 nuclear deal but does not itself plan to pull out of the agreement, the state-run IRIB news agency reported on Monday. 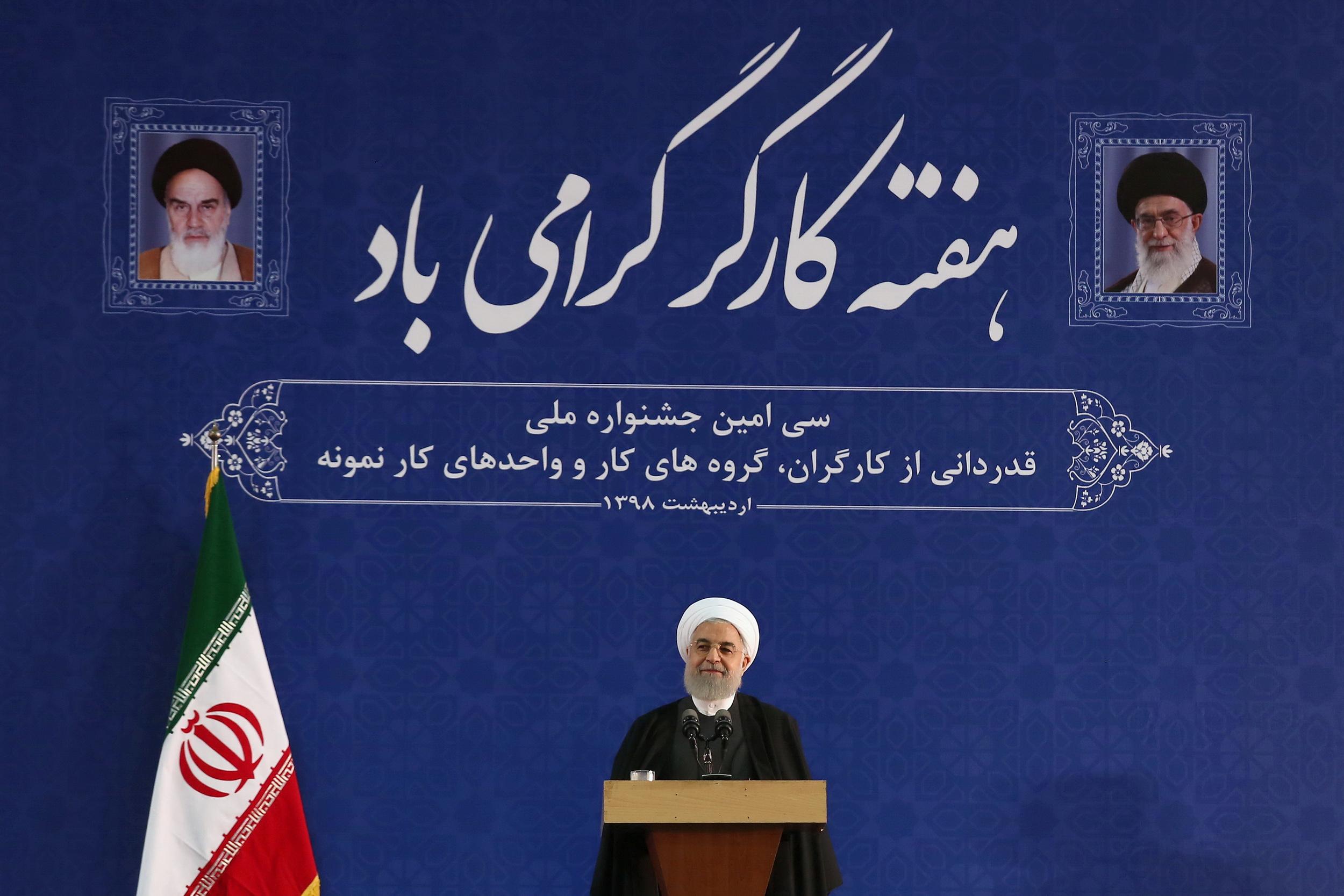 Citing a source close to an official commission which oversees the nuclear deal, IRIB reported that President Hassan Rouhani would announce that Iran would reduce some of its “minor and general” commitments under the deal on May 8 – exactly one year after U.S. President Donald Trump announced the U.S. pullout.

Trump subsequently reimposed tough sanctions on Iran, including on its lifeblood oil exports with the stated intent of reducing them to zero and starving Iran’s economy.

“The Islamic Republic of Iran in reaction to the exit of America from the nuclear deal and the bad promises of European countries in carrying out their obligations will restart a part of the nuclear activities which were stopped under the framework of the nuclear deal,” the source said, according to IRIB.

Some European Union leaders had been unofficially told of Iran’s decision, the report said.

The United States acted on Friday to force Iran to stop producing low-enriched uranium and expanding its only nuclear power plant.

Trump, who was not in office when the nuclear deal was negotiated, said it was flawed in Iran’s favor for doing nothing to curb its ballistic missile program or its support of proxy forces in several Middle East wars.

Iran has said its development of ballistic missiles has nothing to do with its nuclear activity and is wholly defensive in nature, and that its support for allies around the Middle East is not Washington’s business.

Under the 2015 deal, Iran restricted the capacity of its uranium enrichment program – widely seen as a route to developing a nuclear weapon – in exchange for a lifting of most international sanctions. U.N. nuclear inspectors have repeatedly verified Iranian compliance with the accord.

Iran has denied ever pursuing a nuclear weapons program.

The other signatories to the deal – European powers Germany, France and Britain – and Russia and China remain committed to it. The EU has been looking into ways of preserving its economic benefits that Iran says must stay or it could abandon the deal.

The Trump administration is now deploying a carrier strike group and bombers to the Middle East in response to troubling “indications and warnings” from Iran and to show the United States will retaliate with “unrelenting force” to any attack, U.S. national security adviser John Bolton said on Sunday.

Bolton – who has spearheaded an increasingly hawkish U.S. policy on Iran – said the decision, which could exacerbate tensions between the two countries, was meant to send a “clear and unmistakable message” of U.S. resolve to Tehran.

U.S. Secretary of State Mike Pompeo also issued a warning to the Islamic Republic on Sunday.

If these actions take place, if they do by some third-party proxy, a militia group, Hezbollah, we will hold the Iranian leadership directly accountable for that.”