Two oil plants in Saudi Arabia were targeted in a series of devastating drone strikes in September. A total of 25 missiles and drones were dropped on the Abqaiq Aramco and Khurais oil plants in a targeted attack on Saudi facilities. The Iran-aligned rebel Houthi movement in Yemen previously claimed responsibility for the launch, which sent the price of oil soaring. But a report from National Council of Resistance of Iran released today claims the attack was directly ordered by none other than Iran’s Supreme Leader Ali Khamenei.

The report says: The People’s Mojahedin Organization of Iran has obtained exclusive and top secret information sourced from inside the Iranian regime detailing the missile and drone attack carried out by the Iranian regime against the oil facilities of Saudi Arabia in Abqaiq and Khurais on September 14, 2019.

“These Intelligence reports indicate the operation resulting in the attack involved the highest levels of the IRGC who directed it at every step.

“Ali Khamenei, supreme leader of the regime, directly ordered the commanders of the operation to conduct the attack, and the tactical command headquarters for the operation deployed from Tehran to Khuzestan province (southwest Iran) one week prior to the attack.

“The missiles used in the attack were Ya-Ali cruise missiles, nicknamed Anti-Ali missiles by the Iranian people, and Thamen-ol A’emeh Industries situated in Parchin, Tehran, produced them.” 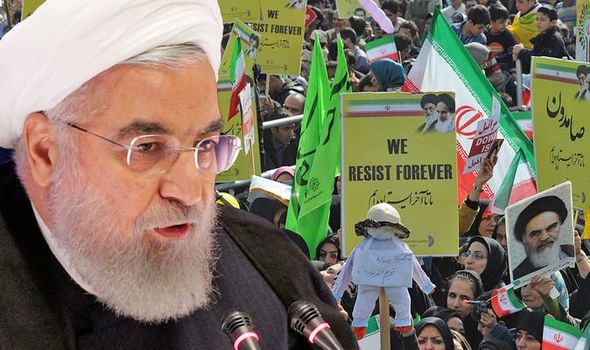 Iran and Saudi Arabia are bitter rivals – the two powerful neighbours have been locked in decades-old feud over regional dominance, fuelled by religious differences.

The conflict is, in many ways, a regional equivalent of the Cold War.

While the two nations may not be taking part in physical conflict, the are engaged in a number of proxy wars in the region – including in Yemen, where Saudi Arabia has accused Iran or supplying the rebel Houthi’s with ballistic missiles.

But according to the NCRI, this ancient feud is not the only root of the oil strike on September 14.

In fact, Shahin Gobadi of the National Council of Resistance of Iran (NCRI) believes the strike has a much wider significance. 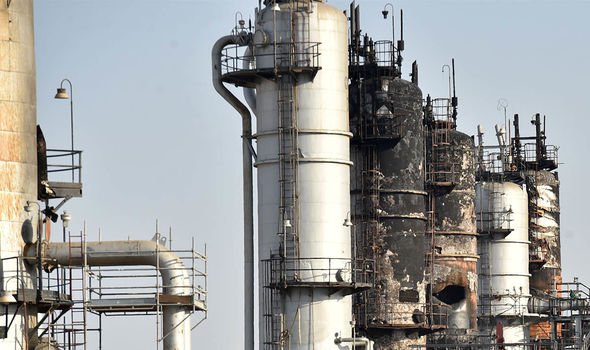 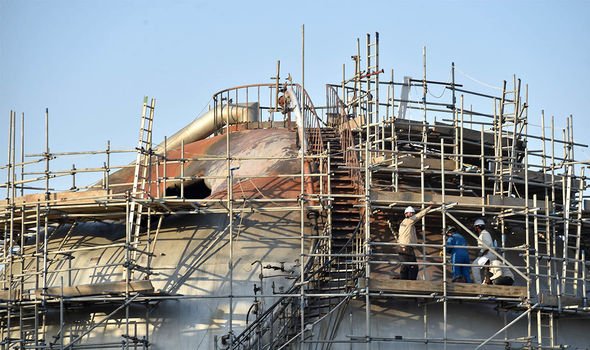 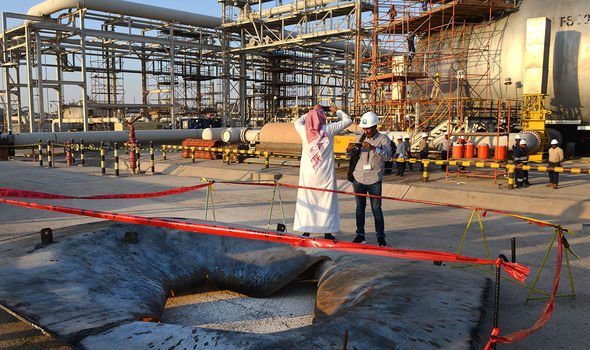 He said: “The simultaneous missile and drone attack on Saudi Arabia’s oil facilities on September 14, 2019 emanated from inside Iran and was a blatant act of war that Khamenei, Rouhani, Zarif, and other regime heads were responsible for in deciding, approving, and implementing.

“The regime hopelessly tries to prevent a popular uprising and thwart the expansion of resistance units by using internal suppression and external sponsorship of terrorism.

“It seeks to contain the deep-seated anger of society at its disastrous and inhuman rule.

“It is quite telling that according to numerous reports from inside the IRGC, all IRGC forces were on full alert during and after the attack.

“IRGC units implemented suppressive manoeuvres to intimidate Iranians in various cities and to fend off the threat to their rule that they see in a popular uprising inside Iran as their main concern.

“The regime is counting on inaction of the international community in its aggression. As long as this regime exists, it will not cease its aggression.” 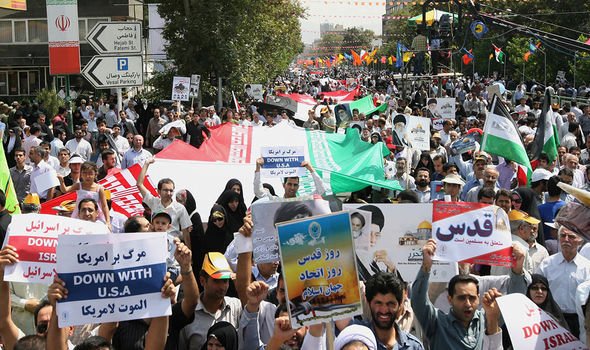 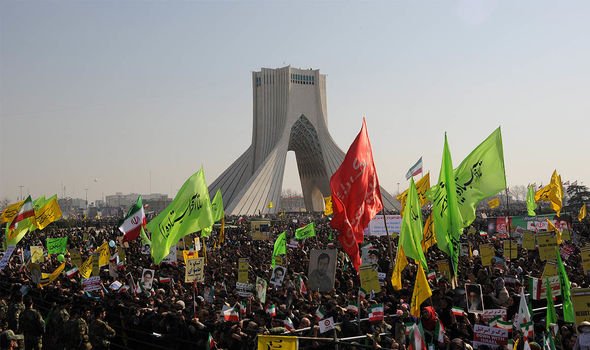 The NCRI representative claimed Iran is being hit by near “constant” strikes and protests from citizens across Tehran and other major cities, in rebellion against the regime.

Hundreds of people have been arrested over the riots, but Mr Gobadi claims support has only strengthen.

He added: “Despite the arrests and intimidation, the regime has not been able to prevent the resistance from advancing or break their morale.

“The resistance units have grown both in quantity and in quality. They have also spread in geographical terms and improved their level of missions.

“The more this regime is weakened and isolated inside Iran, the more it needs to export terrorism and its brand of Islamic fundamentalism.

“Many consider the regime’s warmongering a sign of strength. This could not be further from the truth.

“By such behaviour, especially in current circumstances, the regime is trying to stifle its own deadly infighting and find a way out of the choke-hold in which it finds itself.

“The regime would lose its reason for existence and its driving force if it were to stop exporting terrorism and Islamic fundamentalism, thus accelerating its downfall.

“Far from being only our claim, it is Khamenei and other leaders of the regime who explicitly say that if ‘we do not fight in Syria, Iraq and Yemen we would have to fight in Isfahan, Tehran and Shiraz.’”