IRANIAN celebs are turning on the regime as they come out in support of anti-government protests, saying the country has “millions of hostages”.

Thousands of anti-government demonstrators have taken to the streets in Tehran to demand the resignation of the country's supreme leader, Ayatollah Ali Khamenei. 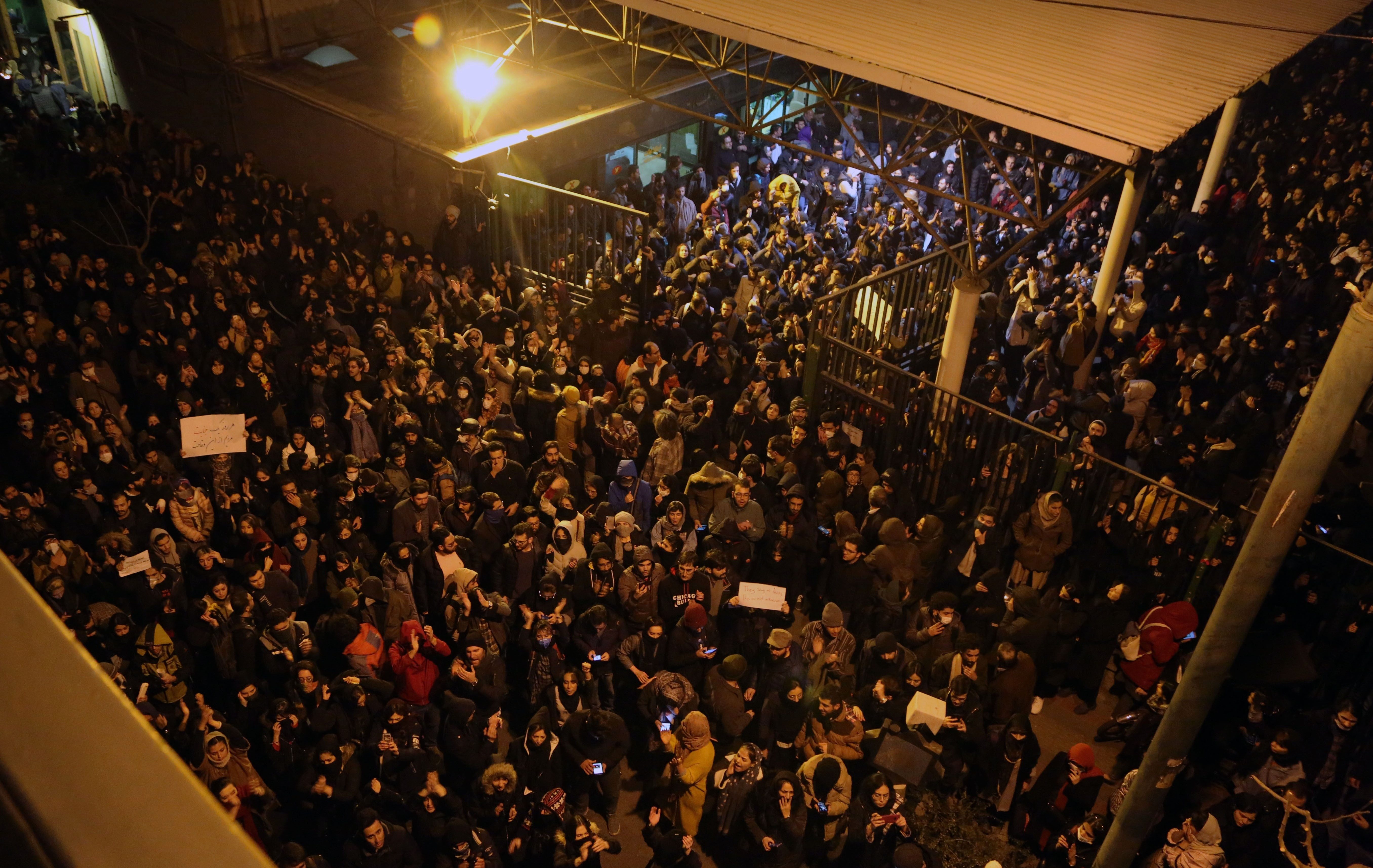 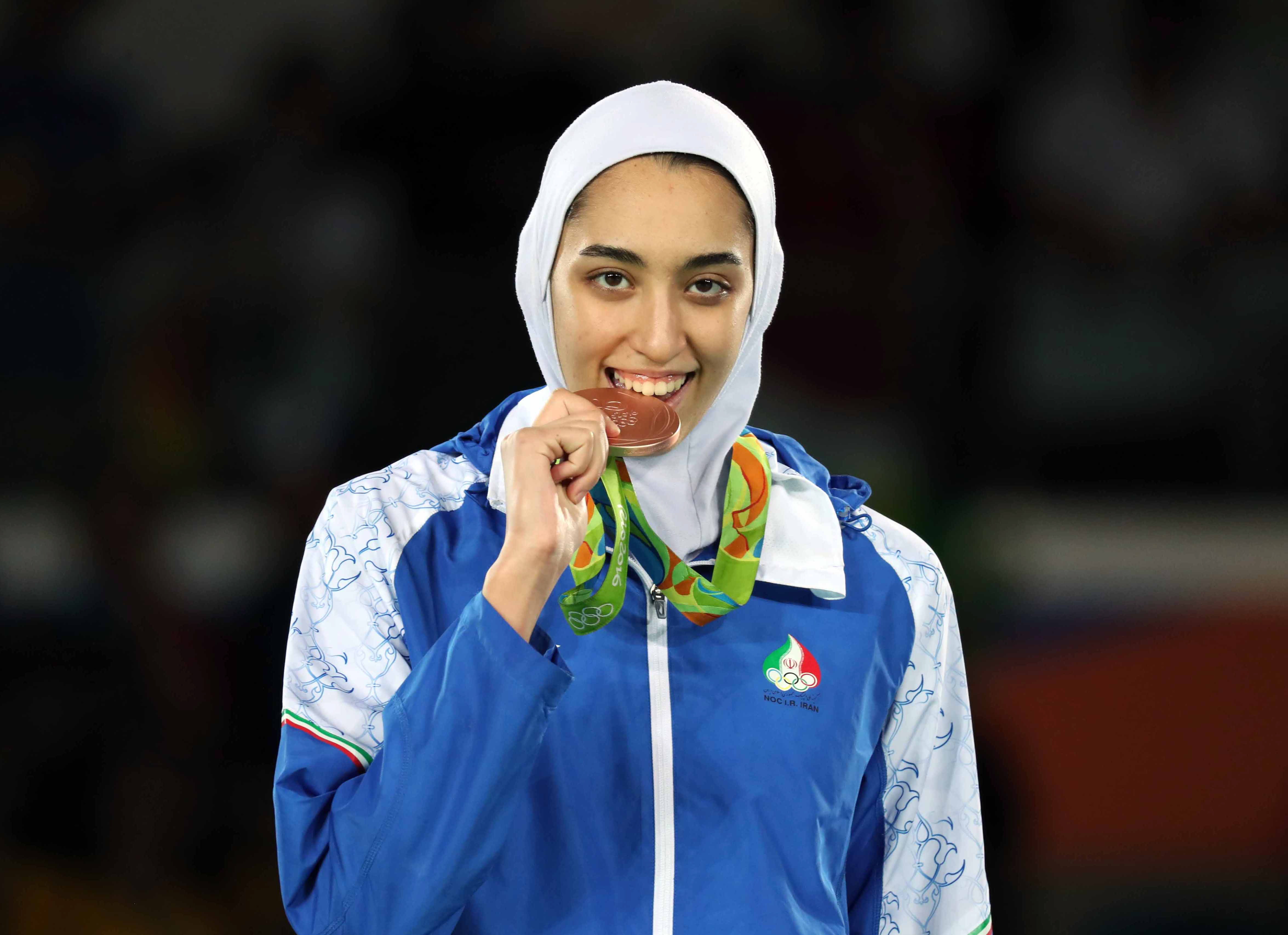 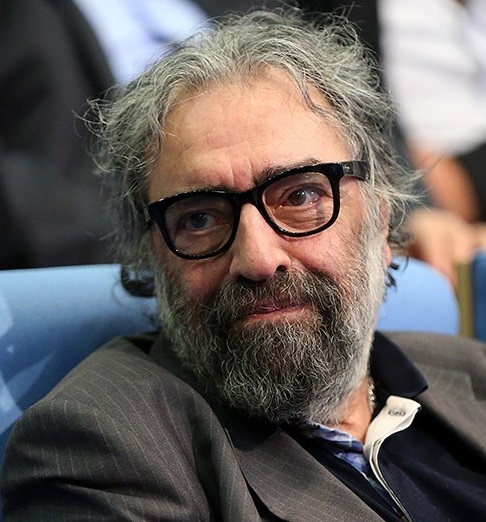 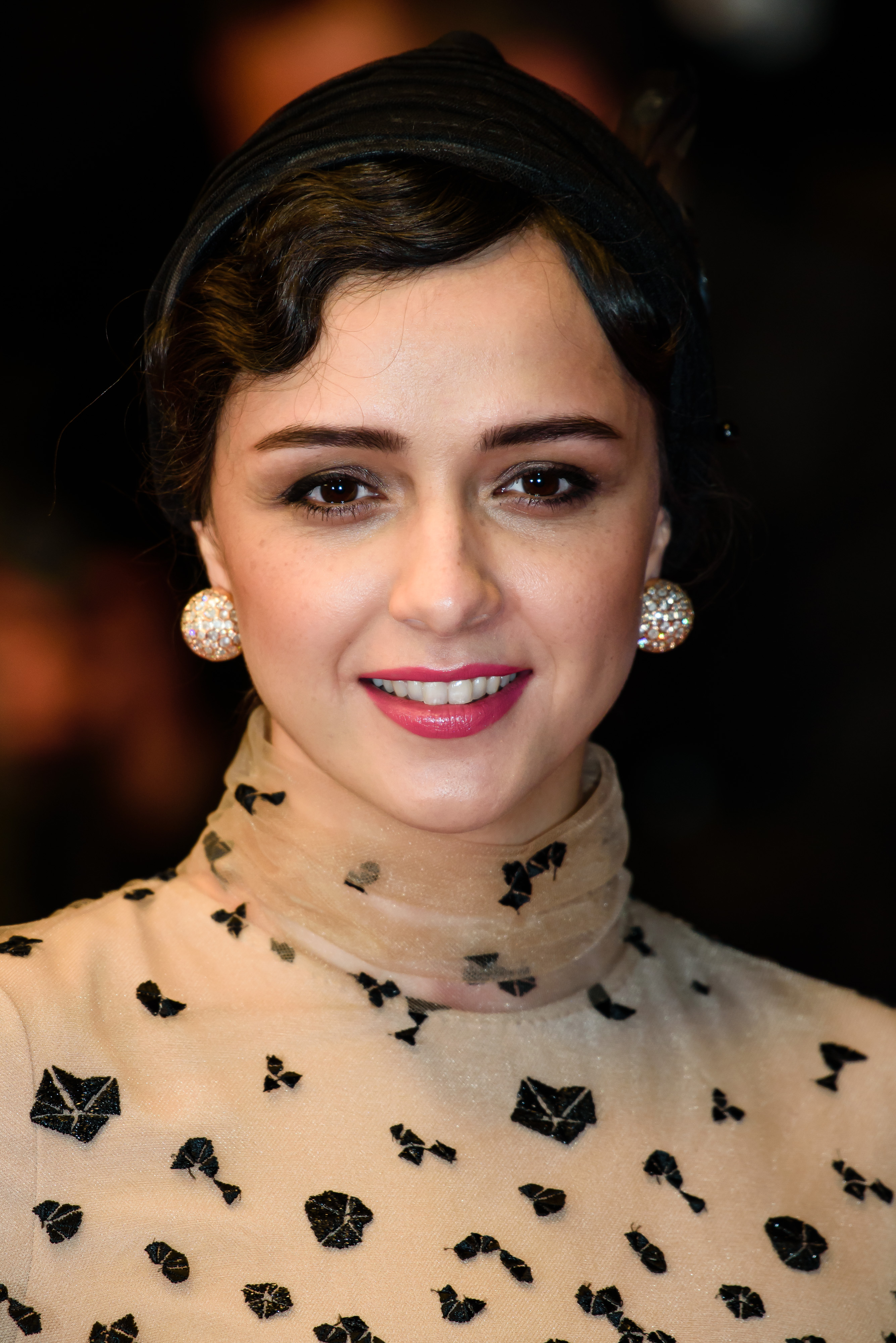 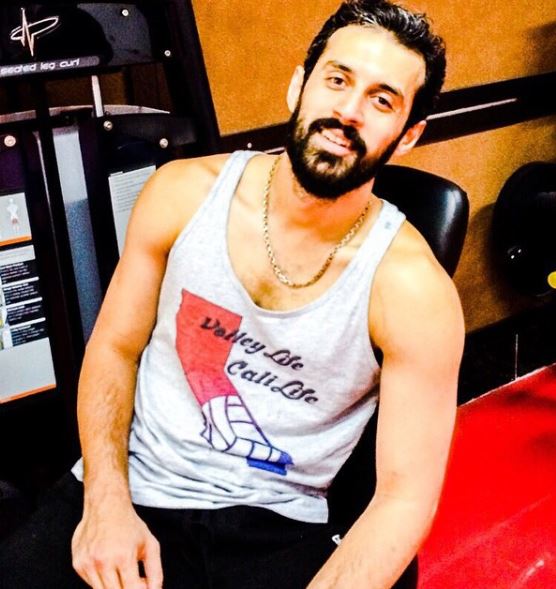 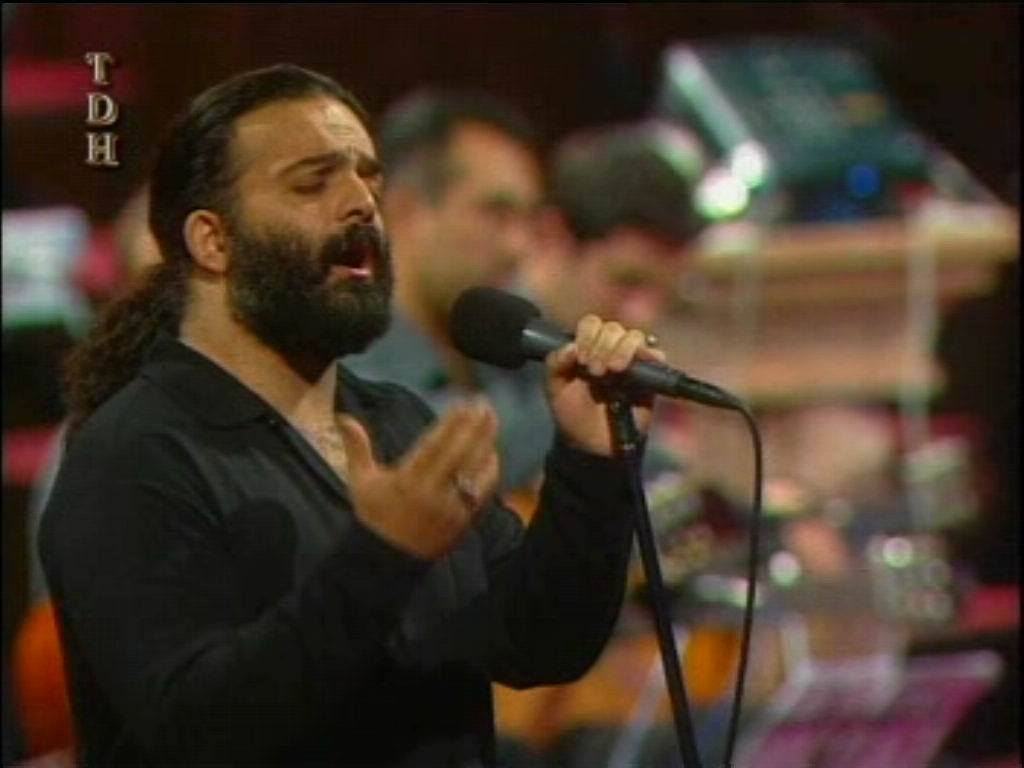 The demonstrations were sparked by the country's admission that it shot down a passenger plane near Tehran killing 176 people – including 82 Iranians – after denying it for days.

And a string of household names in Iran have now come out in support of the protesters.

Top director Masoud Kimiai pulled out of an upcoming international film festival, saying he was “on the side of the people”.

Singer Alireza Assar also cancelled a concert in a show of solidarity.

And Taraneh Alidoosti, one of Iran's most famous actresses, posted a picture of a black square on Instagram with the caption: “We are not citizens. We are hostages. Millions of hostages.”

Sports stars also ripped into the government, with the country’s only female Olympic medallist announcing she was defecting.

Taekwondo athlete Kimia Alizadeh slammed the regime’s “hypocrisy and lies” and took to Instagram to say: “Goodbye to the oppressed people of Iran.”

And Saeed Maroof, the captain of the national volleyball team, wrote on social media that he wished “this was the last scene of the show of deceit and lack of wisdom of these incompetents”.

Two state TV hosts also resigned in protest over the false reporting about what happened to Flight 752.

Crowds last night chanted "death to the dictator" and tore down posters of Qasem Soleimani – the top general whose killing by a US drone sparked a chain of events that led to the plane tragedy.

One Twitter user shared a clip of his image being defaced by a crowd, writing: “Another video shows Iranians tearing down #Soleimani poster. You know why?

“People are furious when you call him a hero.”

But there are fears the protests are being met with a bloody crackdown – just like similar demonstrations last year that saw 1,500 people killed. 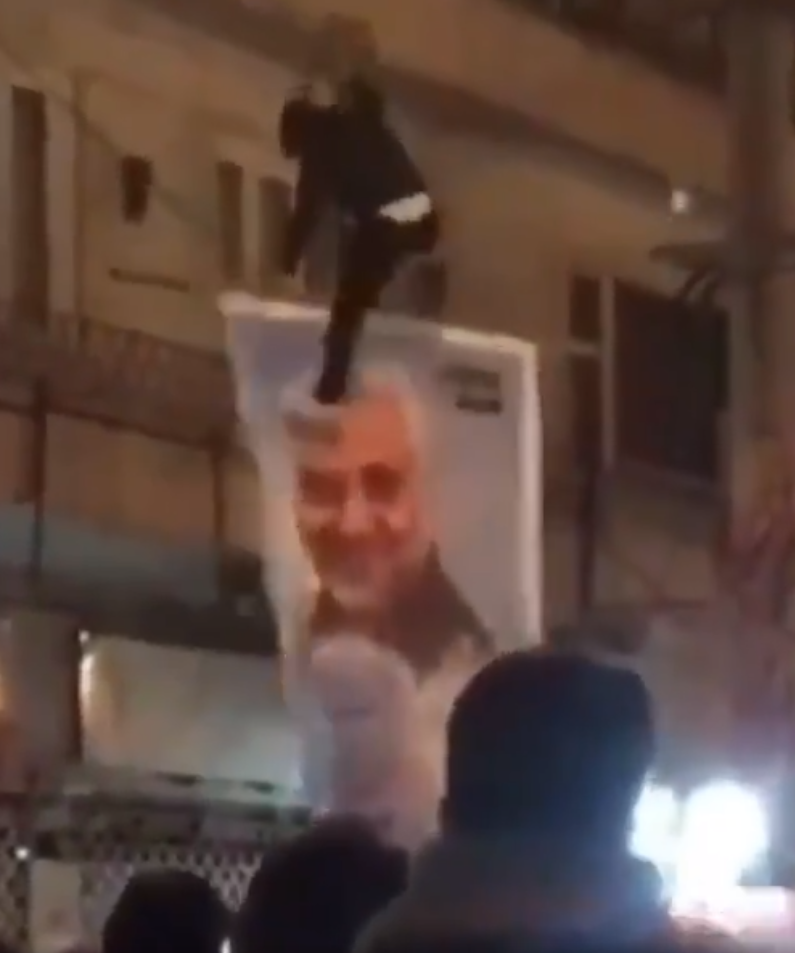 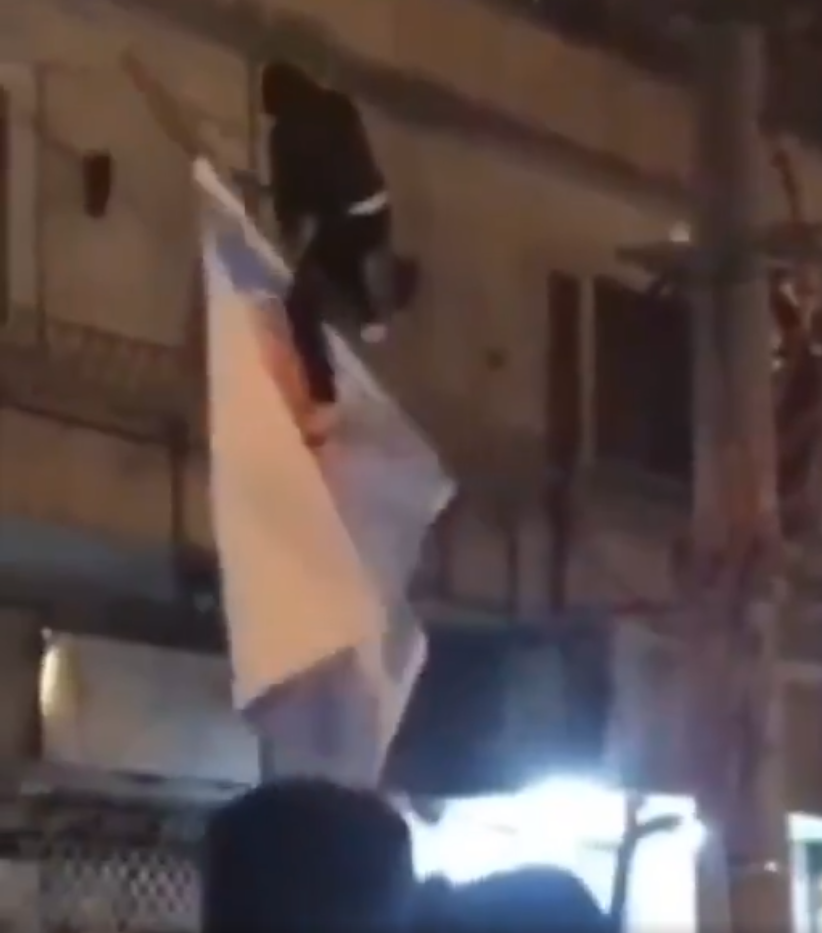 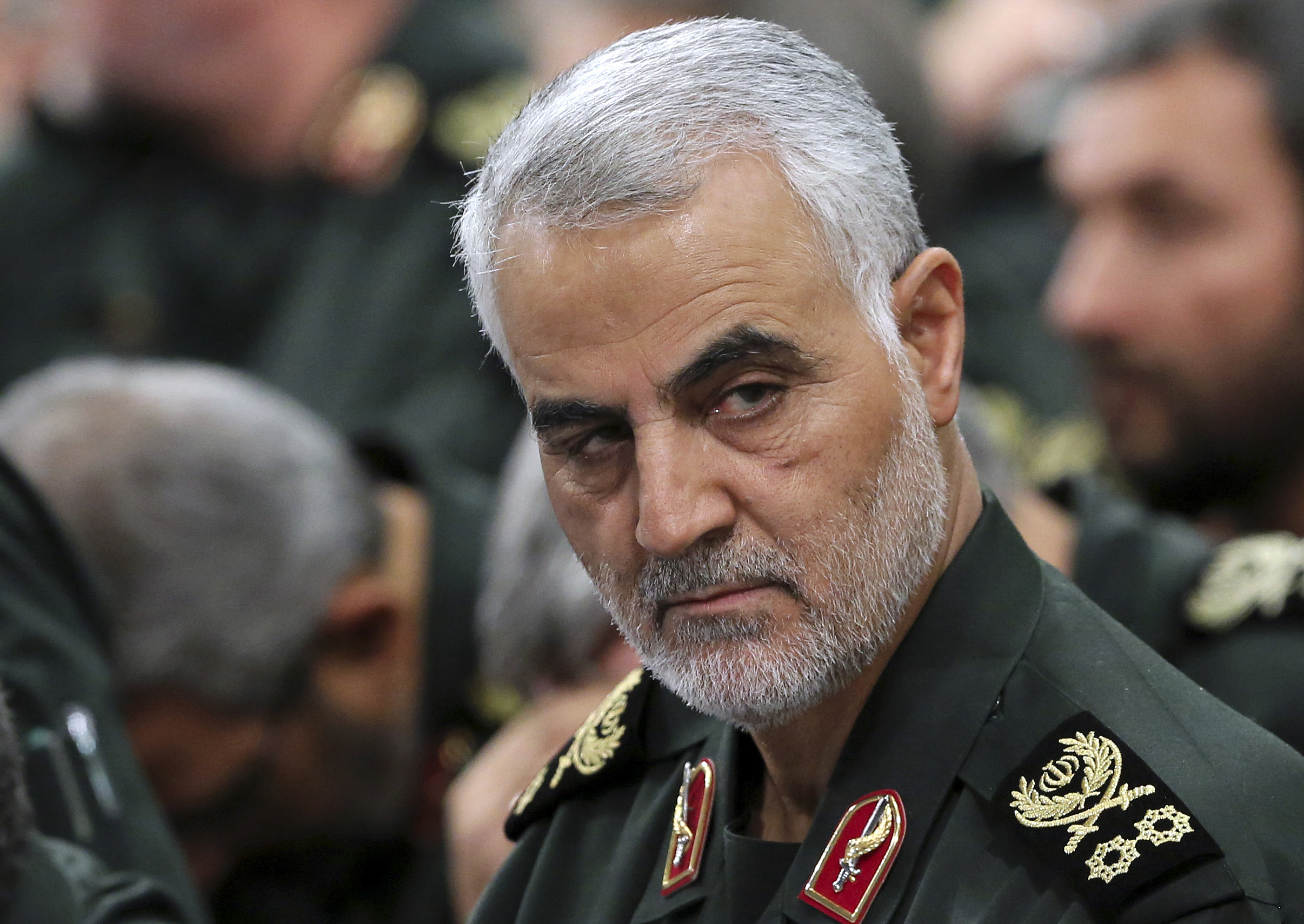 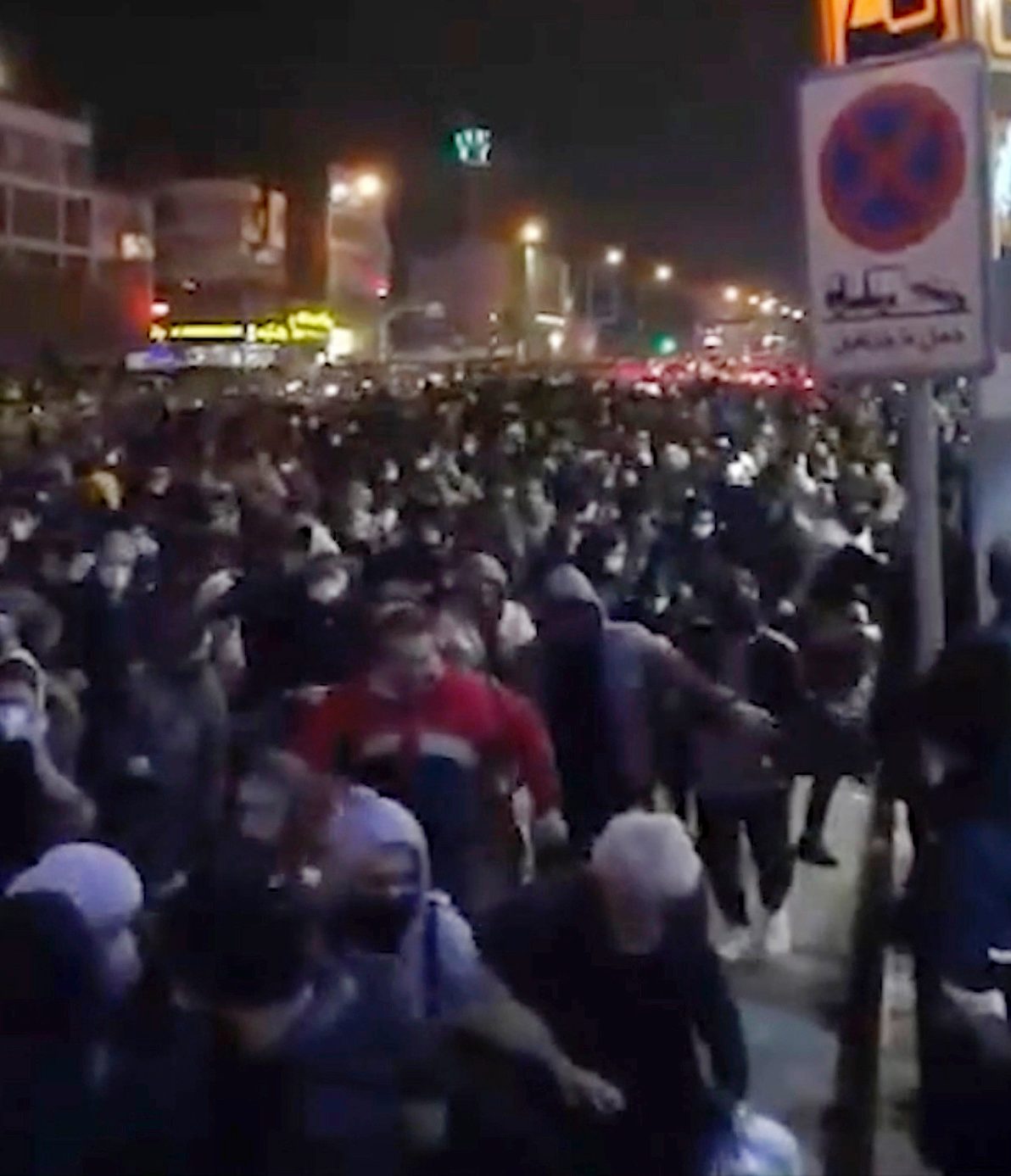 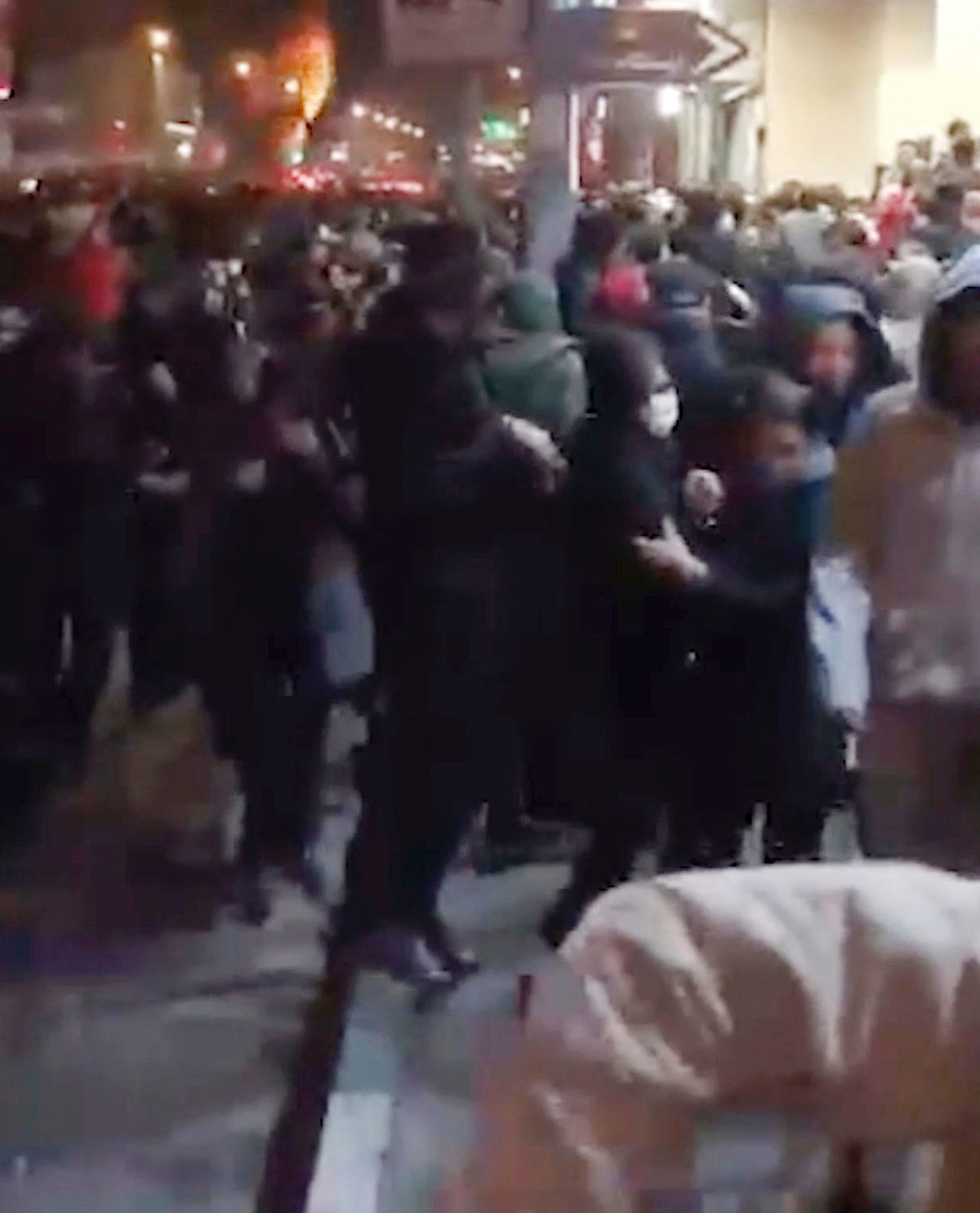 Videos posted on Twitter show crowds of civilians screaming in terror and running down streets with gunfire heard in the background.

One clip shows a woman with blood pouring from what appears to be gunshot wound.

Those around her cry out that she has been shot in the leg, with one screaming: "Oh my God, she's bleeding non-stop!"

Another shouts: "Bandage it!"

Other images show a militia man holding a shotgun running away from the scene.

One local journalist tweeted: "The Iranian Revolutionary Guards are firing live ammunition against the protesters in… Tehran."

Another said: "Gunshots and tear gas fired at Iranian protesters. The Islamic Republic has resorted to violence.

"The lives of the Iranian people are in danger." 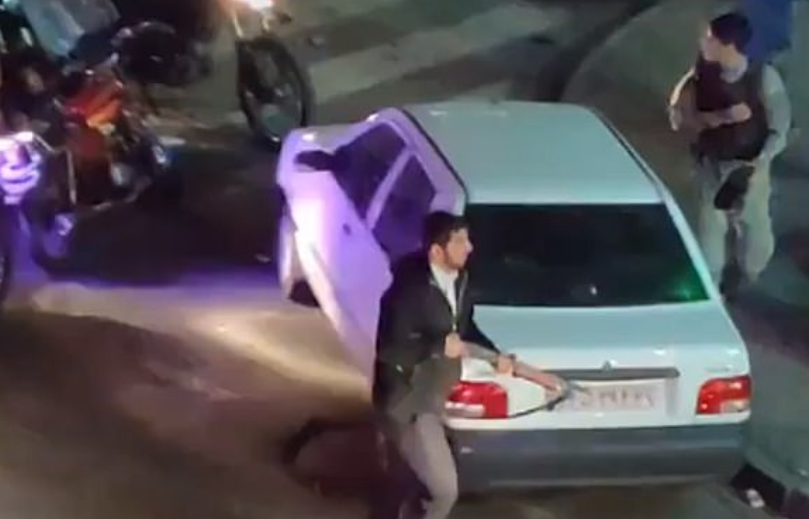 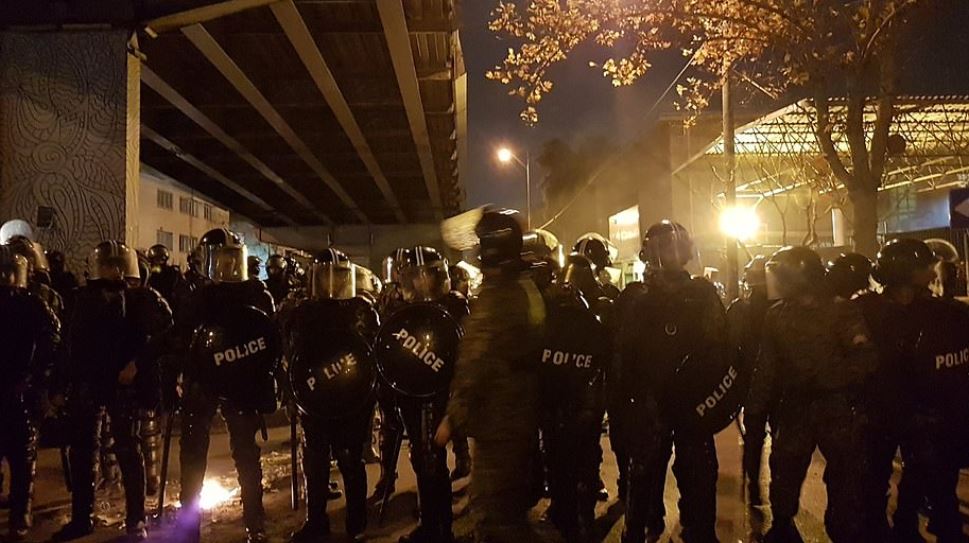 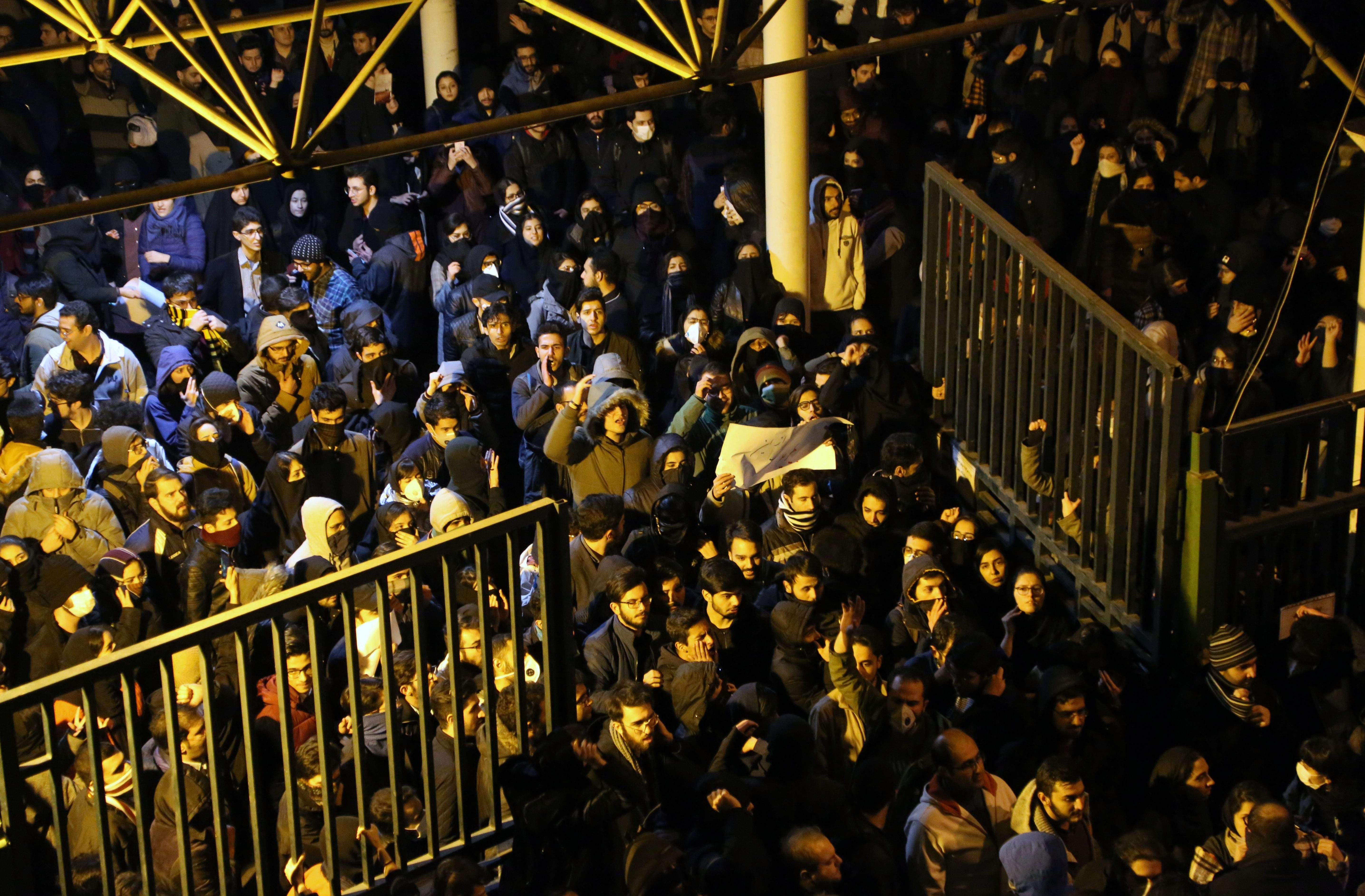 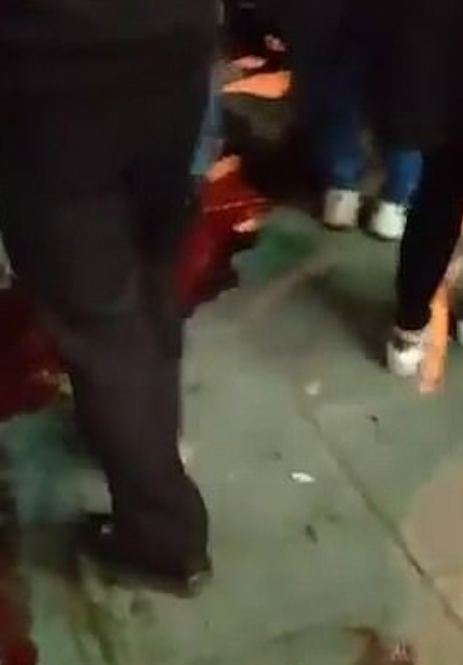 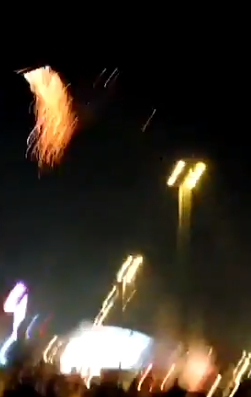 Donald Trump, who has expressed support for past waves of anti-government demonstrations in Iran, addressed the country’s leaders in a tweet.

He wrote: “DO NOT KILL YOUR PROTESTERS. Thousands have already been killed or imprisoned by you, and the World is watching.

“More importantly, the USA is watching.

“Turn your internet back on and let reporters roam free! Stop the killing of your great Iranian people!”

It comes after UK diplomat Rob Macaire, 53, was detained after photographing demonstrators over the weekend.

Foreign Secretary Dominic Raab said the arrest of the ambassador – who was appointed as envoy in March 2018 – is a "flagrant violation of international law".

He added: "The Iranian government is at a cross-roads moment.

"It can continue its march towards pariah status with all the political and economic isolation that entails, or take steps to deescalate tensions and engage in a diplomatic path forwards." 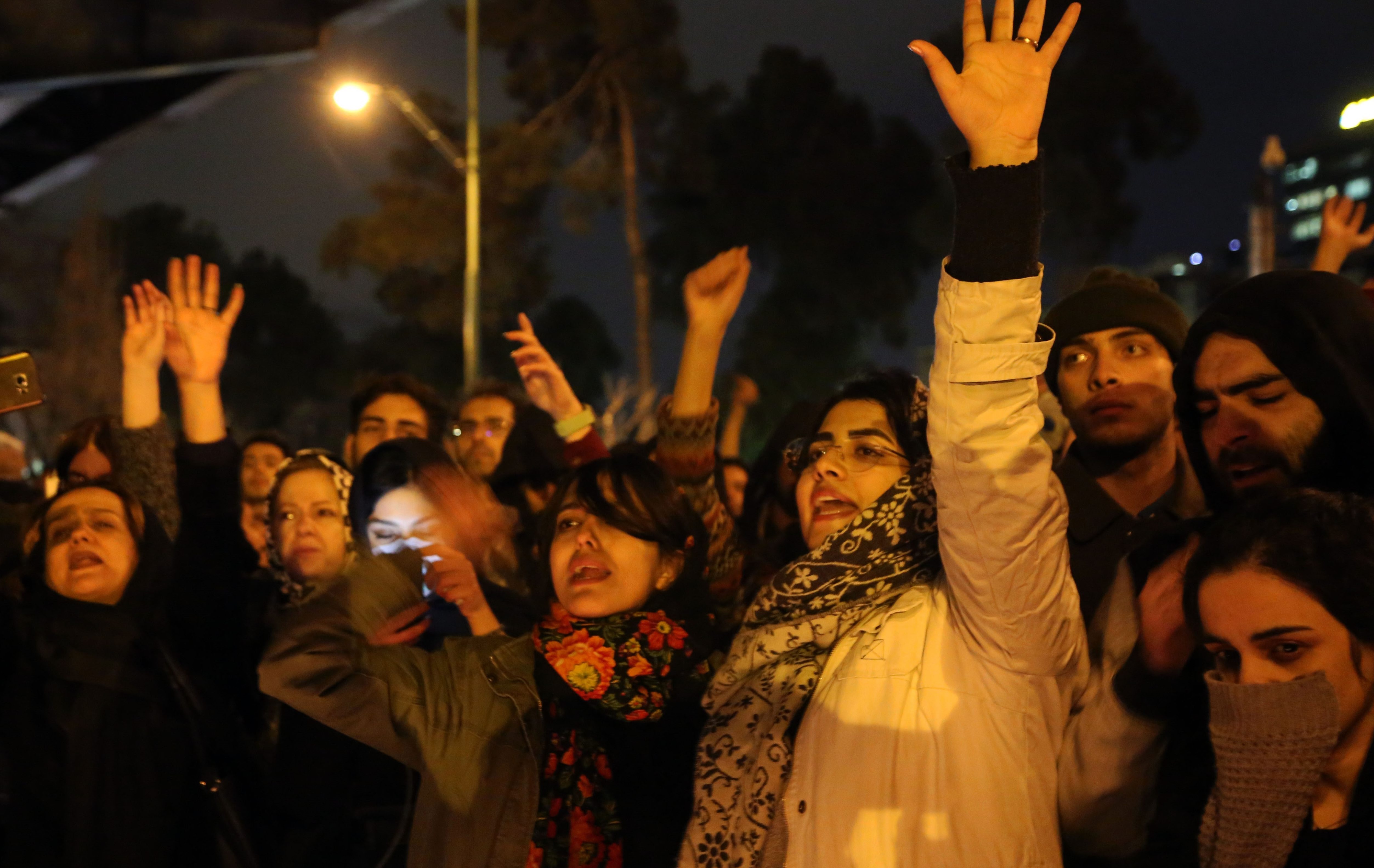 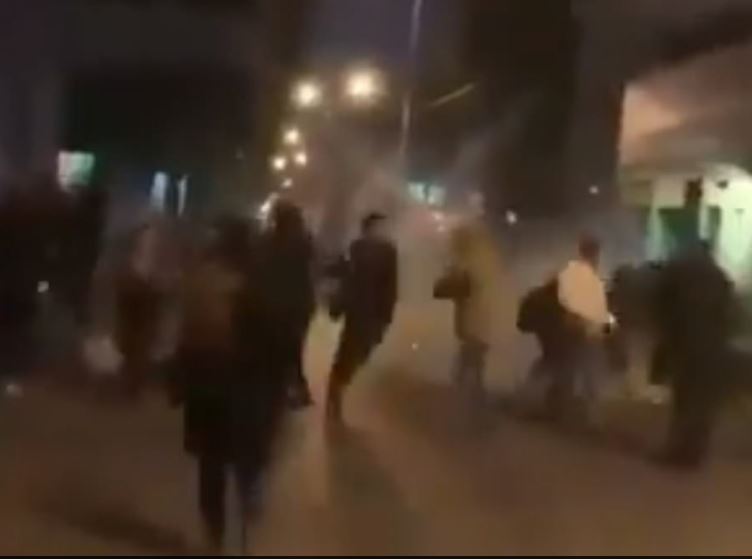 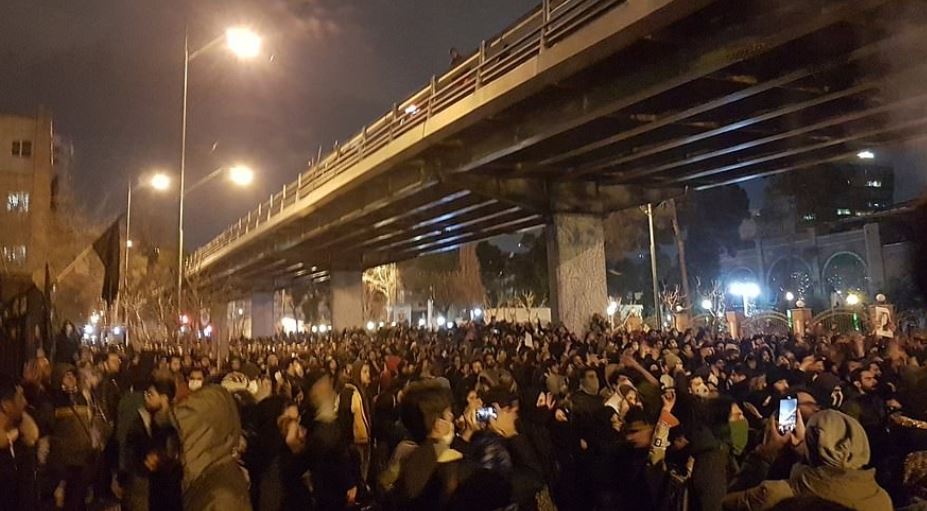 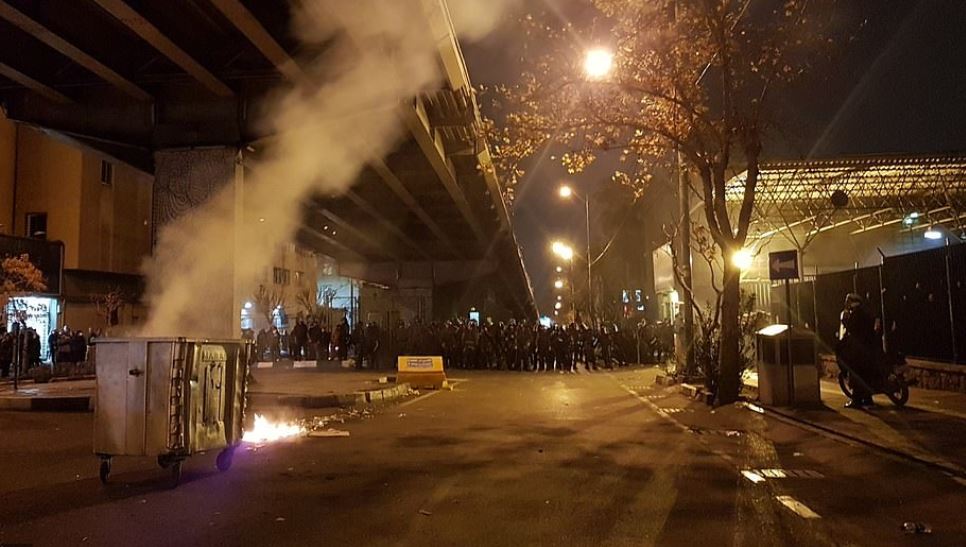 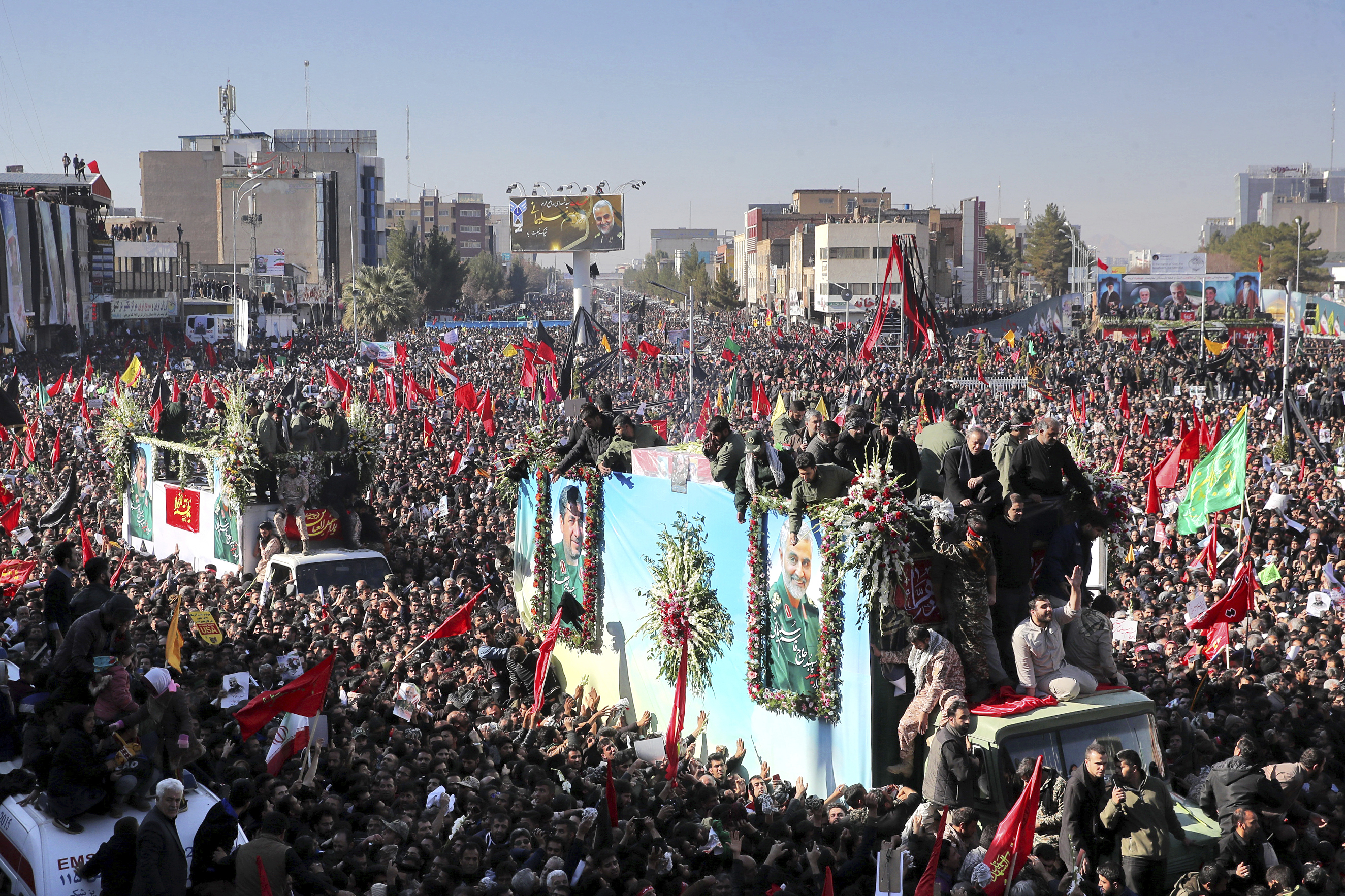