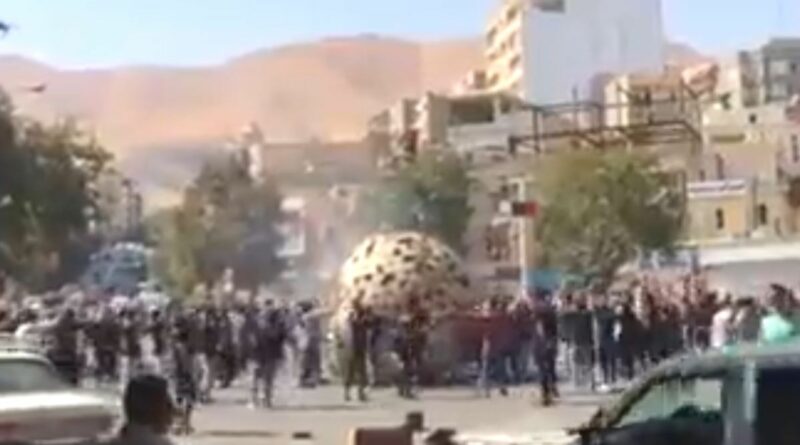 Iranian security forces have attempted to prevent protests across the country following the death of an Iranian woman who was detained for breaching the nation’s conservative laws on public vieling. The death of Mahsa Amini has ignited a string of violent uprisings against Iran’s leaders with much of the conversation centred around deposing the country’s Supreme Leader Ali Khamenei. Police have clashed with demonstrators in several violent altercations in the Kurdish cities of Sanandaj and Saqez. Video footage on social media has shown protesters being tear gassed and shot at as well as a group of Iranian police fleeing from the scene of a demonstration as activists fought back.

In Sanandaj, reports emerged on one man shot dead in his car by Iranian security forces after honking his horn in what was suggested to be a demonstration of support for the protests.

According to Iranian human rights group Hengaw, a woman nearby screamed “shameless” as the man lay dead in his vehicle.

Hengaw reported: “Security forces are shooting at the protesters in Sanandaj and Saqez”

It was later added that tear gas has also been deployed in a desperate attempt to disperse the huge crowd of demonstrators.

Human rights groups have asserted that more than 150 people have been killed, and hundreds more injured, in the unrest so far. 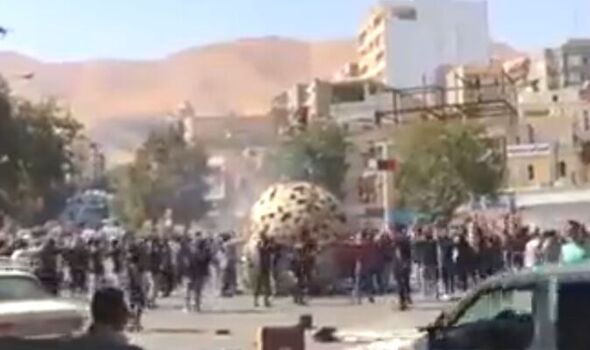 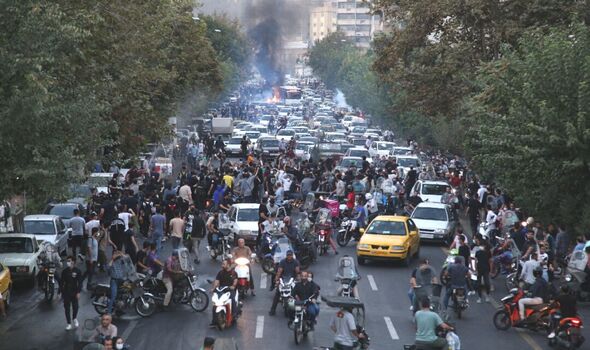 Ms Amini was arrested in Tehran for breaching the strict laws on public veiling which requires women to cover their head.

Ms Amini later died while in custody, although authorities have denied allegations she was beaten and mistreated by officers.

Eyewitnesses have claimed they saw the woman being attacked while inside a police van before she later collapsed at a detention centre and was pronounced dead.

Irainian police claim she suffered “sudden heart failure” due to preexisting medical conditions, although her family have disputed this.

Read more: Stars cut their hair in protest over girl killed for showing her locks 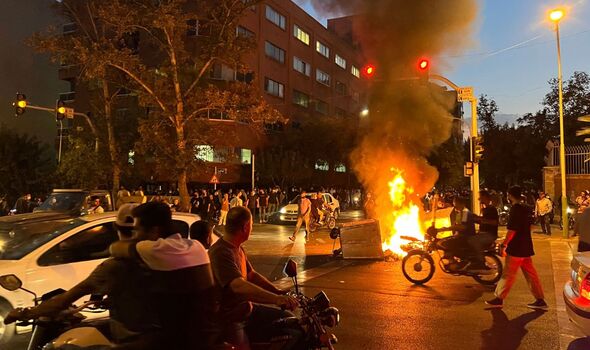 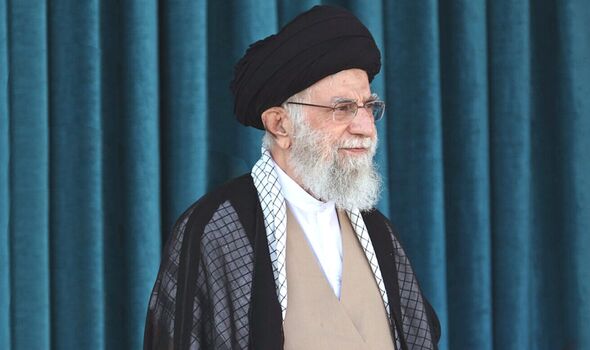 16-year-old Nika Shakarami has become another high-profile death during the protests. The teenager went missing in Tehran after claiming she was being chased by security forces.

A forensic report declared Ms Shakarami died by blunt force trauma to her head after she was understood to have been involved in protests in the nation’s capital city. Her family have accused police forces of attacking the teenager, ultimately causing her death.

Reports have since circulated of the death of Sarina Esmailzedeh, another 16-year-old girl, during a protest in the Alborz province of Iran.

Amnesty International reported Ms Esmailzadeh died after being “severely beaten in the head” with batons during a demonstration. 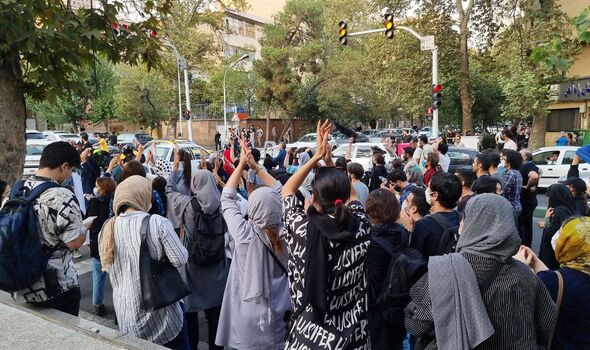 Analysis by Human Rights Watch has declared that “most protesters were peaceful” and the force used by Iranian officers was not justifiable.

Much of the protest action has been fueled by a call to remove Iran’s Supreme Leader. Unverified videos posted to Twitter by activist account 1500tasvir captured protesters shouting “Death to Khamenei”.

The Iranian government has claimed the protests have been encouraged by the United State in an attempt to “weaken Iran’s stability and security”.

In addition, Iranian authorities have reported at least 20 members of the security forces had been killed during interventions since the nationwide protest action began on the 16th September.