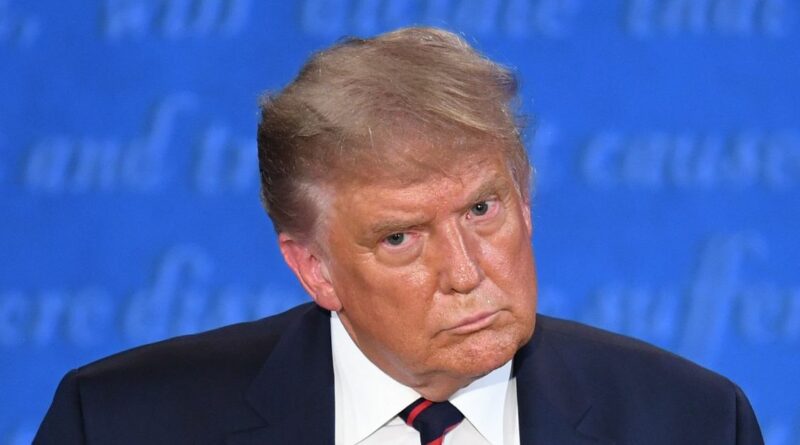 Iran’s Supreme Leader has posted a video to his own personal website threatening to kill former US president Donald Trump.

It was uploaded to Ali Khamenei's site under the heading “Revenge is Inevitable” and the stunt is said to be in retaliation for the killing of Qasem Soleimani, former commander of Iran's clandestine military operations overseas.

The clip uses video game-style animation to show a weaponised remote-control vehicle gaining access to the former US president’s golf club and “painting” Mr Trump’s golfing party with a laser while a missile-firing UAV flies overhead.

Meanwhile a hacker gains access to a mobile phone belonging to Republican Wisconsin Senator Ron Johnson, shown as playing golf with Trump, and sends the message “Solemani’s murderer and the one who gave the order will pay the price”.

Soleimani was killed in a US drone strike near Baghdad International Airport in January 2020.

He was one of 10 people travelling in two cars toward downtown Baghdad when a one of three US MQ-9 Reaper drones circling overhead launched a missile and destroyed both vehicles.

Little remained of the vehicles or their occupants but Soleimani’s body was identified by means of a ring he was wearing at the time.

The strike had prompted attacks on the American embassy in Baghdad by supporters of an Iran-backed Iraqi Shia militia and the 2019 K-1 Air Base attack.

The US Defense Department reported that the strike had been carried out "at the direction of the President,” claiming that Soleimani had been planning further attacks on American facilities and personnel.

At the time, US officials compared the assassination to Operation Vengeance in World War II, when American pilots shot down a plane carrying Japanese Admiral Isoroku Yamamoto.

In a recent meeting with Soleimani’s family Ayatollah Khamenei promised retaliation against the killers of the man he styled as “Martyr Soleimani,” saying: "Martyr Soleimani is permanent, he is alive forever.

There had been numerous questions raised internationally about the assassination of Soleimani, with UN official Agnès Callamard describing the operation as as “unlawful" and more than one commentator warning that Soleimani’s death could be the spark that eventually ignited World War Three.