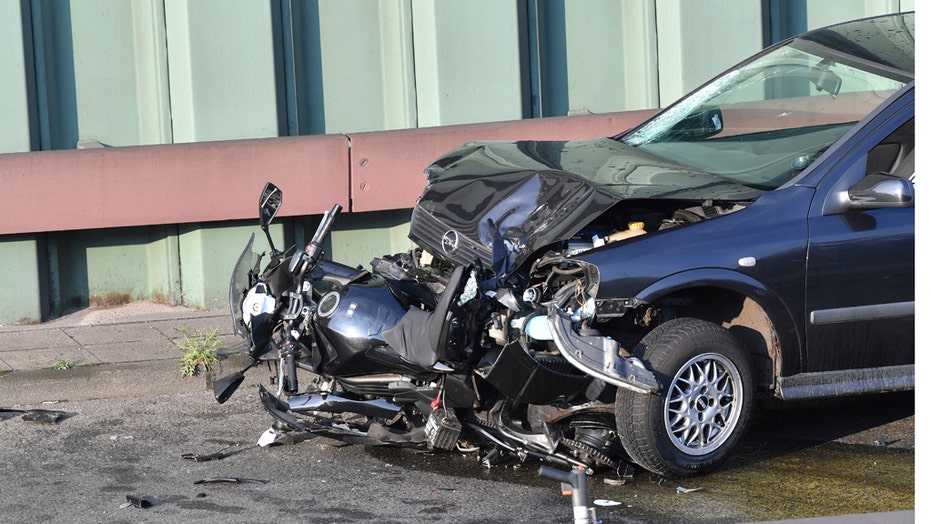 A 30-year-old Iraqi man detained after a series of crashes on a Berlin highway Tuesday evening is being investigated for what prosecutors have called an Islamist extremist attack.

Six people were injured, three of them severely, when the man’s car struck three vehicles along a stretch of the German capital’s highway. He allegedly targeted motorcyclists.

“According to the current state of our investigation this was an Islamist-motivated attack,” the prosecutor’s office told the German news agency dpa.

Investigators said there were indications that the man was suffering from psychological problems, according to Reuters. He appeared to have acted alone. 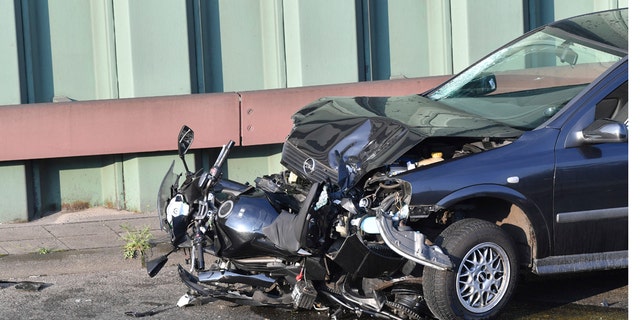 A car and a motorcycle stand on the city motorway A100 after an accident in Berlin, Germany, on Wednesday. The city’s highway was still shut down after a series of traffic accidents that were allegedly all caused by one man. (Paul Zinken/dpa via AP)

Witnesses said the man stopped his car, a black Opel Astra, after the third crash and pulled out a box he claimed had explosives inside, local media reported. He reportedly shouted “Allahu akbar” or “God is great,” as he got out of his car. Bild daily wrote he also shouted, “Nobody gets closer, or you will all die.”

Police arrested the suspect and found the box contained only tools. 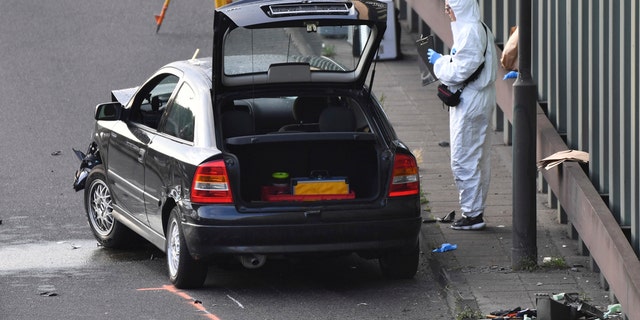 An investigator works on the scene Wednesday following several accidents on the city motorway A100 in Berlin. According to German news agency dpa, prosecutors say a series of crashes caused by a 30-year-old Iraqi man on the highway late Tuesday night was an Islamic extremist attack. (Paul Zinken/dpa via AP)

Prosecutors did not reveal the man's identity, as is customary in Germany, but local media identified the suspect as Samrad A. He is being investigated for three cases of attempted murder.

The man is known to Berlin police, daily Tagesspiegel reported. He was born in Baghdad in 1990 and lived in a refugee home in Berlin. In 2018, he was detained for injuring others and taken to a mental health institution for a short time, according to the paper.

The incident led to long traffic jams Tuesday evening. Some 300 people were stuck on the highway for hours and were getting support from the German Red Cross, the Berlin fire department tweeted Tuesday night.