Ireland footballer Darron Gibson arrived at court today where he could be jailed for crashing his Mercedes into other cars while drunk on the way to a training session.

The former Sunderland midfielder, 30, was three times over the drink-drive limit when he ploughed his 4×4 into a taxi then several other cars.

It is the second time he has admitted drink driving in three years. In 2015 he drove into three cyclists repairing a wheel on the pavement before fleeing the scene. 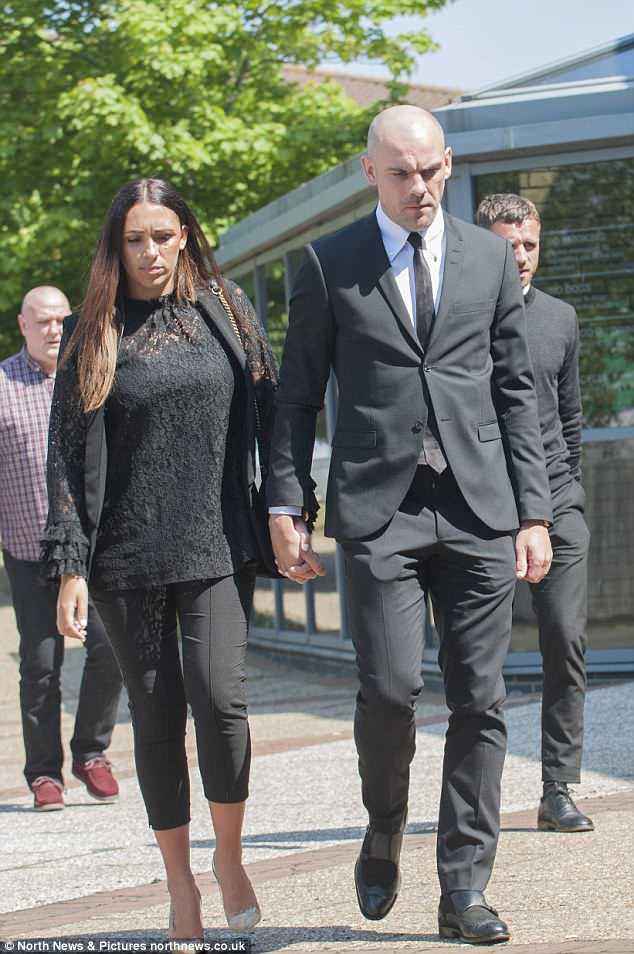 Darron Gibson arriving at South Tyneside Magistrates Court with his wife Danielle. He will be sentenced for his second drink-driving conviction 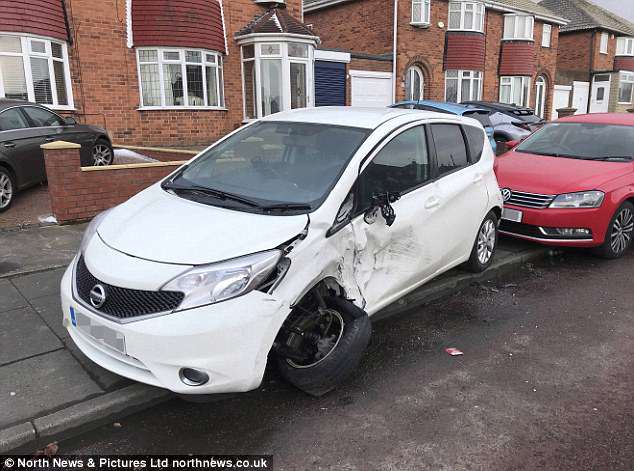 Gibson was on his way to Sunderland’s training ground on St Patrick’s day last month when he lost control of the vehicle in West Boldon.

After knocking off the taxi’s wing mirror he carried on for several miles, hitting parked cars in Fulwell.

His car ended up on the pavement with debris strew all over the road. 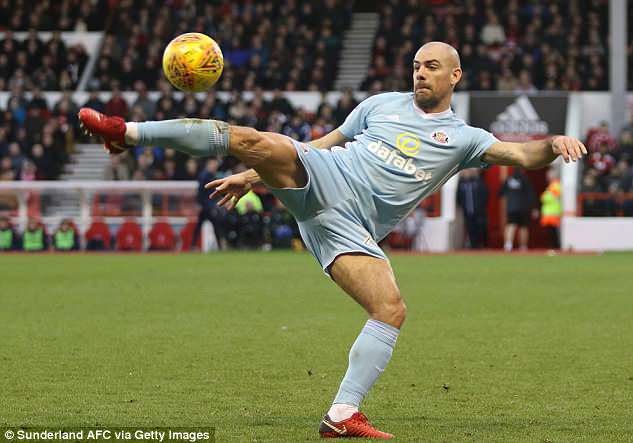 Gibson, 30, playing at City Ground in Nottinghamshire last year. He was previously convicted for drink-driving in 2015 after crashing into cyclists mending a bike by the side of the road

Gibson, who has also played for Manchester United, Republic of Ireland and Everton, had his contract with Sunderland terminated after his latest crash on March 17.

Rebecca Laverick, prosecuting, previously told South Tyneside Magistrates Court: ‘The defendant was spoken to at the roadside, police officers established he was under the influence.

‘He said he had had two drinks the night before. That didn’t coincide with the manner he was presenting in, his speech was slurred and he smelled of alcohol.’ Elaine Gowland, whose son’s car was damaged in the incident last month, told the BBC: ‘The damage is horrendous – he’s lucky someone didn’t get killed.

‘If someone had been on the pavement they would have been gone.’