In 1992, the country’s Supreme Court ruled that 14-year-old Miss X, who was considered a suicide risk after being raped and left pregnant by a neighbour, could travel to England to end her pregnancy. 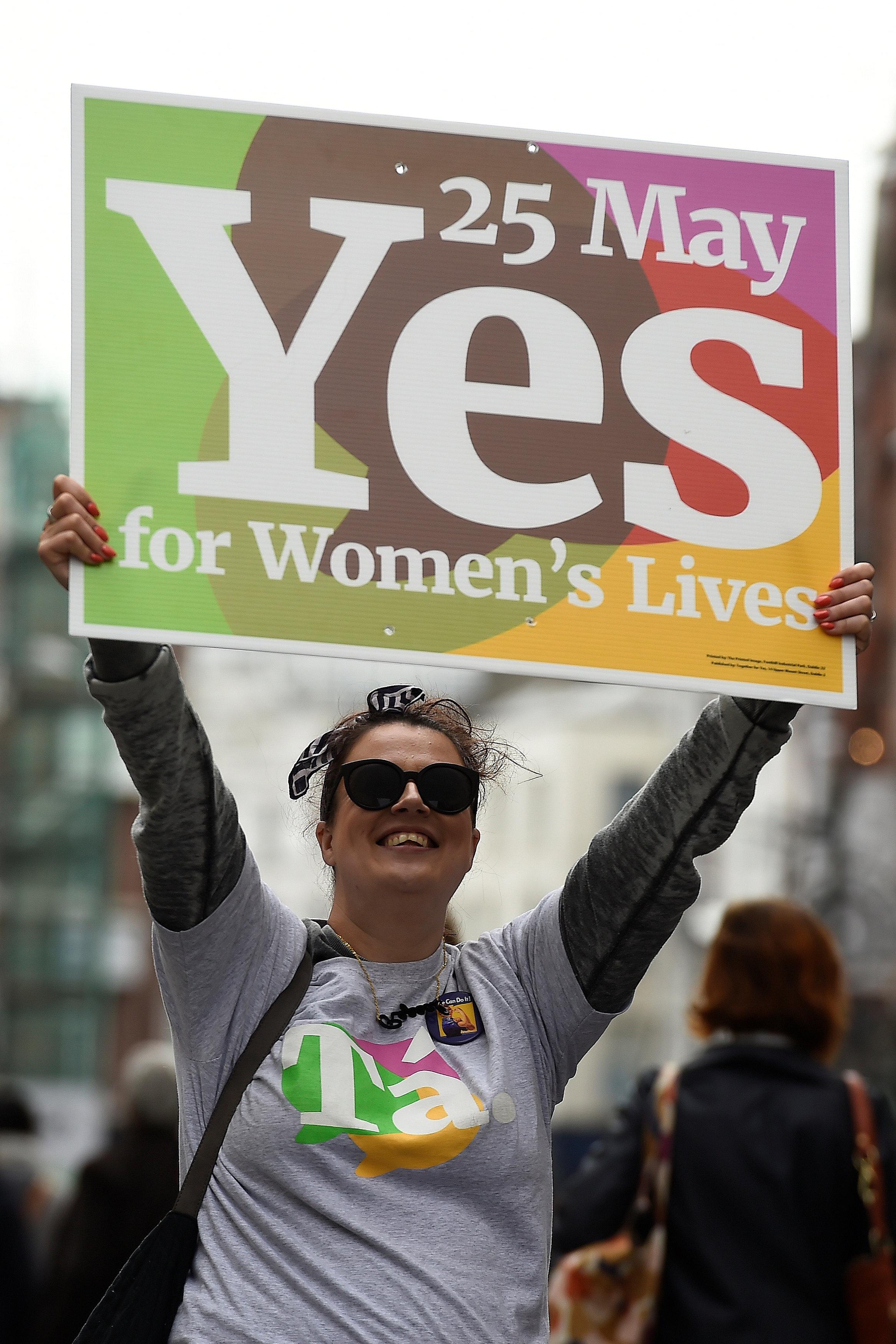 It established an Irish woman’s right to have an abortion — if she threatened to take her own life.

But terminating a pregnancy is still ­effectively criminalised with a maximum 14 years in jail. That could change if the Irish people decide to repeal article 40.3.3 of their constitution.

Commonly referred to as the Eighth Amendment, it enshrines in law the equal right to life of the mother and the unborn foetus.

Abortion had been subject to criminal penalty in Ireland since 1861 but a 1983 referendum clarified that termination could be permitted where the pregnancy threatened the life of the mother. 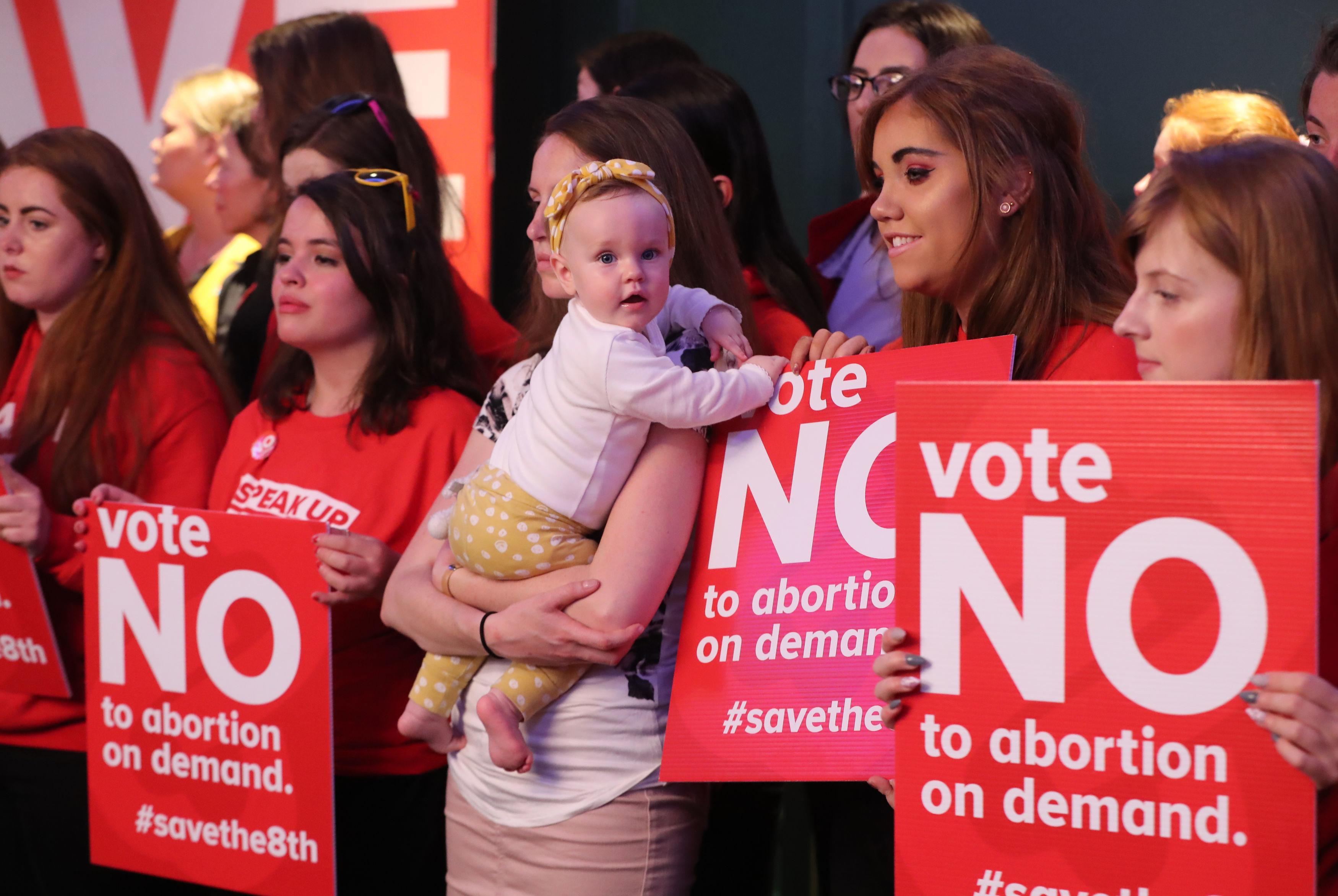 Voting Yes tomorrow will permit unrestricted abortion up to 12 weeks and allow it to be considered after that in ­exceptional cases, such as the presence of a fatal foetal abnormality.

The emotionally charged issue has split towns, villages and families in Ireland. It has become deeply ­personal and aggressive.

Generally speaking, most young people are in the Yes camp, while older generations will vote No.

Large urban areas, particularly Dublin, favour repeal while much of rural Ireland will vote against. 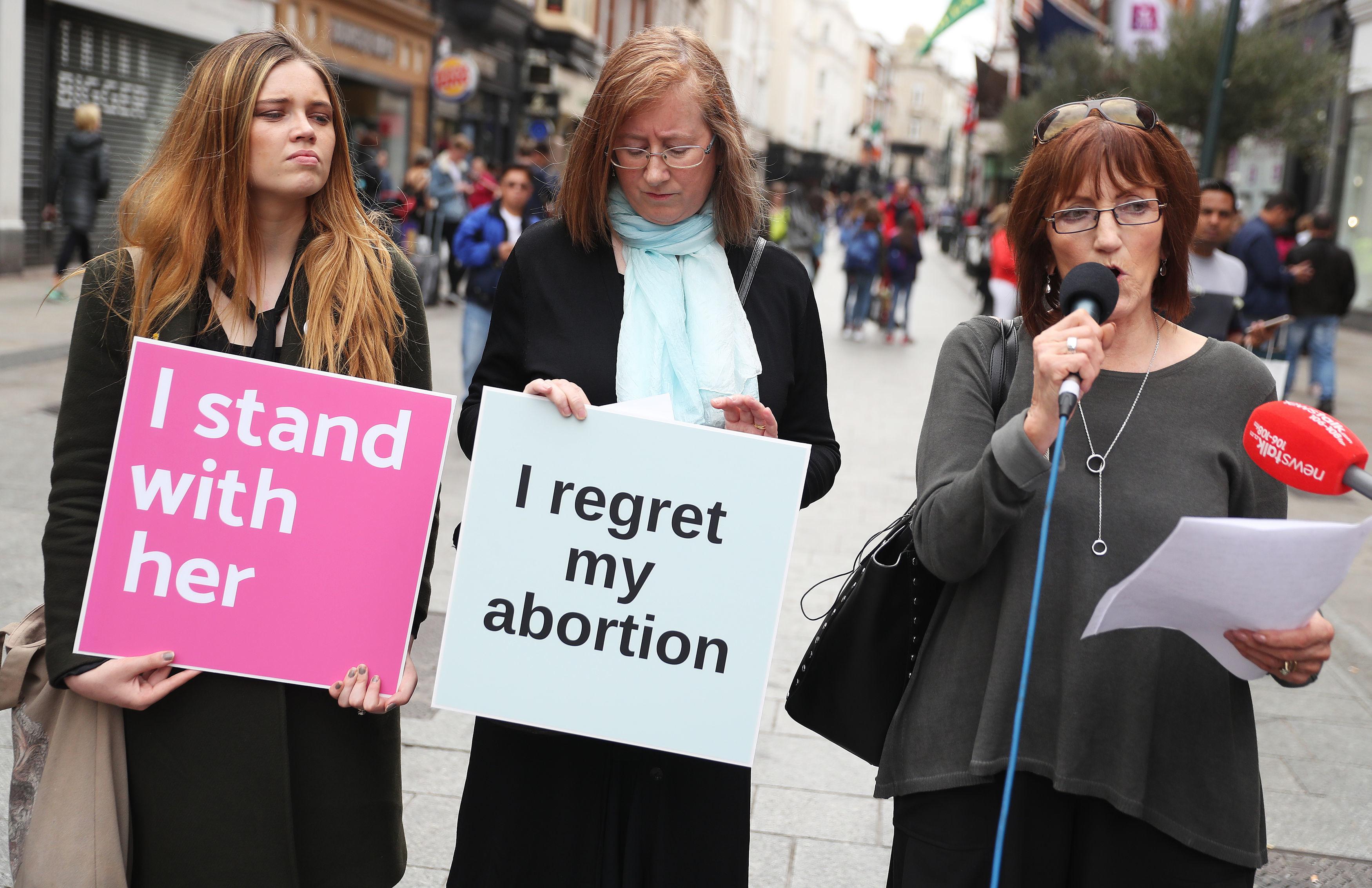 It’s impossible to walk the streets of Irish cities without being bombarded with campaign images from both sides. Every lamppost is emblazoned with Yes and No posters.

Some of the more graphic pictures, particularly from the No side, have been placed near schools and beauty spots, leading to strong condemnation.

In Donegal a No campaigner planted 17,000 small white crosses on a stretch of road. 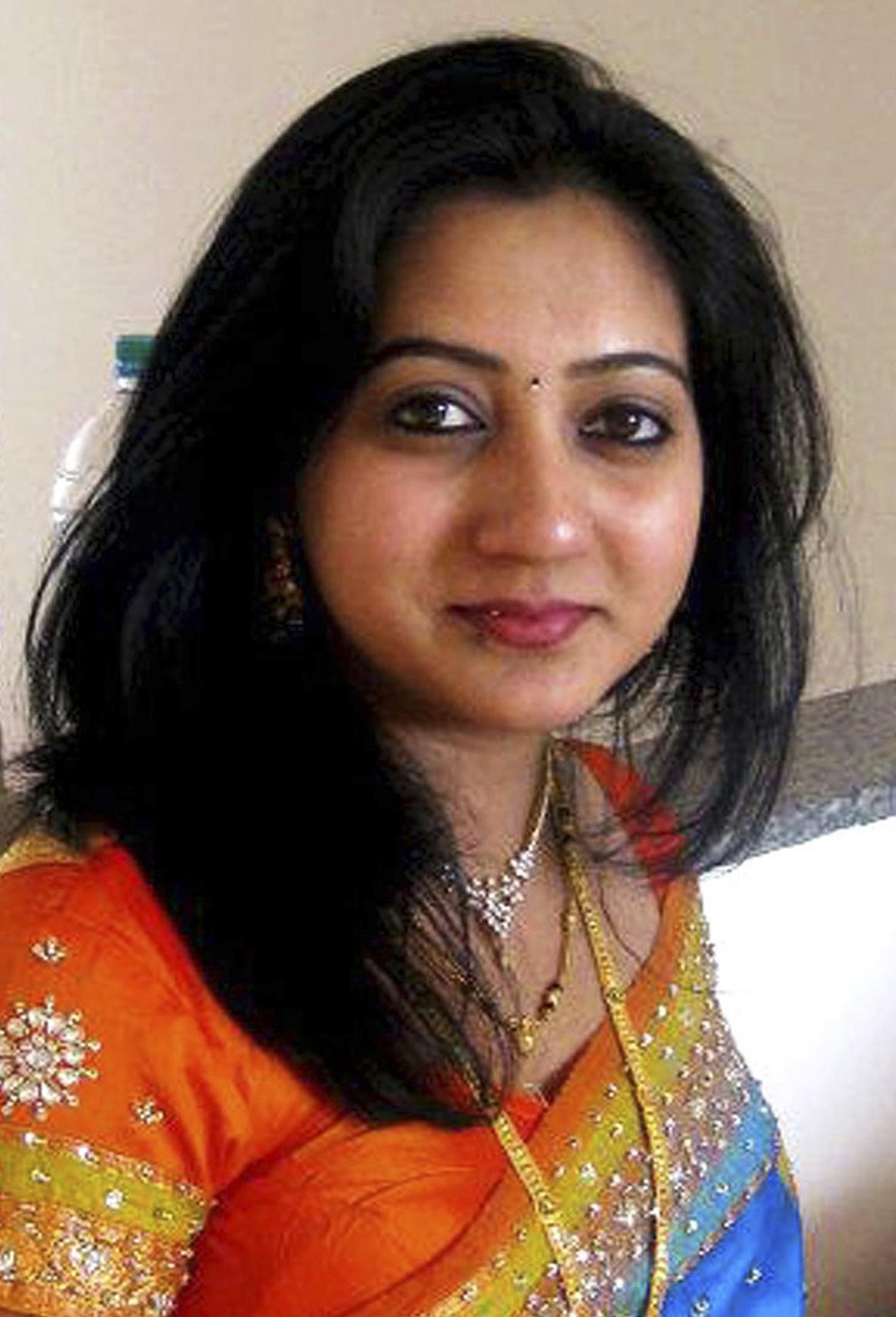 The No side claims that one in five pregnancies in the UK leads to abortion. This figure has been heavily disputed as misleading.

Between January 1980 and December 2016, 170,216 women and young girls travelled from the Republic of Ireland to access abortion services in another country. 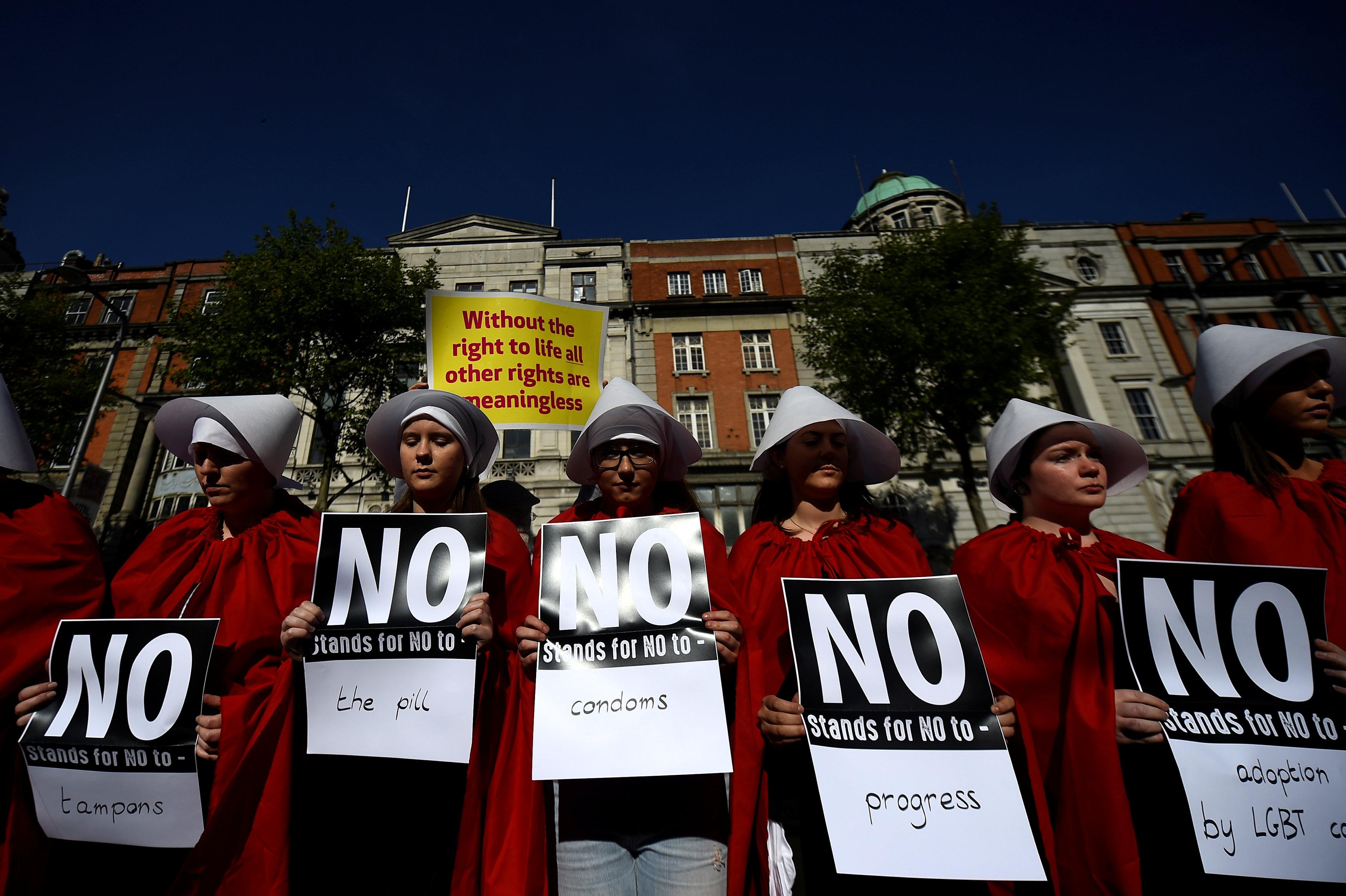 The decrease has been ­attributed to the increased availability of abortion pills on the internet — a practice the Yes side argues is dangerous and unregulated.

The Government is split on the vote, with many politicians desperate not to be drawn on the issue and face their ­personal support collapsing.

Taoiseach Leo Varadkar is pro-repeal, yet his Fine Gael party is allowing a free vote. Mr Varadkar, who caused ­controversy in the UK because of his hard stance on Brexit, has said a Yes vote will not lead to an abortion free-for-all.

He has said: “I am calling for a Yes vote because I trust women and I trust doctors. 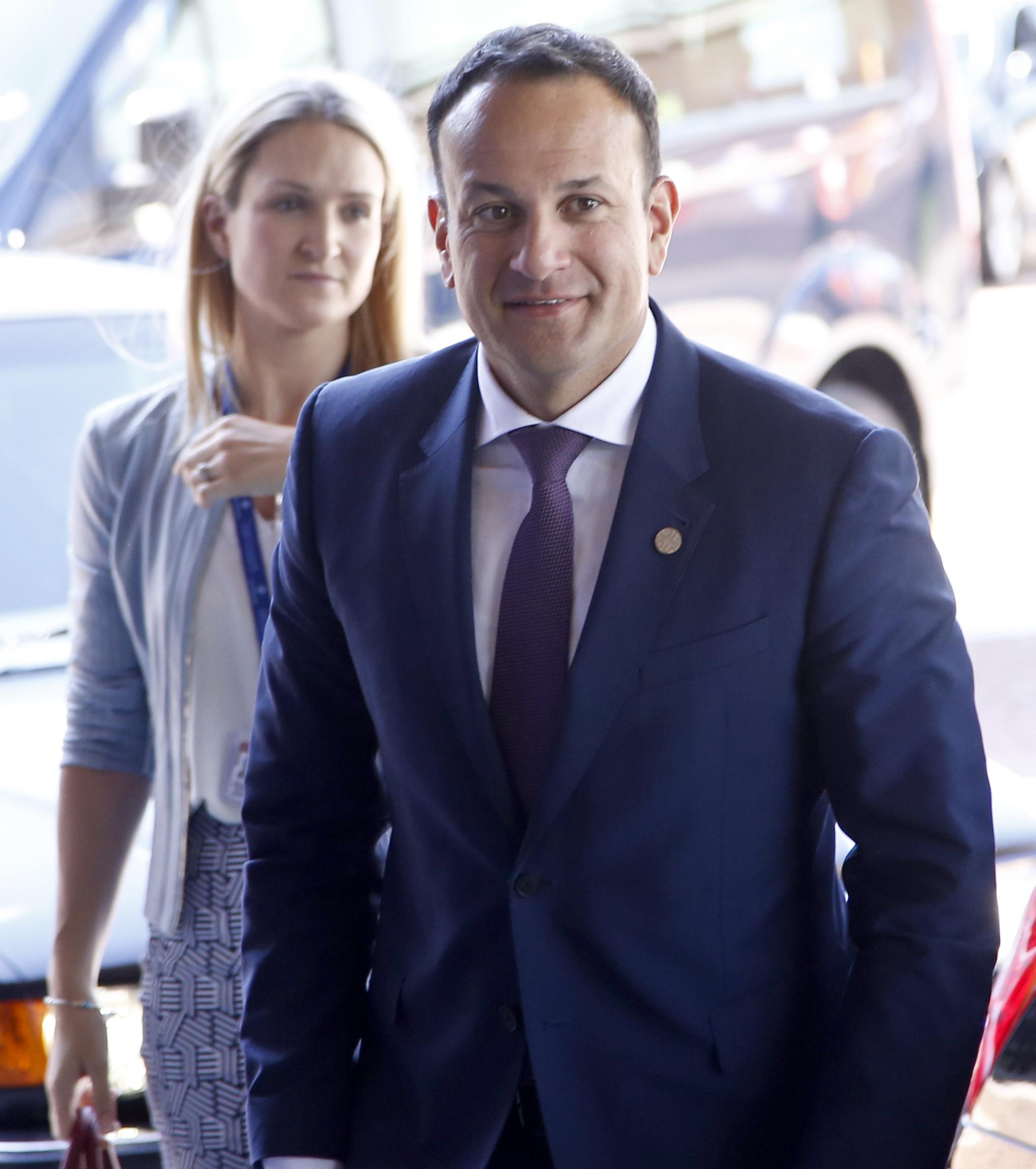 “I believe a Yes vote will allow us to look our sisters, our friends and our families in the eye when for far too long we have looked away.

“Now is the time to change and to put compassion at the centre of our laws.”

But this is Varadkar’s first referendum — and with the Yes side only slightly ahead in the polls, the result could be significant for him.

If the vote to repeal the Eighth Amendment falls short, the Taoiseach would shoulder much of the blame. 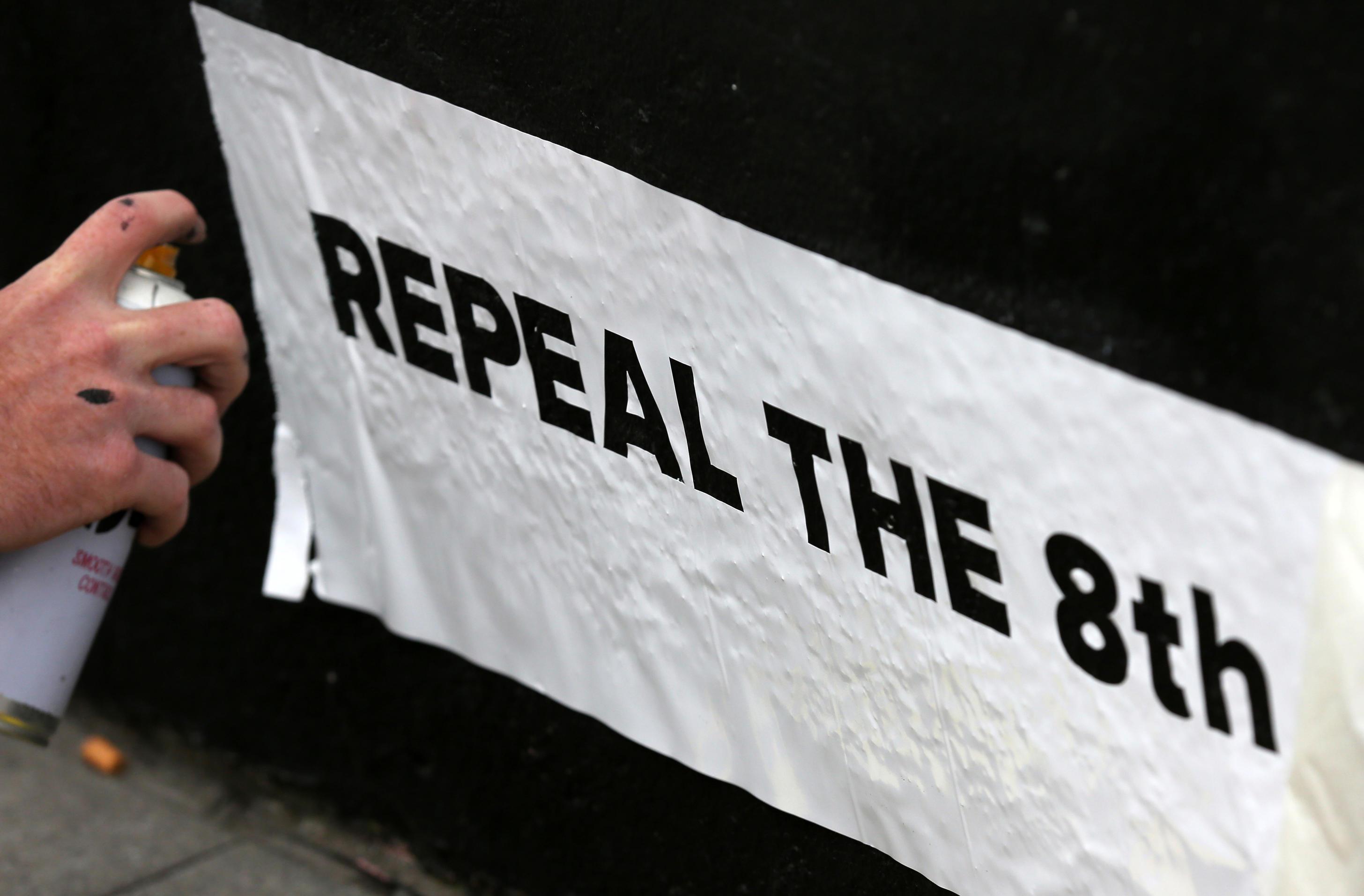 A No vote ­tomorrow could prove the kind of blow from which he never recovers.

Save the Eighth ­campaigners, who are strongly influenced by the Catholic Church’s anti-abortion stance, believe that a Yes vote will lead to abortion on demand.

Leading No campaigner John McGuirk said: “The repeal of the Eighth Amendment will not make women safer in ­pregnancy. It will simply change only how politicians may legalise abortion. 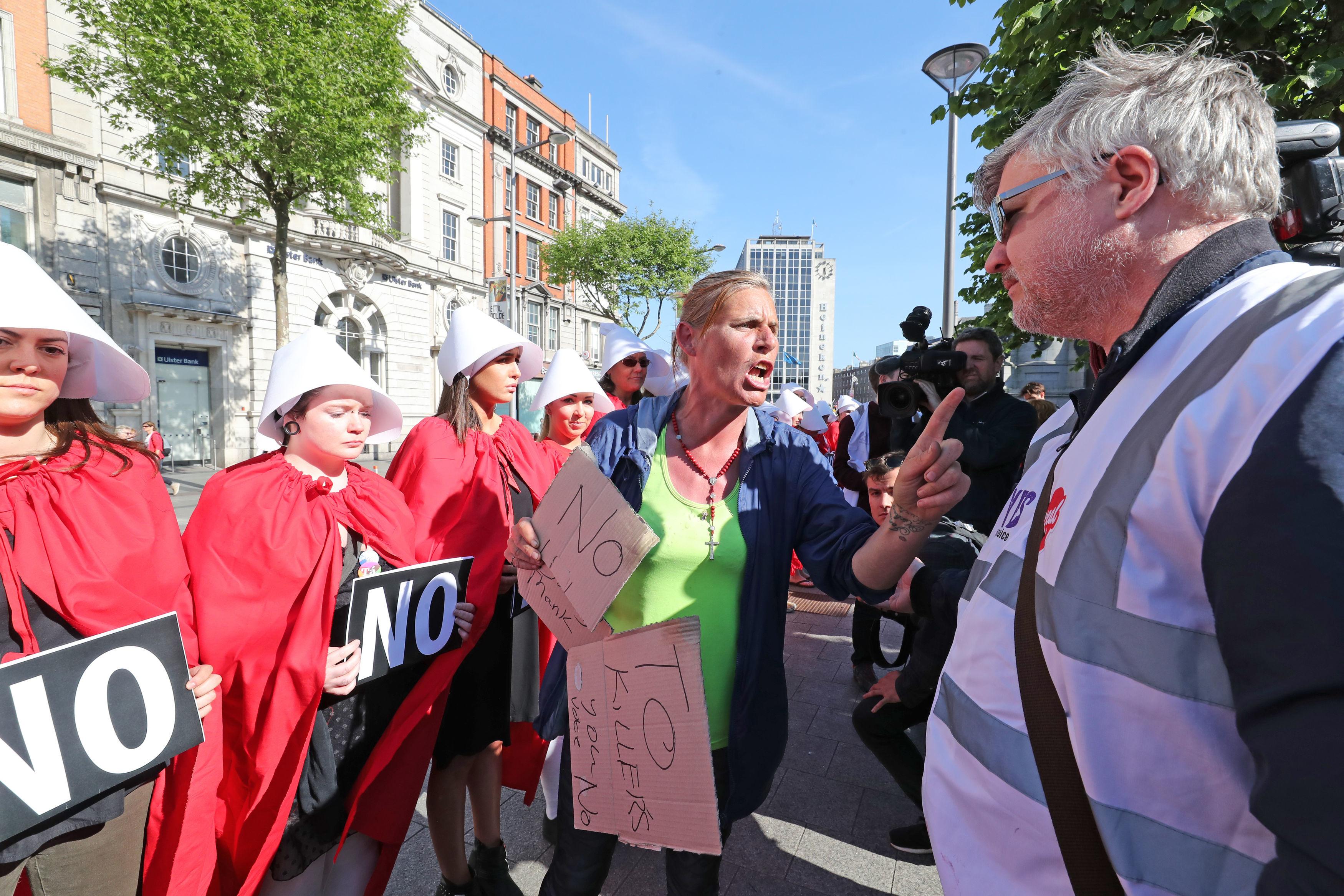 Many years after the case of Miss X, the issue of abortion returned to public prominence following the death of Indian dentist Savita Halappanavar, 31, at ­Galway’s University ­Hospital.

In October 2012 she arrived at the hospital with a septic miscarriage at 17 weeks and requested an abortion. It was denied by the medical team because there was still a foetal heartbeat present.

The doctors failed to ­diagnose a blood infection and did not determine that her life was in danger.

She went into cardiac arrest and died on the operating table in October 2012 after her baby had miscarried. An earlier ­termination would most likely have saved her life. 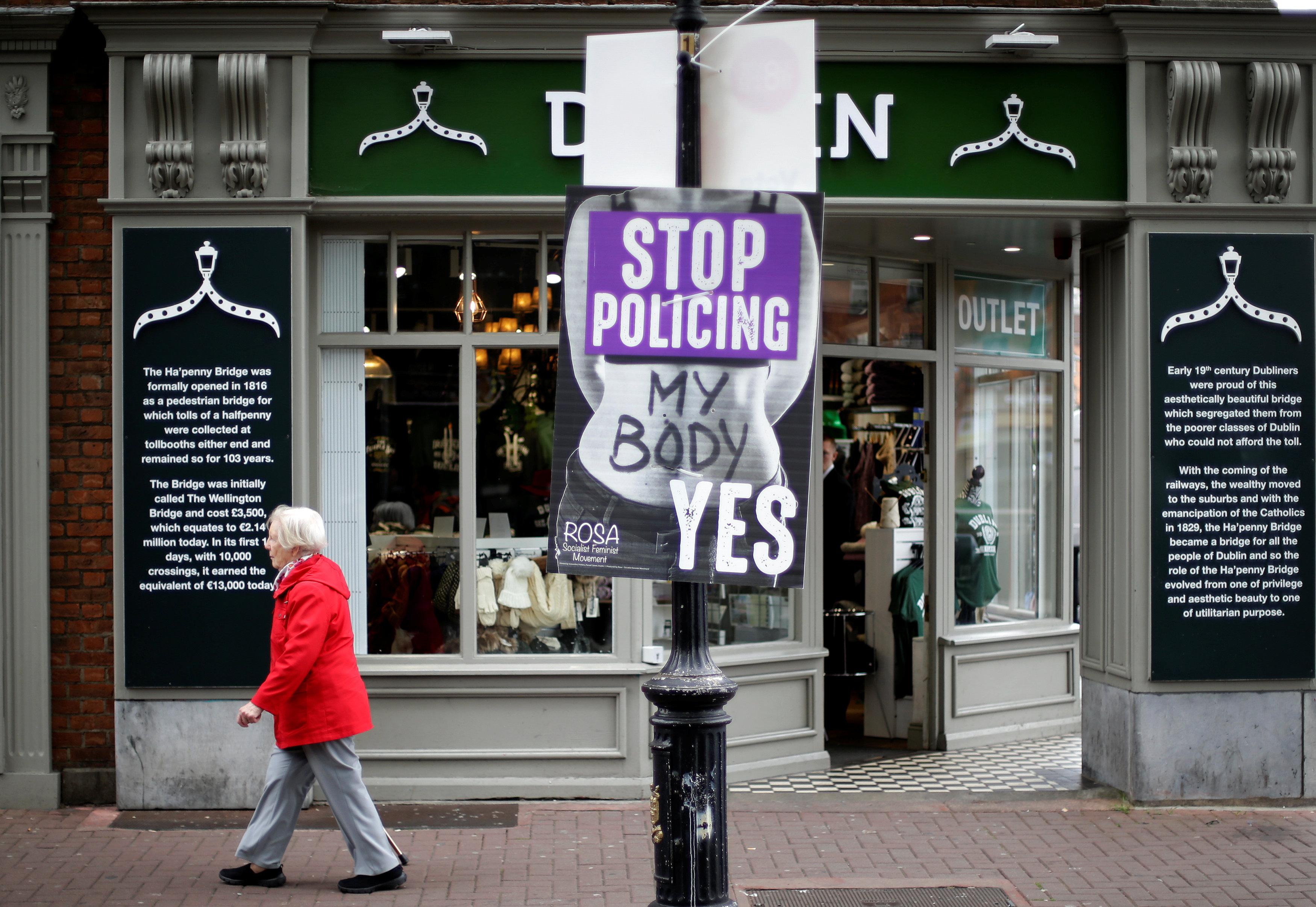 Her husband later said he was told she could not get an abortion because Ireland was a “Catholic country”.

At an inquest, her death was ruled to be caused by medical misadventure.

It was Savita’s death which accelerated the Repeal The Eighth campaign — but many more years of controversy have led Ireland to tomorrow’s ­historic vote. It will go right down to the wire.