Sore ring: Irish tourist is arrested after ‘swallowing diamond jewellery as he tried to steal it from Turkish store’

An Irish tourist has been hospitalised after allegedly swallowing a £30,000 diamond ring – with police waiting to see if it can be returned ‘by natural means’.

Ian Campbell, 54 and thought to be from Newry, County Down, is alleged to have downed the ring while at a jewellery shop in the Marmaris district of Turkey on Tuesday.

The ring, worth around £30,756, was this morning still lodged in the alleged thief’s abdomen. 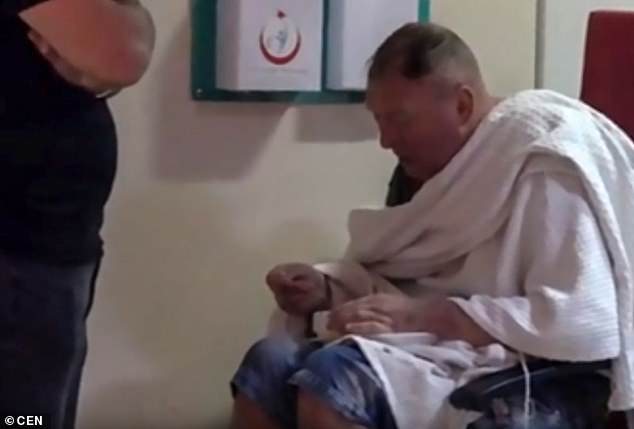 Ian Campbell (pictured) is seen at Marmaris State Hospital in Turkey after allegedly downing a 2.5 carat diamond ring. Police had been waiting this morning to see if he would pass the gem ‘naturally’ 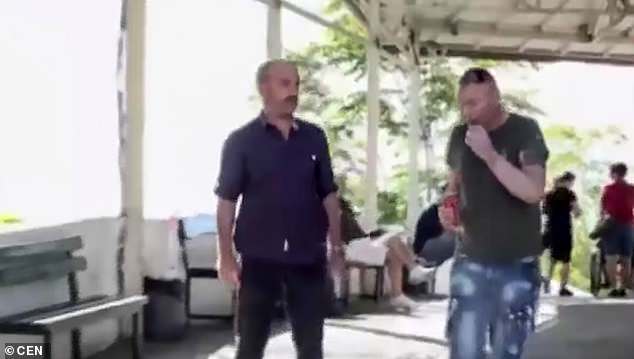 Doctors have been ordered to carry out surgery on Mr Campbell (right) should he not pass the gem through natural means. He is to be taken to court once the ring is retrieved, a source close to the investigation revealed

And if he is not able to pass the 2.5 carat sparkler naturally Turkish authorities have ordered him to undergo surgery.

Local media report the Irish holidaymaker had tried to escape the shop with the ring prior to swallowing it.

But the shop assistant is said to have become suspicious and locked the front door to prevent Campbell leaving with the ring.

Just moments later he is said to have swallowed it with the jeweller calling the police soon after. 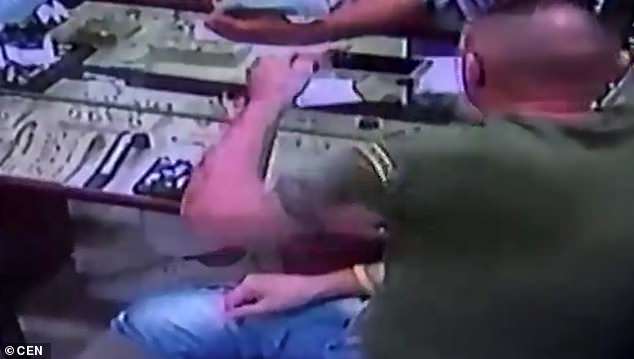 Campbell (pictured) can be seen inspecting the ring at the jewellers. He is then said to have put it in his wrist before trying to make off with it – before the jeweller became suspicious 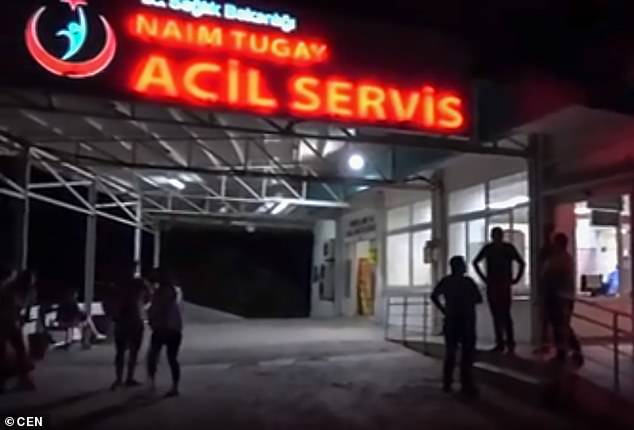 Campbell was taken to Marmaris State Hospital in Turkey (pictured). Police were waiting this morning to see if the 54-year-old Irishman would pass the gem ‘naturally’

A source close to the investigation told The Irish Sun: ‘The suspect is still at the hospital.

‘We will wait to see if he passes the ring but if he doesn’t we have permission to have him operated on to get it back.

‘Once he leaves hospital, the suspect will be taken to court, where he could be remanded in custody or placed under strict bail conditions while he awaits trial in Turkey.’

Campbell remains at Marmaris State Hospital where police continue to wait for the return of the ring.

The jeweller told reporters that he was still waiting to have his ring returned and confirmed that he had made a criminal complaint with the police about the incident.