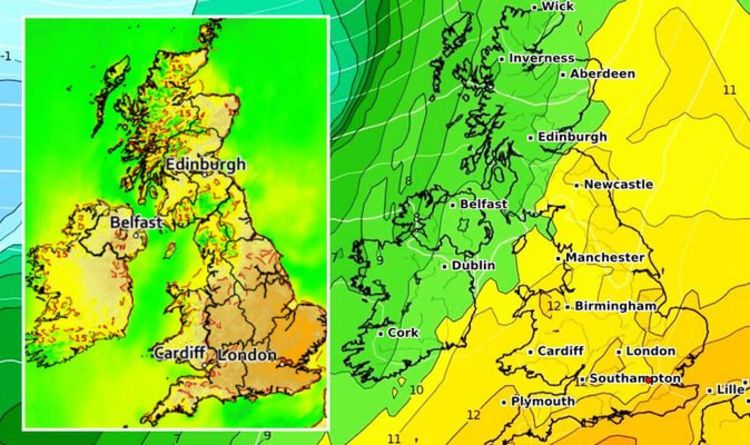 The Met Office issued severe weather warnings for thunderstorms today with the forecaster predicting a scorching heatwave to return in the wake of the thundery conditions. Torrential downpours hit many parts of the country on Monday, with northern and eastern parts of England seeing the heaviest rainfall.

Weather forecasters are predicting the mercury to climb to reach 30C highs.

These highs surfaced after a sustained period of low pressure, with heavy rainfall and prolonged downpours during May.

Wales saw its wettest May since records began in 1862, more than doubling the long-term average for the month.

In the wake of these conditions, a heatwave hit the UK with sizzling highs being recorded across the country. 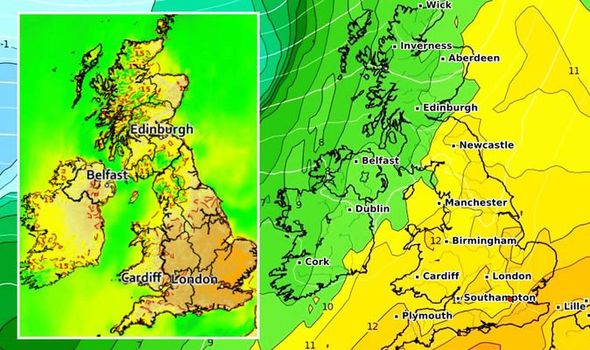 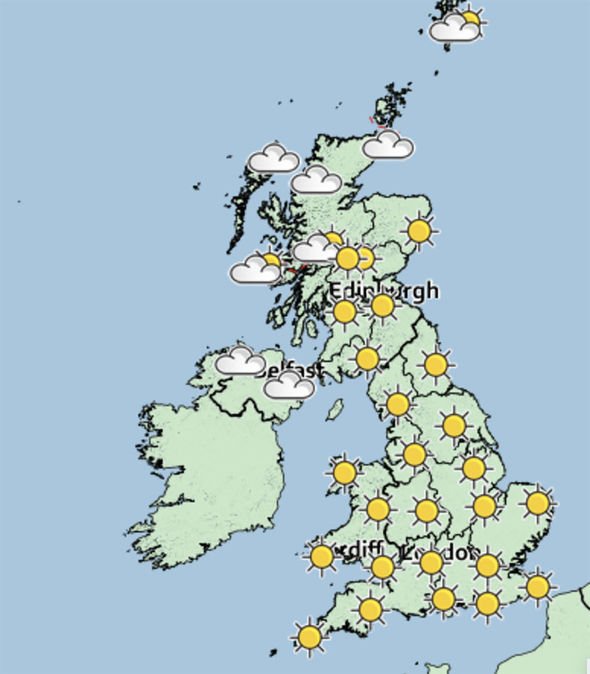 Last week, the UK basked in the hottest day of the year so far, with the mercury rising to 29C.

The Met Office weather forecast for this week suggests conditions will be largely dry between Wednesday and Friday, with temperatures climbing and becoming very warm in eastern areas.

From June 12 to 21, the Met Office predicts: “High pressure is likely to bring a lot of dry and settled weather across the country at first.

“The exception is across the far northwest where occasional spells of cloud and rain accompanied by stronger winds are likely.

“As we head into the second half of next week, there are signs that less settled conditions could extend to other parts of the country with temperatures returning to nearer normal by the end of the week.

“This change is likely to be accompanied by a spell of rain, potentially thundery in places, and some stronger winds than of late.” 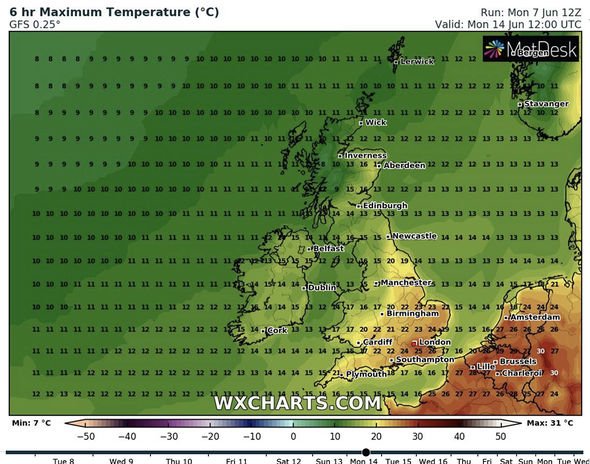 Towards the end of June, the heatwave is expected to continue with most of the UK experiencing fine and dry weather.

Although the forecaster warned there could be a few showers in some places, with rain in the far north expected at times.

Temperatures will be above average for the most part.

However, coming into July, conditions will likely become more unsettled, with an increased risk of rain. 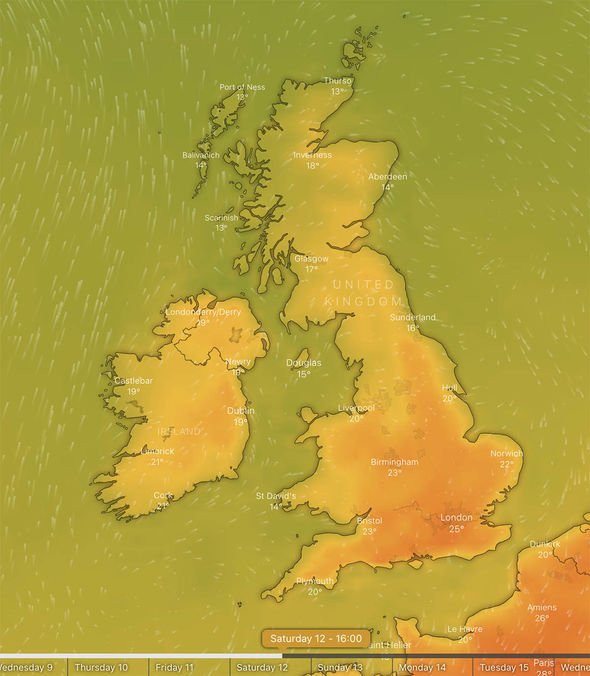 Weather maps and charts from WX Charts and Weather Outlook show Britain is facing scorching temperatures in the high 20s later this week and through to June 14.

Sunshine has been forecast for most areas of the UK, with London likely to experience highs of 26C.

This is forecast to be hotter than the Caribbean, Barcelona and Nice.

Weather Outlook forecaster Brian Gaze predicted temperatures on Friday could potentially climb higher than the hottest day of the year so far, which saw sizzling highs of 28.3C hit London on June 2.

Mr Gaze said temperatures could soar to hit 30C this week, although they may not stick around for long as cooler air then pushes in.

He said: “There is a realistic possibility of 30C being reached in the UK for this first time this year before temperatures dip.

“Things are more mixed the further northwest you go due to an Atlantic influence.

“In many ways, this is a typical pattern for the UK summer, with the Azores high pressure having more influence over the southern half of the country.” 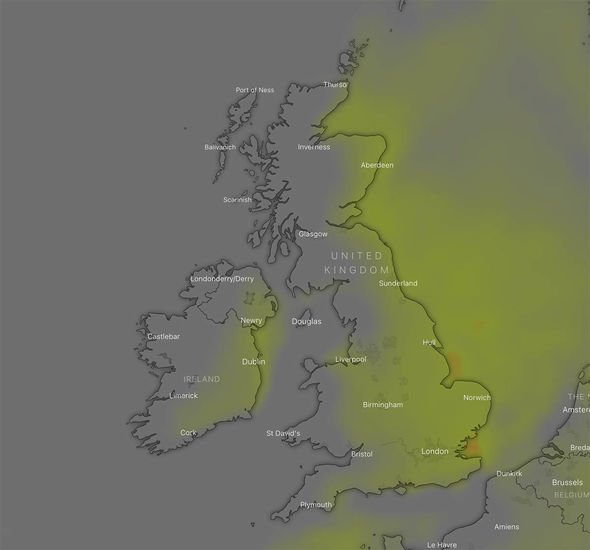 Temperatures will skyrocket to hit more than 30C this week according to bookmaker Ladbrokes.

The bookies have slashed odds from 5/4 to just 1/3 that any part of the UK sees 30C temperatures or higher before the week is out.

Elsewhere, it remains a 4/5 shot for a hosepipe ban to be issued anywhere in the UK this month.

The odds are at 4/6 this June will be the hottest June on record.

Alex Apati of Ladbrokes said: “The latest odds suggest we’re well on course for a record-breaking hot month, with temperatures now likely to smash the 30C barrier before the week is out.”