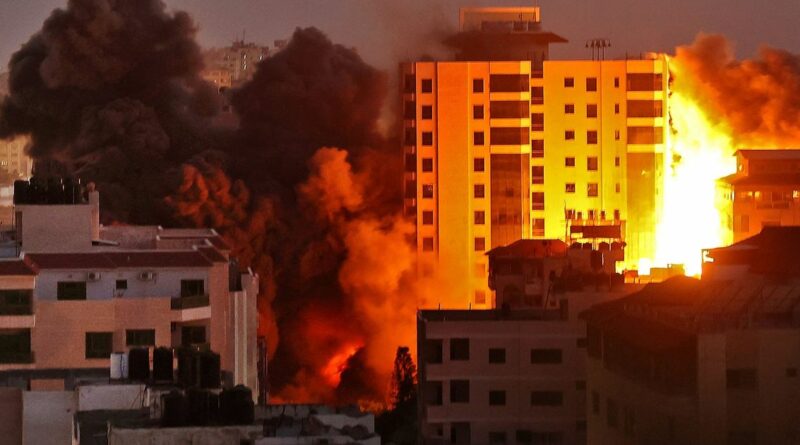 Israel and Palestine are heading into "full-scale war" after at least 35 people including 10 children were killed in Gaza with three more in Israel, experts have warned.

Riots have broken out in Lod city which is now in a state of emergency as unrest by furious Arab Israelis spreads across the country.

Israel has said it sent 80 jets to bomb Gaza and dispatched infantry reinforcements to tanks gathered on the Palestinian border.

It comes after Palestinian militant group Hamas said it had fired hundreds of rockets at Israel including the city of Tel Aviv, the Mirror reports.

"We're escalating towards a full-scale war. Leaders on all sides have to take the responsibility of de-escalation.

"The cost of war in Gaza is devastating and is being paid by ordinary people. UN is working w/ all sides to restore calm. Stop the violence now."

Brits heading to Israel risk being caught up in the violence after it was officially put on our green travel list for quarantine-free holidays from next Monday.

The Middle Eastern country has led the world in getting its people Covid jabs.

Video footage on Tuesday showed three plumes of thick, black smoke rising from a 13-storey Gaza residential and office block as it toppled over after being demolished by Israeli airstrikes.

One multi-storey residential building in Gaza collapsed and another was heavily damaged after they were repeatedly hit by Israeli airstrikes early on Wednesday.

The Israeli military said the building, in Gaza City's Rimal neighbourhood, housed "multiple" Hamas offices, including ones for military research, and development, and military intelligence.

Israeli political leaders and the military said they had killed "dozens" of militants, and hit buildings used by Hamas.

Defence Minister Benny Gantz said Israel had carried out "hundreds" of strikes, and that "buildings will continue to crumble." Gaza's health ministry said that, of the reported dead, 10 were children and one was a woman.

Hamas's armed wing said it fired 210 rockets towards Beersheba and Tel Aviv in response to the bombing of the buildings in Gaza City.

In Tel Aviv, air raid sirens were heard around the city.

Israel's Magen David Adom ambulance service said a 50-year-old woman was killed when a rocket hit a building in the Tel Aviv suburb of Rishon Lezion, and that two women had been killed in rocket strikes on Ashkelon.

It was some of the worst offensive strikes between Israel and Hamas since a 2014 war in Gaza and sparked international concern that the situation could spiral out of control.