DUBAI/JERUSALEM/WASHINGTON (Reuters) – Israel and the United Arab Emirates announced on Thursday that they will normalise diplomatic ties and forge a broad new relationship, a move that reshapes the order of Middle East politics from the Palestinian issue to the fight against Iran. 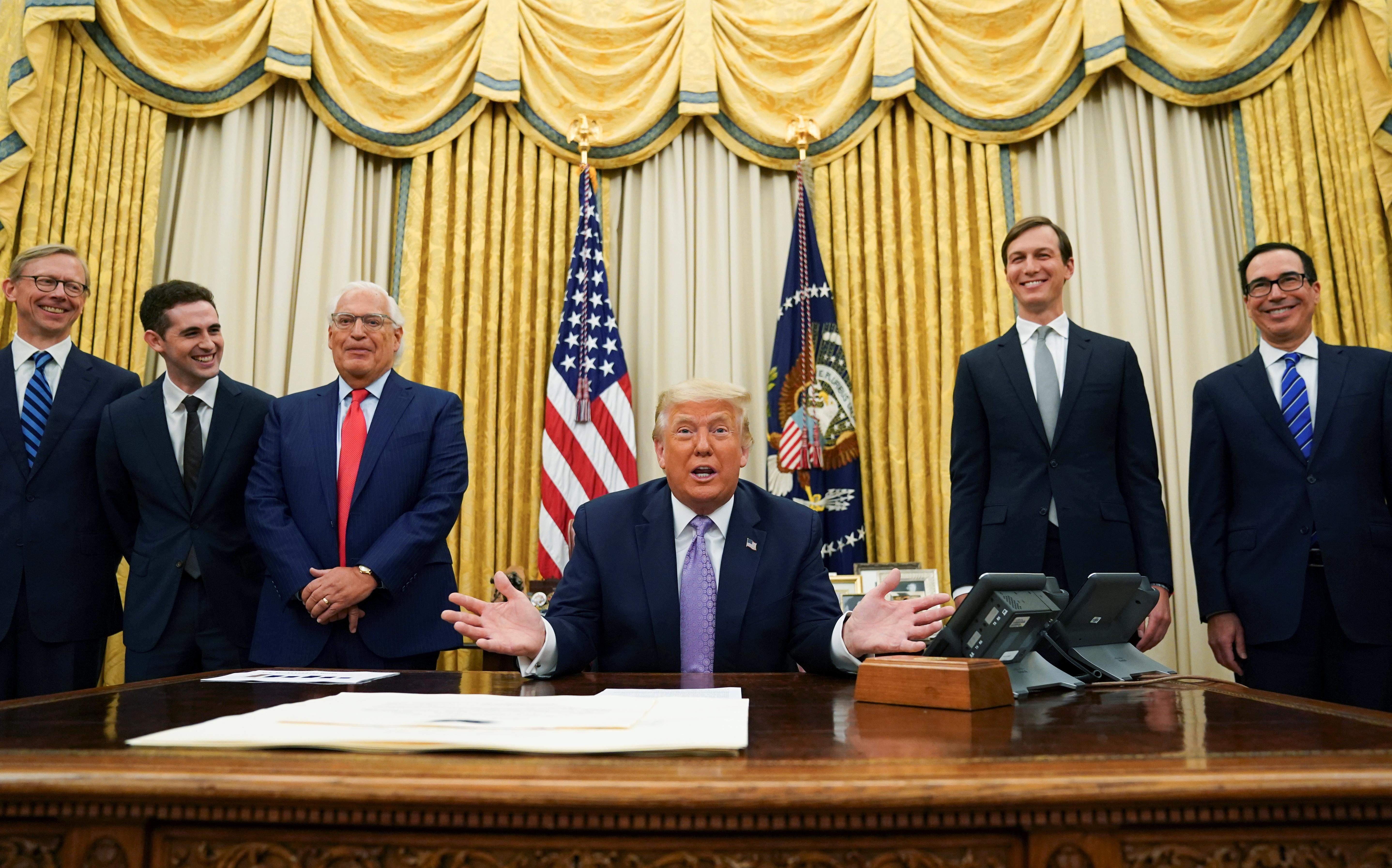 Under the accord, which U.S. President Donald Trump helped broker, Israel agreed to suspend its planned annexation of areas of the occupied West Bank. It also firms up opposition to regional power Iran, which the UAE, Israel and the United States view as the main threat in the conflict-riven Middle East.

Israel had signed peace agreements with Egypt in 1979 and Jordan in 1994. But the UAE, along with most other Arab nations, did not recognise Israel and had no formal diplomatic or economic relations with it until now. It becomes the first Gulf Arab country to reach such a deal with the Jewish state.

Officials from the three countries called the accord “historic” and a breakthrough toward peace. But Palestinian leaders, apparently taken by surprise, denounced it as a “stab in the back” to their cause.

The accord will allow the two countries “to chart a new path that will unlock the great potential in the region,” it said.

Israel and the UAE are expected soon to exchange ambassadors and embassies. A signing ceremony is due to be held at the White House.

“As a result of this diplomatic breakthrough and at the request of President Trump with the support of the United Arab Emirates, Israel will suspend declaring sovereignty” over areas of the West Bank as envisioned in a U.S. plan announced by Trump in January, it said.

The agreement, to be known as the Abraham Accord, also gives Trump a foreign policy accomplishment as he seeks re-election on Nov. 3. Speaking in the White House Oval Office, Trump said similar deals are being discussed with other countries in the region.

Trump said the agreement unites “two of America’s closest and most capable partners in the region” and represents “a significant step towards building a more peaceful, secure and prosperous Middle East.”

The UAE said it would remain a strong supporter of the Palestinian people, who hope to create an independent state in the occupied West Bank, Gaza and East Jerusalem, and that the agreement maintained the viability of a two-state solution to the longstanding Israel-Palestinian conflict.

The accord could also be a personal boost to Netanyahu, who is on trial for alleged corruption and whose domestic popularity has dropped over his handling of the coronavirus pandemic.

In a televised address, Netanyahu said the deal would lead to “full and formal peace” with the UAE and voiced hope that other countries in the region would follow its example. It also entailed acceding to a request from Trump to “temporarily wait” on implementing his annexation pledge, Netanyahu said.

“It’s an incomparably exciting moment, a historic moment for peace in the Middle East,” Netanyahu added.

Palestinian President Mahmoud Abbas, however, rejected the accord. Spokesman Abu Rudeineh, reading from a statement outside Abbas’s headquarters in Ramallah in the West Bank, said it was a “betrayal of Jerusalem, Al-Aqsa (mosque, Islam’s third-holiest shrine) and the Palestinian cause”.

Asked if the Palestinian leadership had been aware the deal was coming, veteran negotiator Hanan Ashrawi told Reuters: “No. We were blindsided. … It is a complete sell-out.”

In Gaza, Fawzi Barhoum, a spokesman for the armed Islamist group Hamas, said: “Normalisation is a stab in the back of the Palestinian cause and it serves only the Israeli occupation.”

The UAE’s Sheikh Mohammed bin Zayed said the agreement would stop further Israeli annexation of Palestinian territories, for which Israel had been awaiting a green light from Washington.

Senior UAE official Anwar Gargash said the deal had helped defuse what he called a ticking time-bomb. Gargash urged the Israelis and Palestinians to return to the negotiating table.

Trump’s special envoy Brian Hook called the agreement a “nightmare” for Iran. An Iranian official said the agreement would not secure peace in the region.

Railing against “criminal Israel”, Hossein Amir-Abdollahian, a special adviser to Iran’s parliamentary speaker, said in a tweet: “Abu Dhabi’s behaviour has no justification, turning back on the Palestine cause. W/ that strategic mistake, #UAE will be engulfed in Zionism fire.”

Iran and Israel are arch foes. Israel is particularly concerned about suspected Iranian efforts to develop nuclear weapons, which Tehran denies. Iran is also involved in proxy wars from Syria to Yemen, where the UAE has been a leading member of the Saudi-led coalition opposing Iran-aligned forces there.

With a population of less than 10 million but the Arab world’s second-largest economy thanks to oil, the UAE has exerted growing commercial and military clout in the Gulf and the wider region over the past two decades, much of it aimed at confronting Islamist militants and the influence of Iran.

Delegations from Israel and the United Arab Emirates will meet in the coming weeks to sign agreements regarding investment, tourism, direct flights, security, telecommunications and other issues, the joint statement said.

“Everybody said this would be impossible,” Trump said. 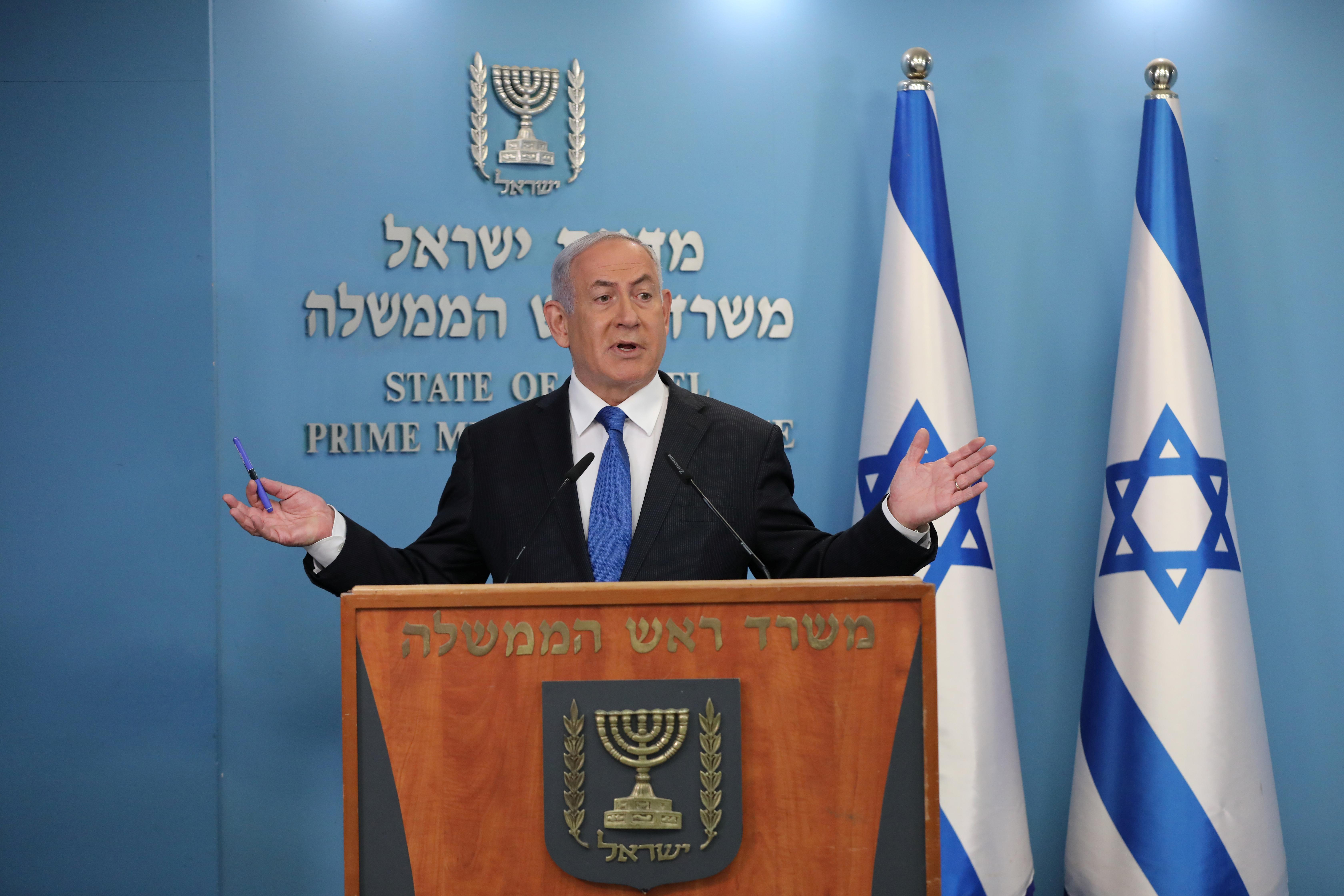 “Now that the ice has been broken, I expect more Arab and Muslim countries will follow the United Arab Emirates’ lead,” Trump added.

This was already being discussed with other states, he said.